this is more like a… picture update because I couldn’t retrieve the pictures from the cameraman before I go to NS. so here’s a little from my Sony compact camera. will have another magical post next time okay? kekeke. 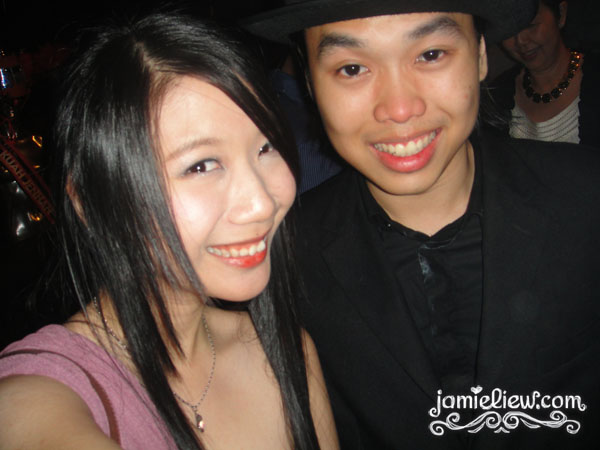 the person who makes every jaw drop, David Lai. 2 alphabets away from Blaine. very talented, hosted a few shows in the Arab. and he is only twenty something. haven’t hit twenty five yet. shall let you guess his age =P. a truly admirable person. really lah his new trick magic where he drops a card of some number picks it up and it becomes another number is AWESOMEEEEEEE. totally beat David Copperfield. *coughs*. to me he is really better, so you Copperfield fans please don’t get offended kekekeke. and what’s with Davids and Magic?! 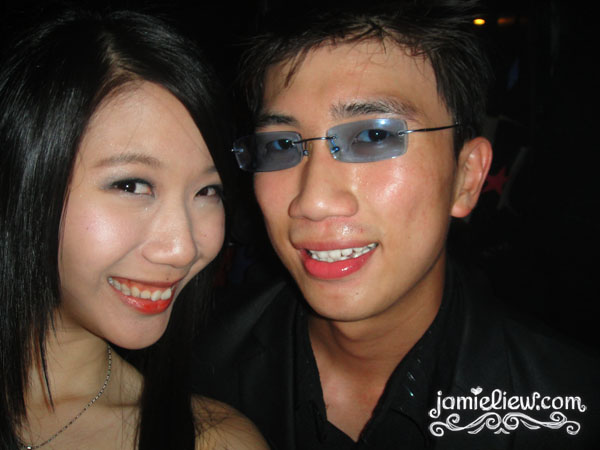 thanks for the night Zlwin! =D. [my face is TOO vamp in here, scare people no? T_T.]

poor guy he was sick and still working till so late. sweat were dripping from his chin!

and Zlwin the second person who makes all jaws drop. and I didn’t know he could do that thing that makes me go cookoo whenever I watch it on youtube. and it isn’t a camera trick it’s what I’ve seen with my own eyes and it is creepily awesome @@.

here’s a video of it!

seriously, it’s super awesome. just LOOK AT THE CROWD IN THE CLIP! but then such a waste Zlwin showed a small crowd of people, so the screams wasn’t as dramatic. kekeke. but still, AWESOME! 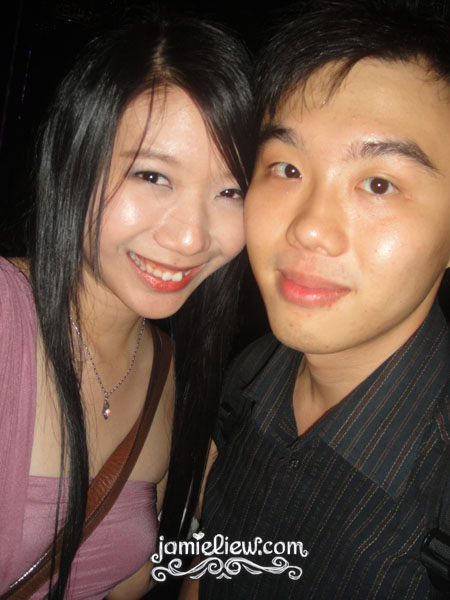 and Simon. phew~! three magician’s in a row. need me to say more?!

he read my mind that day. he did some kind of prediction thing. bloody accurate T_T. 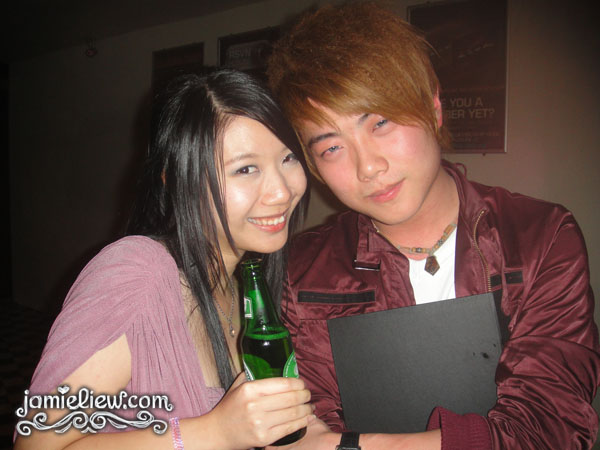 here’s my drunken old friend! I’ve not met him in a LONG LONG while!

his name is Jackson, my clan mate. I know, not like I am in some gangster group or what right. it’s a gaming clan, o2jam? ever heard of it? haha. it’s the past but yeah, we used to have events and all, it’s pretty fun ^^.

and it’s funny to see how we’ve grown. lol. 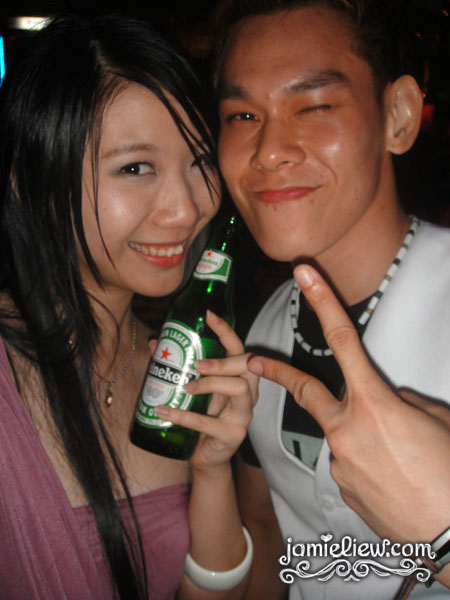 Fellest Yan, the famous breakdancer. a friend of Jackson. hahaha. and my almost finished bottle of Heineken. I finished it ok! =P. in such a short while jeez. I don’t want beer belly wuwuwuuwwuu. 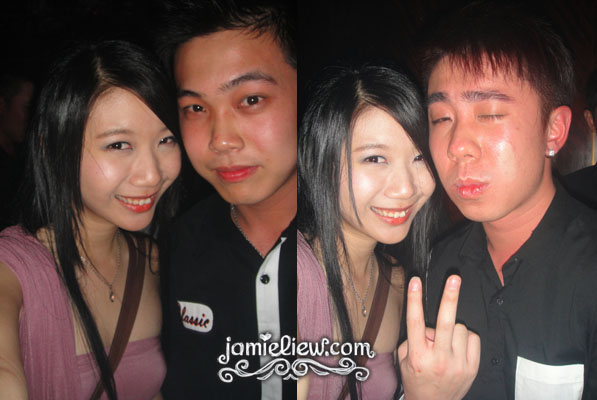 my two super duper old friend. older than Jackson even. haha. on the left’s Ernest, one of my very few friend’s I’ve known since I’m in diapers. good looking ey? =). *and just so you get jealous, all of my 4 knew-since-I’m-a-baby friends, are very good looking guys. HAHAH!*

and that red lobsterish guy on the right is Marc. used to be the O2 GM. =D. he is the guy who taught me that age is only a number and it doesn’t matter. =3. so me being non-ageist, he plays a pretty big role. 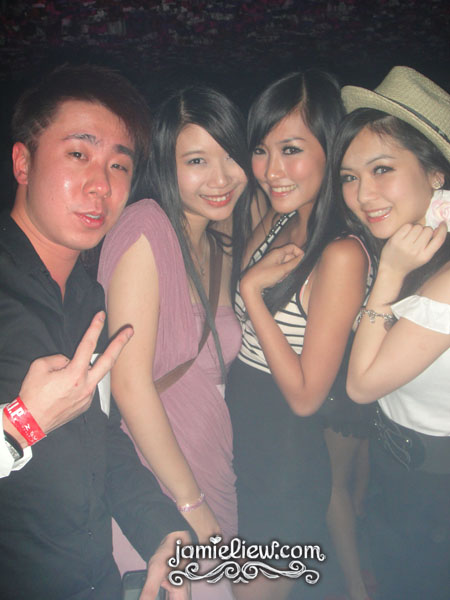 the lobster Marc, the fat (compared to THEM!) Jamie, the model Natalie and a very sweet and pretty looking girl. =D. 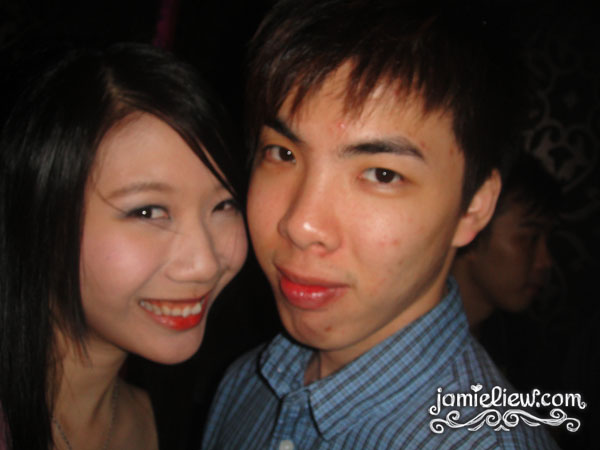 Mr Hikaru Lim. a blogger. bumped into him MANY MANY MANY times that night. incredulous.