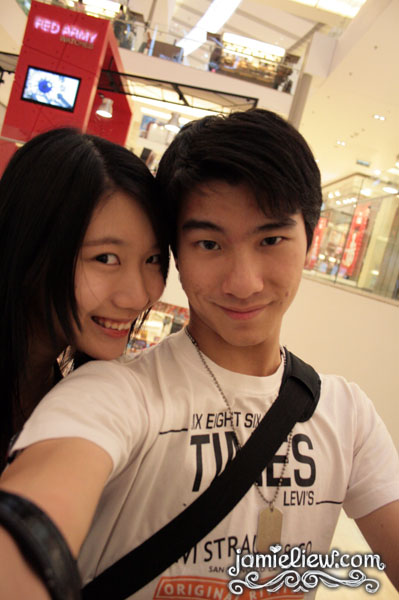 this is Yee Jin. (who he himself too, think that his smile is very.. wicked/horny/humsup) he studies in HELP and is single HAHAHA. and is looking for hot girls that studies in his college too *coughs*. just joking. actually I don’t know if he would still be available when this post is up =D. I shall just assume so. =S. a dear friend of mine =). Sandra was supposed to come but she last minute FFK (fong fei kei/ditched) us. 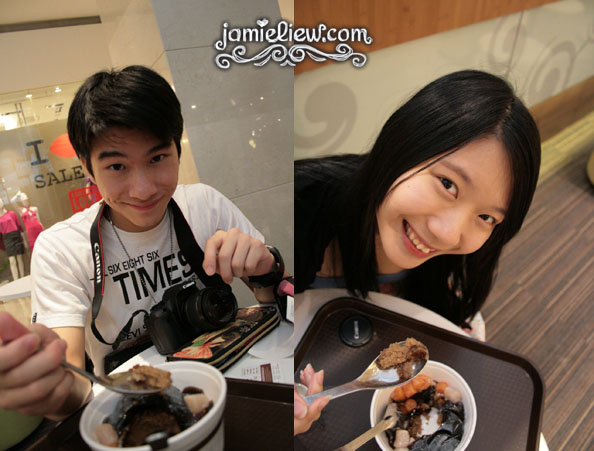 back to snowflake. actually, I find it pretty good. just the erm, yam/potato chewy things like gummies. they are a little.. I don’t know. I’ve had those snowmountains in China opened by Taiwanese people which is something like this, but more variety and somehow it still tasted better. probably because it is different haha. but other than that, I really liked their brown ice kachang that looks really like brown sugar at first! it’s rather addictive.

plus, their Nai Cha is SIMPLY THE BEST. go go go order it!

and who said I only have one type of facial expression. just that you cameramans/womans failed to capture my more natural poses (that wouldn’t actually look so bad). look at what my student can do! (kononnya hahahaha. I just some sort influenced him to buy a DSLR. heh.) 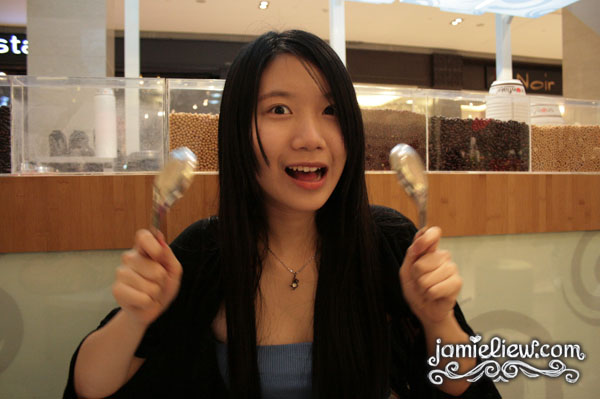 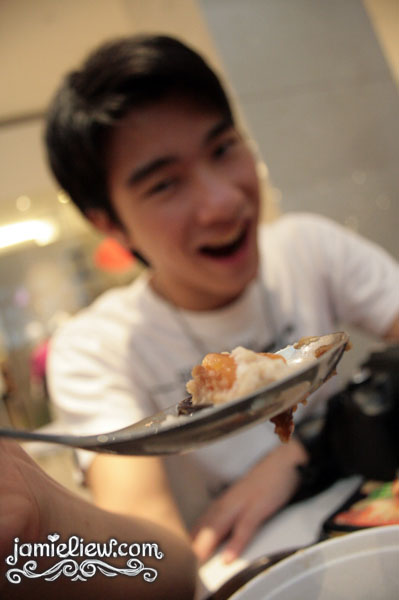 my pro and beautiful shot! MWAHAHAHAH. ain’t it pretty? =D. I love this shot.

other than err, his spoon should be a little bit more full. but never mind, NATURAL MAH =D. 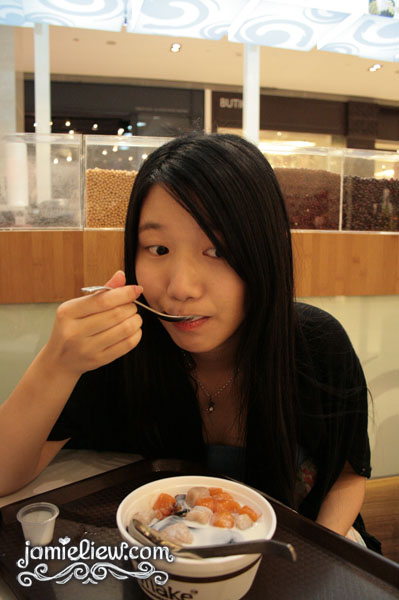