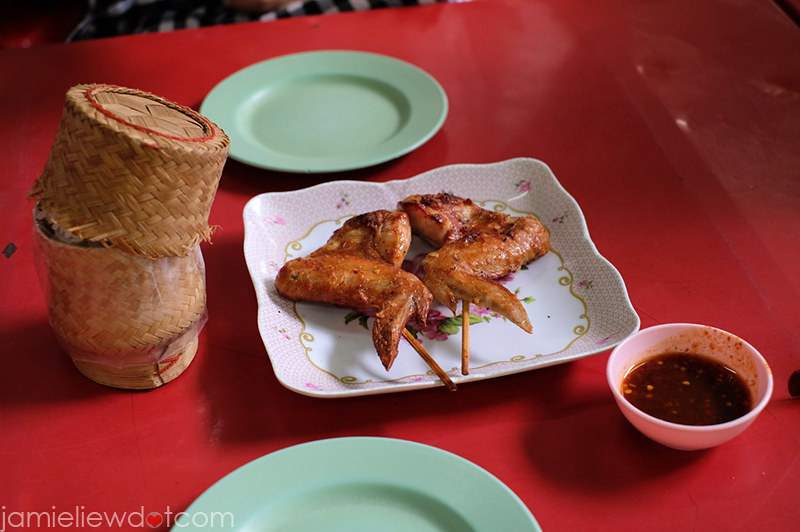 I’ve heard so much about how amazing food in Bangkok is. no doubt as Thai food makes it to my top 3 favourite types of cuisine. but to be very honest with you, I was a teeny weeny bit disappointed. because really, not all food are good. even those that are popular. I was expecting a majority of the food to be good because I hadn’t had much bad Thai food before.

For this trip, I’ve done a weeks worth of research mainly with Thailand’s most popular food youtuber– Mark Wiens. I used to watch his videos back when I was in Sophomore year of university. his videos are creepily addictive, but after a while after I noticed that he enjoys all food and heard that he has really low standards on food, (finds everything delicious) I kind of stopped. but interesting enough, there aren’t much food blogs/vlogs around in English that reports as well as he does. so for my first ever trip to Bangkok, I decided to try out some of the restaurants he recommended highly of.

so here’s one of the ones that I loved. I’ll also of course tell you which are the restaurants that are completely over rated. at the next post! (depends on how much you really need it!)

This authentic (said Mark) Isaan restaurant is located conveniently at the heart of Silom, a business district/half tourist spot which is also close to all the amazing street food (everything around the area looked and smelled absolutely delicious!) the catch of going to this restaurant is.. you’ll really need to rely on google as there’s no signboard. it’s a run down shack in the middle of the road and nobody in the restaurant speaks English, not even a lick it seems. but a good tip will be to show them pictures and they’ll know. but do note that they aren’t the best in customer service you really need to go after them to order. most things like water etc are self service and the best is probably to mimic other locals. at first we thought they are quite rude but realized quickly that they’re just too busy and after we finished eating they came around to ask us if we liked their food! 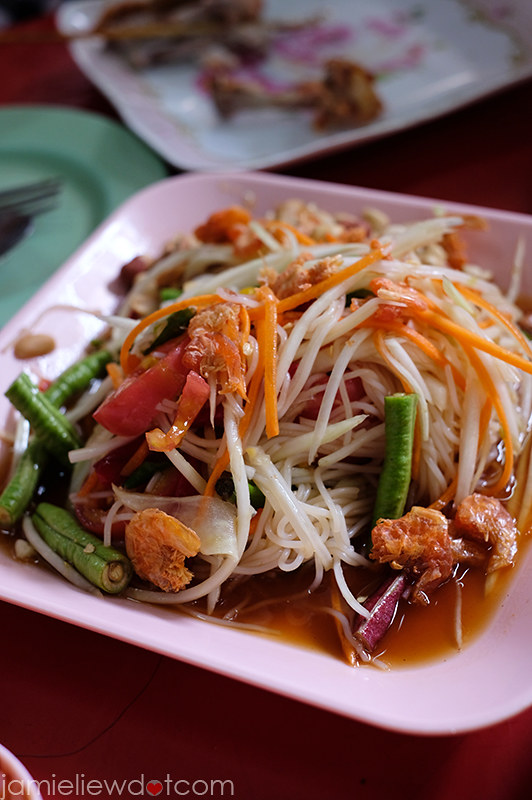 so, what are they famous for you ask? since their name says som tam (papaya salad), it must be som tam right? NOPE. their som tam is quite bland for my liking, perhaps I like strong flavours but their famous raw crab som tam and any other kind of som tam were just tooooo bland. the table next to us couldn’t eat it because they said it’s too spicy but me and my Japanese girlfriend didn’t think so at all! okay back to the topic, but their best dish is their chicken. I’m not the biggest fan of like… going to a chicken shop anywhere else ever since discovering Korean fried chicken. but this place, has legit the top 3 chickens I’ve ever had. it was so good I wished I had more stomach space to stomach a few more. 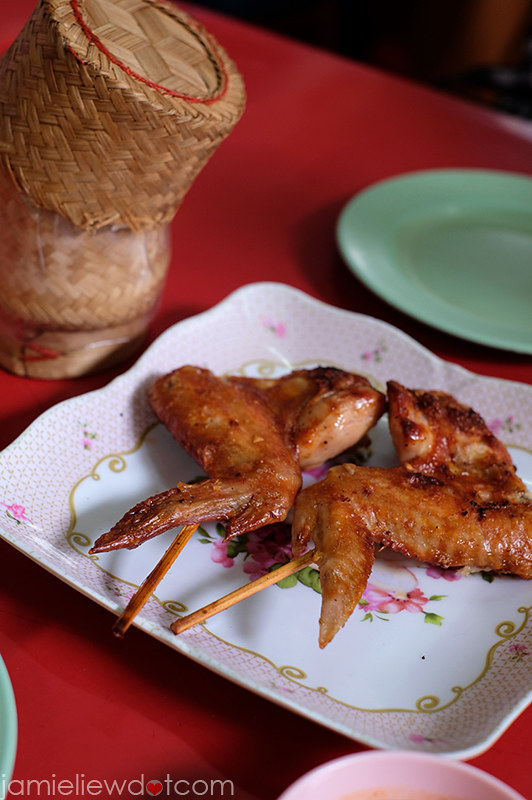 the chicken (pik gai yang) was cooked perfectly, tender but springy (? not sure how to describe good chicken lol) with thin skin that is so flavourful you can eat it without the sauce. BUT  are you kidding me? just look at that dipping chili sauce in the first pic. it looks amazeballs. and tastes phenomenal. you can even dip sticky rice into it (learned it from a Thai girlfriend!) 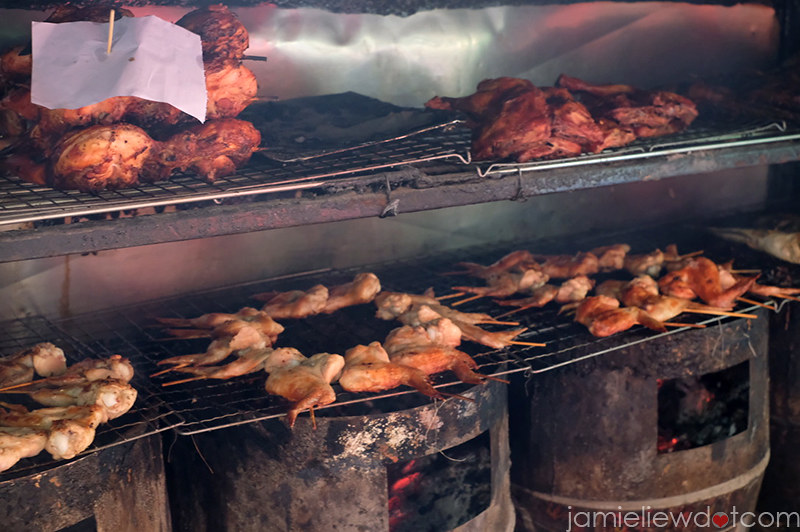 their chicken is so good, I saw many locals coming in having them take away in dozens. 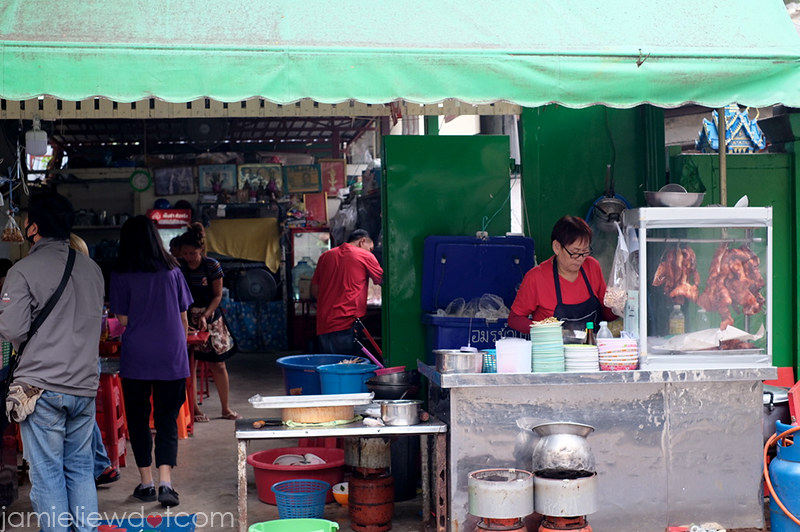 their little shack doesn’t have many seats, so do come early as there’ll be a queue during lunch hours. additionally, there’s only 3 people working from what I can see, therefore please go early! 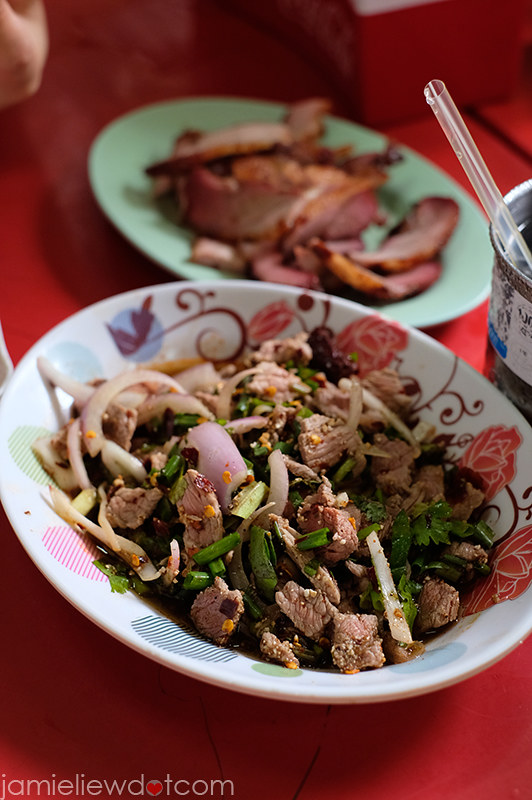 another dish that I thought was super yummy – this Isaan meat salad (laab neua) which went perfectly with their sticky rice. it wasn’t very spicy, but yet very flavourful with their local seasonings. it has a strong cilantro taste so if you’re not a fan of cilantro, you might not like it, but guess what, I LOVE CILANTRO!!! 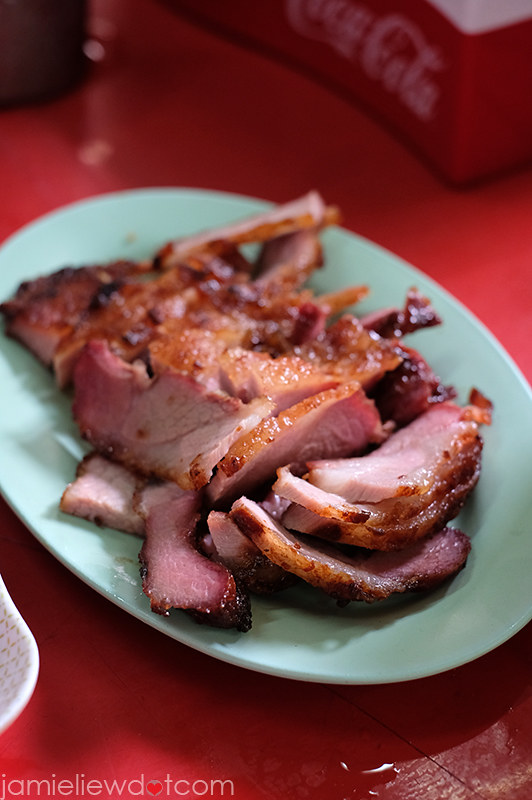 then there’s this grilled pork neck (kaw moo yang) that was definitely not the best pork neck I’ve ever had, but really good pork neck, especially with that spicy sauce!!! 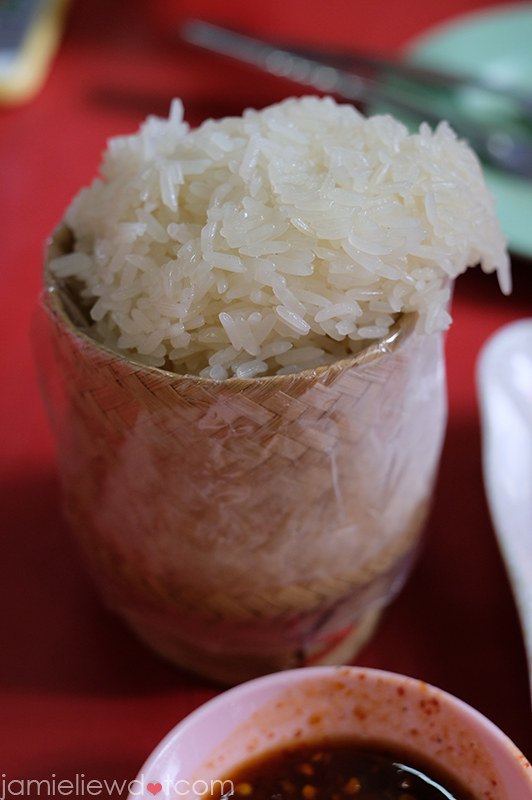 I never knew that rice was so difficult to find in Bangkok, because everywhere people serve only sticky rice! but I’m really not complaining because they taste better than rice. just think of it as flavoured rice that sticks together so it doesn’t fall apart easily, making them so easy to pick up, you can eat them with a fork!

The average price of the dishes there were around 40-50baht and everything we had summed up to less than 300baht if my memory didn’t fail on me. 150baht per person for the butterflies and rainbows it gave my tongue, this place is an absolute steal. strongly recommended!

while this restaurant isn’t a place you bring your date on a first date, it’s definitely one for people who like experiencing local flavours. this humble restaurant will sweep your feet away with its flavours I guarantee. however if you’re not adventurous then.. I may not be able to help you. still highly recommended for the local experience! two thumbs up! 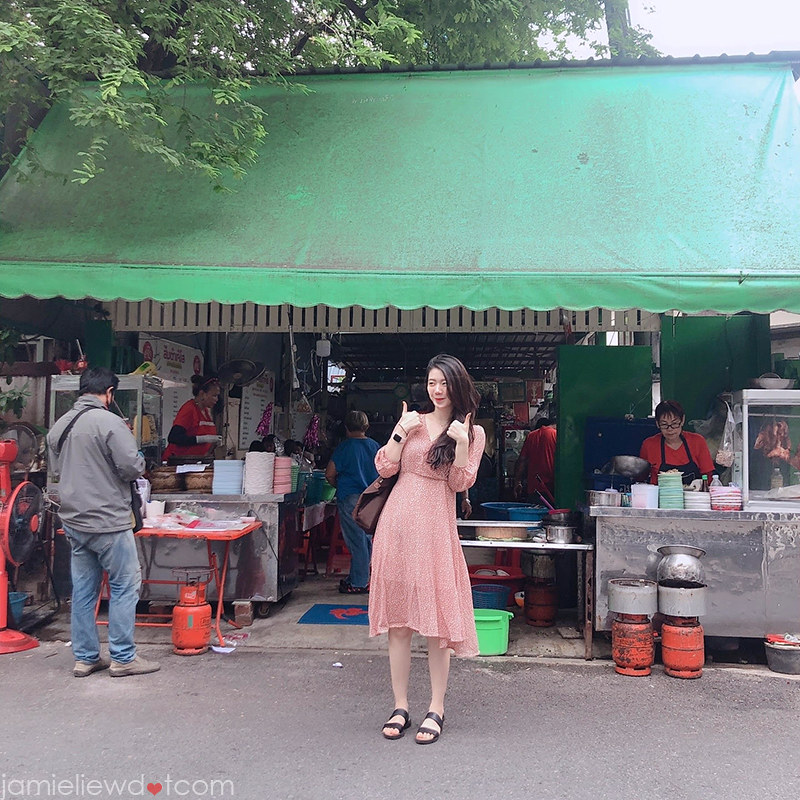