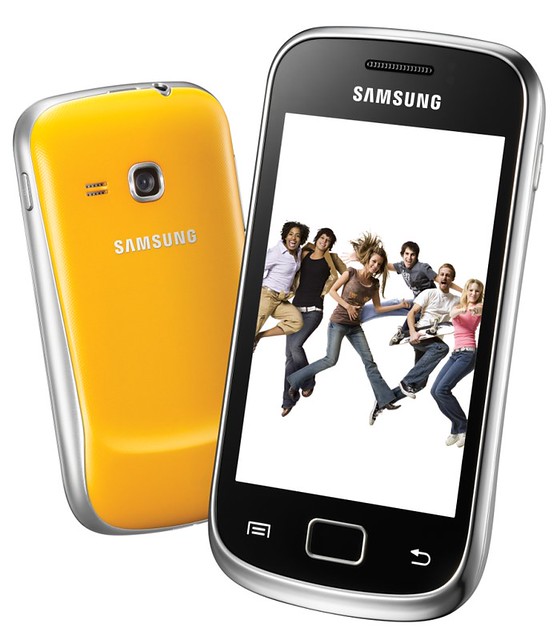 hello all! Not too long ago I found this hilarious and very Malaysian video on youtube that featured the cute and stylish phone above. What phone? It’s the Samsung Galaxy Mini II! Well, the video is about how this Indian guy who speaks Chinese trying to charm two pretty girls into buying the phone. It’s pretty damn funny really!

Especially the part when he asked his friend what’s HVGA and he said “houliao video graphic” HAHAHAH. And also when he pulled out the measuring tape just to say that the phone’s 3.27”. since it is the 2nd generation, it’s actually bigger compared to the last one, but still a mini! It’s touch screen by the way!

The phone might be small, but it has a HUGE storage capacity of 0.9GB for apps and 1.8GB of shared storage! So very convenient for your pictures and music. From the video, you can see that it records videos well too! The thing everyone worries about especially here in Korea is the battery usage. We would always have to carry an extra battery and it’s troublesome. But this phone has 1300Ah battery capacity! So do not worry about not bringing an extra battery out for the whole day!

Is it a smart phone you ask? Of course it is! Not only that, but it also has a 800MHz processor, downloadable ChatON and music hub, embedded Social Hub 2.0 syncs phonebook & calendar with e-mail, IM & SNS. But for me, the Samsung apps already fulfill most of my needs =3.

there’s 2 pretty girls and there’s this really cute guy in there too =P. so watch it! Especially if you wanna learn more about Malaysian’s slang. Hehehe.