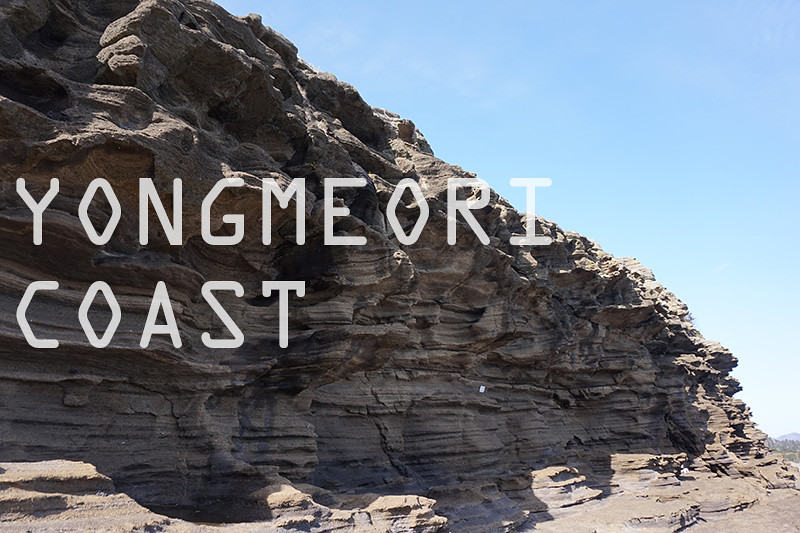 when in Jeju, one shall explore nature. Jeju’s one of those places where you’ll feel “mother nature is really amazing.” and even though I am a city girl, I really, really, really like Jeju’s natural sites. 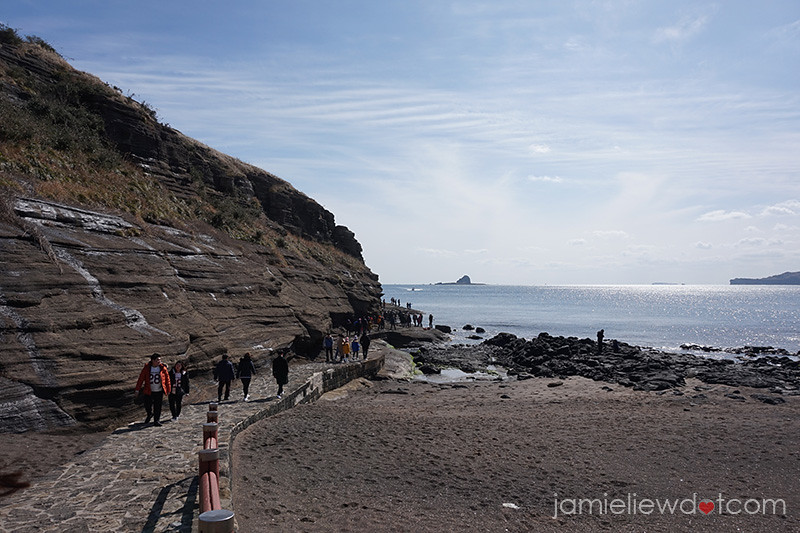 so Yongmeori is west of Seogwipo and is easily accessed by car. it costs only 2,000won for entrance and you’ll have to expect quite a (dangerous) hike so I do not advise young kids and the old to come here.

PS: if you’re wondering, we rented our car from “Happy Rent Car”  and it only costed us 75,000won + insurance (they were doing a free insurance promotion so..) for 5 nights. you only need to bring your local license, international license and passport to drive in Jeju. not too difficult ey? however, driver’s on the left side so for those following the UK driving system, it may be quite weird and difficult at first. there are plenty of sites out there but the English rental sites may cost more so it’ll be a big bonus if you can at least read and write basic Korean. 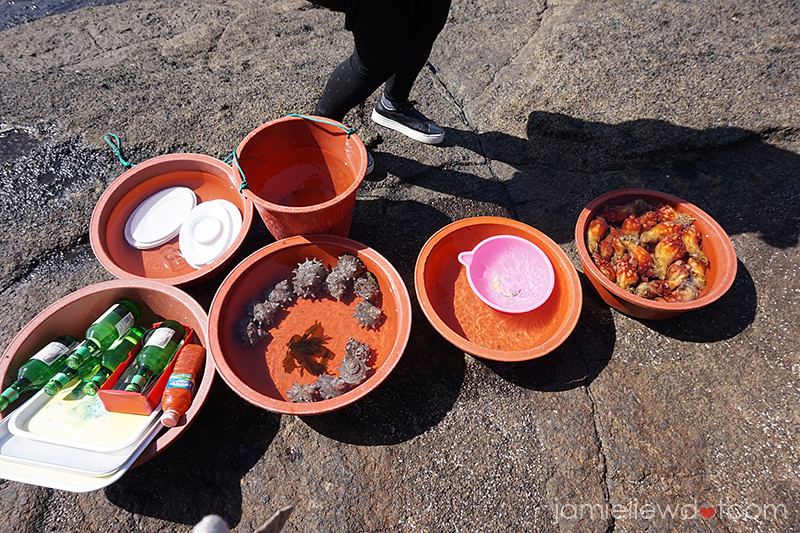 at the coast, there are plenty of Haenyeos (Sea Woman/Woman Divers) selling their daily fresh catch from the sea! you can sit by the side and enjoy the fresh seafood with a cup of soju. however, it may be a little expensive due to the touristy location. 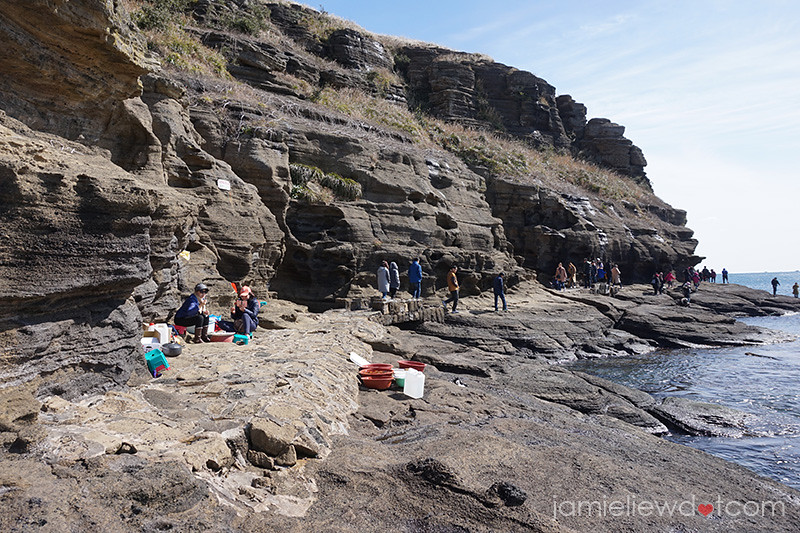 also, if you are going in Winter (December-February) like I did, then you’ll have to brace yourself to the strong chilly wind. but even so, the whole place was really crowded with people. 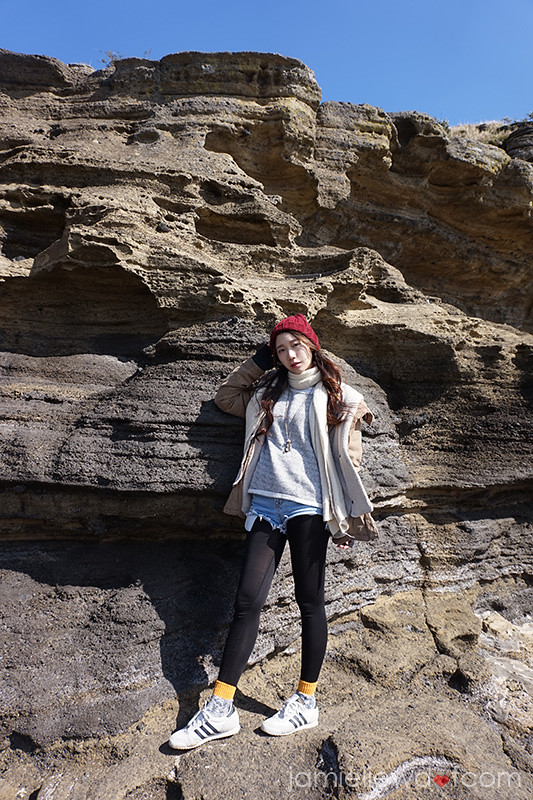 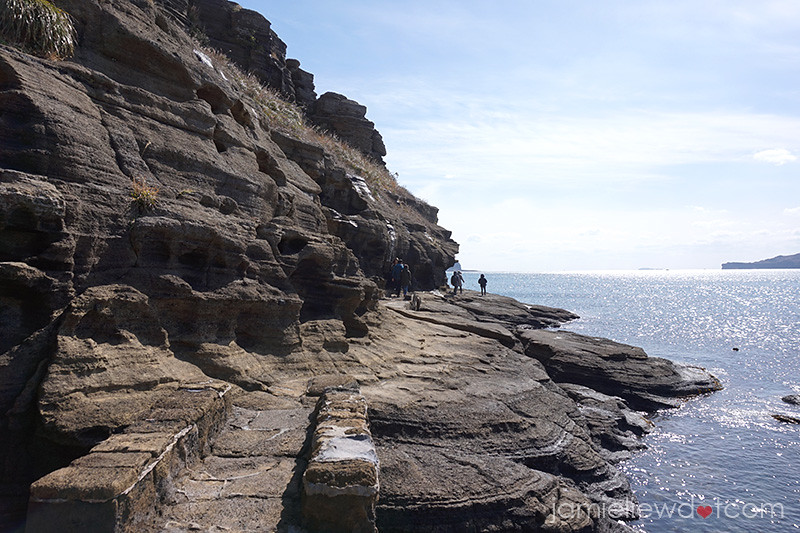 the coast though, looks breath-taking. especially when you see it in reality. 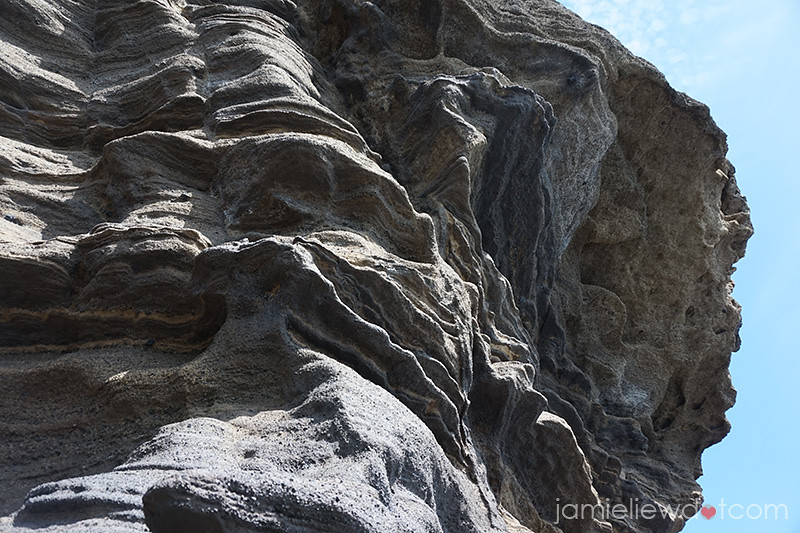 these are actually the result of eroded lava (as I know). 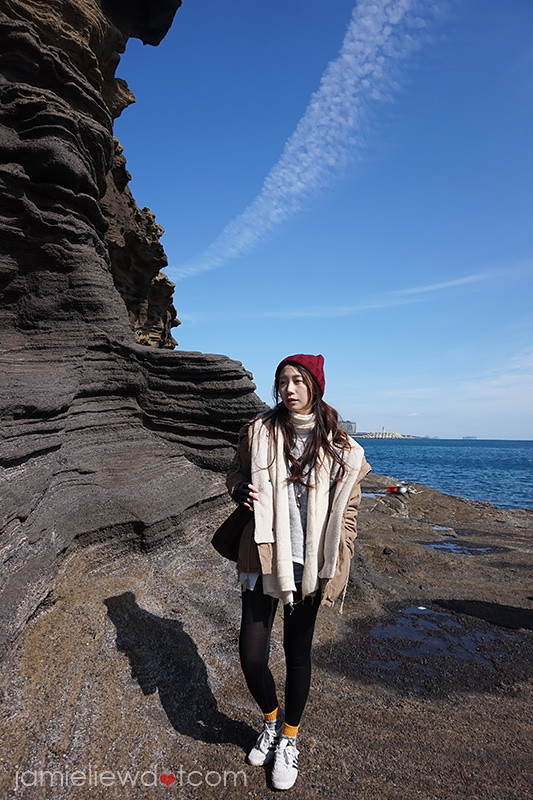 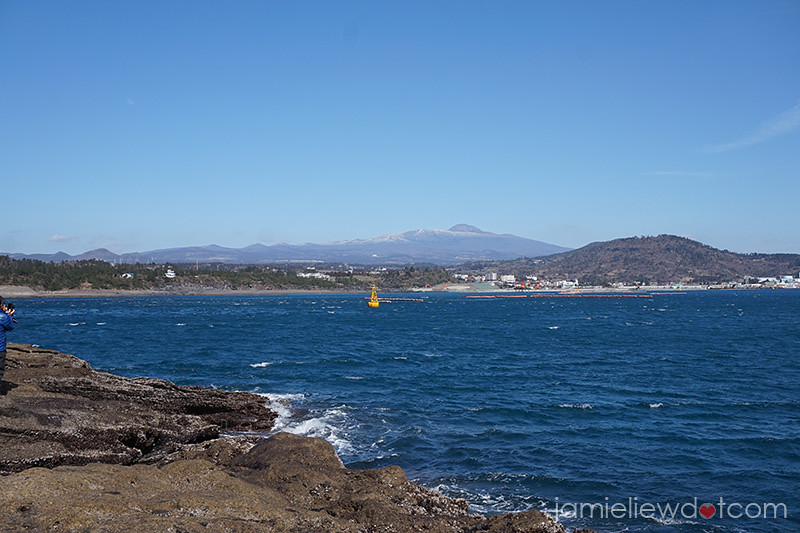 the deep blue sea literally means that the sea’s really deep so tripping is not allowed! 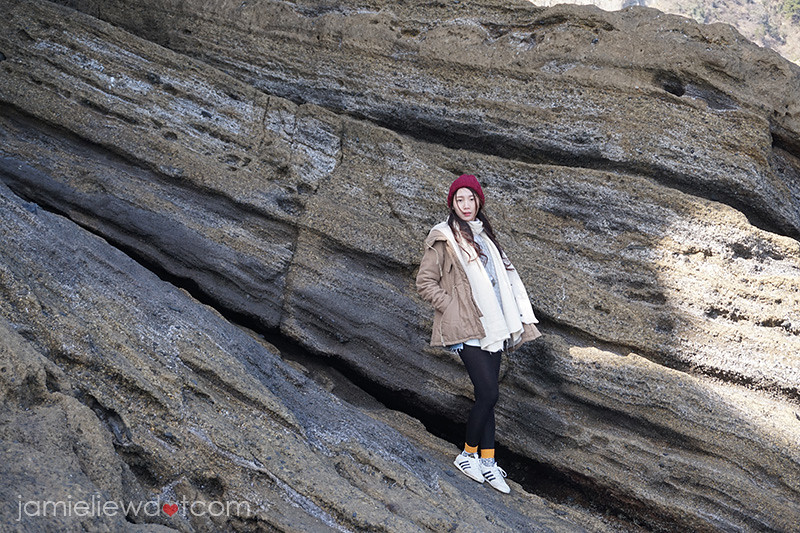 what I was most amazed by is actually the size of these rocks. they made me feel so small. (.__.) it’s really phenomenal. 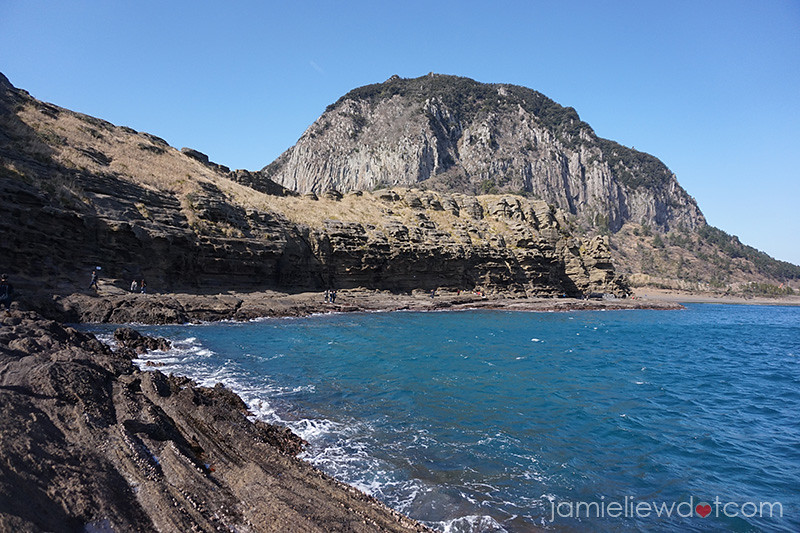 overlooking to Mt. Sanbangsan, the volcanic lava mountain formed thousands of years ago. 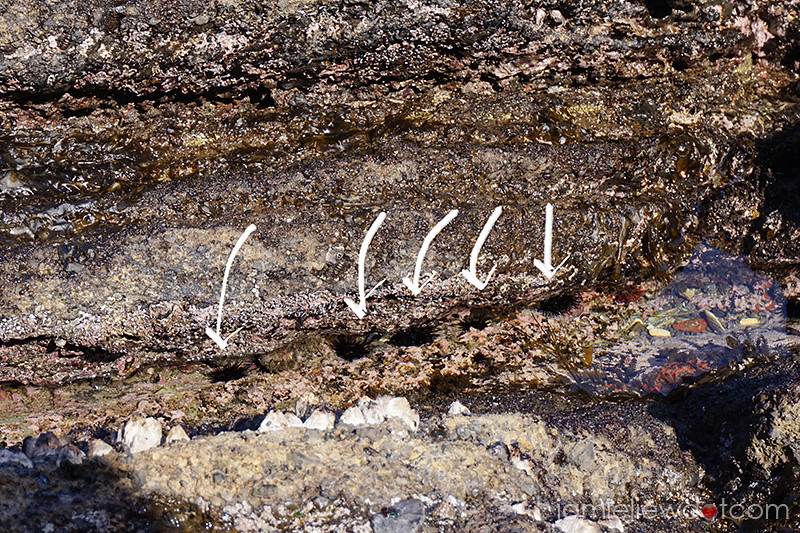 can you guess what those are!!! YES! they are baby sea urchin! I was so fascinated when I saw it there. D=. however, do not touch them as they may be poisonous! 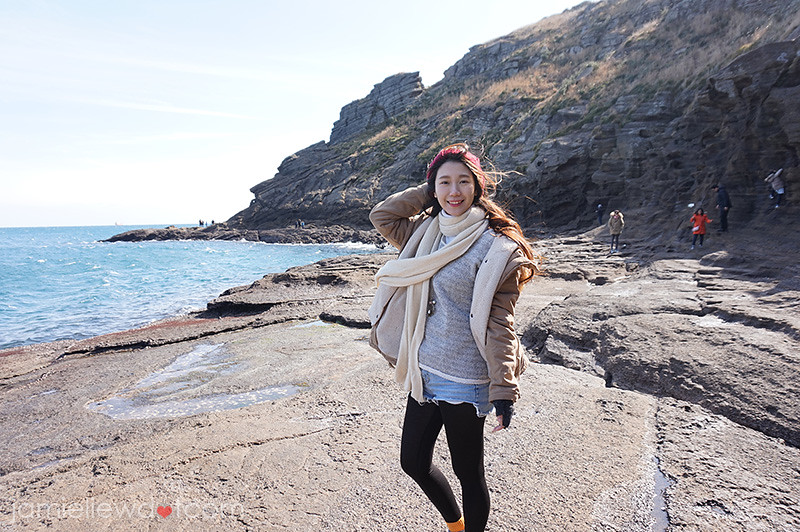 it was so windy, I had to hold on to my beanie the whole time. because it fell off once because of the wind. 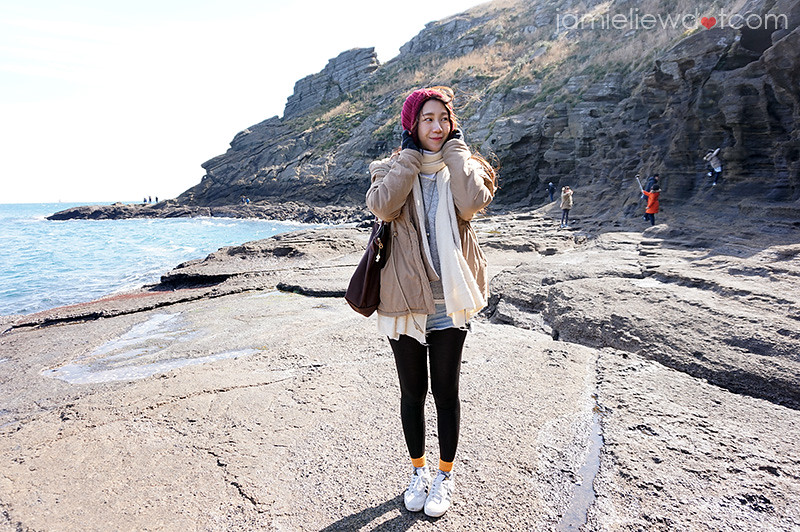 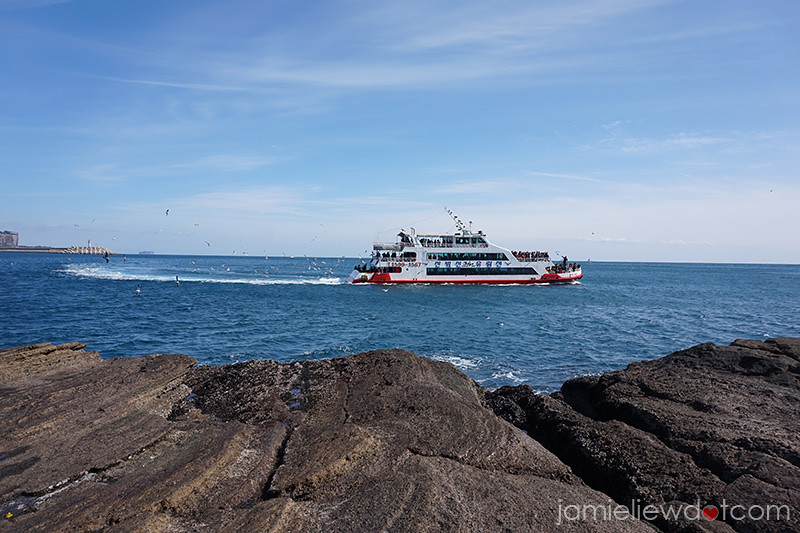 halfway hiking, there’s this ship that passed by and holy cow that amount of seagulls made me so happy xD. very fascinated, again. 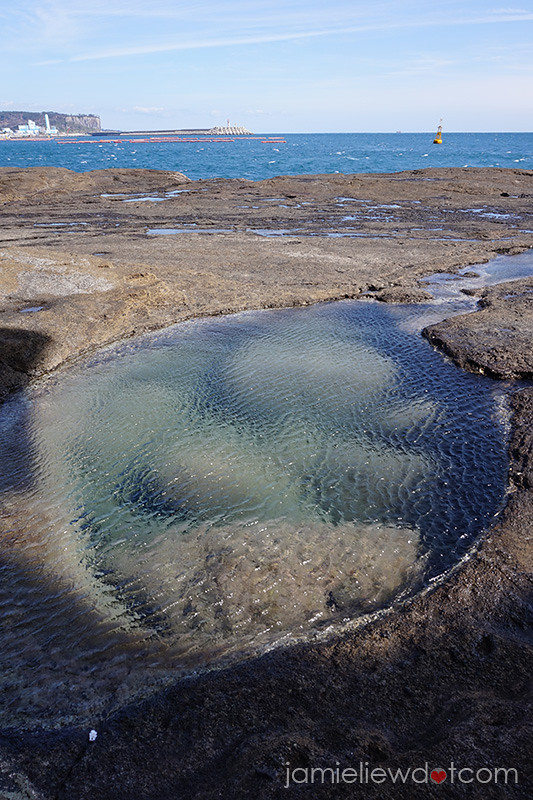 towards the end of the trail, you will find this huge (deep) hole that actually looks really beautiful because of the clear water. however, do not let your kids fall in there! it’s kind of weird how there’s suddenly such a deep hole and you can see how the people there put in so much effort to have it filled with rocks but yet it is still pretty deep. 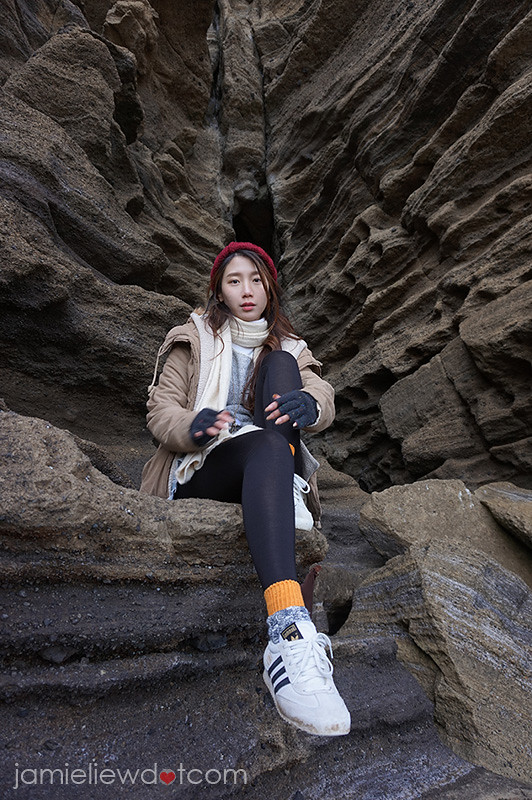 another awkward picture because my mom enjoys taking pictures of me before I was even ready. haha but look at that background! 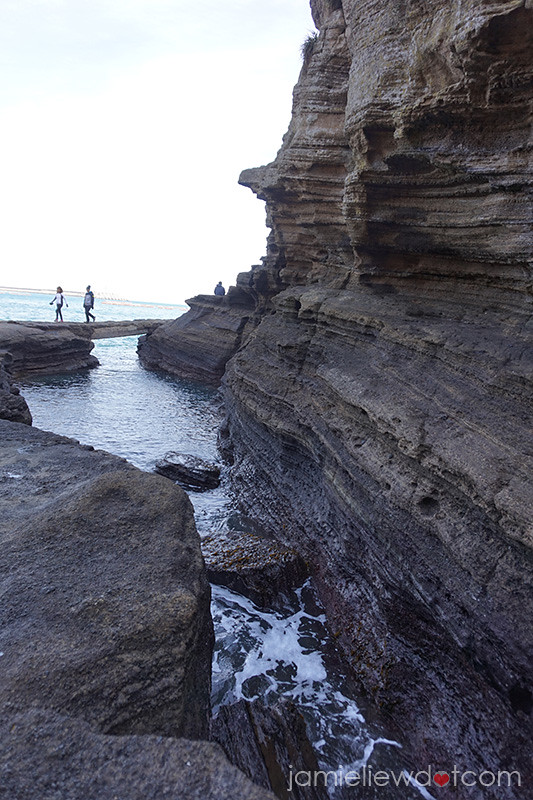 it almost felt like those layers of rocks were never ending. at this point, I started to pant. 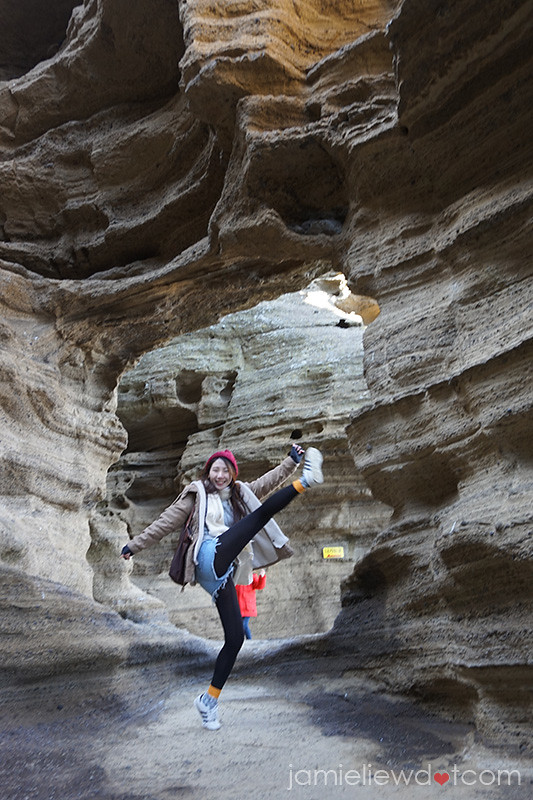 but finally, we found the exit! although, the exit (which can also be an entrance, but normally people enter from the other side) is actually a super steep flight of stairs. overall, other than not having much stamina to hike this long trail (it felt even longer because we had to walk against the wind), it was a spectacular spot to visit and I would definitely recommend it!

may i know what time did you went to the Coast? i went there last time in Feb afternoon but it was closed due to high tide. I;m coming again march next year so i want to know roughly when to go.

I saw the price you get is quite economical and this is the first time I heard this car rental company. I plan to check it out for my coming Nov Jeju trip.