opened for around 2 years now, Little Bao’s popularity doesn’t seem to wear off a lot. the queues still around 30minutes on a Friday (late) evening and I was a little angry at how the people who came AFTER us got served first. T_T. but I’ve always wanted to try Little Bao ever since.. I’ve heard about it. it’s a popular place at the end of SoHo and most people gather around to wait for their Ice Cream Bao which is a block of ice cream sandwiched between fried Chinese buns. the restaurant/bar is actually really really small and it can only accommodate so many. so many actually opt to eat standing D=. 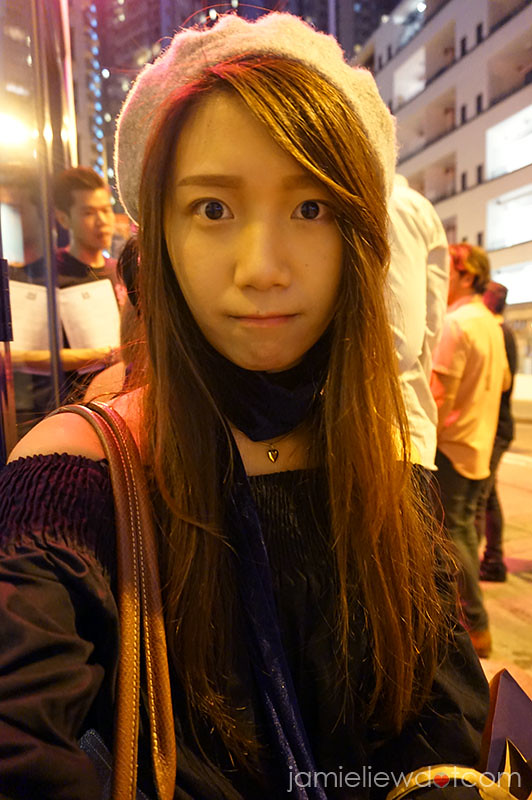 my face when they let the Swedes next to us enter first when we came (much) earlier. we even ordered a cocktail while waiting! 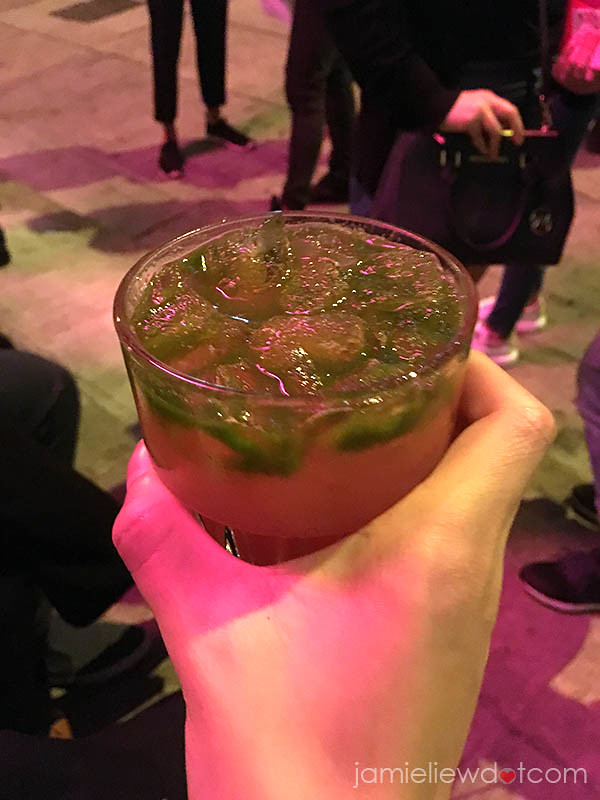 Sai Gua cocktail (85HKD). this was a very delicious. watermelon flavoured cocktail with a generous dash of cinnamon sunken at the bottom. this was soooooo good. never drank a cocktail where my hands keep reaching for it for just another sip. except it wasn’t very affordable and I can’t afford another T_T. 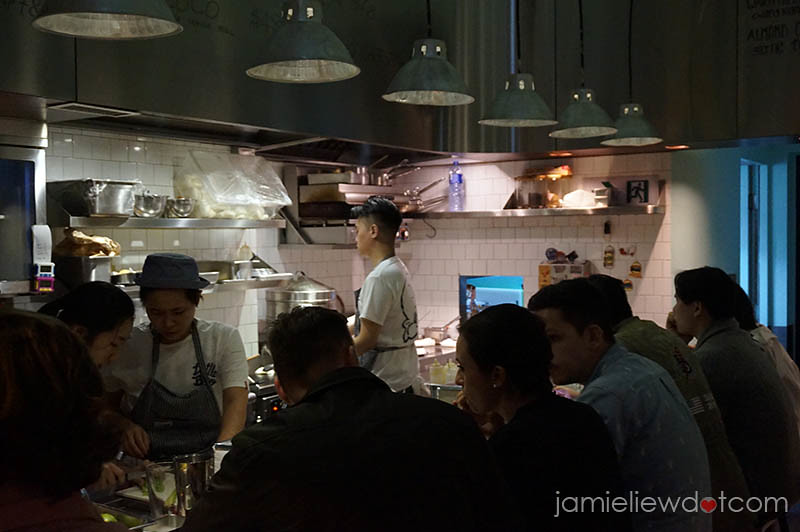 although small, I loved how everything was. it made it look very cozy. the most important thing to me is as long as the place looks hipster haha. 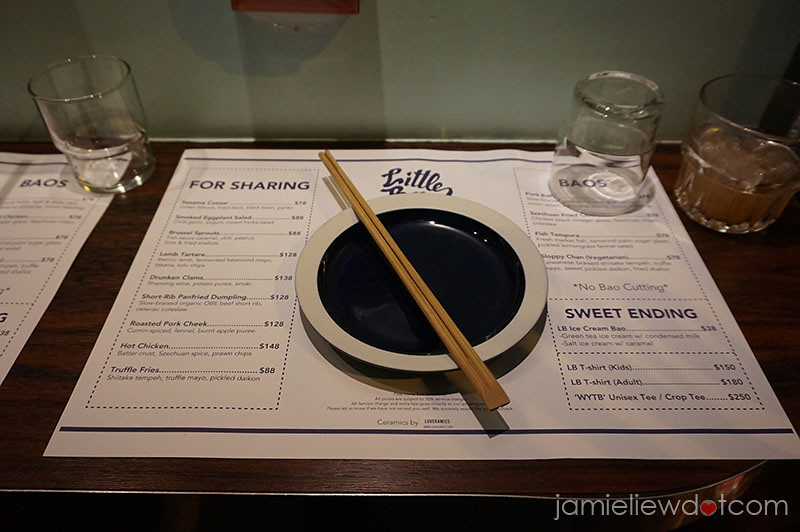 finally seated! the area was very small. but they have a hook beneath the table like many cool restaurants do to fit your stuff in the narrow place. the bar area looks a little bit more spacious. the dine-in menu is quite simple. just 9 starters, 4 different baos and a dessert. their prices are very much like a higher end bar in Seoul. definitely not cheap. 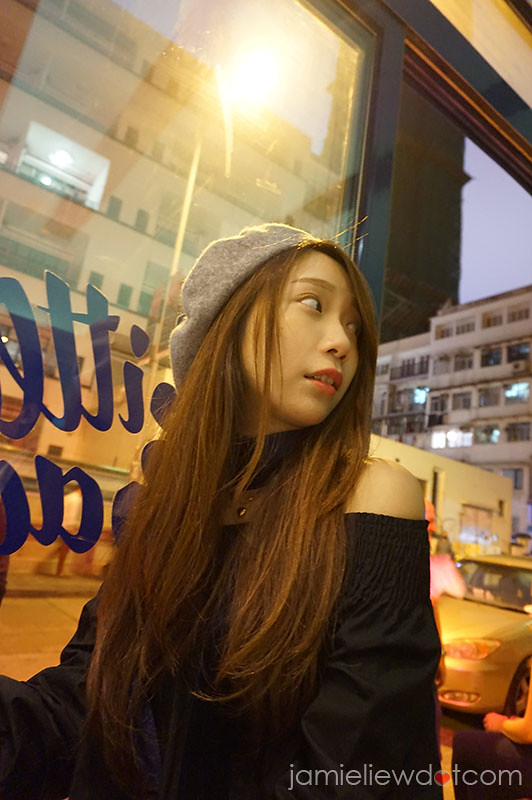 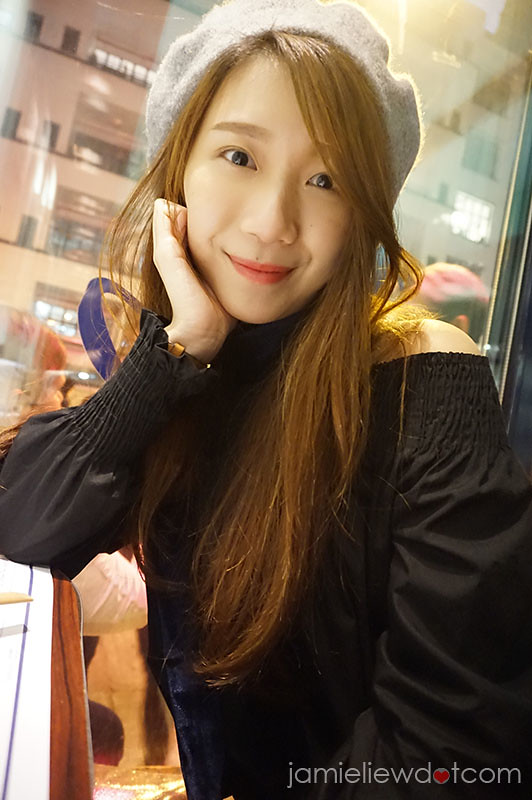 I am happy to be finally seated haha. 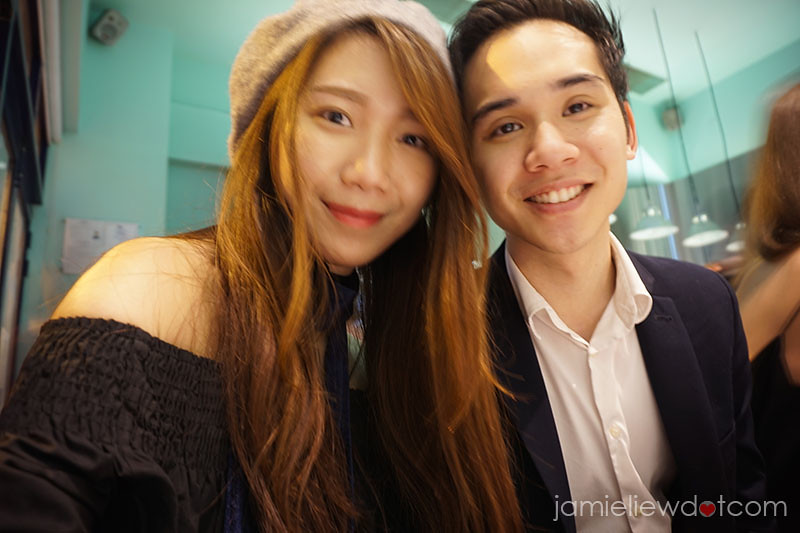 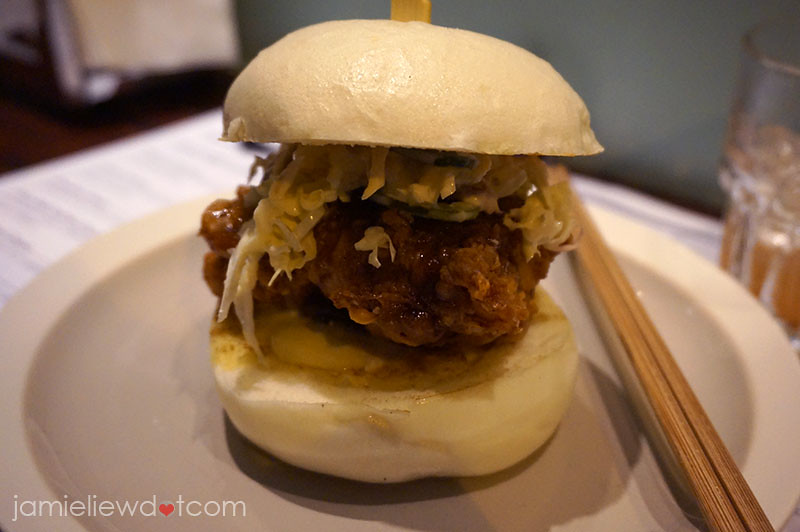 so my boyfriend got himself a Szechuan Fried Chicken Bao (78HKD). look at how tall it is! it isn’t exactly big but for me, it would take 1.5 – 2 baos to get me really full. although 1 bao with some sides are fine for me, my boyfriend didn’t seem to have his minimum quota met at all haha. this bao was amazing. like one bite and you’d be “the wait was absolutely worth it!” the sauces weren’t over powering the taste of the chicken and the bao and everything just went so well together like yin and yang. HIGHLY HIGHLY recommended. 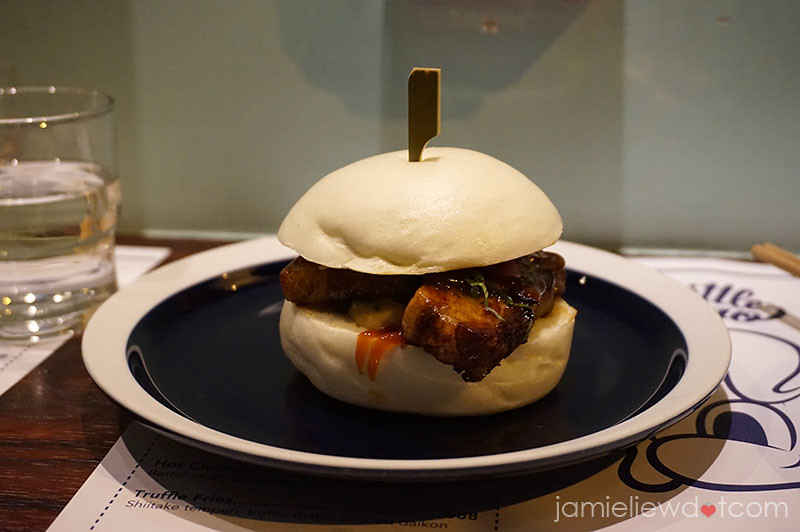 I ordered the famous Pork Belly Bao (78HKD)! it’s much flatter and super flavourful. it’s quite similar to the Taiwanese Hamburger. it no doubt tasted really good but its taste was father familiar unlike the Chicken Bao. except it had pickles and onions in it! 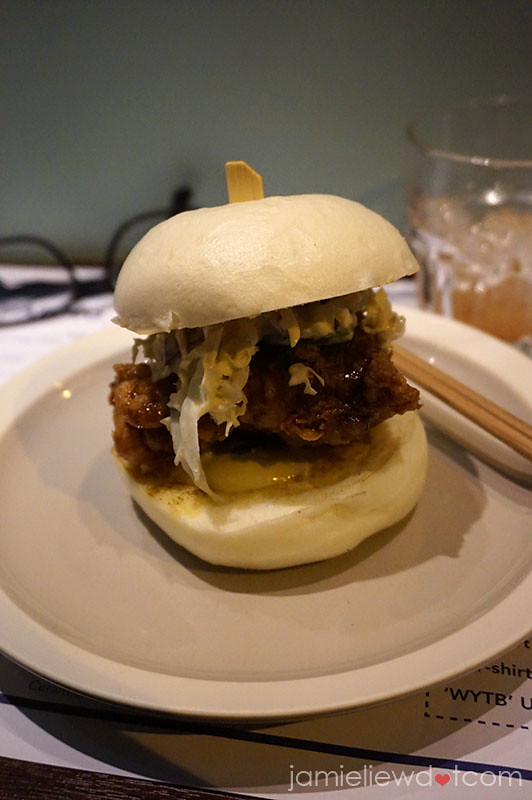 if I were to come here again, it would be the Szechuan Fried Chicken Bao! 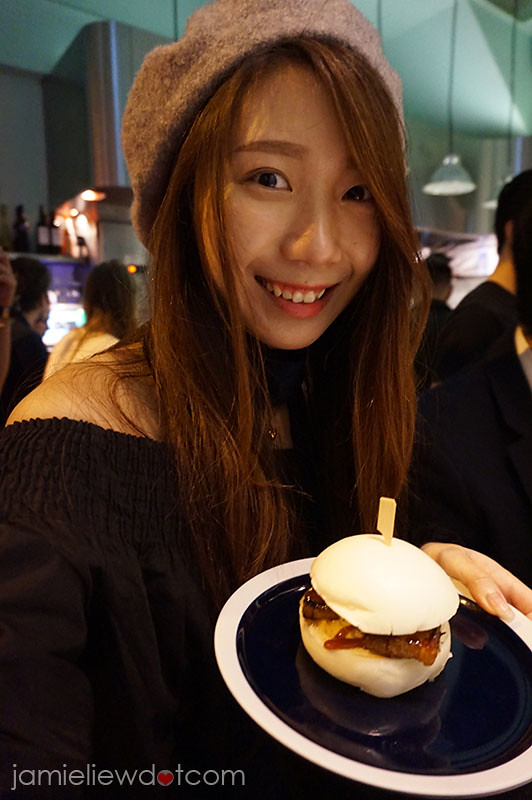 but to be honest both baos were very satisfactory. 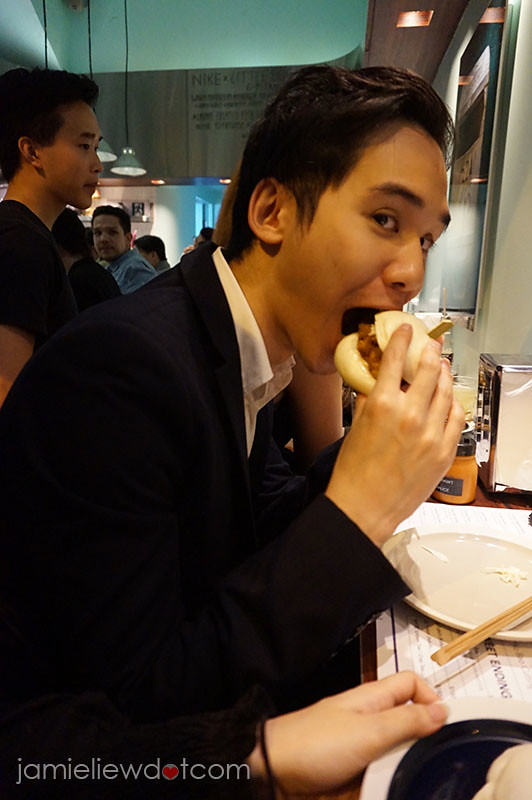 the whole place was filled with Swedes, and that includes this hungry Swede beside me xD. 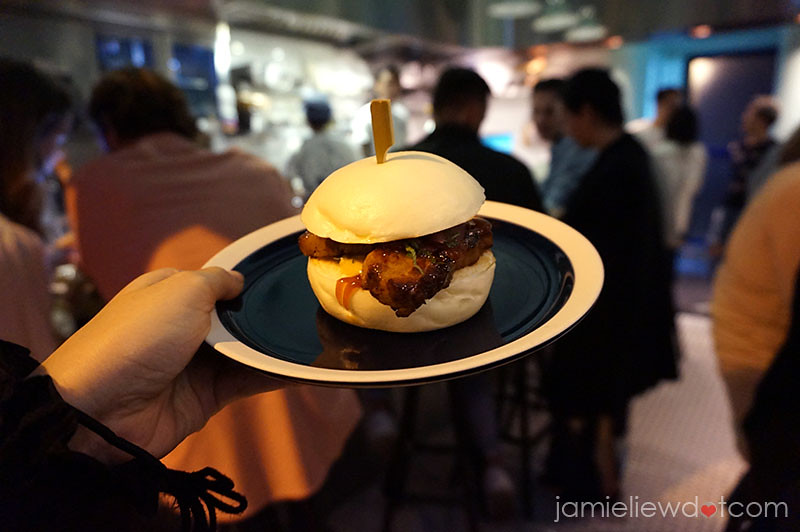 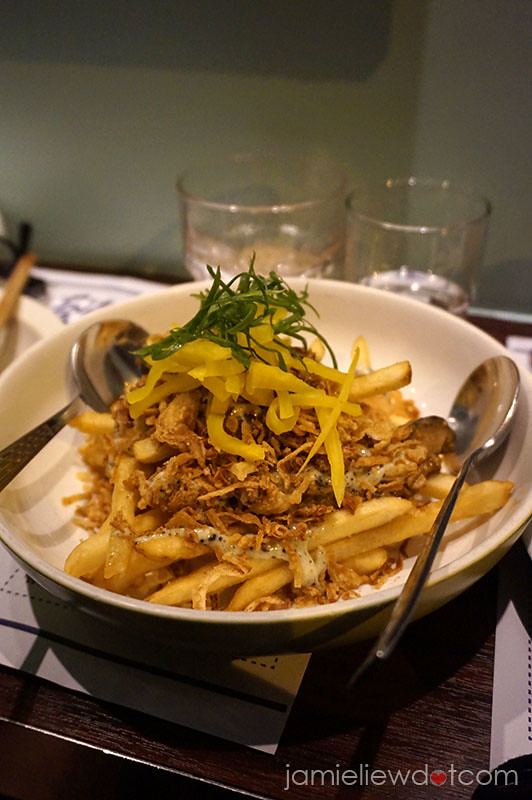 and the truffle fries which I had read a lot of good reviews of. but it looked much better than it tasted to me. the overall flavour was good. but I didn’t enjoy how the truffle flavour was overruled by the strong mushroom taste. plus the fries were rather soggy. :(. maybe I left it there for too long. but the boyfriend thinks this dish was over rated too. should try the tar tar next time! it had several low ratings but maybe I’ll like it!