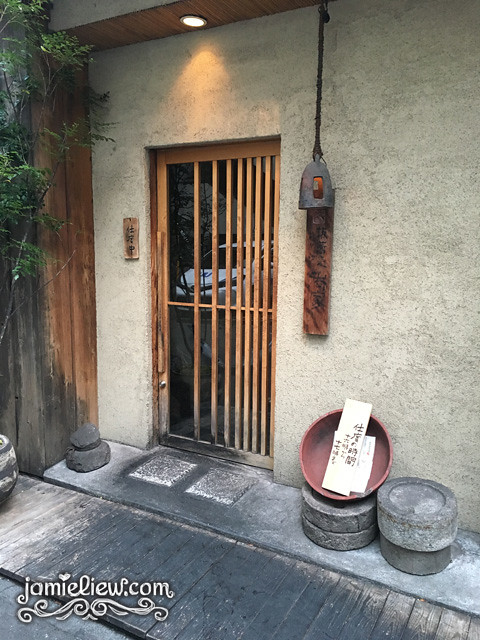 I actually read about this place and it has a soaring high 3.52 in tabelog and there were comments on how people waited for this and thought it was totally worth the wait. except because I had it first on NYE I had to queue for 2 hours in the painfully cold weather. and still thought it was very worth it! they even provided us hot tea, beer (yes, BEER!) and hot packs while we were waiting in line outside! 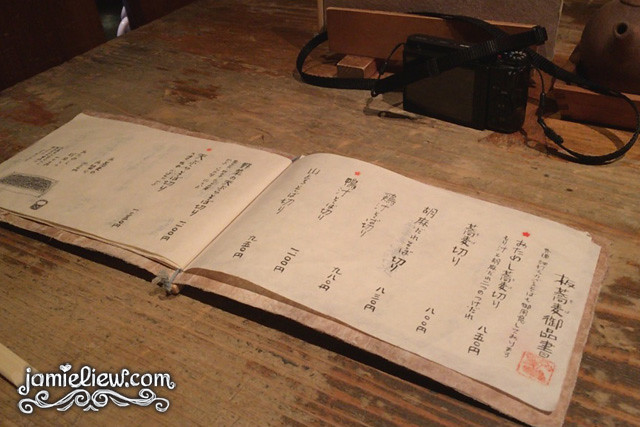 soba prices here ranges from 800~over 1000yen but I can assure you, they are all very yummy! 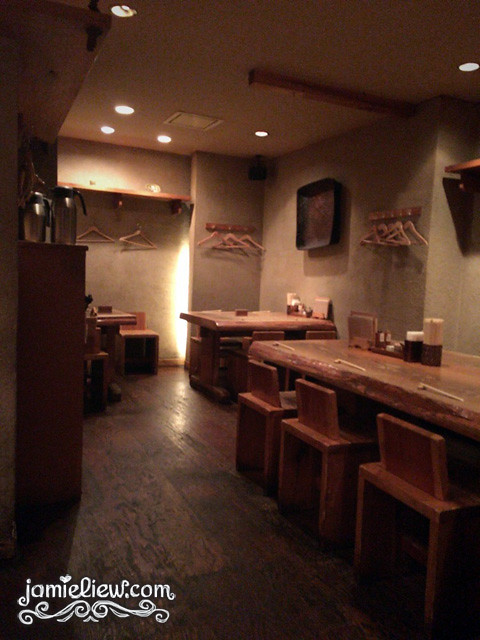 the shop only has around 5 tables to make sure to be there early (opens at 5pm) before the peak hours to get a seat! the picture above was taken right at 5pm hahaha but it wasn’t filled up till 5:40pm too! 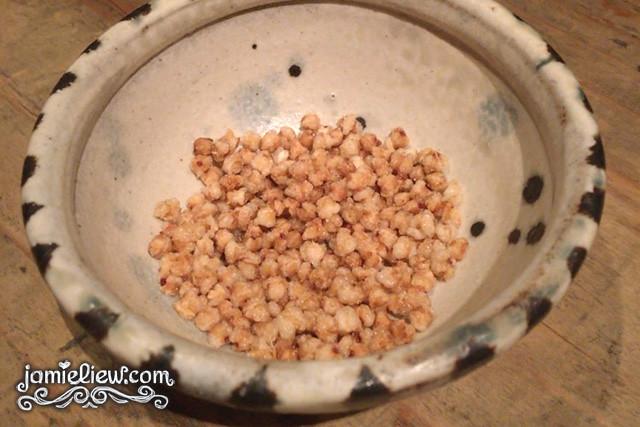 I have no idea what this was but it was really savory and crunchy! it’s served as a side. 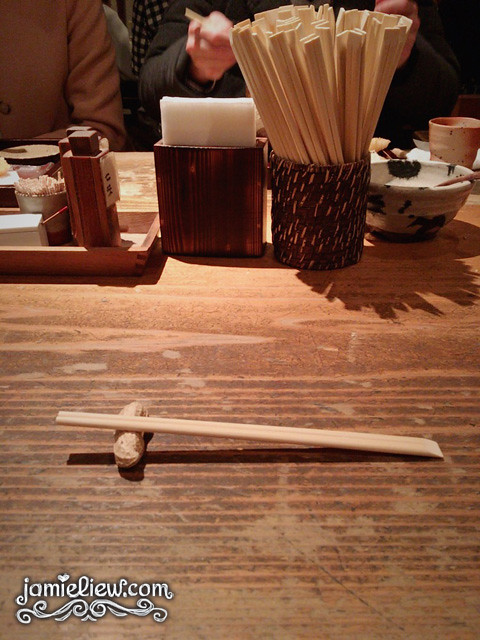 like how you can eat your chopstick holder at the end since it’s a real peanut =P. 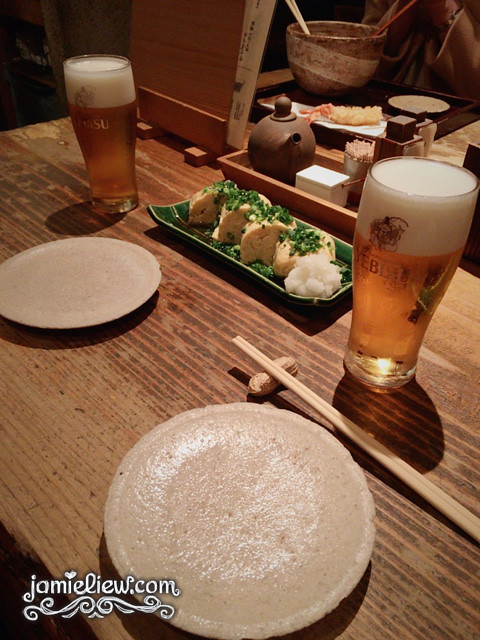 and at Ebisu, we shall have Yebisu. 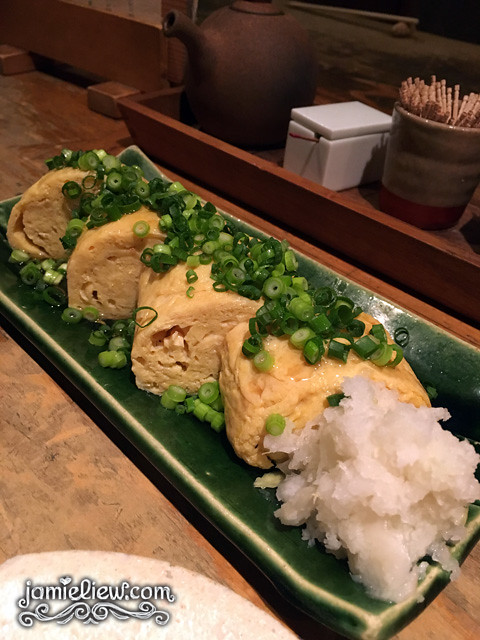 the tamagoyaki here though.. was superb. very fuwa fuwa~ which means fluffy in Japanese! it wasn’t too sweet nor was it too compact or loosely made. it was just purrrrrfect. 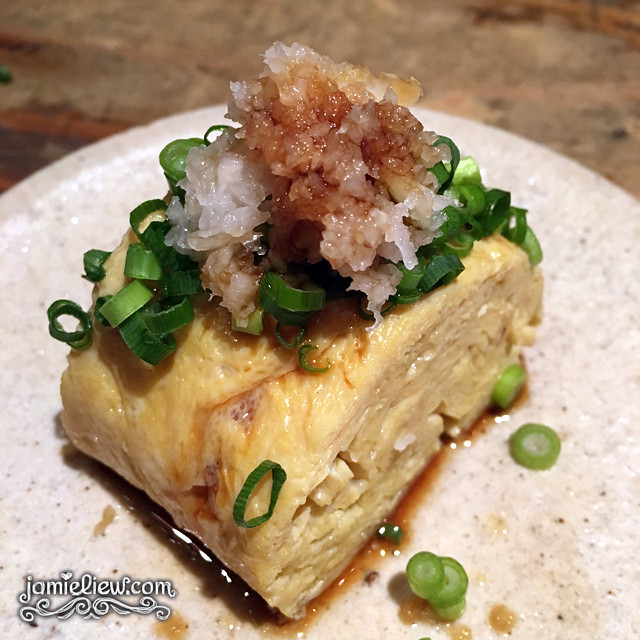 and together with a little soy sauce.. mmmm. I literally came back here partially for this tamagoyaki. it costs 650yen. pretty pricey but definitely worth it for something so divine~ it went very well with the daikon and scallions and I normally do not really favour daikon so.. proves how nice this place was! 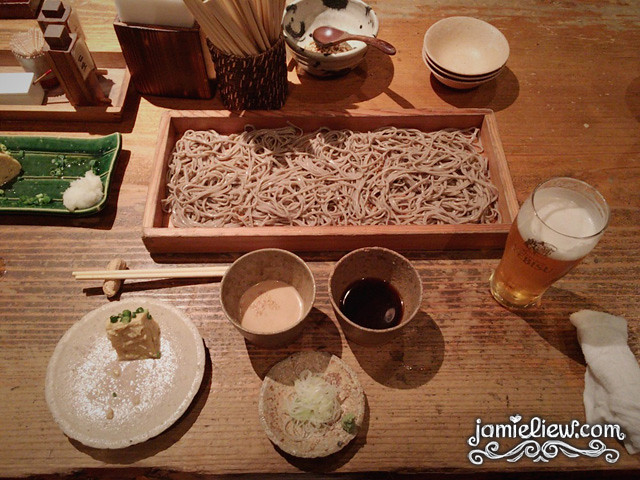 I ordered the tasting set soba with a sesame and normal soy sauce dip. it was a little below 1,000yen from my memory. they have many ways of serving soba either hot or cold. the other famous one was the hot soba with duck meat. T_T.. next time….. 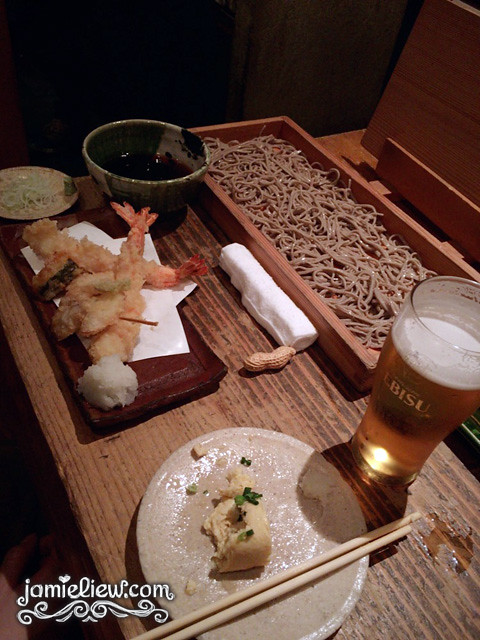 my Swedish friend ordered the tenzarusoba set. he seemed very contented with his meal. 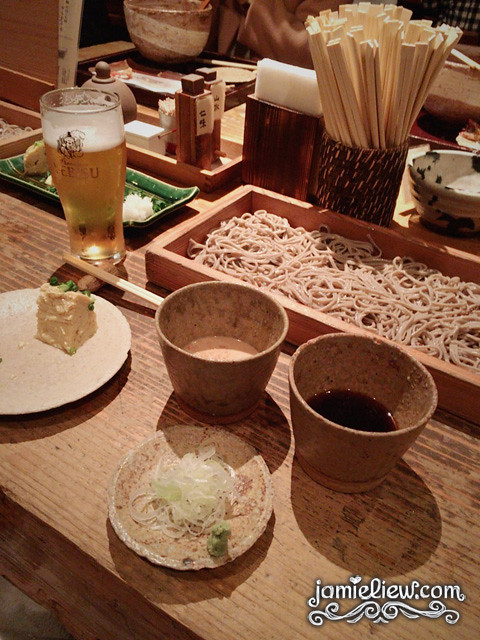 there was actually two different thickness to the noodles. I ordered the thinner noodles for this set! I only added scallions and wasabi to the soy sauce dip but you should actually add that for the sesame too! 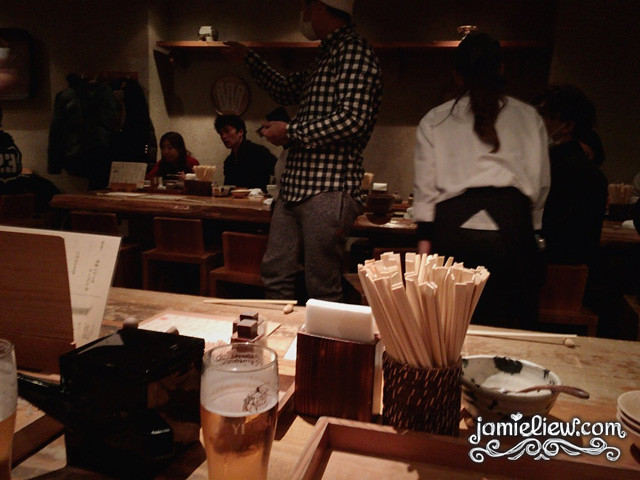 the restaurant had a really nice atmosphere which I really liked. there’s also like a broth where the soba was cooked in served at the end of the meal for you to add in with your soy dipping sauce so you can drink it and not waste it =D. 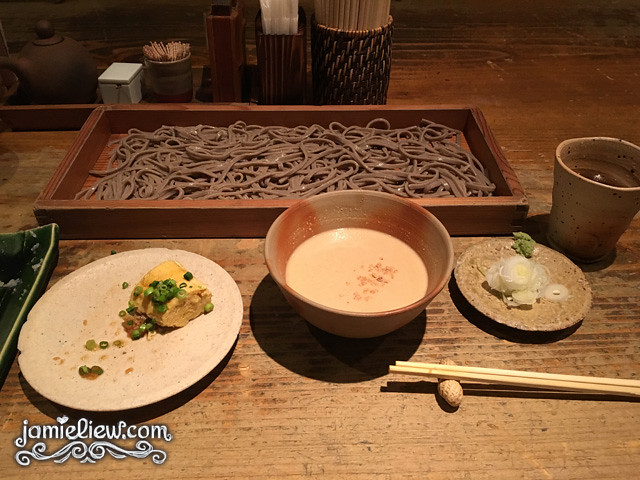 this was from the second time I was there. I loved the sesame dipping sauce so much I just went straight for it! this style of dipping sauce was really unique and my Japanese friend had never heard of such a dipping sauce either. according to him, the soba here’s really legit and yummy! I ordered the thick noodles for this time but I think you get more sauce with the thinner noodles but the thicker noodles are definitely more chewy! a little like udon.

oh! this is weird but the tea here’s really good too. it wasn’t like the normal tea served at restaurants. this tea made me feel really healthy. but I had no idea what kind of tea it was =S. guessing it has something to do with buckwheat! although it definitely did not taste like the Korean buckwheat tea.. 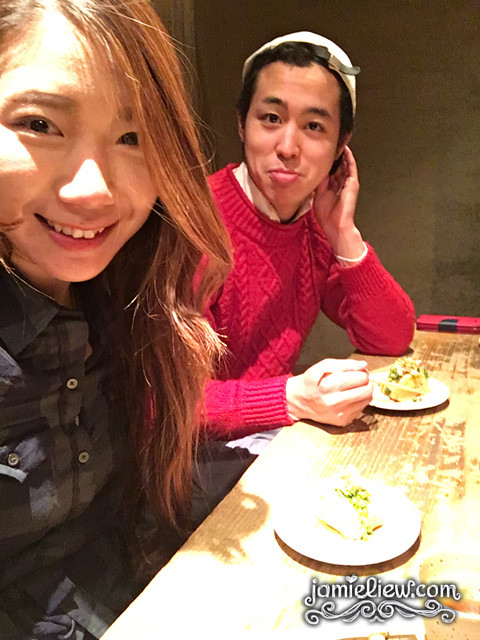 oh hello Ryuta! the RA boss of my dorm in Tokyo aka my savior whenever I was in trouble! it’s his birthday the end of this month so, TANJYOUBI OMEDETOO SARUCHAN!!!