I don’t know if it’s me but I’ve never heard of Fuji Q until friends here told me about it. at first I thought it’s just another small theme park found in every state but.. to my surprise it is a super famous theme park near Fuji Mountain (which means it’s near Tokyo) which is built literally mainly for adults and a fun fact? this theme park holds a few world records for having the fastest, tallest and even a roller coaster with the most spins! 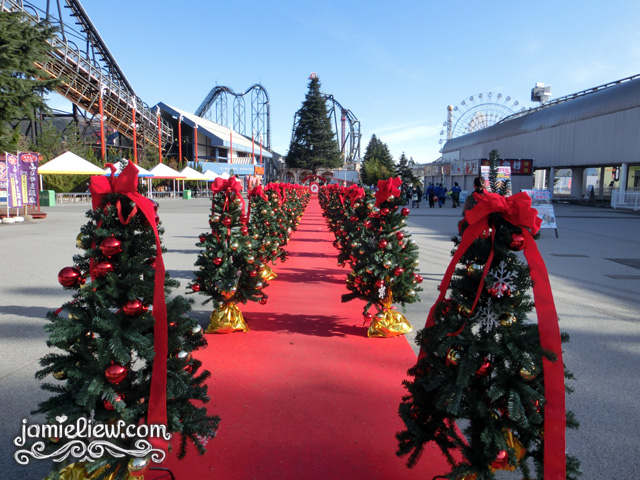 the weather plays a big role so be sure to pick a less windy day with absolutely no rain. because even when I went, some games were closed for a few hours due to strong wind despite the day being so clear! 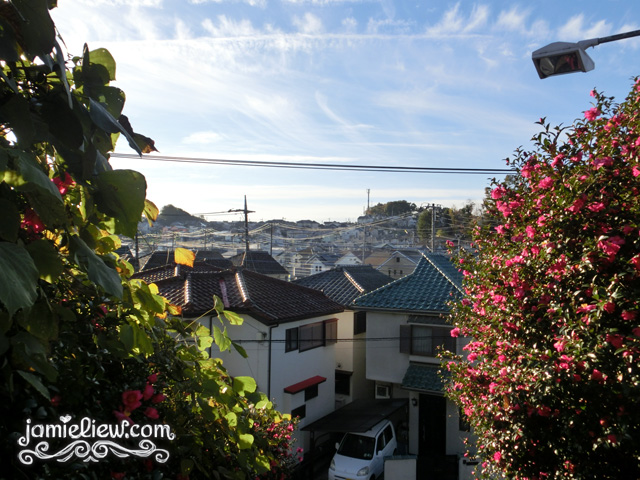 so there are several ways going to Fuji Q. one’s by train and another’s by bus. the train will take you around 2 hours and it will cost you over 2,000yen one way. the bus on the other hand, must be booked by somebody who speaks Japanese and it will cost you 6,000yen two ways PLUS the entrance to the theme park which costs 5,200yen. best thing is, it only takes an hour. but the bad thing is.. the “bus stop” is literally located in the middle of nowhere so please do not attempt to go there by yourself if you’re not fluent or at least quite fluent in Japanese. thank goodness, my friends were all Japanese speakers and well, except me. I’m like an absolute beginner T_T. 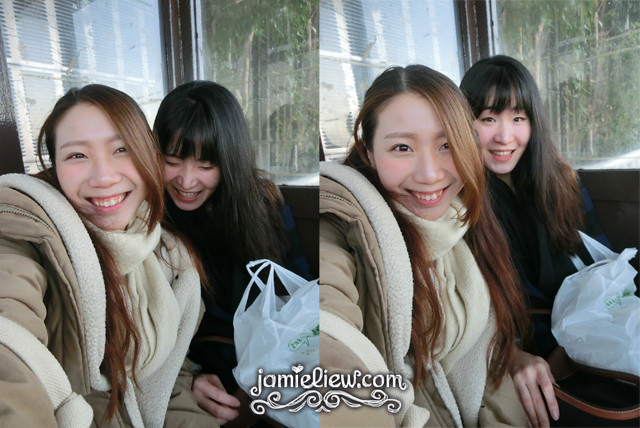 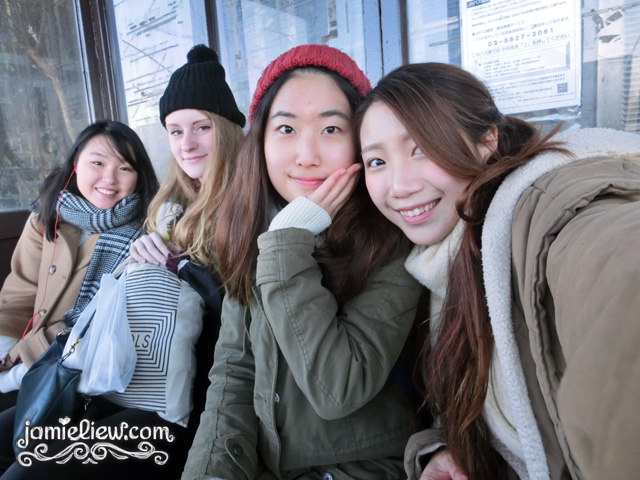 none of them are Japanese but they are all so fluent in Japanese D=. I’m quite jelly I want to speak like them too T_T. I shall practice more!!! 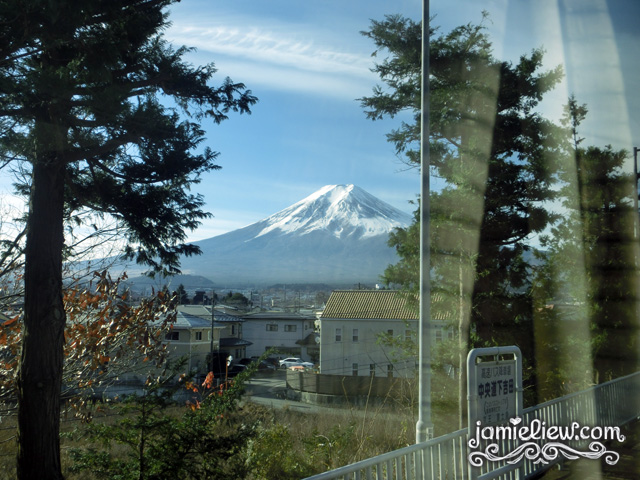 on the way there, we can already see the magnificent Mt. Fuji. it was so spectacular and enormous I cannot imagine it erupting (yes, Fujisan is an active Volcano). 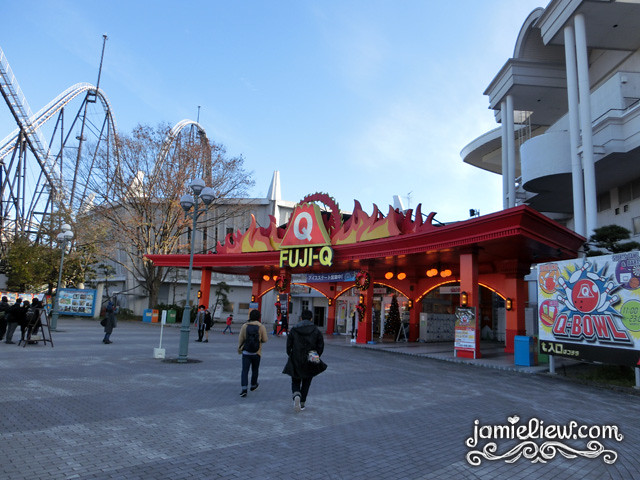 actually, a day before coming here I was googling for pictures of the rides and I can feel food inside my stomach churn while looking at those pictures. and I kept burping air because I felt super sick and scared. those pictures weren’t misleading, but they absolutely look much scarier than they really are. 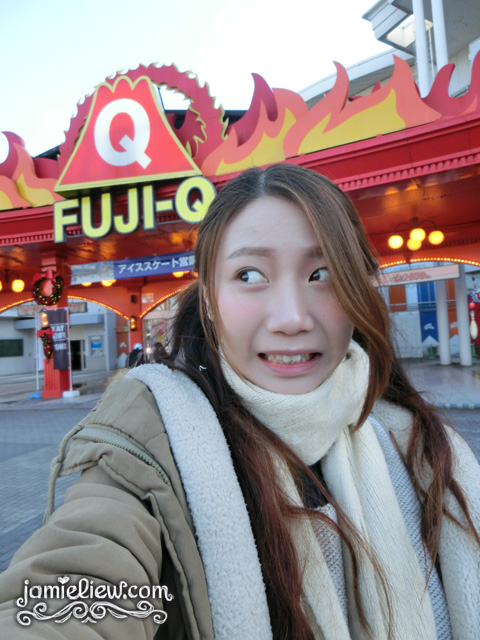 I guess my pale face shows how scared I was. I actually really wanted to just walk around and not ride any games. but heck, I paid for the ticket already (there’s an option where you can go in by just buying the entrance fee of 1,000yen and pay as you ride inside, but obviously I had the ‘unlimited’ pass). 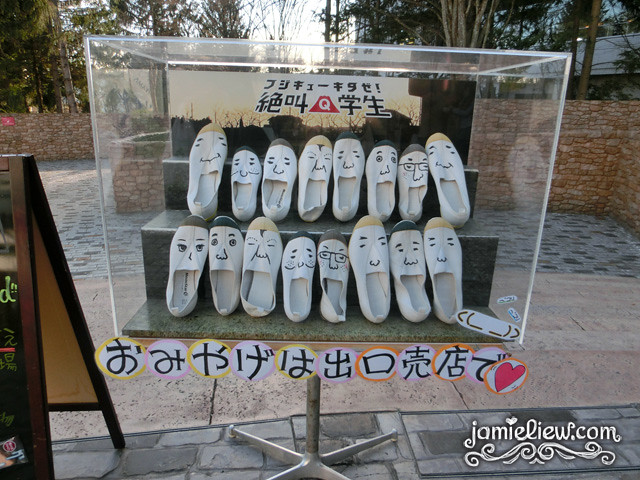 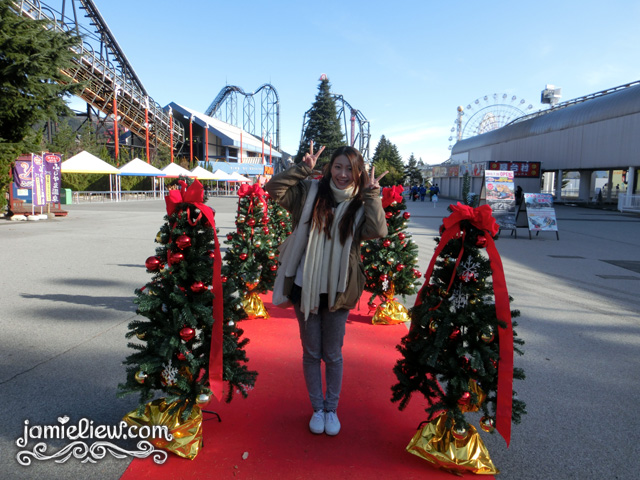 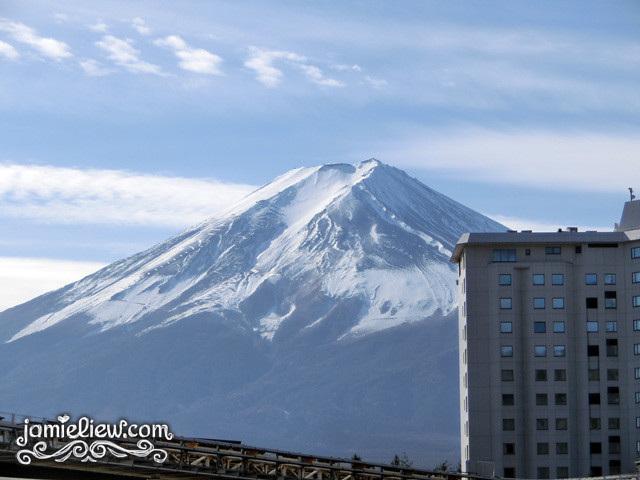 but seriously, going there just for Mt. Fuji itself was worth it already. it’s so.. majestic and enormous and you can see it all day while you’re in FujiQ! 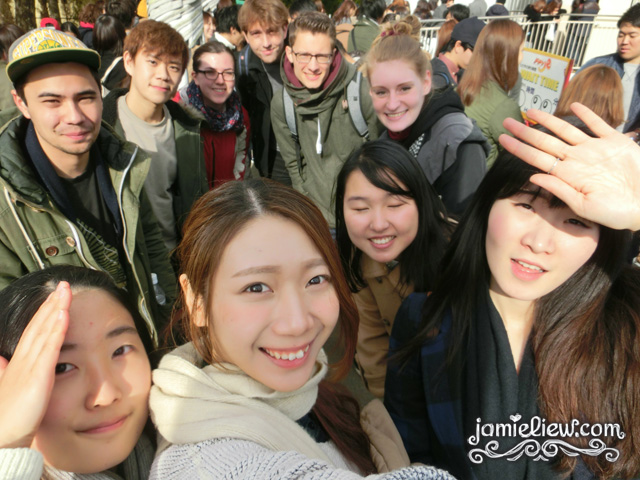 so we went as a group of 10 because it’s more fun that way! 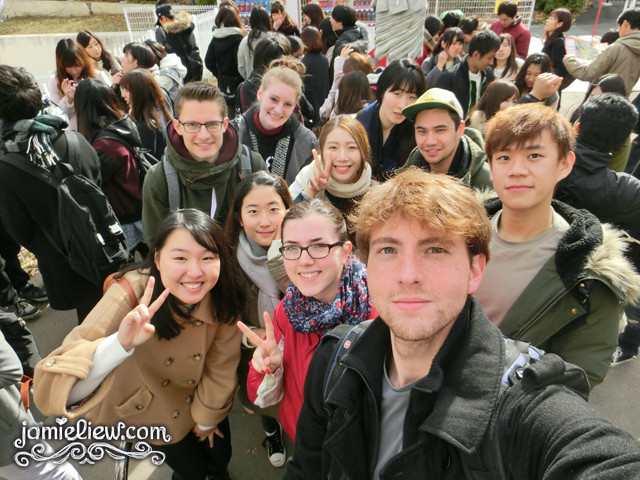 since our Brazilian friend here is 193cm tall, we thought he’d be the perfect selfie stick. and he is! 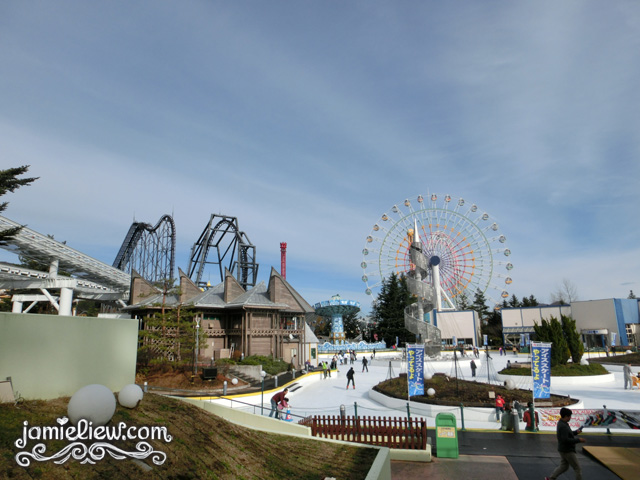 there’s also a skating rink for those who don’t want to ride on any scary rides! well except it was filled with kids =X. there’s quite a number of rides for the younger ones too! 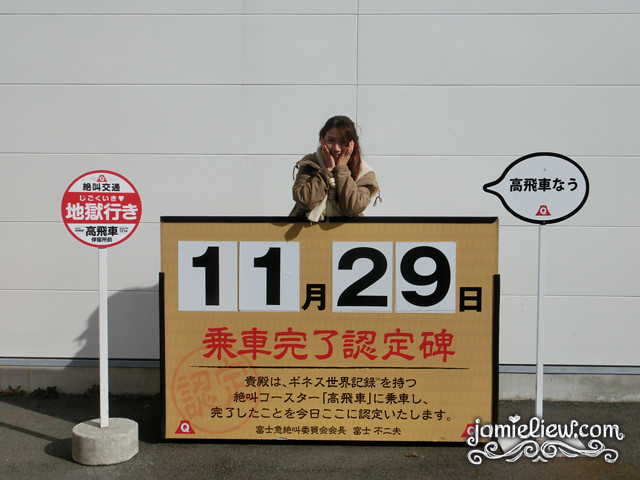 I have no idea what’s written there. hahahaha. but it was outside this really scary looking roller coaster that has an R shape to it. falling at 121degrees. not 90degrees. haha. 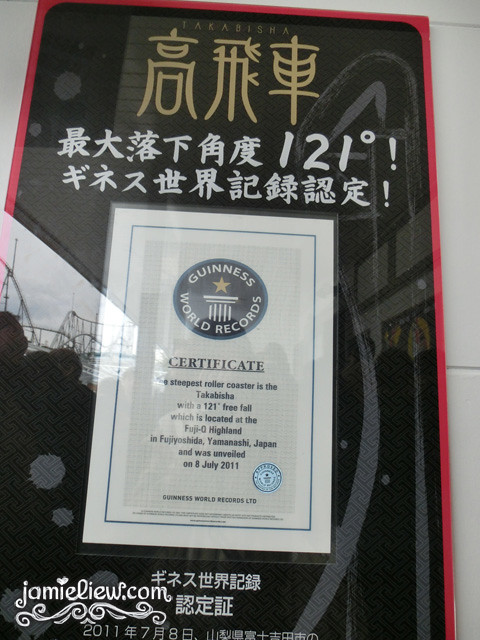 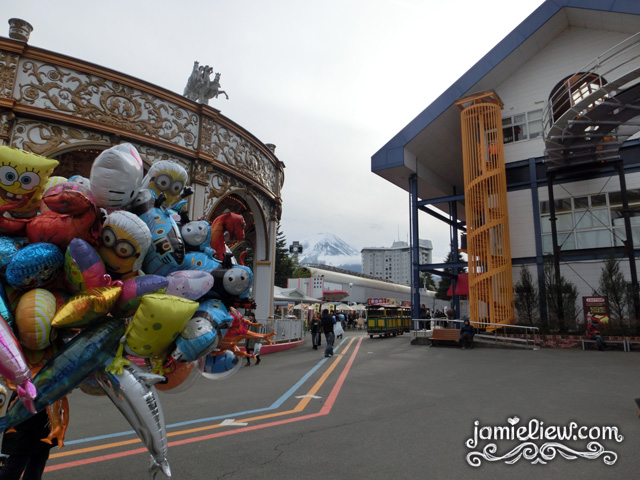 I just couldn’t take my eyes off Fujisan. even when I was super scared on the ride. I guess what calmed me down the most was Fujisan since I kept telling myself to look at Fujisan instead of where I was.. high up at the highest point of the roller coaster. 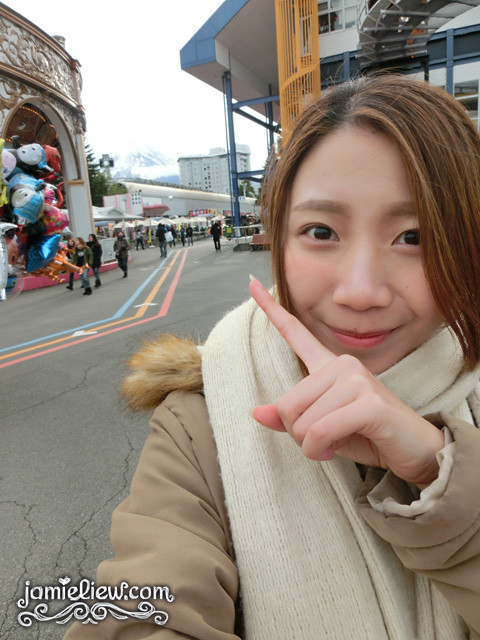 my only picture with Fujisan. hah! 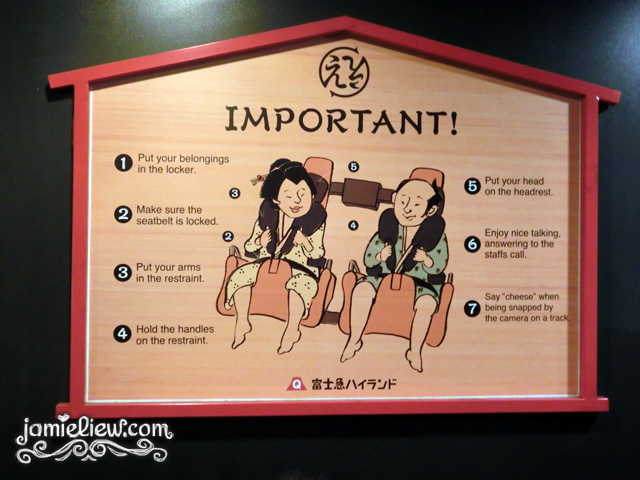 and a ride that shouldn’t be missed by ANYONE, Eejanaika! it’s really fun how they made it seem like it’s a ride for people from the past but my only complain about this ride is that.. it’s too short. it was the scariest too because you don’t get to prepare for “drops” since you don’t know where you’re going as the seats are constantly spinning around. 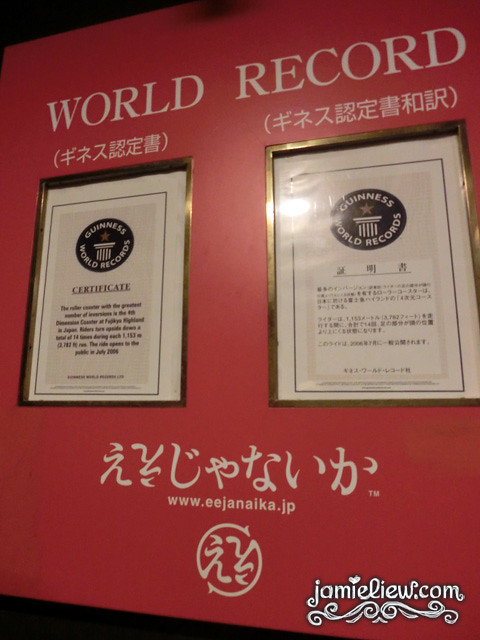 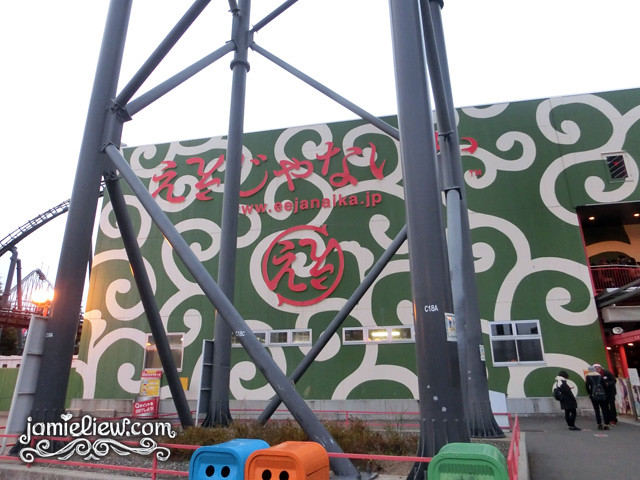 this was how the building looked like! very simple but it was absolutely fun. because FujiQ is about being weird, quirky and scary instead of all beautiful and not scary like Disneyland haha. even Disneysea wasn’t scary =S. 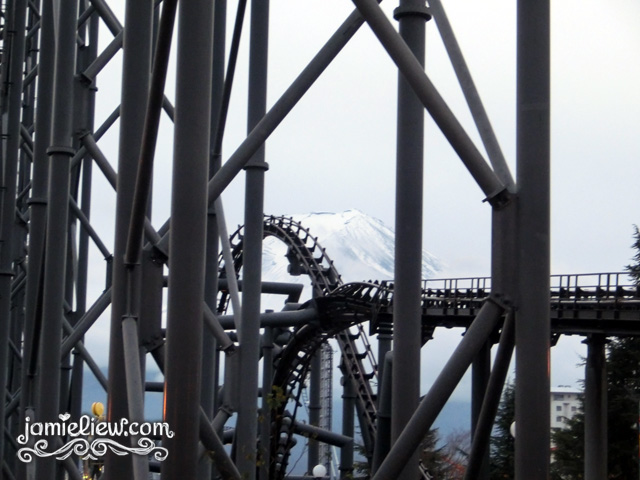 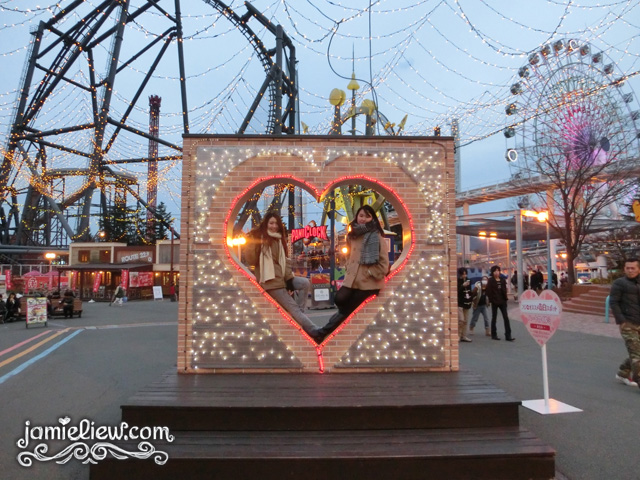 what single girls do. hahaha. 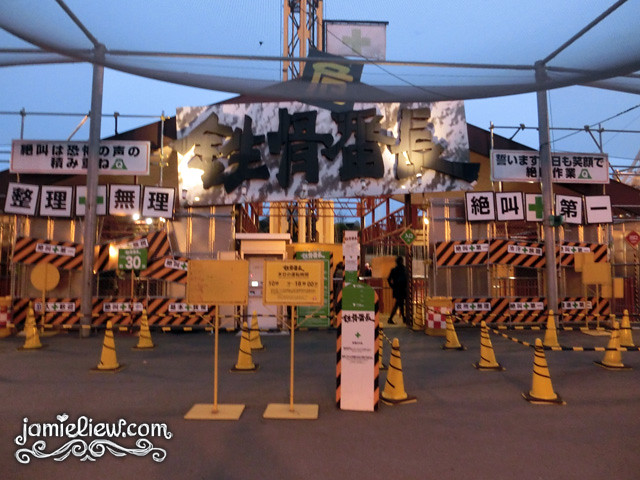 if you come here during winter, be sure not to ride on this ride. this is like the spinner except at a very high altitude. it was freezing but the view was spectacular ><. and I got a cold from riding that. 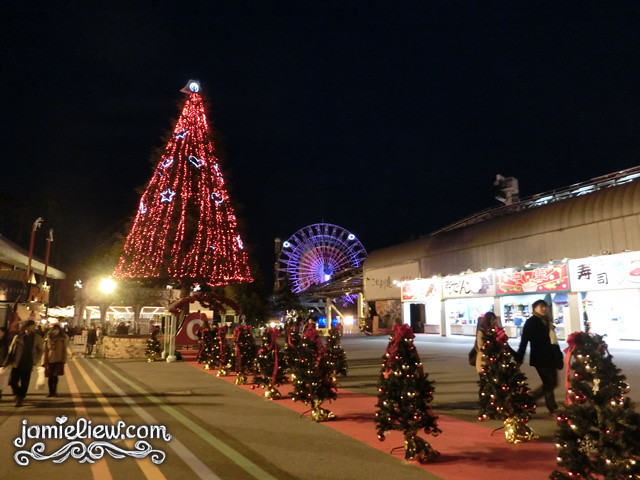 I was in a hurry so I didn’t take much picture of the night view but it was really pretty! I left an hour before the theme park closed and boy the whole illumination thing was really breath taking. 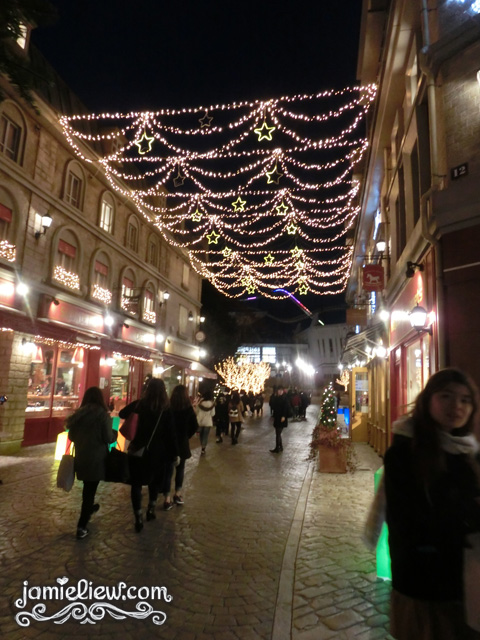 the “town” area outside the theme park was also very prettily decorated too! except I was in a rush pfft.

a few head ups on what to ride while being there, and I’ll rank them according to the degree of fun-ness haha.

so how are they different? well, I really liked Eejanaika because of its randomness. it was literally thrilling because you don’t know what to expect and you have no time to prepare yourself mentally hence.. it was really super fun. fun fact: eejanaika means “well that wasn’t bad was it?” in some Japanese dialect ^^. 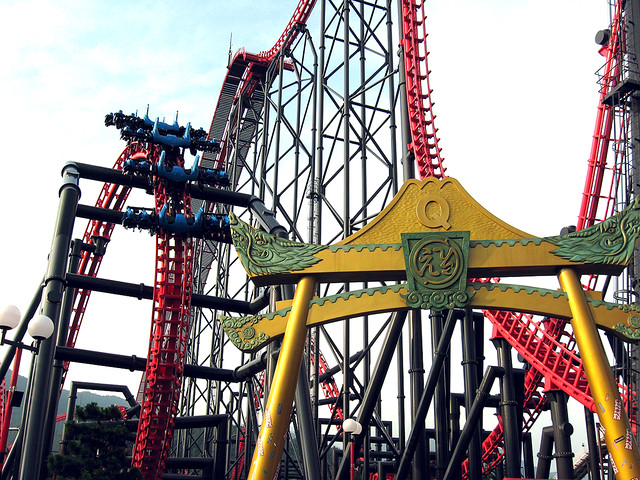 Fujiyama looked the scariest but it was really not that scary. because the speed was kind of controlled, you won’t feel like you left your heart behind during the drop. however, the few moments before riding it was truly scary because the roller coaster is super tall. like super duper tall.

Dodonpa was just really really really fast at the first few seconds. imagine, it accelerates from 0 to 170+km/hr in 1.5 seconds. and you need to go through a 90 degree slope up and down just to slow down! crazy much? oh, there’s a surprise before that crazy acceleration too ^^. 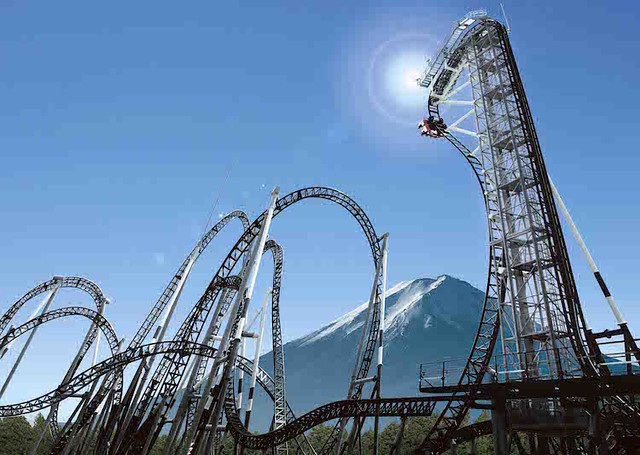 then we have Takabisha which was.. very scary at first. you’d go crazy while going up 90 degrees because it escalates SO SLOWLY and you’re literally going to feel super scared. especially when they stop ride (for quite a long while) before the 121degree drop and they DO NOT TELL YOU when they are going to “release”. 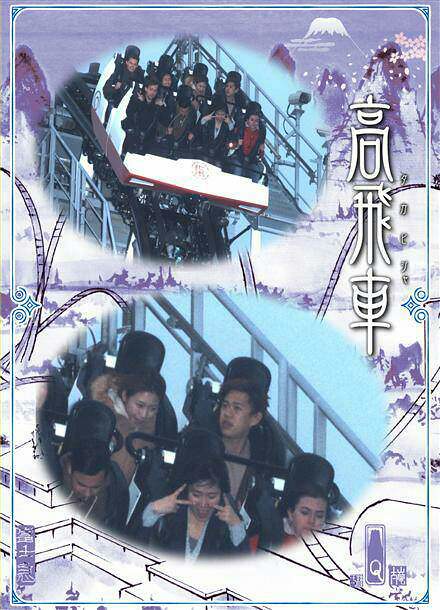 me and the guy beside me was super scared. but I was just looking downwards while he was.. well gazing in space thinking “I can’t turn back now can I?” another great thing about Fuji Q is that they ALWAYS tell you when and where they’ll take your picture so you can be prepared. except I was too scared to pose. and also, pictures sold there were pretty cheap. around 300-500yen. 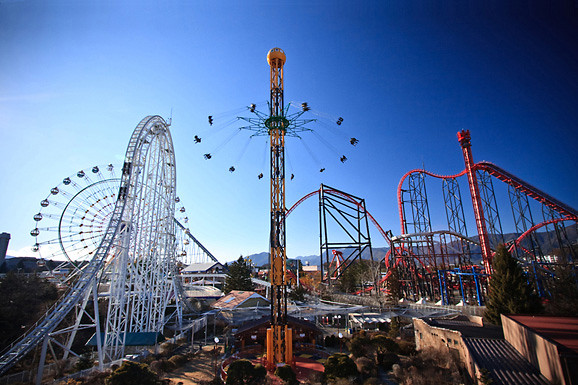 verdict: if you like roller coasters, go there. if you’re like me, you like it but think that it’s too much for you, go there still because you’d be shocked at how much more scarier it looks than it really was. at least that was how I felt!

OH OH OH! not to forget, there’s a very scary 50minute long Haunted Hospital which is ALSO the WORLD’S most terrifying and longest (almost 1km walk. in a haunted house ahem.) haunted house. it was a real hospital and I heard it is super duper scary. even guys freak out. there are even several emergency exits for those who can’t take it any longer. apparently the first 10-15minutes are the most intense ones with “ghosts” chasing you all around. =S. I don’t know, I’ve never been a fan and hence I didn’t go. they only allow 1000-1500 people in daily and the queue for this attraction was really long so I’d say if you want to go there, go there early.

here’s a video of when Big Bang went to FujiQ. pretty hilarious so watch it!