I was devastated ever since Hongik Bossam closed down. I felt like there were no more good Bossam’s around. until I found Janggun Bossam at Myeongdong, which costs a bomb.

then I thought to myself.. okay, there is no more good AND affordable bossam anymore..

and my friend brought me to this bossam shop hidden at the alleys of Jongro, Samhaejib 삼해집. 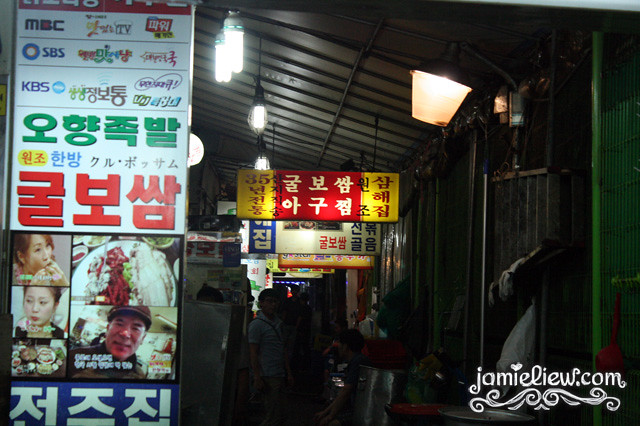 that red and yellow is the sign for this yummy place! 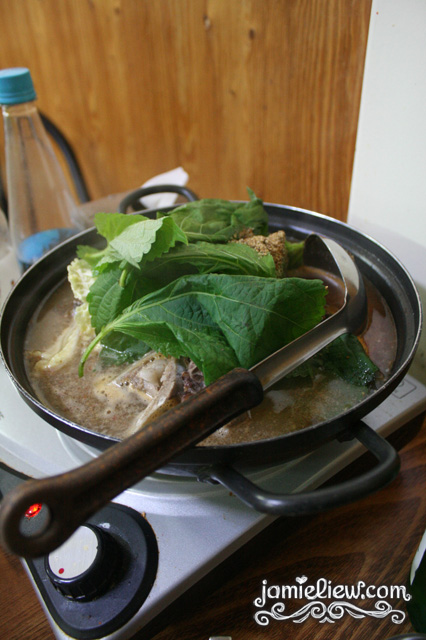 what’s even better about this place is that a Gamjatang will be provided as a basic side menu– FOC! 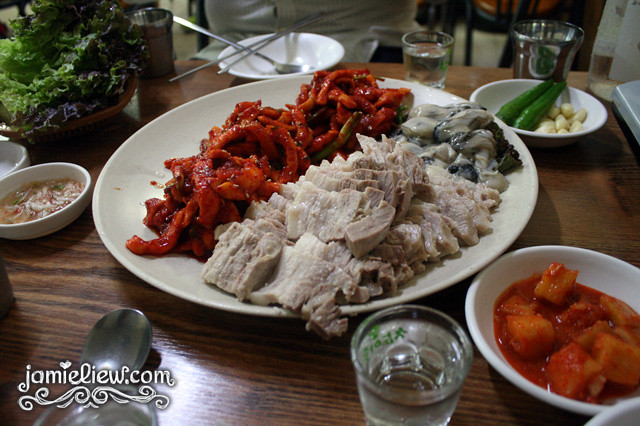 now, now, just look at that amazing plate of bossam. bossam at many other places are normally too hard and chewy and the pork’s not fresh/kimchi tastes bad. but this place’s purrrfect. so juicy and porky. except the pork isn’t from Korea. it’s imported that’s probably why it’s so much cheaper than other places. but hey! it tastes really good! 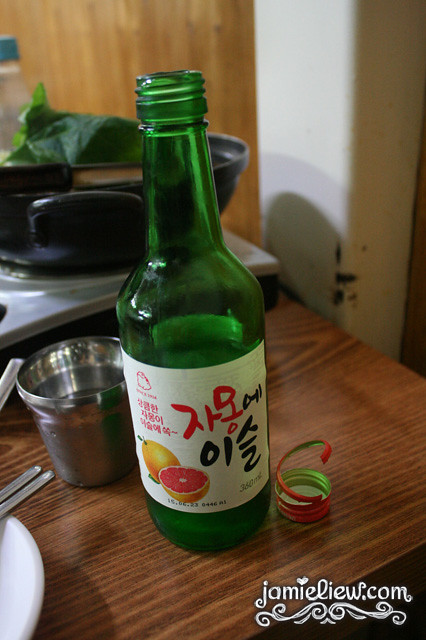 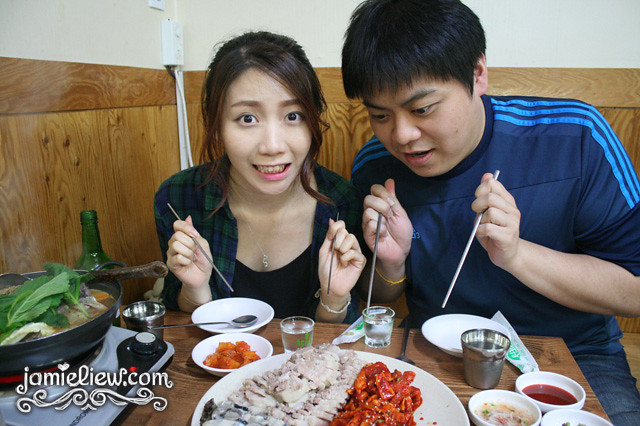 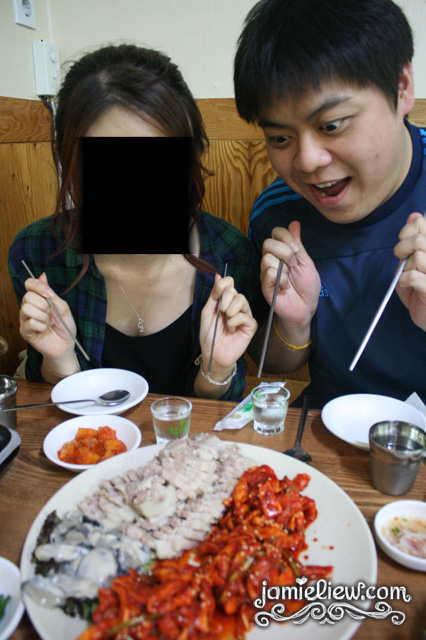 I HAD TO UPLOAD THIS PICTURE! look at Neoh’s face!!! he was very hungry because I was late haha. it was my last day in Korea! so……………….. . my eyes were closed halfway so I had to cover it ahhahaha. 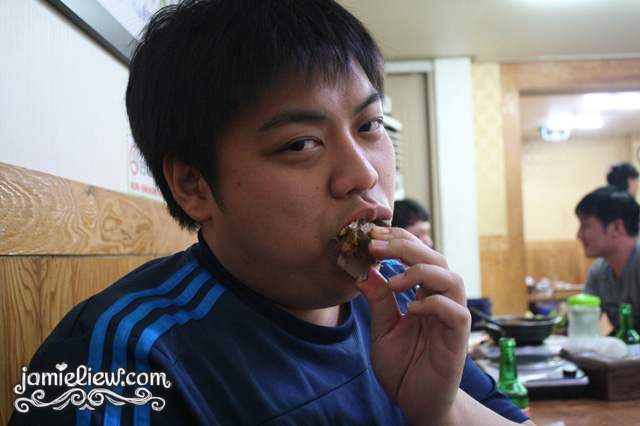 Neoh’s single and looking. well after uploading this picture.. I hope he gets more girls hahahahaha. he’s my most adorable friend. =D. 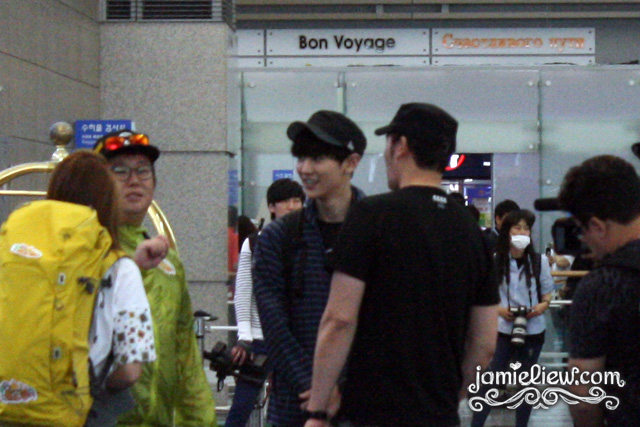 and just a few hours later, I saw Chanyeol at the airport. D=. CHANYEOL I’m TALKING ABOUT. total coincidence. I was glad I arrived hours before my flight. there were so many people around with their large cameras. and I was inside the airport. AND I got a good viewing spot =3. I’ve never said this on my blog, but I have Chanyeol on my phone’s background picture for over a year now. I really like him. heheeh. I guess it was just meant to be.