I’ve always preferred Osaka over Tokyo as the food, people and environment here’s much better. it is just a personal preference but I feel much more relaxed here and.. a new Malaysian friend I met in Osaka brought me to a place which gave me even more reasons to love Osaka. and it is.. Tenma. it seems like a really run-down place and all but truth is, everything here’s really cool and hipster. stand up bars, cheap sushi places, ramen shops, wine bars, whiskey bars, beer places etc. 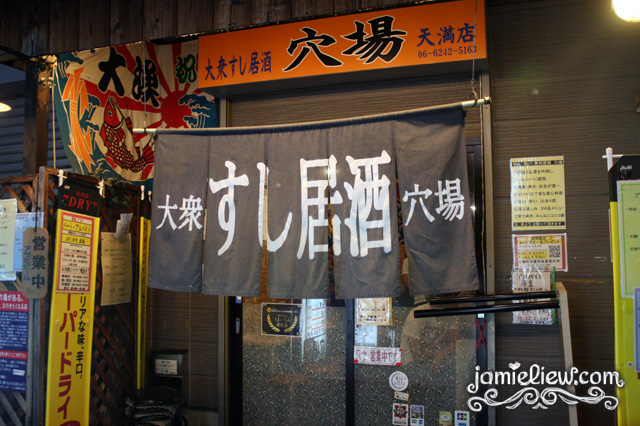 so for this time, we settled down at this restaurant popular for fresh delicious sushi for… 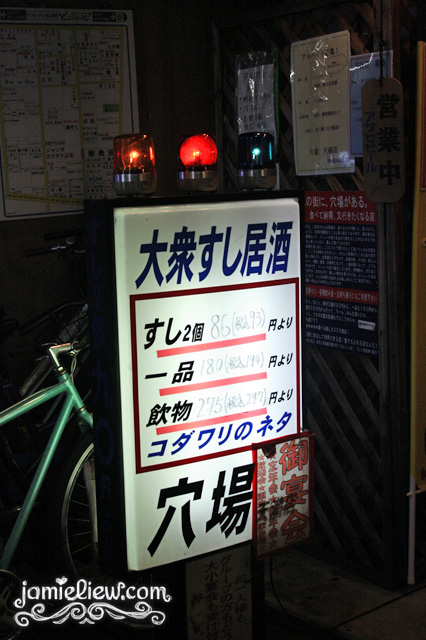 a really low price. such low priced sushi isn’t easy to find in Japan. some of them cost even cheaper than 100yen! 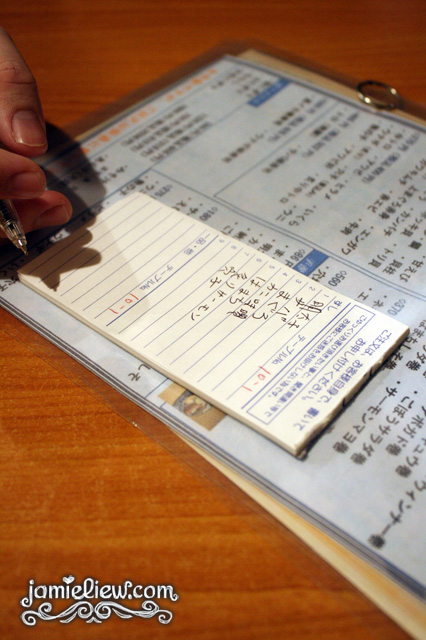 a downside to this restaurant though.. or maybe to most places in this area, is that there is no English menu and it will be super difficult if you do not have a friend who reads and writes Japanese with you. but I think it will be fine too if you read Chinese =D. you could always point! 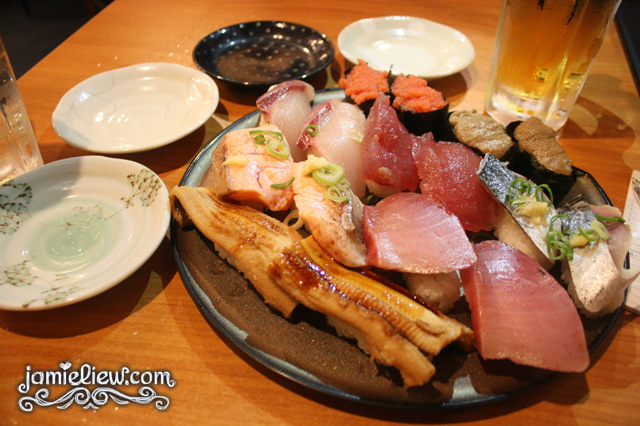 the sushi’s served on a huge platter like this! MMM. look at those raw fish cuts!!! I actually compared and the raw fish cuts with its rice and guess what.. that cut of maguro was 1.5 the size of the rice!!! 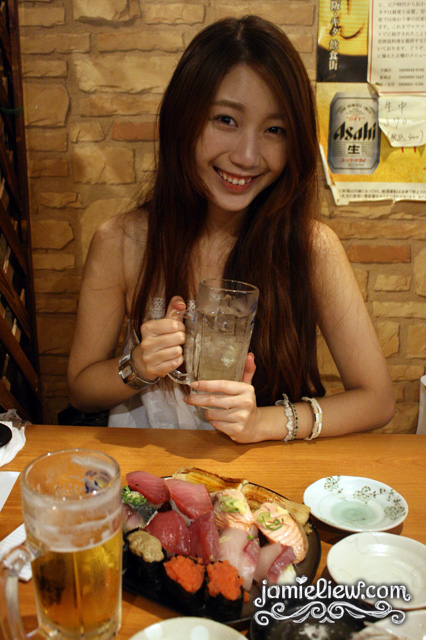 my favourite drink in Japan must be plum wine (umeshu) with soda! 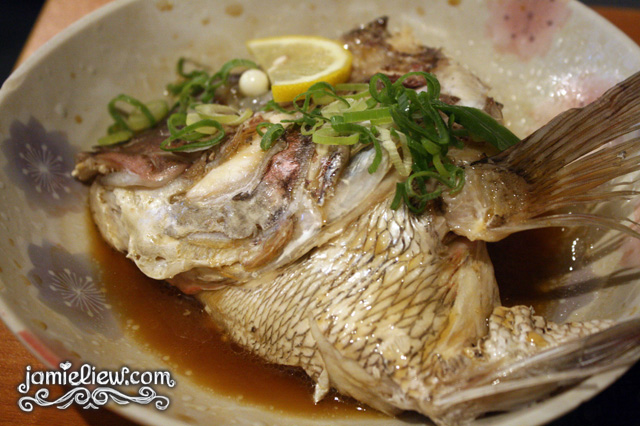 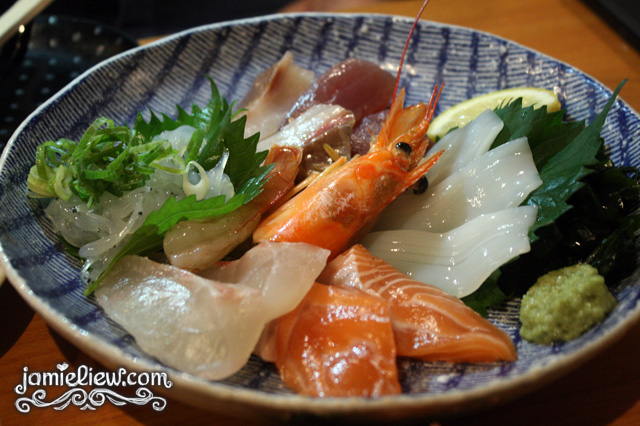 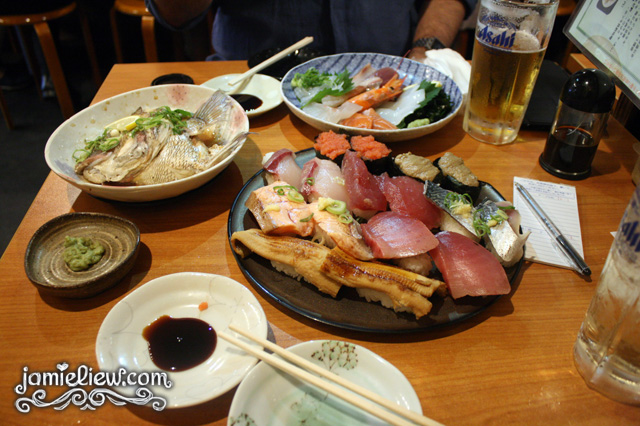 lets feast! this was definitely too much for me. =S. but…. the extra spicy mentaiko was SOOOOOO good. 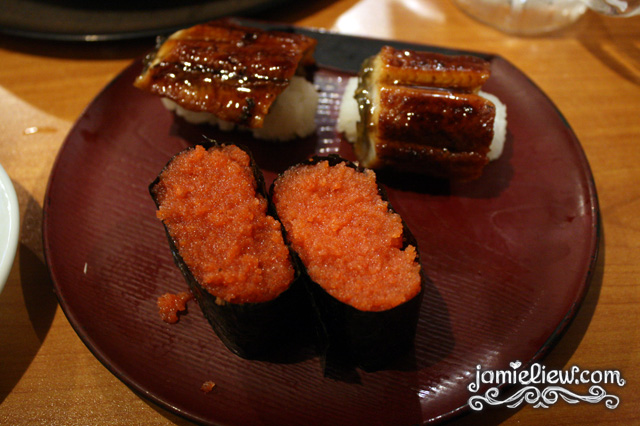 so one more pair please! apparently when people come here, they’d end up at 2-3 places to drink and eat but.. our first round filled me up already. 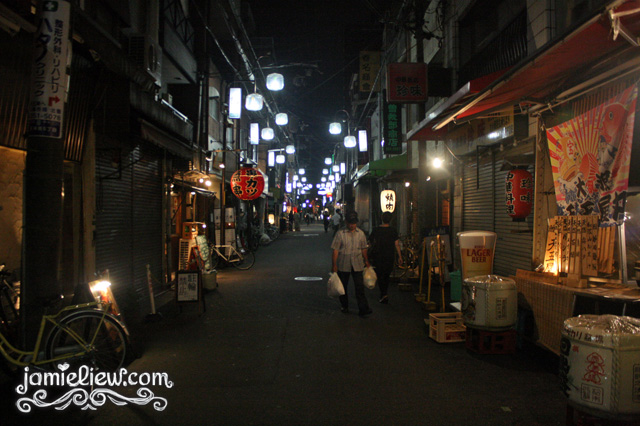 so we just took a stroll around the hood and.. I regret eating so much because there were so many places that I wanna try!!! 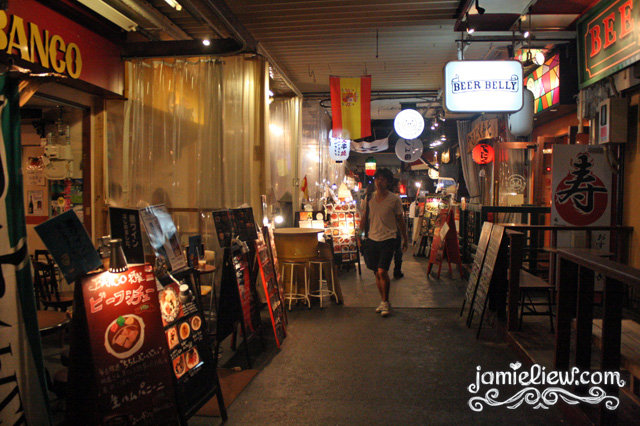 there’s even a beer belly here! if you don’t know yet, beer belly is a chain beer bar which sells Osaka’s own beer, the Minoh beer. they apparently have many types and flavours and it is said to taste really good too! 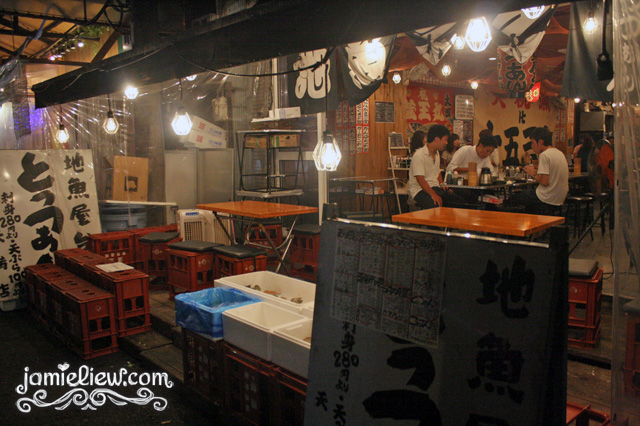 look at how hipster izakayas here are! 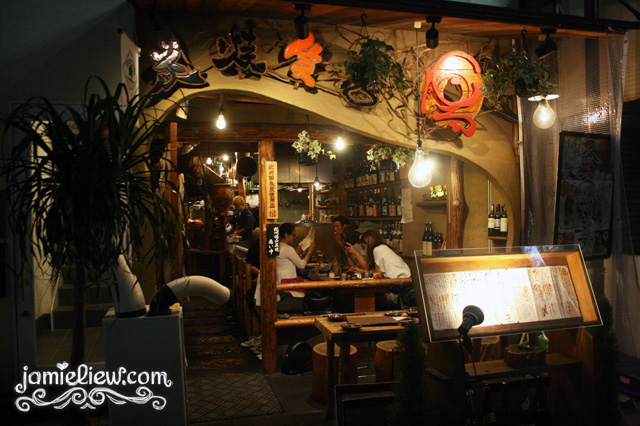 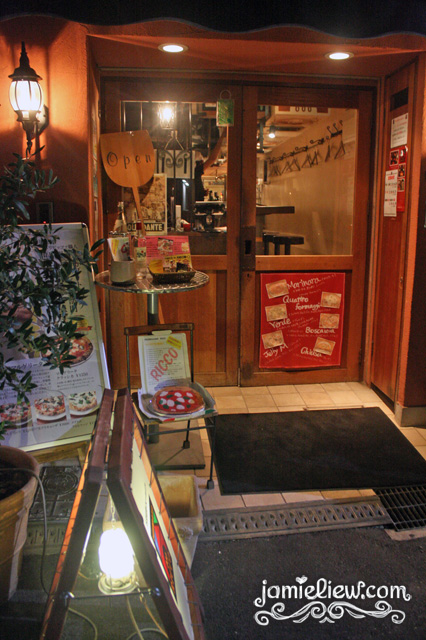 tiny Italian restaurant. dining on a bar? not bad! 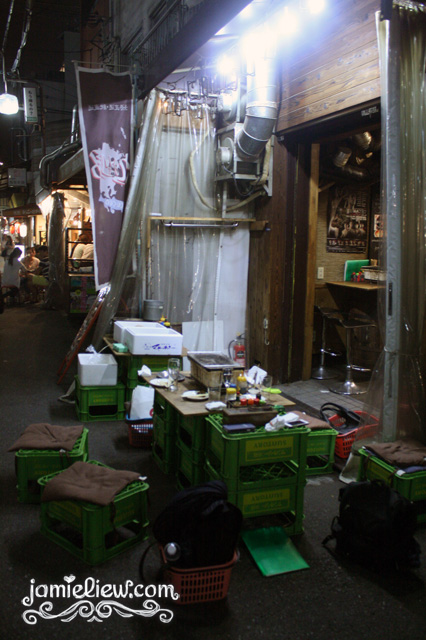 and the most hipster place of it all! 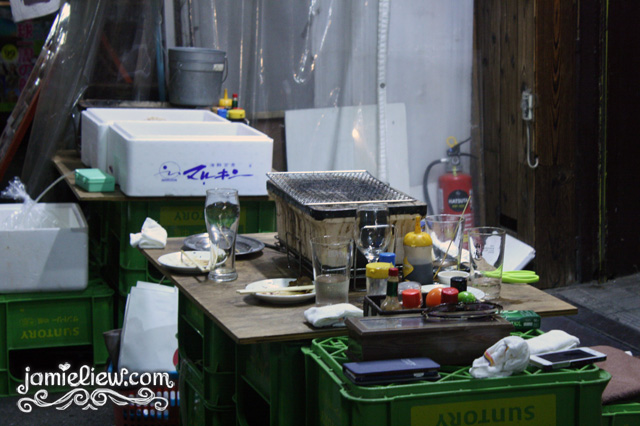 sitting on plastic boxes, having barbecue and drinking wine? also, seems like Japanese people leave their phones and bags lying all around. it’d be gone in Malaysia in no time. ahhaha. just saying.

all in all, I LOVED Tenma. to get there, just get to Tenma Station (JR) and get out of the exit that looks like it has a lot of things to see!

I love there small alleyways with the shops! Motivates me to start studying Japanese again. Great post!! 🙂