located only a stone throw away from Sinsa’s famous Garosu-gil, Pro Soy Crab is yet the best access to quality soy crab any time of the day as it is open for 24 hours. I hadn’t been into soy crab so much as I’ve only had low quality ones in shops that claim that they have “delicious” soy crabs. after a few bad experiences, I guess I’ll stick to Pro Soy Crab and my all time favourite Kuengiwa-jib. I heard that there’s this shop which specializes in Soy Crab in Gwangjang market except you can’t dine in and it’s only for take-away. there are also a few restaurants I’ve heard of but they always came out to be a little pricey and are normally situated at odd places (with nothing around it seriously) so… 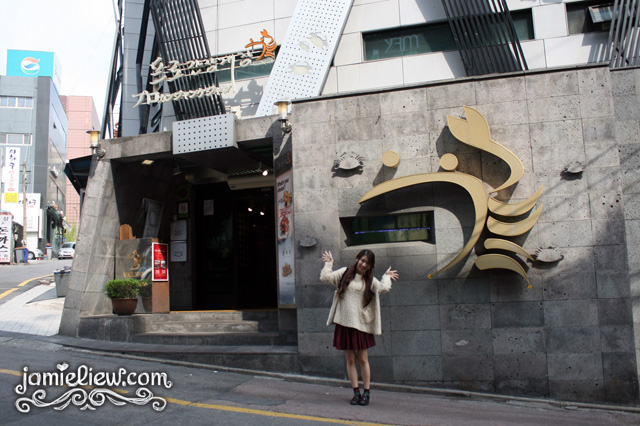 the entrance of Pro Soy Crab was pretty grand with their pro looking design and all. they have 3 restaurants across Korea one being in Haeundae Busan, another in Jamsil and one here in Sinsa. they also have restaurants in Japan (Tokyo and Osaka) and China (Shanghai and Beijing). but of course, the best has gotta be eaten here at where it all started right?

plus, a Korean friend brought me here the first time and he described the taste of the soy crab as “melting butter” I guess I can trust him for recommendations. 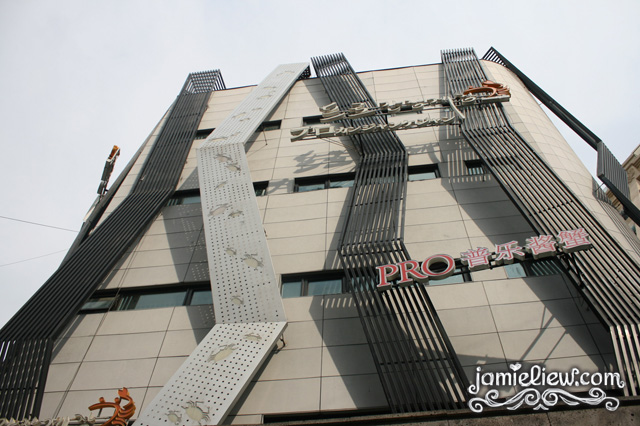 I mean, the whole building belongs to them! I went there on a weekday and it was over 50% filled. when I went there during a weekend.. I had to wait for half an hour just to be seated. the service here isn’t very “pro” I’d say but the crabs are definitely decent. 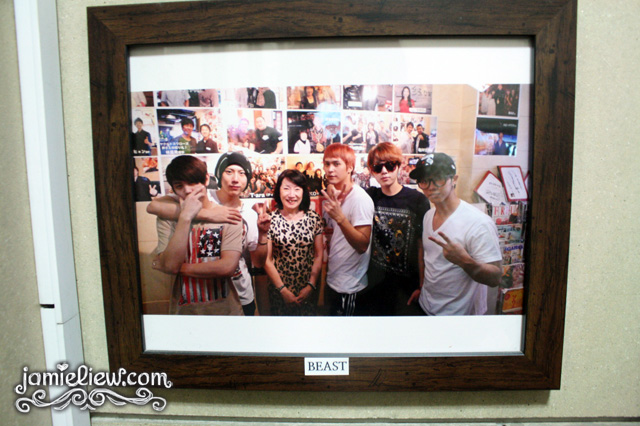 had been a fan of Beast since their early stages but I still only like Dongwoon and Dojoon. ahahah. 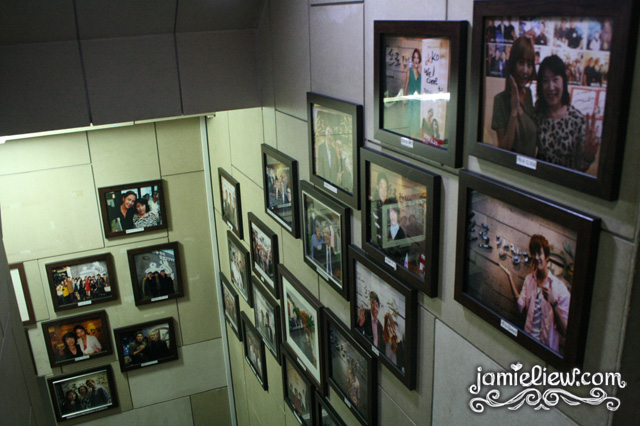 the amount of celebrities whom had been here’s.. crazy. even BoA’s been here! there’s another wall filled with signatures. it’s mad. 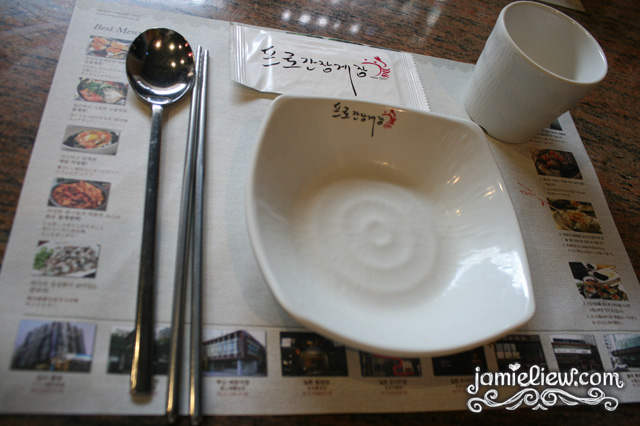 the set up was nothing fancy, plastic plates and metal cutlery. 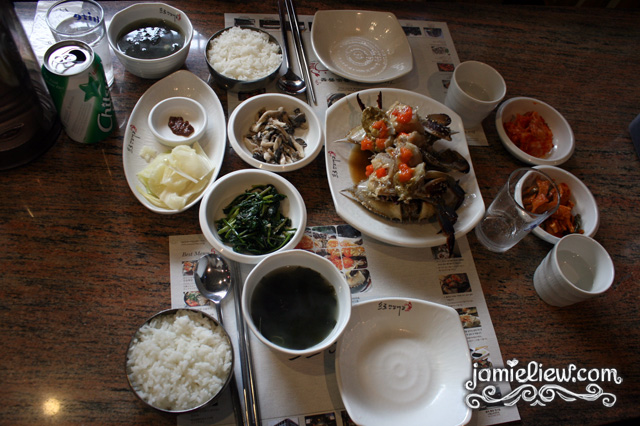 at Pro Soy Crab, a minimum of 2 crabs (they use blue crabs. sweeter I guess?) will be required. they have 2 sizes. and for me, I’d say one smaller crab is already enough for me to devour my whole bowl of rice. Soy crabs are not called the rice thief for no reason. their banchan (side dishes) on the other hand was nothing special. their Miyok-kuk though was fantastic. 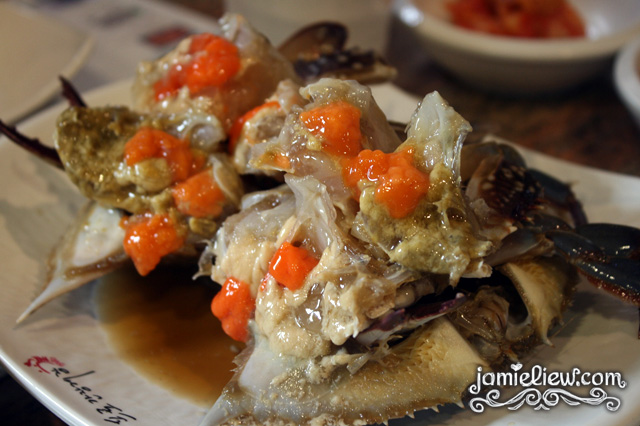 and here’s the amazing soy crab!!! these crabs, if you don’t already know are raw but fermented in a way so yummy you wouldn’t taste any fishiness. their roe was not quite comparable with Kuengiwajib but the taste was about as good! it costs 55,000won for 2 while it costs 50,000won for ONE at Kuengiwajib T_T. I’d definitely go for this one as I get similar happiness for almost half the price. 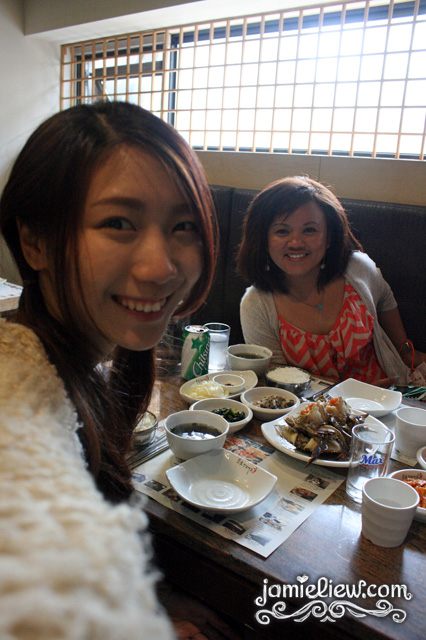 with my Filipino American friend from Alaska, known as Miumiujagiya~ bubbly and down to earth! love this girl! 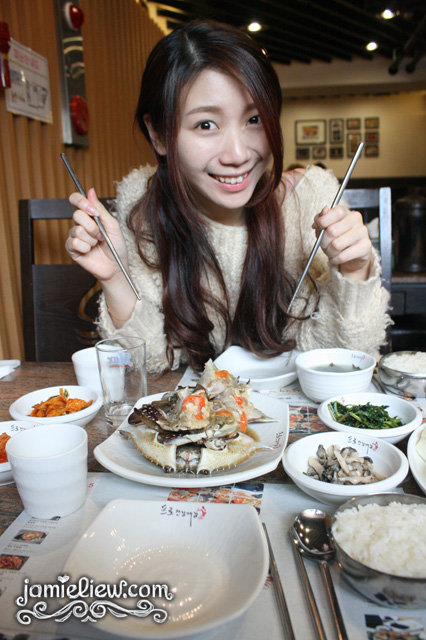 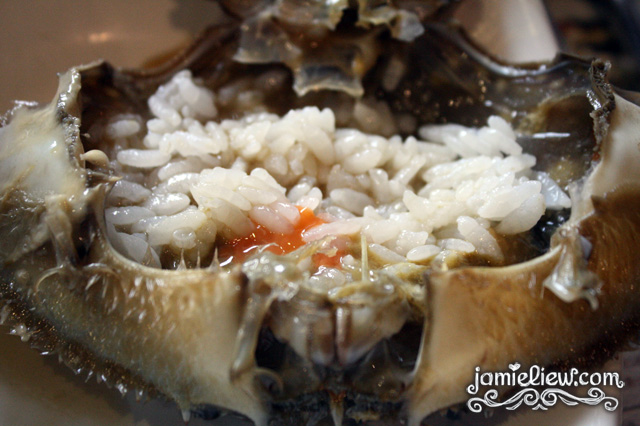 while most of the meat of the crab’s easily eaten by just simply biting it and have the meat splurt out into your mouth, the best part of the crab to me was the “head” of it. or do you call it the shell. it’s so DIVINE. just mix some rice with the sauce already present on the shell and voila! 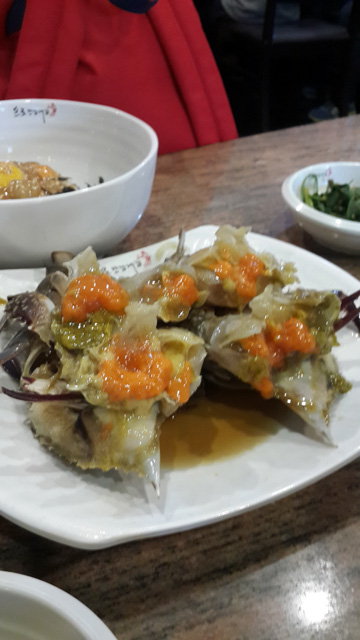 I went back after 2 days because my HK friends were here ( all my friends came back to back T_T) and we ordered the same thing except more roe can be seen that day despite waiting for 30minutes. the food was the same except the service was a lot poorer since it was a busy day. but they hadn’t taken our orders but had served the Koreans behind us who came LATER than us >_>. 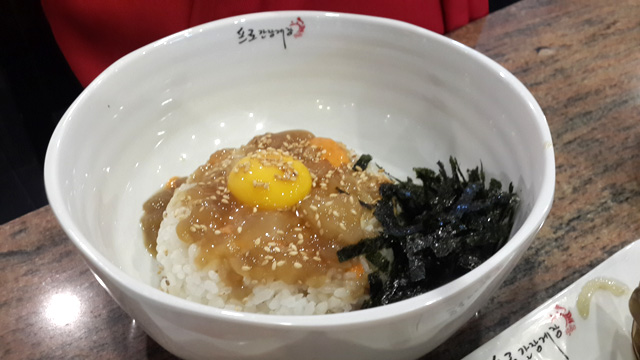 I had a similar dish called the “gaeal bibimbap” at Kengiwajib and it was fabulous there but here…… I’d say it was a big disappointment because they had very little meat and roe in contrast to the amount of rice. the seaweed definitely overpowered the taste of everything too. although 10,000won cheaper than the other place, this bibimbap still costs a hefty 20,000won. for such quality, I’d say don’t get it.

the crab and rice is enough to make you happy. trust me.

they have quite a large range of menu but because everything’s pricier than normal.. I’d still only go for the crab T_T. 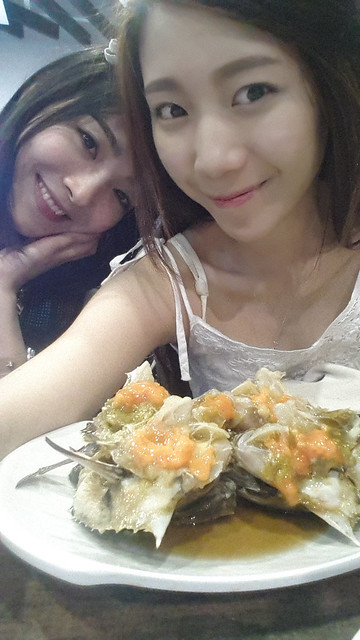 I mean, look at these divine-looking crabs! and this is Gigi, the prettiest HK girl I know! =D. 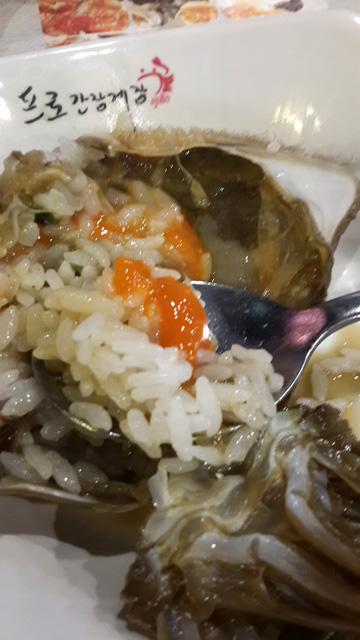 I can’t get enough of this really! MMMMMMMMM.

directions: get out of Sinsa Station Exit 4 walk straight and turn right on the 2nd alley.

Haii, came across your blog while researching for my upcoming trip. I’m a muslim, therefore, food will be the biggest concern I’ll be having for the few days spent in Seoul. Anyway, I’m interested to try the Pro Soy Crab and since you’ve tried eating there, do you think they mix alcohol with the crab?