so last month for le DongSaeng’s birthday, we headed to Brera, a shop in Beotigogae (near Itaewon) owned by a humble Italian man and food here’s said to be as original as it gets. I’ve never been to Italy and most of the Italian food I’ve had were all tweaked to adjust to the local’s taste. 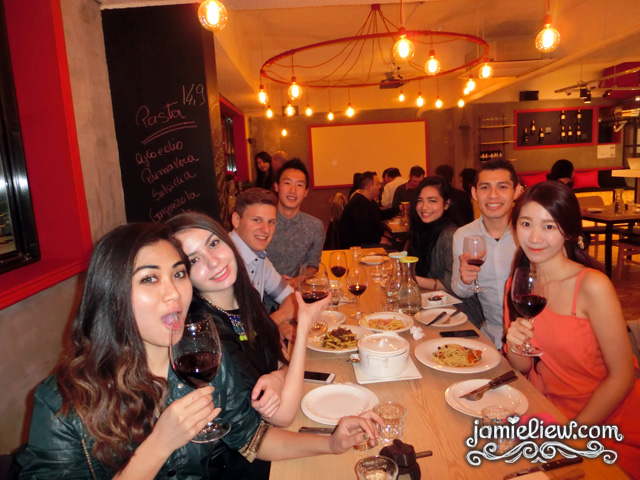 despite studying in Korea, le dongsaeng seems to hang out mostly with foreigners. well that kind of happens to me too but I still have a handful of Korean friends! 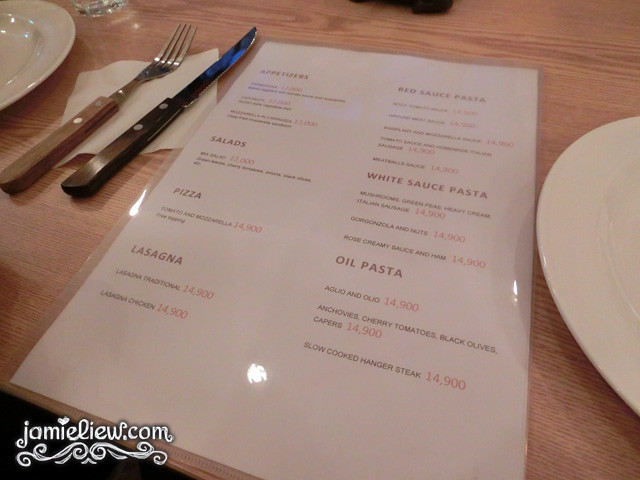 the menu was pretty simple and most of the main dishes were 14,900won. they had 1-3 choices for every category and they also had desserts which was not shown on the menu. Brera apparently moved to this new location not too long ago and even though the place was pretty quiet, (definitely not a place for you to stumble across nice Italian food) it was pretty crowded! that proves how popular it is as most customers gotta be regulars to visit the restaurant in a.. not so crowded with restaurant/entertainment place. 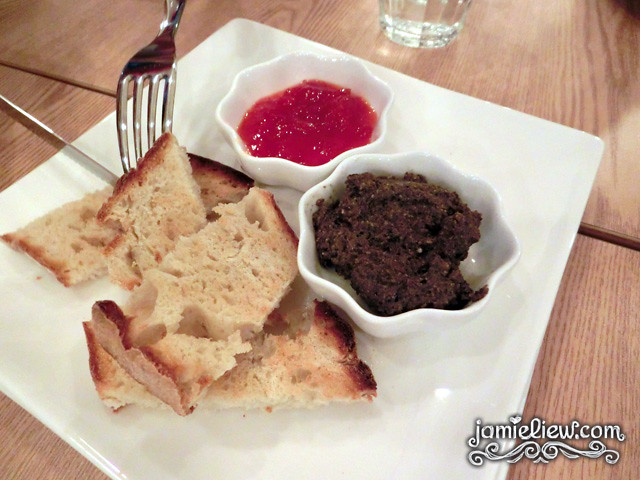 they first served toasted bread as starters with two type of.. jam? the red one’s sweet and spicy. it was pretty weird but delicious at the same time and the other one’s olives. 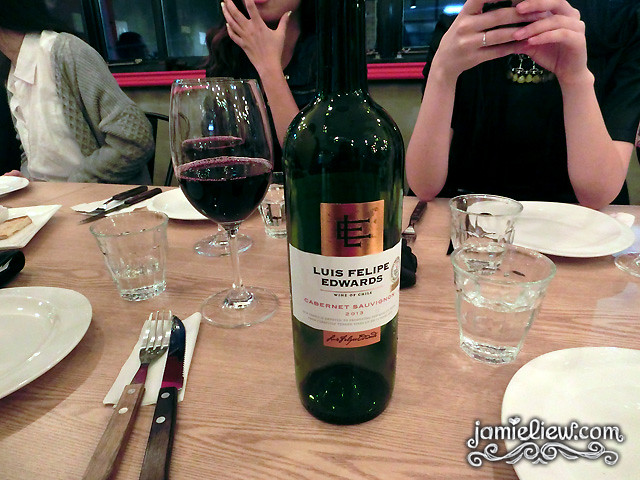 we decided to go with a bottle of red wine. 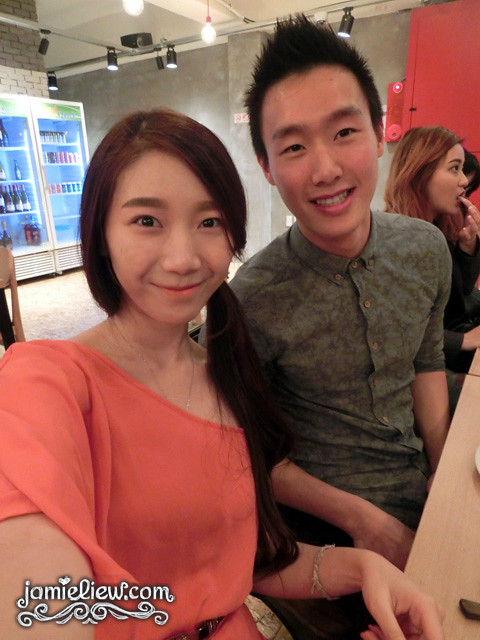 Happy Birthday Dongsaeng! meet Yie Chern, the dongsaeng (little brother) that I favour the most in Seoul but he acts more like a big brother instead; listening to all my babbles and rants about everything and he’s just cool like that hahah. 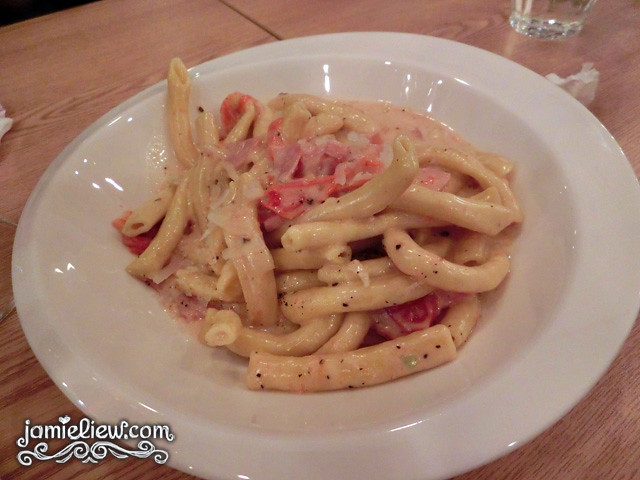 first up! rose creamy sauce and ham pasta! the portion wasn’t very big but the taste was no doubt superb. it seems like the pasta was handmade and it had a very homey feel to it. this place’s definitely not the posh type of Italian food with sky-high prices but instead it’s pretty affordable and it makes you feel like you’re in an Italian home. 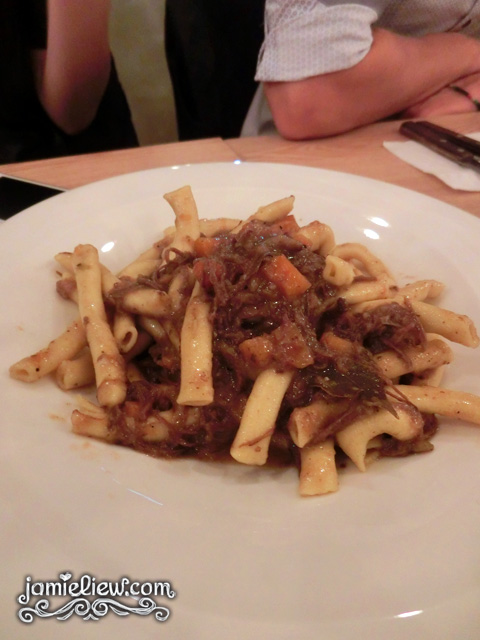 this was my absolute favourite. it’s called the slow cooked hanger steak pasta. the beef was so soft and tender and the taste… just thinking about it makes me salivate =3. they absolutely didn’t skimp on the beef but I wish there was a little bit more pasta T_T. I may look like a lady but I nom like a man! 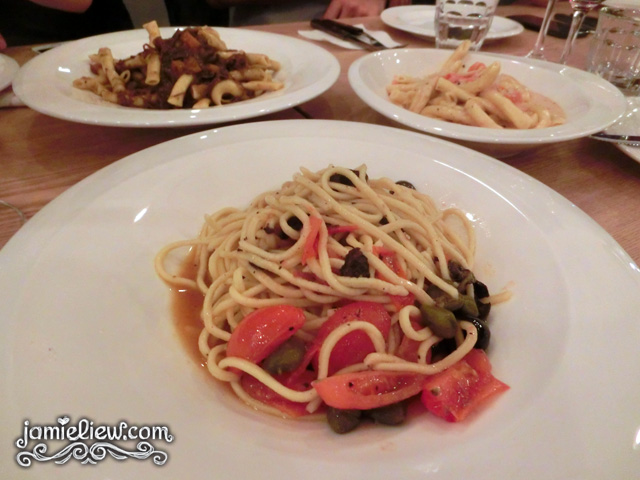 I forgot which pasta was but it wasn’t my favourite. mainly because.. I’m not a big fan of olives =X. 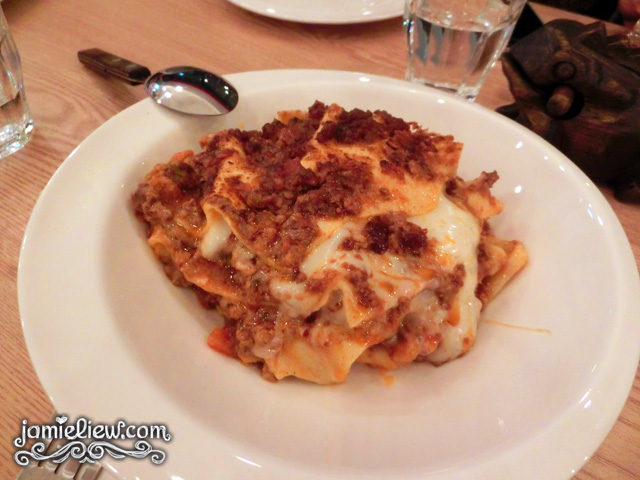 traditional lasagna. NYAMMMM. this was purrrfect ^^. 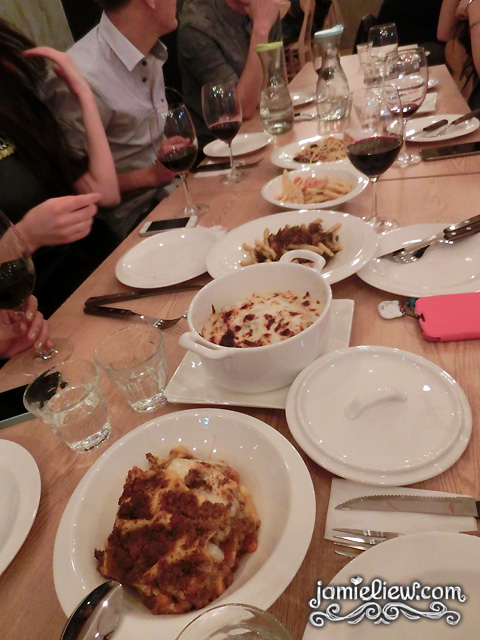 that lasagna with the lid on’s the chicken lasagna and it’s surprisingly super good too. most voted for that to be the best lasagna but I couldn’t choose between the two!

we also ordered the pizza but I wasn’t very fond of it since I found it to be a little too bland for my taste. my favourite (authentic too) pizza place is still Salvatore Cuomo. but it costs a bomb there (the one in Japan’s cheaper pfft. but I still love that place so very much.) so.. this place is better price wise! 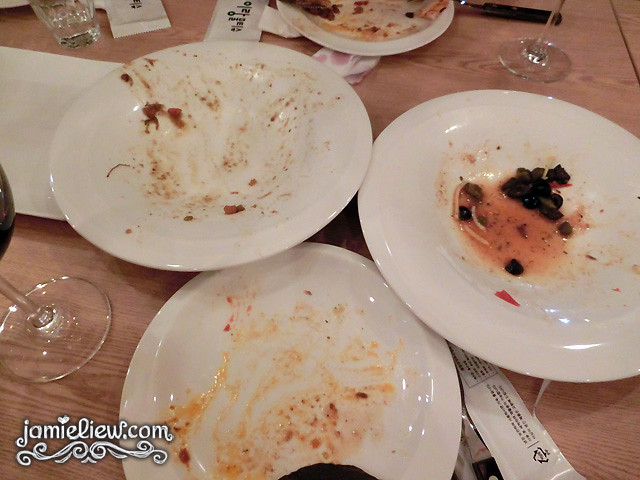 the degree of cleanliness shows how delicious it is! =3. 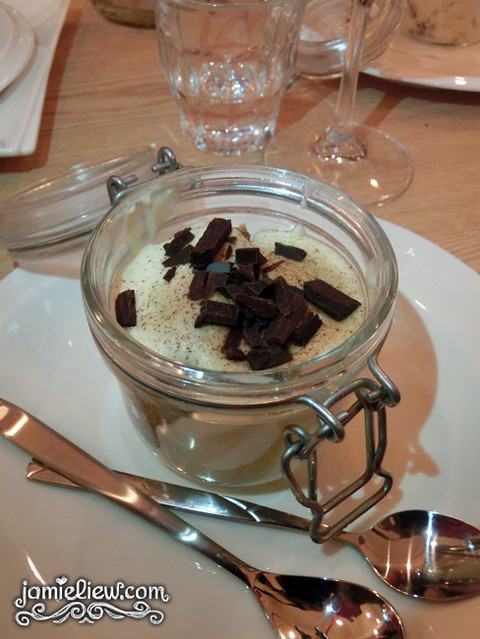 time for… the apparent best tiramisu in Seoul! to be honest, Seoul barely has any nice tiramisu. I once went to this tiramisu specialization shop but oh goodness.. it was so bad I don’t even want to blog about it. the tiramisu from Holly’s Coffee’s not bad and the one in Brera? absolutely delicious. it could’ve been more yummy if the cheese taste was stronger but again, that’s probably just a personal preference. 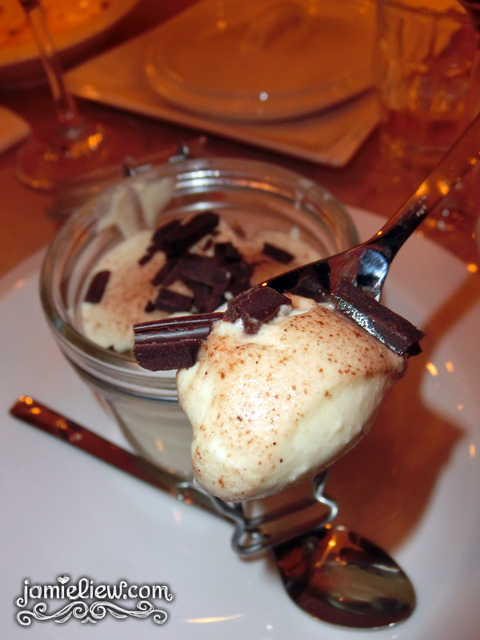 look at that delicious scoop of melt-in-your-mouth tiramisu! <3.

so if you’ve never had original Italian food before, Brera would be the best place to finally try it! =).

directions: get off Beotigogae Station exit 1 and take a u-turn then walk up the hill on the right and tada! Brera!

You really pretty in orange!