HELLO MY DEAR READERS! I know it have been very long. I am still surviving. just done with my exams and I am here to introduce you a popular ice cream store in Seoul located at the “Paris” of Seoul; Garuso-gil, Sinsa-dong.

turn into the alley next to L’Occitane and you’d eventually find this unique ice cream store called REMICONE. 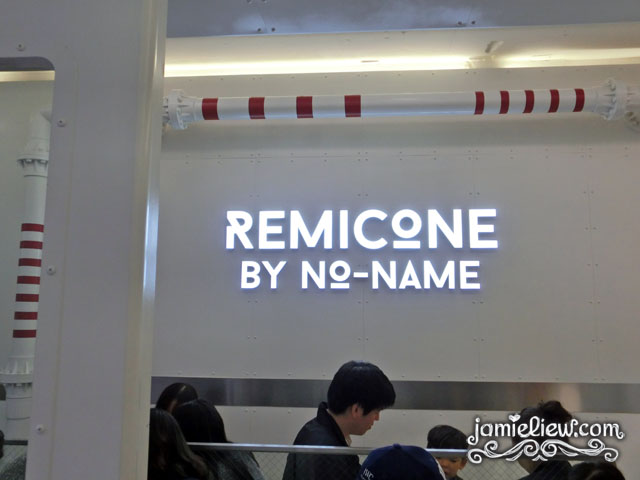 and apparently, it’s by no-name. reminds me of spirited away. hahahahaha. 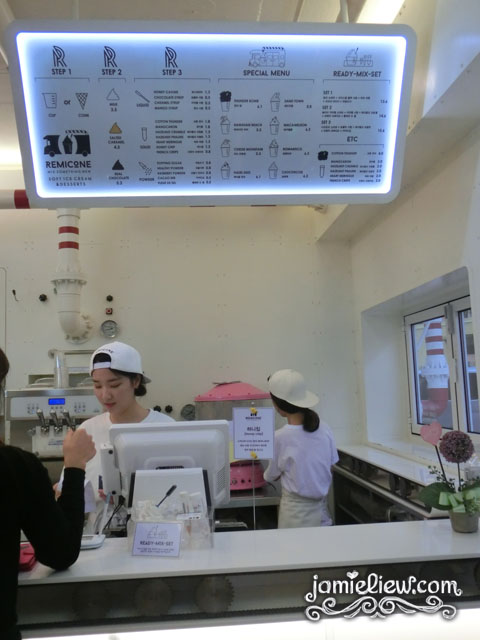 so when you walk into the store you’d see pretty waitresses dressed in write. 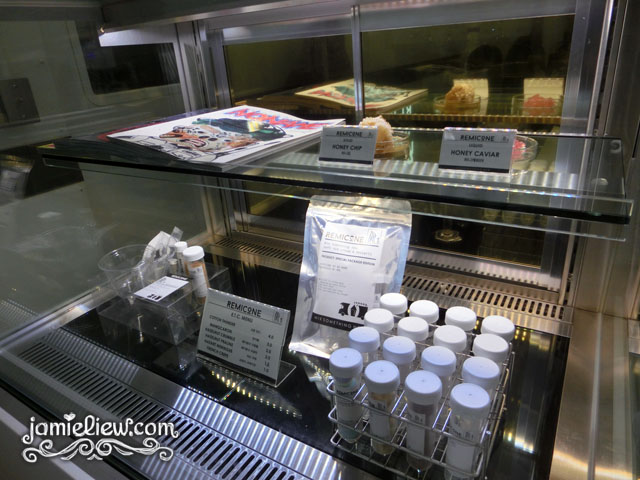 everythings in test tubes and flasks and all. very special. that take-away kit. I want that too. it looked exactly like an experiment kit. 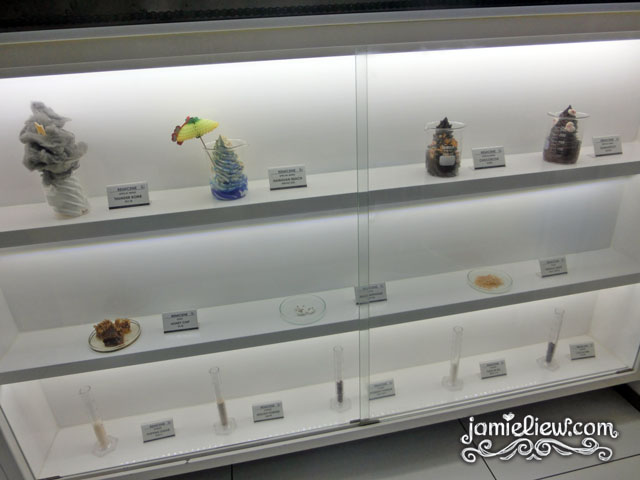 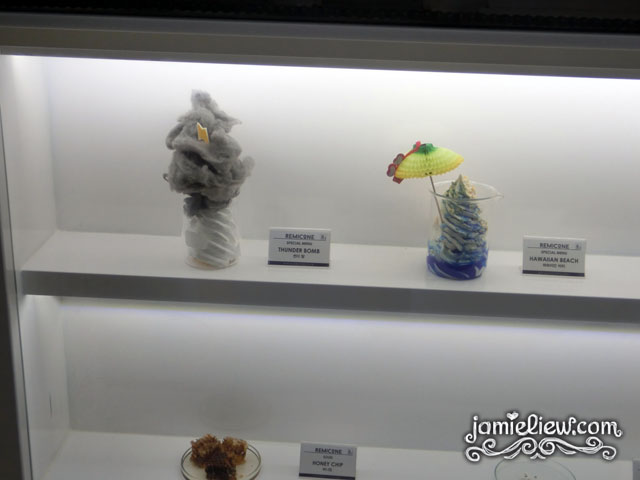 want to know how your ice cream look like? check them out on the display! 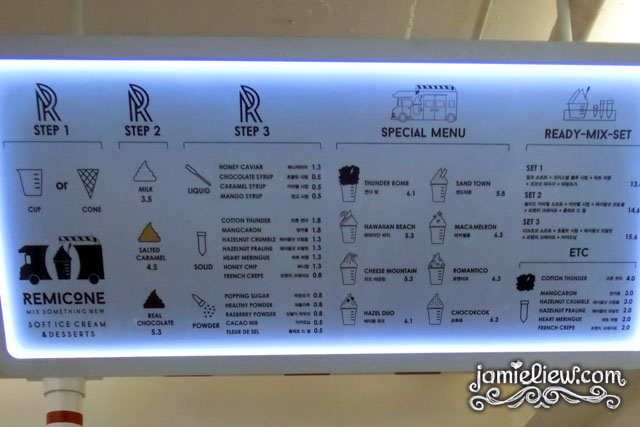 here are the prices for your reference.  their special menu’s look really good! like.. macameleon and cheese mountain. but since it’s my first time here, thunder bomb please! 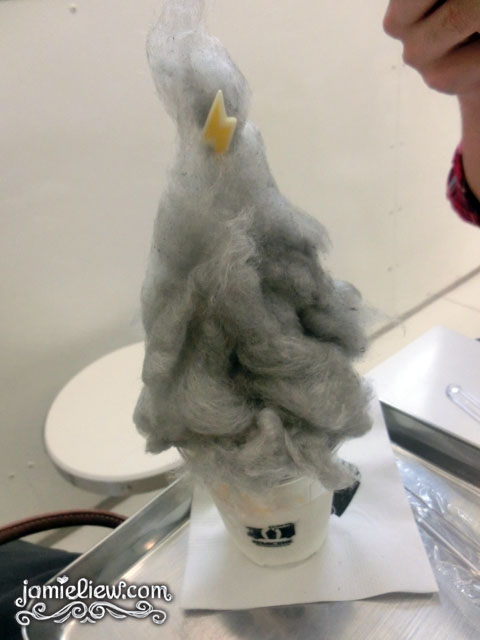 thunder bomb, 6,100won. not cheap for such a tiny cone of ice cream but the presentations so worth it hehe. my friend commented that it looked like a grandma 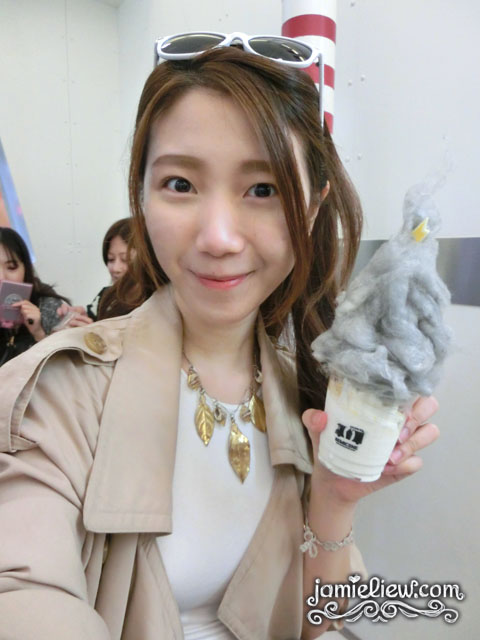 with le thunder bomb ice cream! it literally explodes in your mouth. it’s actually much better than what I’ve expected and I am really glad I tried the combo! it isn’t exactly my favourite but it is indeed yummy and different. you might be surprised looking at that huge… fluff? of cotton candy on top of the ice cream but it is going to be just right enough for the small cup of ice cream. the explosions in your mouth might shock you at first but the tingling of it will make you happy. 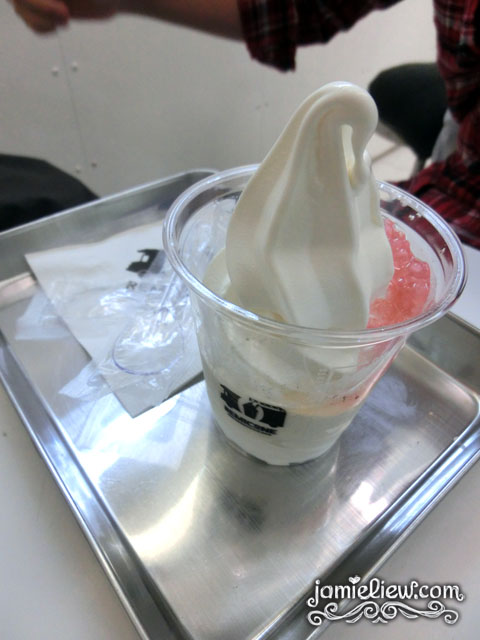 one was too little so I went ahead for another one. 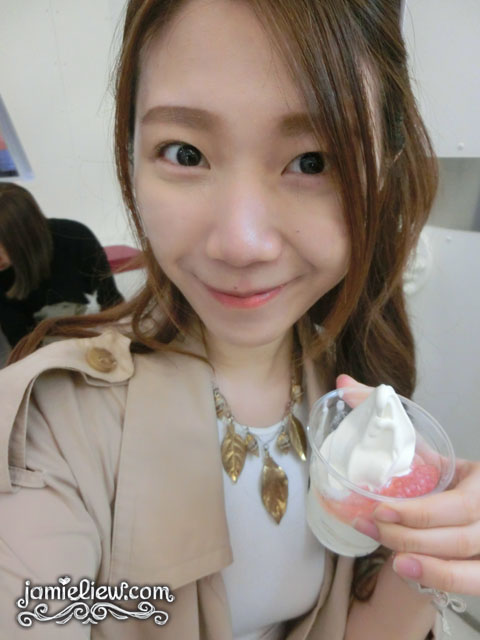 and my second ice cream! 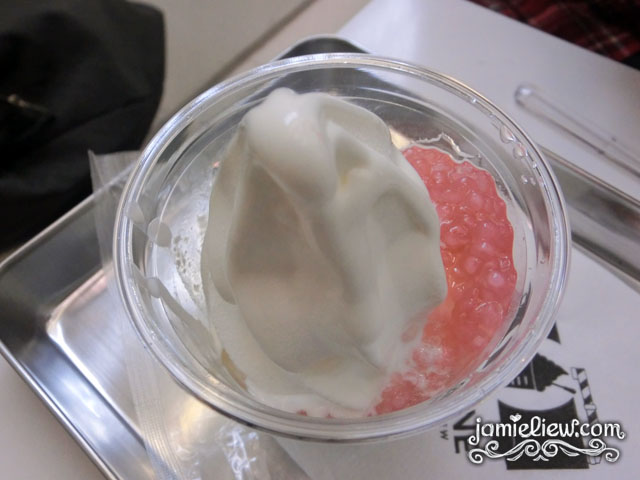 CARVIAR honey. well I am quite disappointed with this one. =X. I was so curious first because it is pink, second because it’s.. CARVIAR!!! but it is no carviar. if you’re Malaysian or from HK, you’d probably know what “lolo” is. that’s exactly it. mixed with honey. it’s still great but I would prefer putting in a honey comb which was and is still my favourite when it comes to milk ice cream!

verdict? it’s good overall. if you’re in the area don’t be a cheapskate and go try it! but it isn’t cheap comparing it to its size. it’s not really enough to be honest. for a sweet tooth like me at least. other honey milk ice creams felt a bit more filling somehow. but whatever it is, it’s the only of its kind so far. so.. =D.

Hi! May i know what model of camera are u using ? Thnks 🙂

I like that “The Bomb”!
Does that ice cream parlor store has a branch anywhere outside Korea?

Still curious, does ‘the grandma’ taste/ feel like pop rocks in the form of cotton floss? Grey coloured foodstuff are really quite….not appealing ^^;;

BTW!! Am absolutely, definitely not trying to say anything other than the resemblance; but the second pic really really looks like you! http://en.rocketnews24.com/2014/11/03/japanese-high-school-holds-annual-contest-to-decide-the-prettiest-girl-in-school/

Im trying to get in touch with remicone owners can u help me by providing their contact details and email address.

Looking forward hearing from u.