if you’re in Japan on December 31st, you MUST visit a temple/shrine. it isn’t exactly what all Japanese people do but I can guarantee you a huge crowd. in fact, I headed over to Fushimi Inari, my favourite geisha shrine. okay, it isn’t a geisha shrine but I call it that because it came out in “memoirs of a geisha” and I loved that scene a lot. 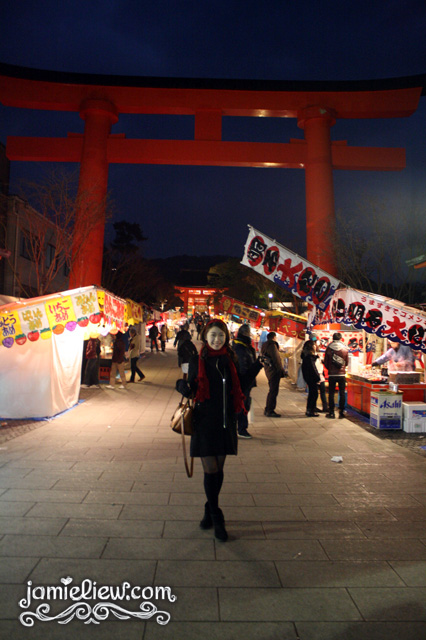 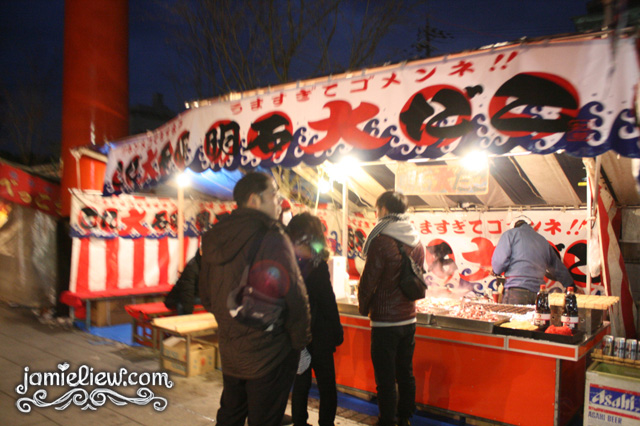 some random store. the food at festivals are really good. no idea if it is because I was in a festival mood or maybe because there was a lack of food and everything just tasted so good. but they are also much more expensive =(. 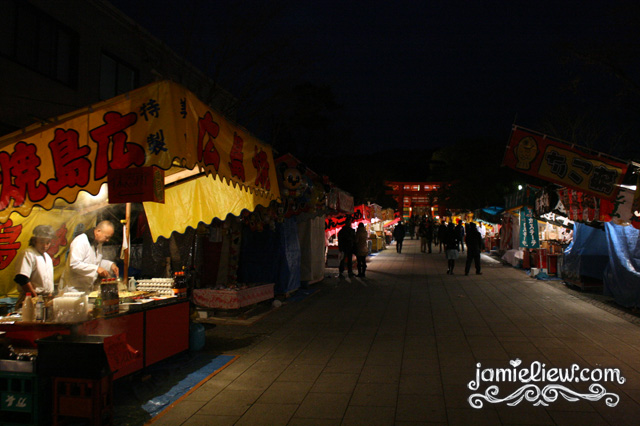 see how most of the stores are already closed? there are less people too. 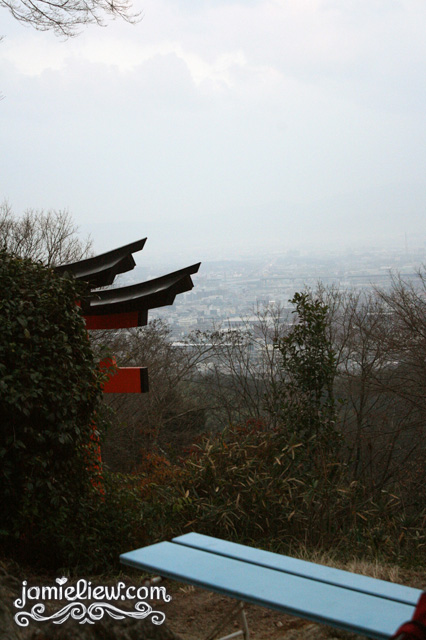 alright, so I was really tired and I couldn’t hike up anymore. and this was literally my sunrise. with no sun. it was just like the whole sky lighting up. =S. there was a crowd of people behind me ahaha I was lucky to capture a shot of the peaceful Kyoto without anyone blocking me in front.

but it was rather misty that morning so.. =S. 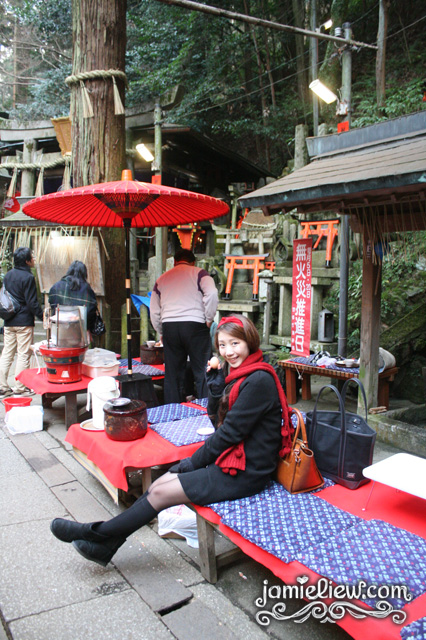 since I am Chinese, I really shouldn’t wear black on the first day of the year. but oh well, at least I had some red elements! I continued hiking and made hiking up Fushimi Inari my first new years resolution. hahahahha. stopped by at this stop to have eggs dipped in salt. 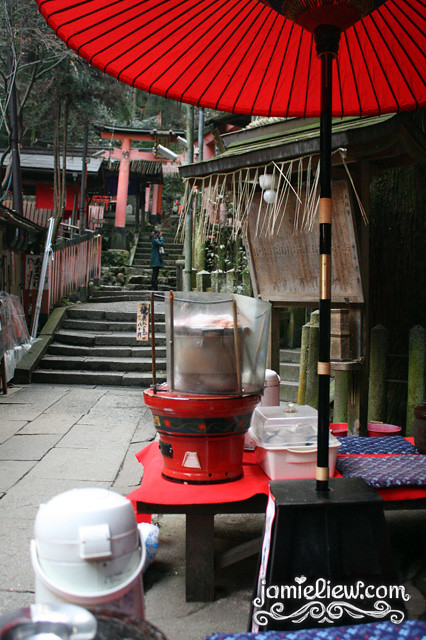 I just love how the stores there are. very peaceful and Japanesey. and pricey =(. 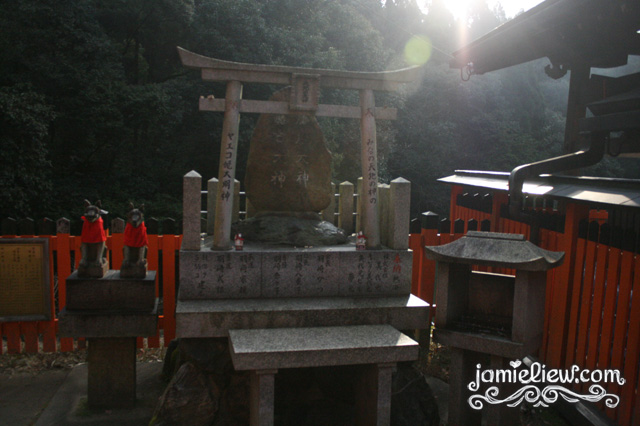 you know you’re halfway through when you see a lake. not in this post but you can see another Fushimi Inari post I had posted. 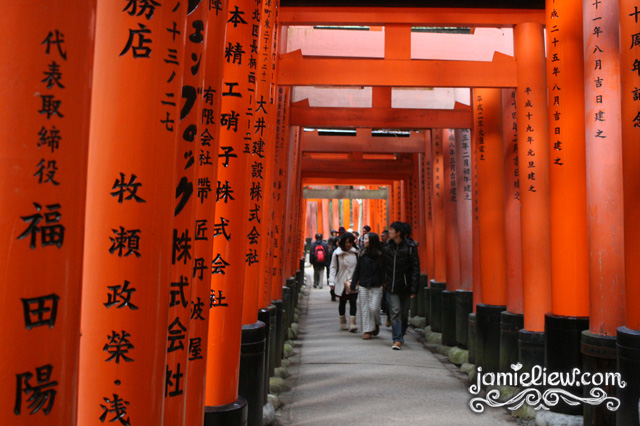 I actually recommend you to take the way most people take to come down and not some random other way because it is not as pretty. as you go up, the tori’s will get further and further apart and it will also get steeper and difficult to hike if you have no stamina like me. 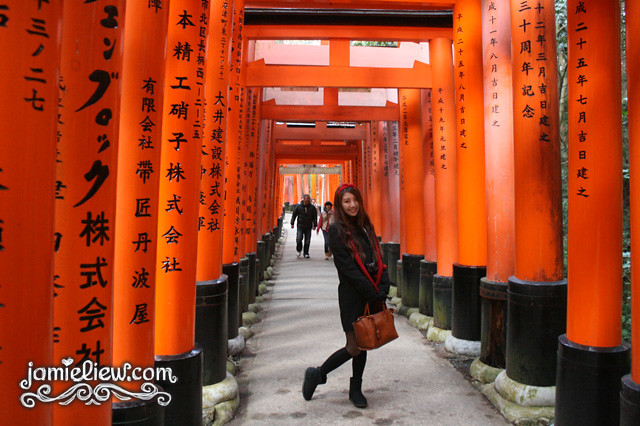 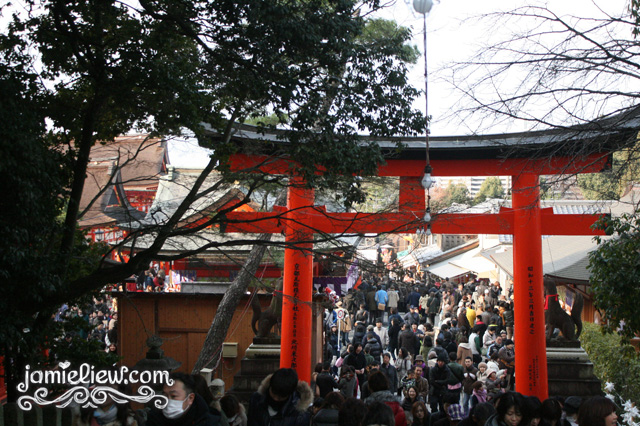 and on my way down.. it was around 9am and it was getting bloody crowded again. but I love being with people. make me feel less alone. =D. I was there with a friend so I liked it. but if you’ll be going there alone, you might want to invite a friend or two from your guesthouse/dorm or just look for some local friends to mingle around with!

Thank you Jamie! You are such a sweet girl! 🙂