you’ve got to admit that the cafe is a popular one when locals tell you they are and when the whole cafe is packed with local Japanese people waiting in line to get seated. 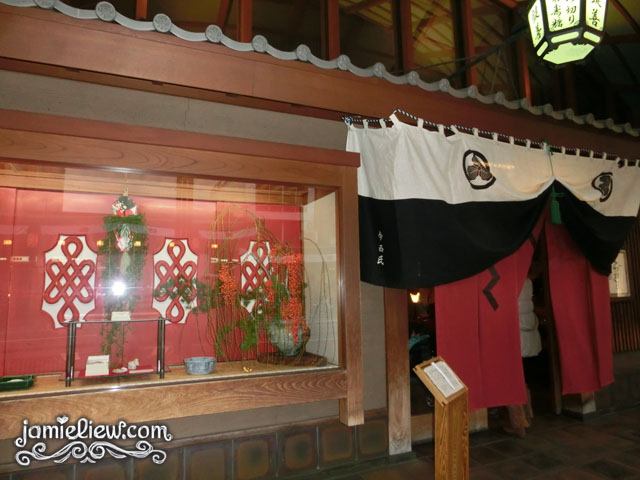 this cafe is located on the left row of shops beside the Shijo Dori road towards Yasaka Jinja Shrine. 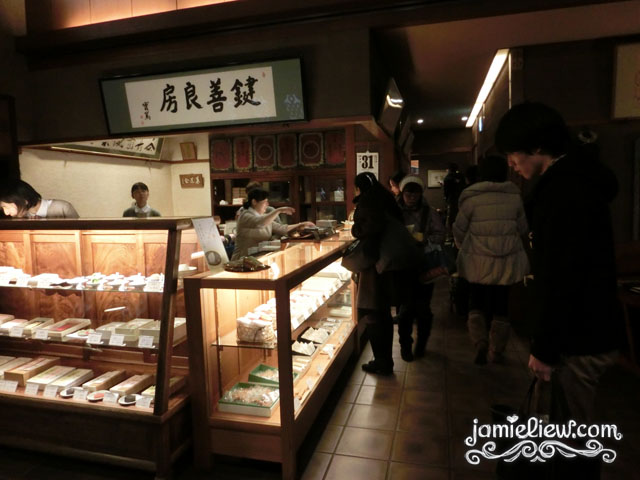 look at how crowded the shop was! 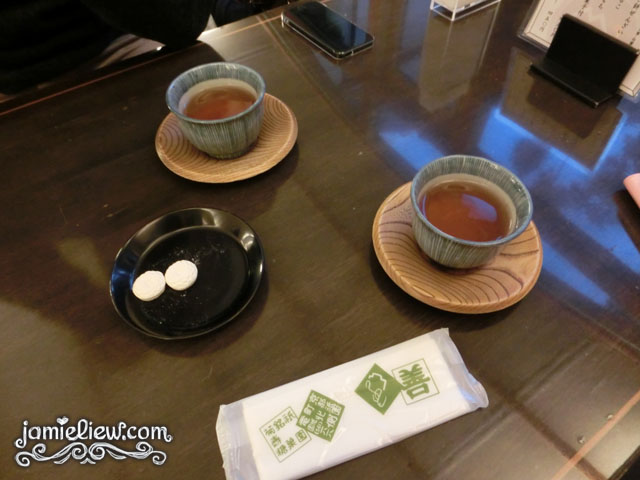 after waiting for a bit, we got seated and they gave everyone a cup of tea and some traditional candy(?). 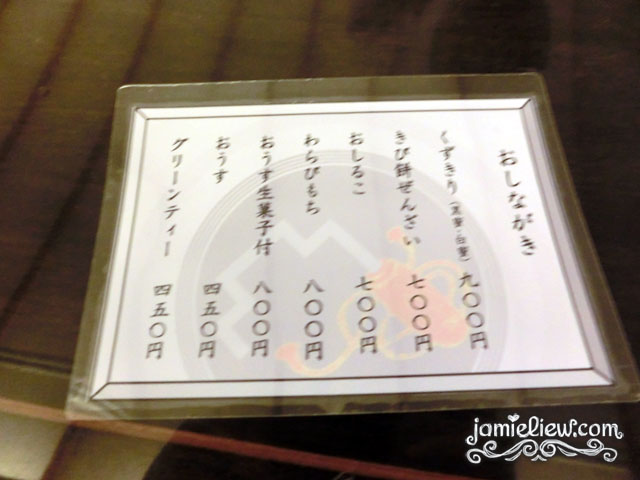 here’s the menu which I barely knew what they were except for “warabi mochi” which was my favourite and “oshiruko” which is red bean soup (it tastes great!). but nevertheless, their prices ranges from 450yen to 900yen. 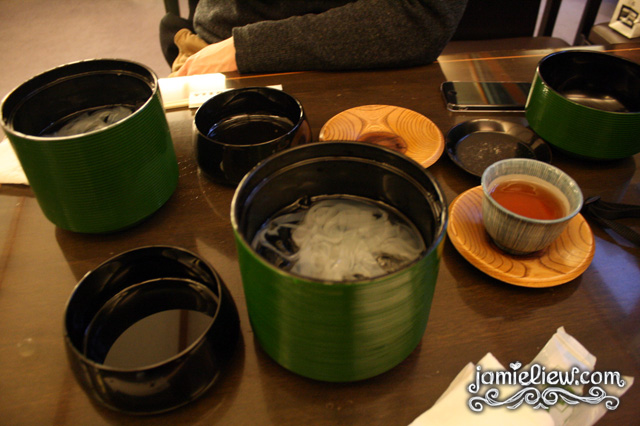 but since i decided to follow the trend and go with what (almost) everyone was ordering, I went with these noodle-like jelly thingy which costs the MOST. T______T. it was nice though. but a little too sweet. I regret for not sharing one but instead ordering two. but on the bright side, these cold jelly noodles had two dipping sauce. something like the bean curd in Malaysia actually. they had a clear sweet dipping sauce or a black sweet dipping sauce. I preferred the clear one. but the black one had more flavour to it. 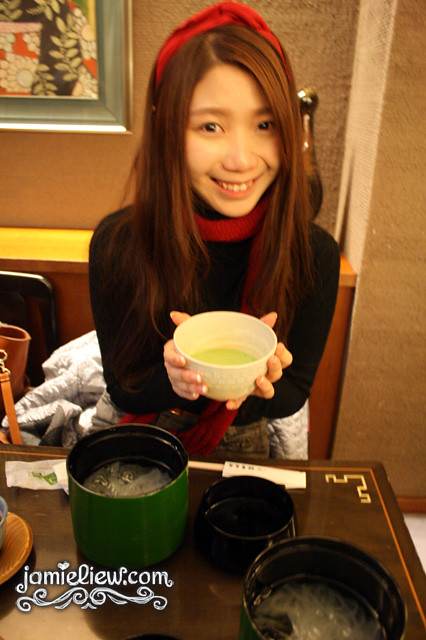 I also ordered a cup of matcha because I thought I was the biggest matcha fan. 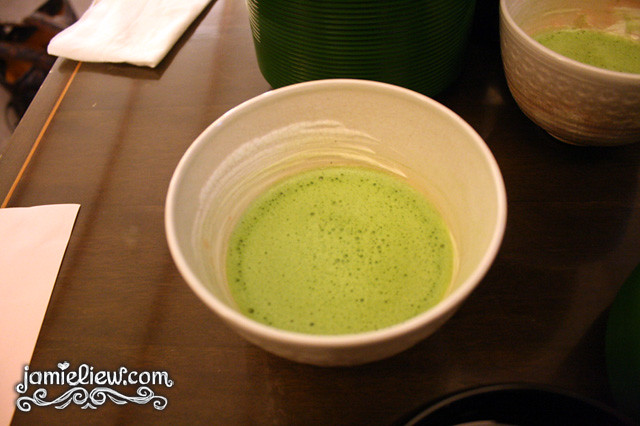 but it seemed like the REAL matcha’s very very bitter and I forced myself to finish this 600yen cup of bitter art just because it was matcha. I then found out that I was only interested in everything matcha FLAVOURED but not the real thing. how ironic pfft.

what I regretted the most was not taking pictures of the place inside. but I think I went pretty late/it was gloomy and less pretty. 0n a clear and bright day the garden would look super beautiful!

all in all, authentic Japanese desserts.. it’s best to stick with warabi mochi and things that you’re already familiar with but it’s nice to try new things too. if you come here on some other seasons, they serve other types of unique looking mochi-like things in bamboo which was uber pretty (friend showed me a picture T_T). not a cafe to miss out on if you’re not very tight on budget!