there are so much I’ve heard about this place. while most say it’s spectacular some commented that it’s far too over-rated. but being already here in Kyoto, I had to check it out right? 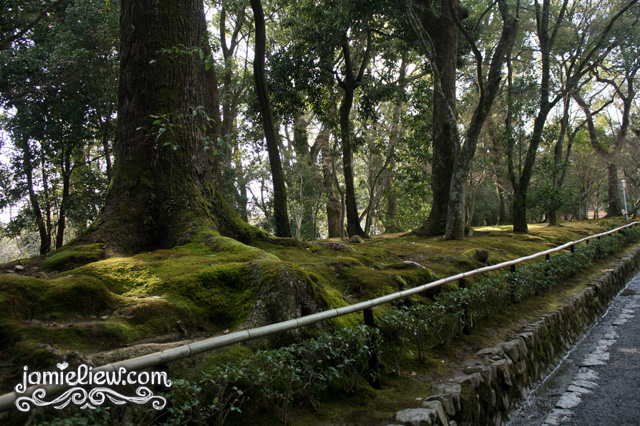 Kinkakuji was one of the first tourist attraction I’ve visited in Kyoto and I was already taken aback by the beautiful landscape outside the attraction. the green moss (?) grew so beautifully I thought a magically deer was going to pop out of somewhere. 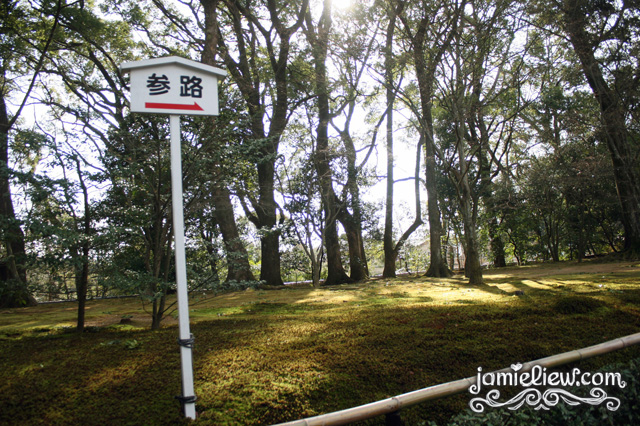 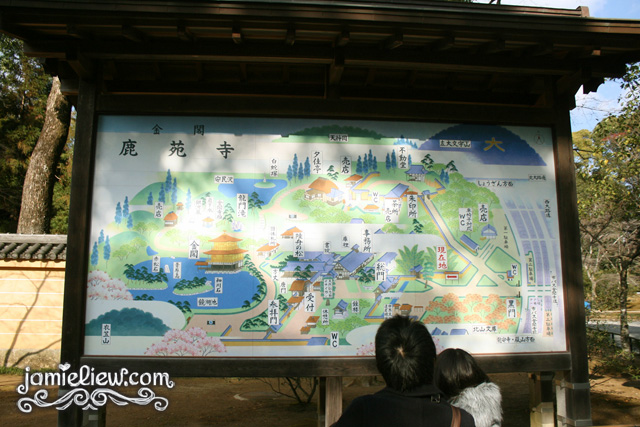 this was actually the second time I came back as I was told that it was closed when I came here at 4 something the first time. if you’ll be here end of July, do visit this area as the great Daimon-ji, some huge fire burning on mountain to create a “big” word in Kanji/Chinese event will be held. heard it will also be held at several places but I am not sure. 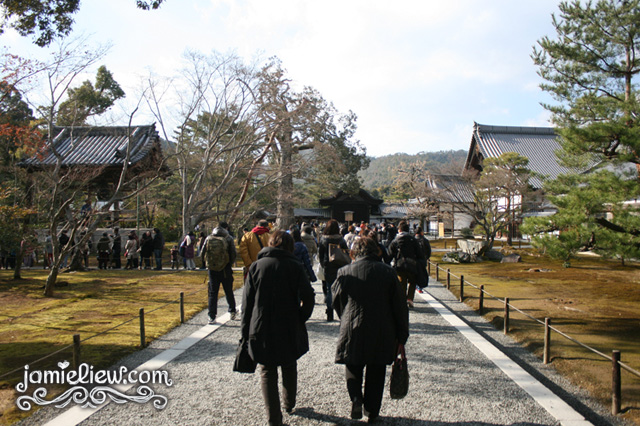 indeed a very popular attraction. it was filled with people. 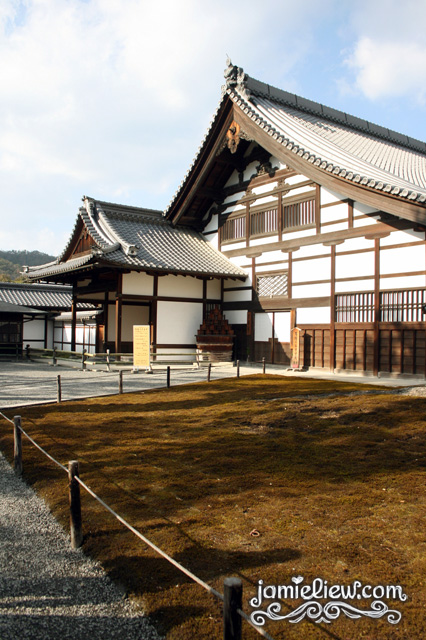 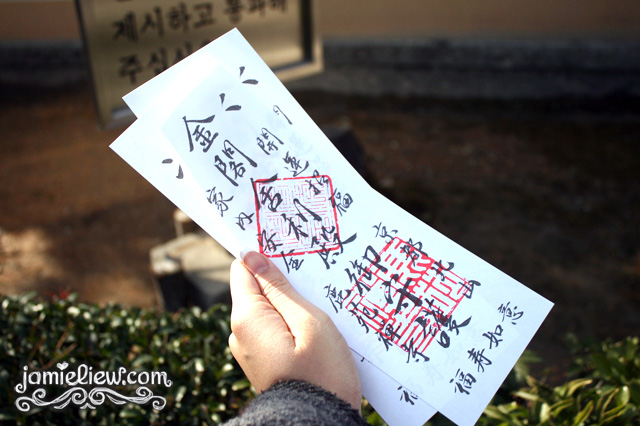 the unique entrance tickets which looked like they were some amulet. the entrance fees was a ridiculous 500yen. very very expensive for such a small attraction. 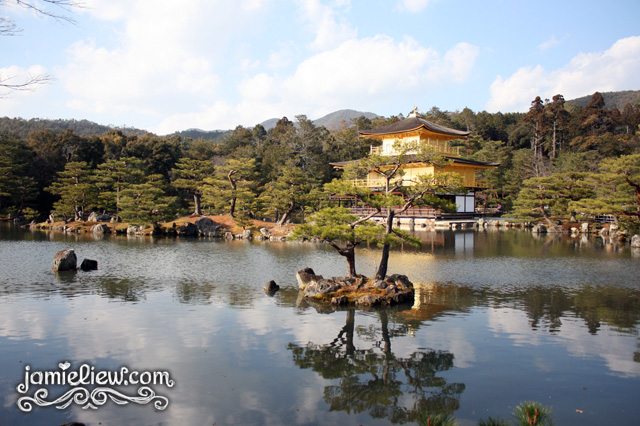 but nevertheless, in my opinion, it lived up to its name. beautifully breath-taking. however, in real life, the whole area’s filled with people and it doesn’t feel as “zen” as it should be. 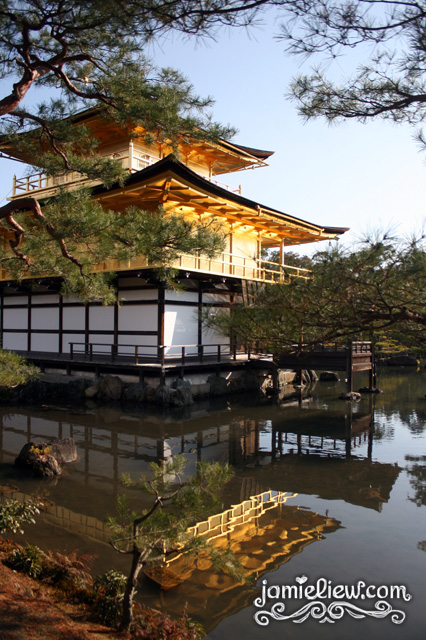 some of my friends had commented that if you go close, you’d see how the gold paint’s not really that amazing. but I’d say who cares since it looks good from afar. nobody’s really going to go super close to it. haha. but for me, even going close to it, I find it beautiful. but the whole area’s really just this. and the other side to view it is kind of narrow and too crowded in my opinion. 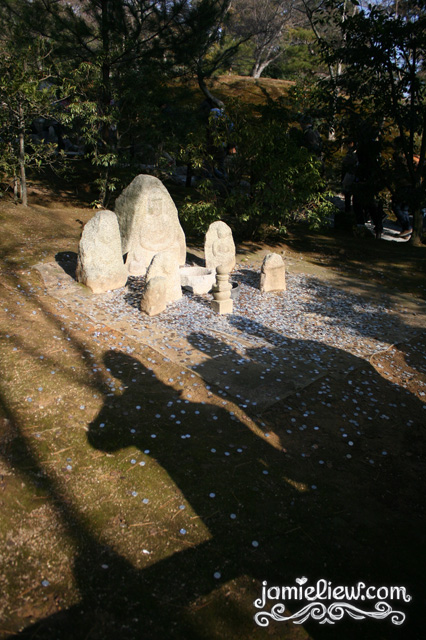 I don’t know what to call these. carvings or statues? but they are pretty much both. beautiful I have to say. 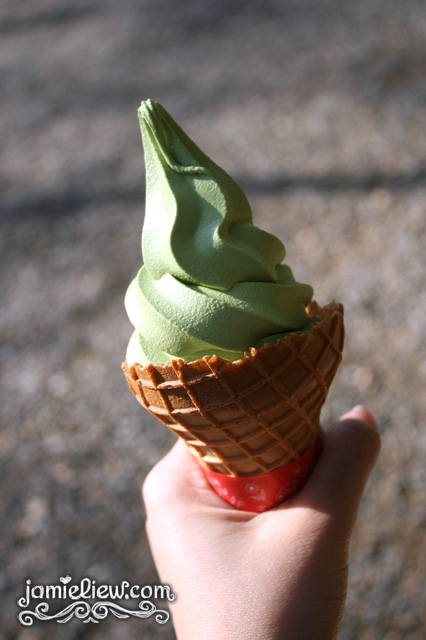 my addiction when I was there. green tea ice cream. matcha and milk doesn’t always taste this good. so when in Japan, always splurge on these yummy cones! the ones from the convenience store are just not up to par. 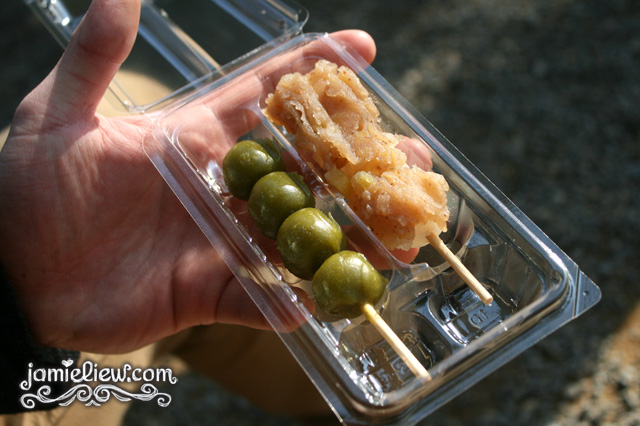 matcha dango and dango covered with chestnut paste. these are sold everywhere too. initially I thought dango would taste sweet and treated it like a sort of sweet but it’s a little salty and it’s more.. savory? but in short, it’s a type of chewy mochi haha. pretty filling too.

I took the bus to Kinkakuji. Kyoto is quite tourist friendly and getting there by bus especially with their 500yen all day pass was really convenient for me. =). 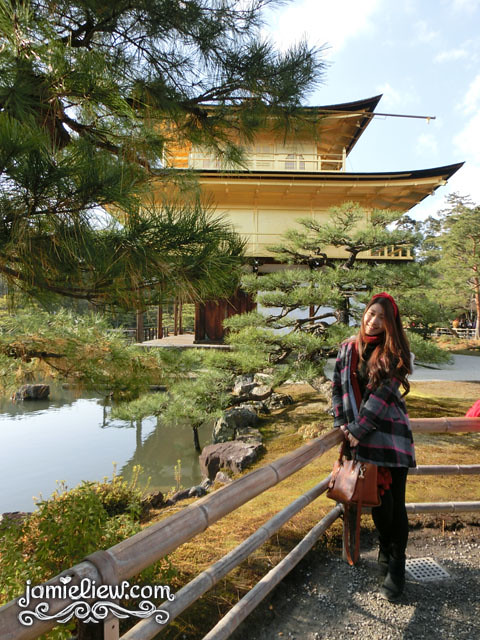 This temple is wonderful. Omamori of kinkaku-ji can be found on http://www.omamori.com