how ironic. I told myself to devour all the Korean food since I wouldn’t be back in Korea in 2 months, but there I was, drinking Kirin. (and I also had CHINESE food for my last dinner in Korea) with a frozen poop on top. =D. yummay. 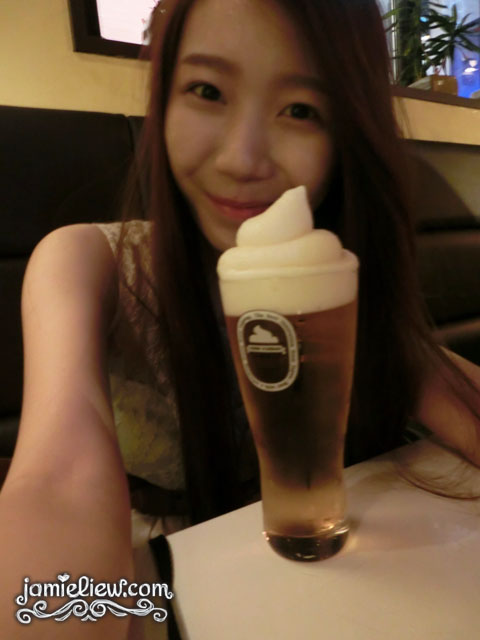 met up with David but that good looking American Korean friend of mine refused to let me take a picture of him so one less eye candy for you. had the Kirin beer at a place called Bee located at Itaewon if you’re wondering. great interior and ambiance by the way. 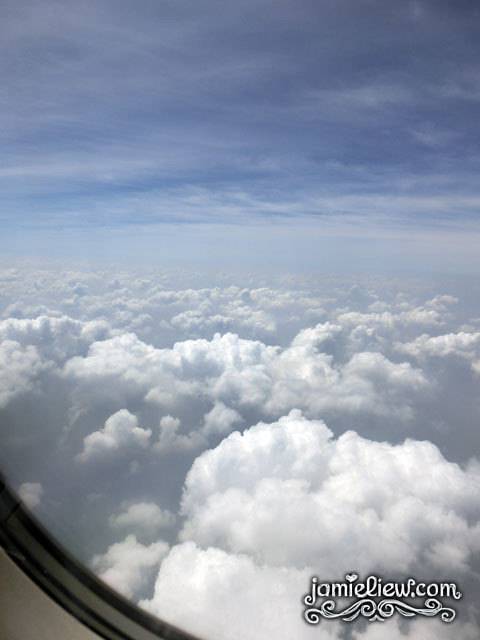 left for Osaka early in the morning and the flight took less than an two hours from Seoul. if you fly through peach, your return air ticket should be around 20,000yen on average. pretty cheap! it could be cheaper or more expensive depending on the season and sale.

back to my topic, so this is my 3rd time in Osaka this year and I’m lovin’ it. 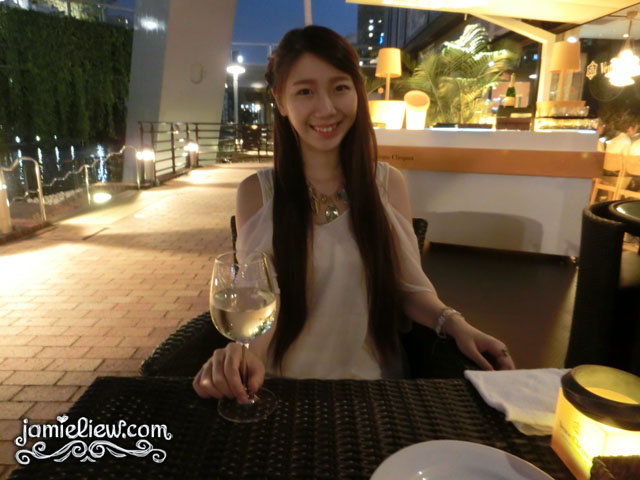 so my friend was talking about this place months back and I finally came! had white wine (some lady something something haha) which was I think 600yen per glass. fairly reasonable since yen dropped. the wine prices starts at 500yen I think. really not bad. 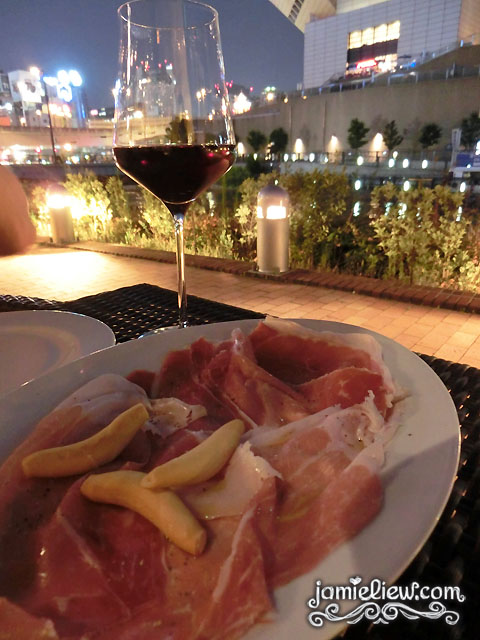 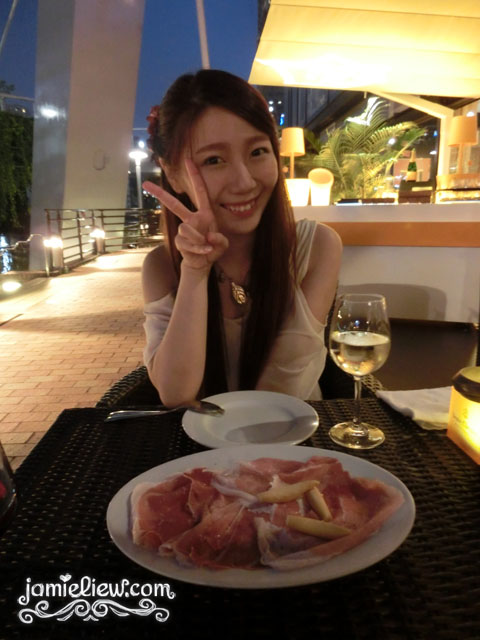 pretending to be all kawaii! 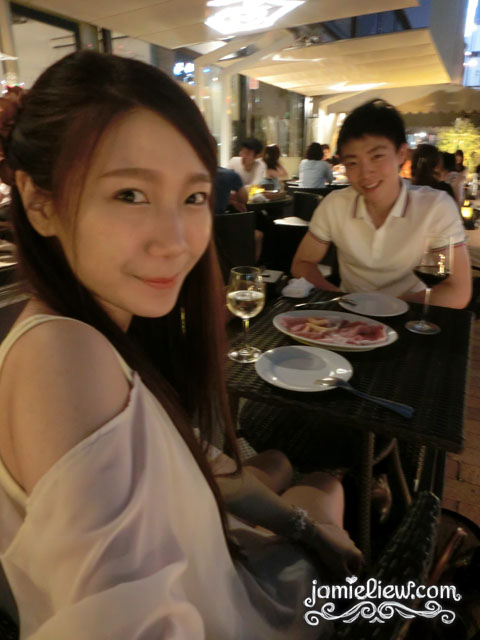 it is actually funny to read all the comments I’ve received about me having good looking friends. well, I can’t help it! but good looking people just seem to flock together! *chokes*. 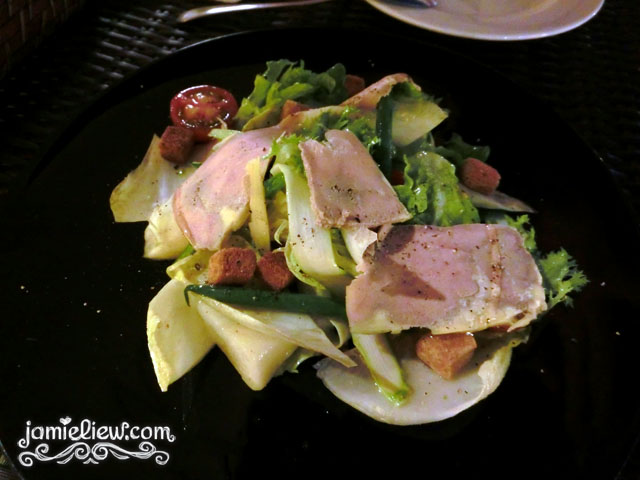 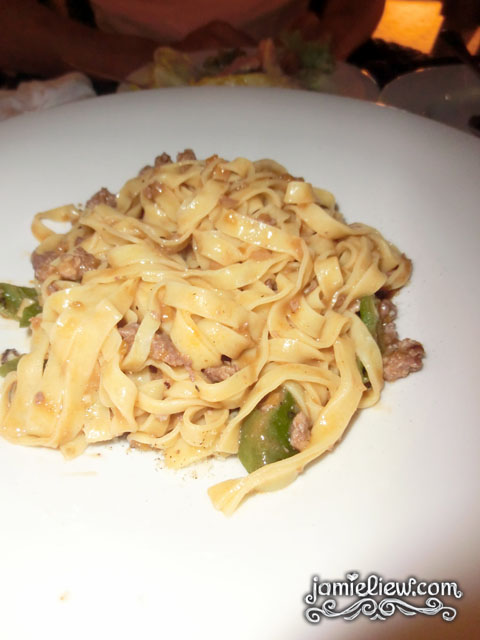 duck meat pasta! but the duck meat tasted like pork mixed with chicken. for the first time in my life I didn’t know what meat I was exactly eating. forgot how much this was but it was around 1350yen? it actually tasted like Hakka mee. except it was made with pasta. it was good though. 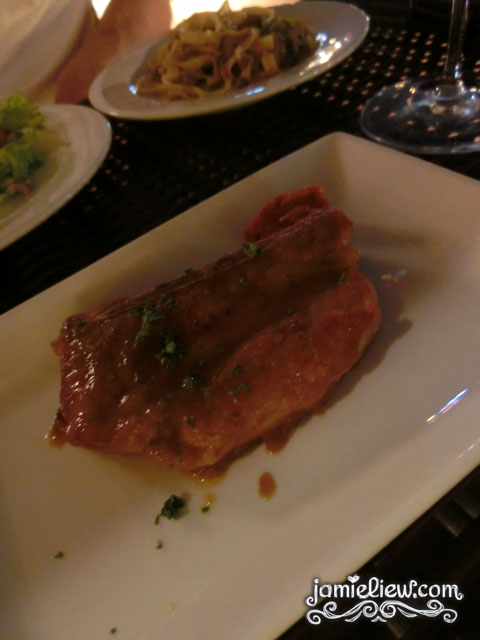 pork rib cutlet! didn’t order this so I don’t know how much it was haha. but the sambal/chilli paste that came together with it was super good. super spicy but it reminded me of homeee =3. 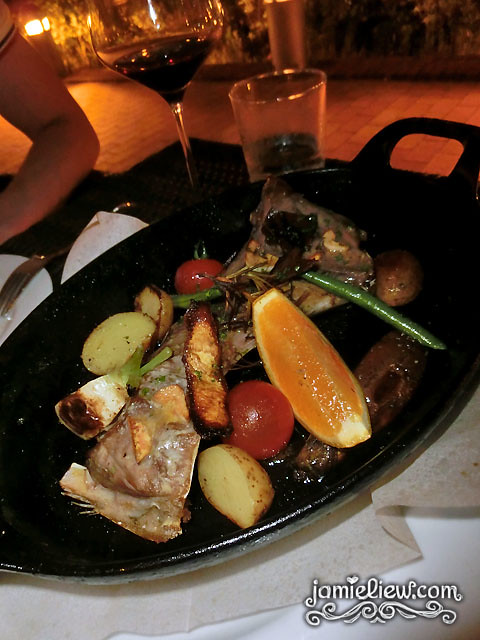 and we saved the best for last. baked tuna for 900yen! it might look small in this picture but there were a lot of meat! I’m serious. this is like.. a must order. I saw some other tables having clams and stuff as well and they all looked great T_T. everything in the menu was around 1000yen. pretty reasonable for such a fine restaurant like this. we were sitting facing the river as well so.. very very nice view. 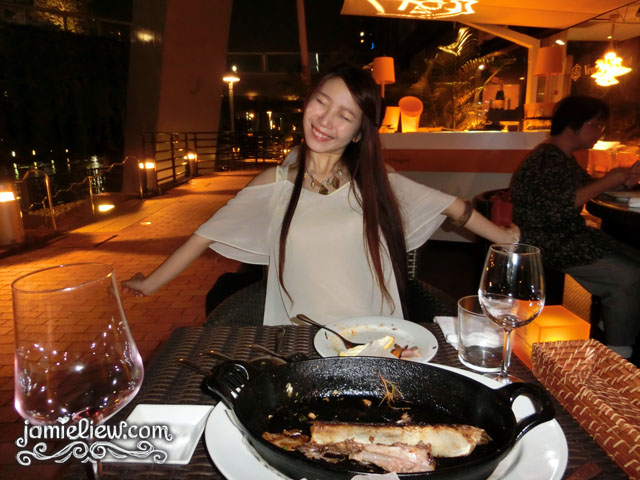 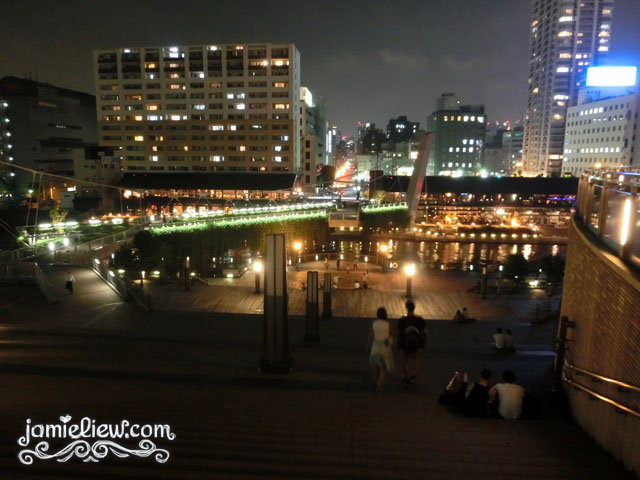 see the row of restaurant on the opposite side? Moulin’s right there! beautiful riverside view no? reminded me a lot of Singapore’s Clark Quay. 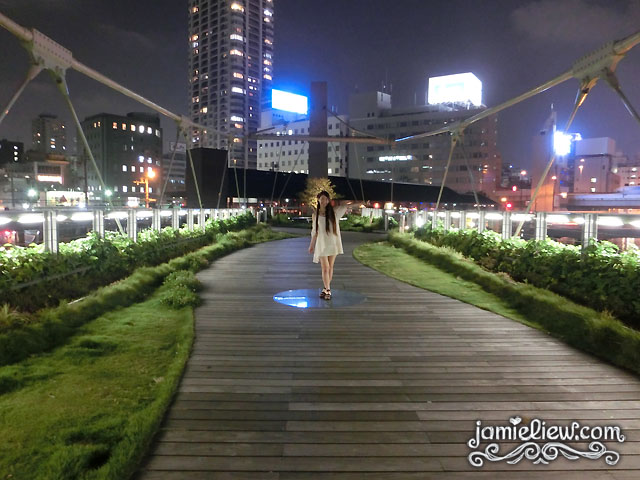 on the bridge being silly. it’s some really scary see through glass I was stepping on.

here’s a link to their websites map. take the subway to Namba station（難波駅・なんばえき） and get out at exit 26-C! walk straight and you should be able to find it ^^.