I thought to myself, the world cup only occurs once in 4 years. that means it will only happen once in my 5 years studies in Seoul. I CAN’T miss out this chance of going to the world cup cheer. already knowing how much Koreans are huge nationalists, I was still amazed by how united and enthusiastic they are when it comes to their country. it is really not like Asians are known for football, but even so, they have high hopes that they’d win and everybody gathers to cheer for their country at 4am in the morning. I went there at 130 and it was already super packed. 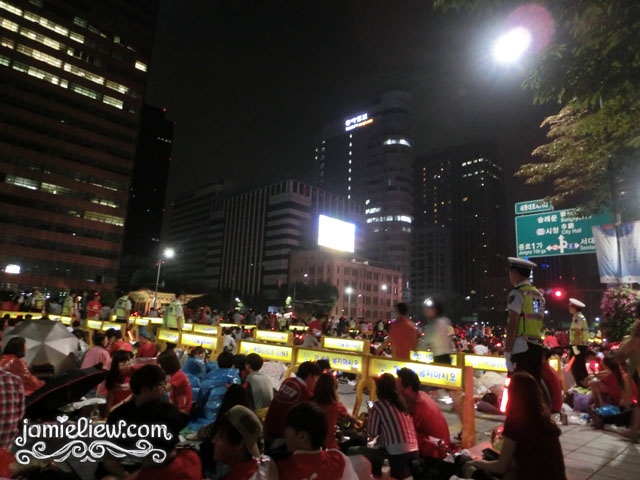 apparently many people went there at 1030 to get a good spot. it was raining at that time! thank goodness for me because it did not rain after I went there. 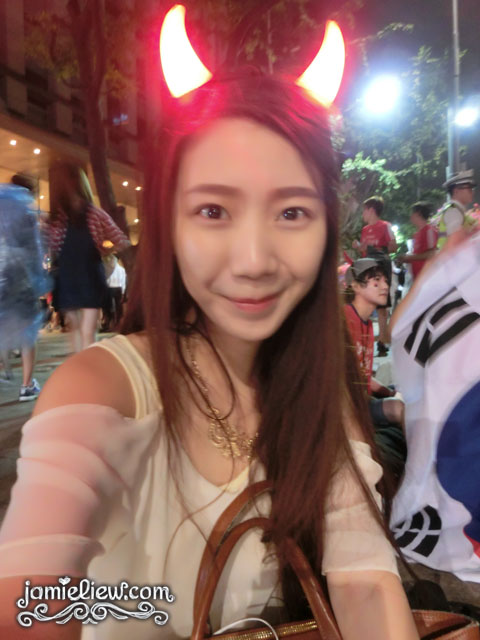 not having any Korean flags nor a red shirt (packed all my clothes T_T), I bought a devil headband for 3,000won to find that its neighbour was selling it for 2,000won. sometimes these vendors drive me crazy =_=. 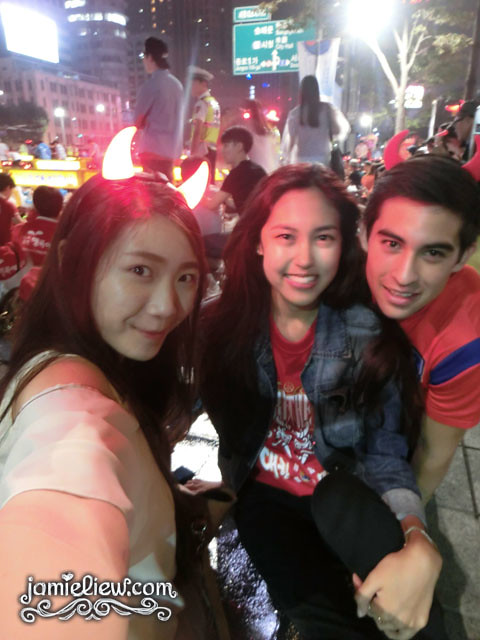 went with my classmate/teammate from Mexico, Diego and his friend from Kazak. 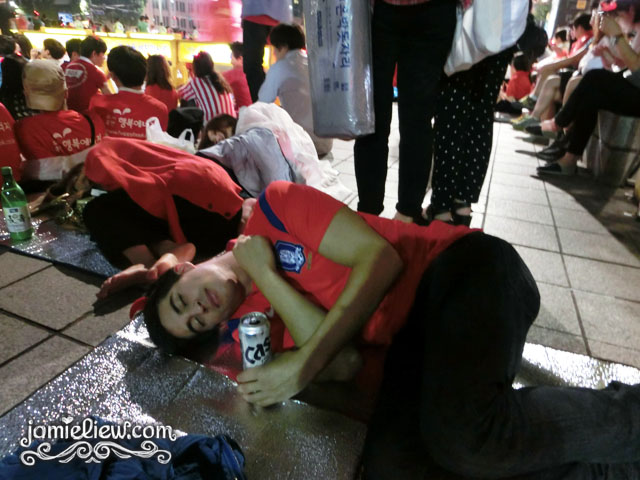 hahahaha Diego imitating the enthusiastic Korean girls behind who came early and took a nap. he calls it the gathering of all the homeless wth. 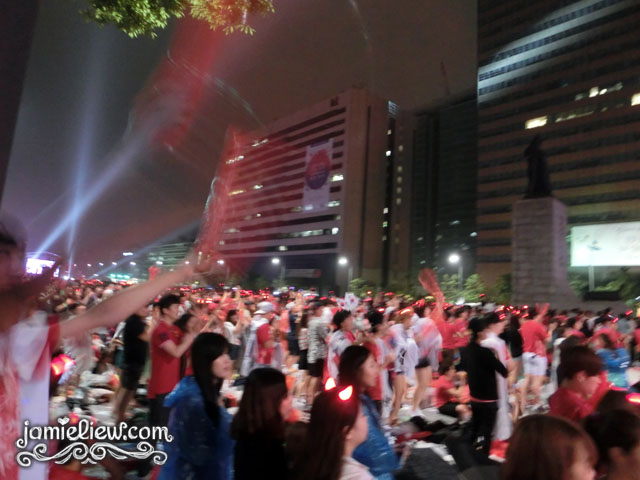 I didn’t know I sounded so bad. =/. anyway this was how it was when Korea scores! =D!!! LOVED the atmosphere really. 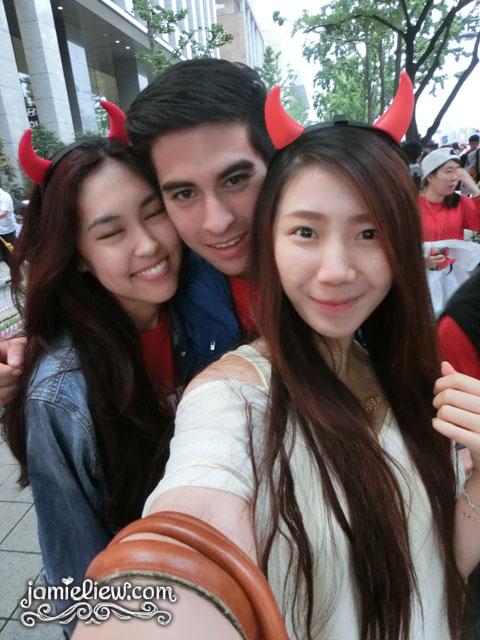 many people left during half-time since it was 3-0 and Korea was losing big time T_T. but I’m glad I stayed until 6am to witness the 2 goals of Korea. very good second half nevertheless. proud of Korea though they did not win. KOREAN SPIRIT!

looks like you spent the whole night before going to Japan. 😀 😀