[Seoul: Itaewon] My Thai to satisfy your Thai cravings

if you do not know yet. Thai food comes close to being my first place in favourite type of cuisine. maybe just a few points behind the ever so magnificent Japanese cuisine. oh, I do not consider Malaysian food because I grew up eating Malaysian food. but nonetheless Malaysian food is said to be the best in the world. still, they lack in presentation ahahahhaha.

okay enough of crapping. so in Korea, it isn’t easy to find good places for REAL whatever kind of food. because they’d tweak the dishes a little every single time so it fits the Korean’s taste buds. but My Thai at Itaewon, owned by the famous celebrity chef Hong Seok Chon, does their role in satisfying my taste buds. =3. 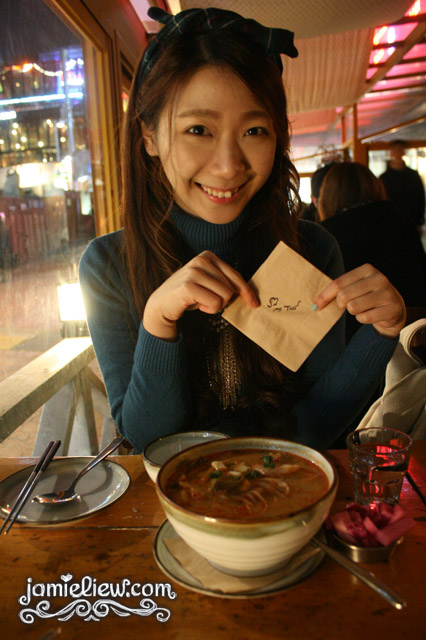 but still, they’d still have a small cup of pickle because Koreans just wouldn’t like it if there weren’t pickles. I don’t eat them. not that nice really. not talking about the ones here but basically everywhere =S. it’s a very Korean thing. My Thai is located near Hamilton Hotel and it’s really easy to find. almost impossible to not walk by this restaurant if you’re visiting Itaewon. 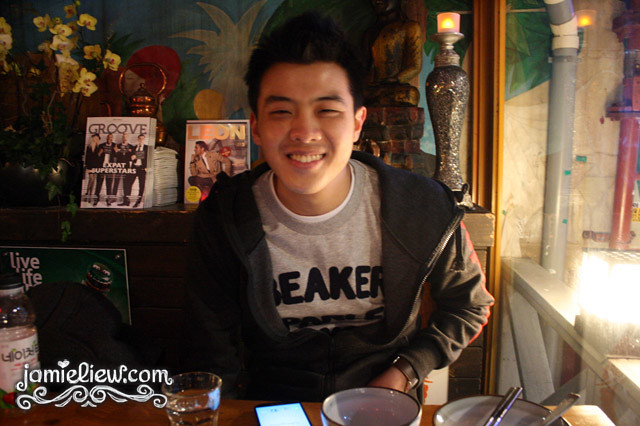 my incredulously shy friend. he’s single and looking so if you reside in Korea and is also looking, I can set up some sogaeting! 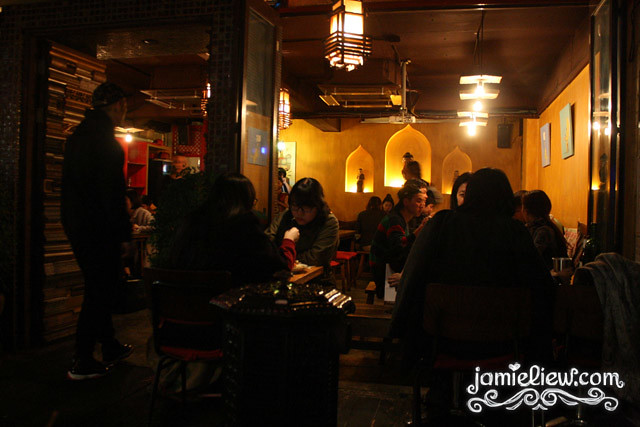 the interior. nothing too fancy but it’s really comfortable. loved it. 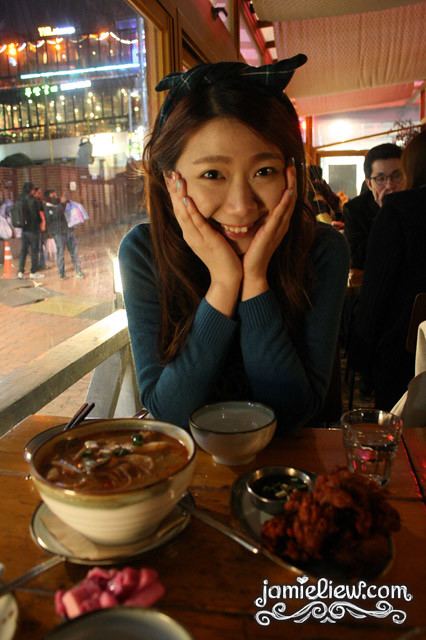 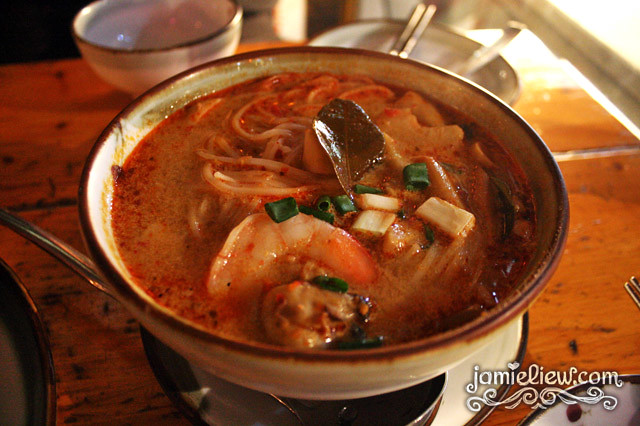 okay. to be frank, we ate before coming here hahahahaa. but we were both (Malaysians) dreading for some Tomyam. hence… =D. their Tomyam here is one of the best I’ve had so far in Seoul. wait. I mean, the best. =P. everything in it was perfect. I’ve had Tomyam here in various places and they tend to bring me down a little with their soup being too salty or watery. but this one was.. amazing. it’s priced at a hefty 16,000won if my memory did not serve me wrong. heck, we could get tomyam noodles back home for 5,000won T_T. again, this isn’t Malaysia hahahaha. so yeah. =(. 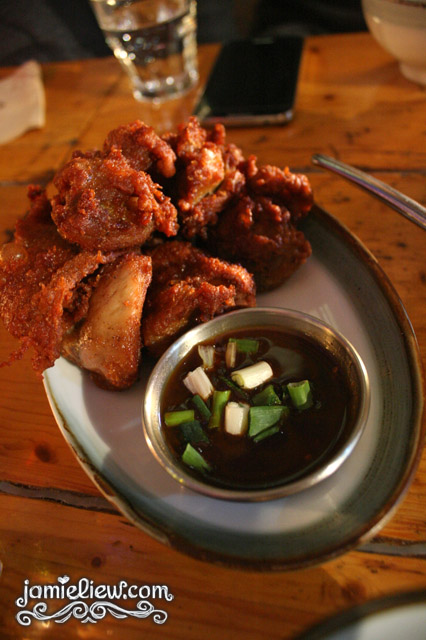 they had another barbequed pork that I really wanted to try but this chicken looked really appetising too! and it was. we were so full we barely finished it but it really was some 5 star chicken. that sauce is kind of like.. some oyster sauce. the portion’s pretty huge and I think it’ll go very very well with some beer =3. reasonably priced at.. I forgot how much but it was definitely less than 10,000won. I’d really like it though, if they had some sweet and spicy Thai sauce or some sour and spicy Thai sauce as its dipping sauce. I’m addicted to everything spicy T_T. nevertheless, if you’re craving for Thai food, this is one of the best restaurants to visit! (there’s actually another one called Tuk Tuk Thai Noodle that I reallllly like. shall blog about that one next time!)

directions: get out of Itaewon station exit 1 and make a U-turn, walk straight until you see a pathway to walk on your left. walk up the “slope” and you’ll see My Thai on your right! ^^.

Gosh. The food looks really good! I really want to go back to Korea again. But it would seem weird to go Korea for some thai food haha!

Then again, I find myself coming back to this blog to re-experience Korea, even though i’m almost half a world away!

beautifuuuuul! 😀 😀 love the revamp on your blogheader & sidebar photo!

Will be coming over to Seoul on early July. If you want some local famous Thai Tom Yum instant noodle, can get it for you as I will bring some for my Korean frens too.