there’s always something new in Korea.

but I just have to tell you about this glorious invention

no, the ice cream itself isn’t made out of honey but it is more like milk ice cream topped with honey/a small comb of honey.

ever since the birth of Softree, there are many “similar” knockoffs. there are some stores which copied Softree’s entire concept. but as for today, I’ll be comparing Softree and sweet truck! 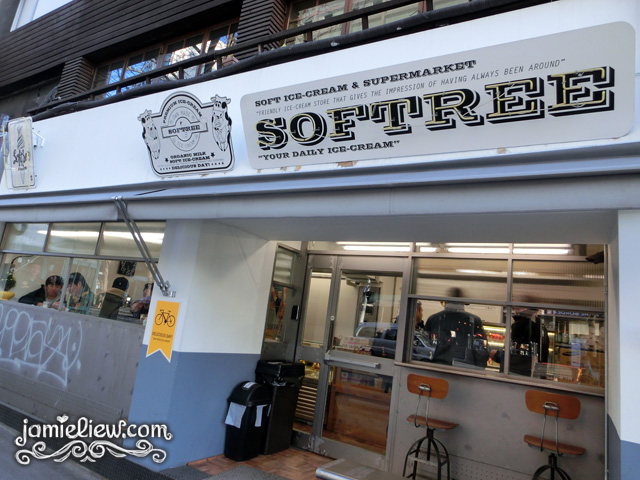 I love soft tree so much I tend/have the tendency to buy a cup every time I pass by. (the pic above is the Itaewon chain.) 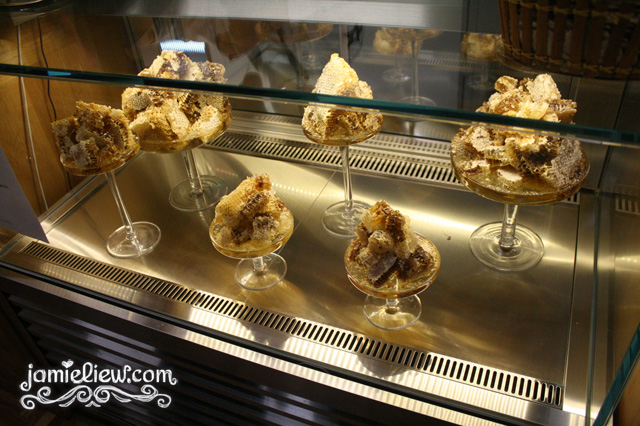 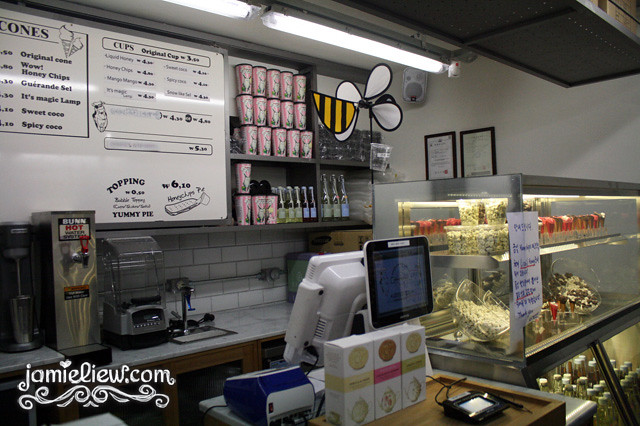 the interior is very.. American. clean cut and stylish. 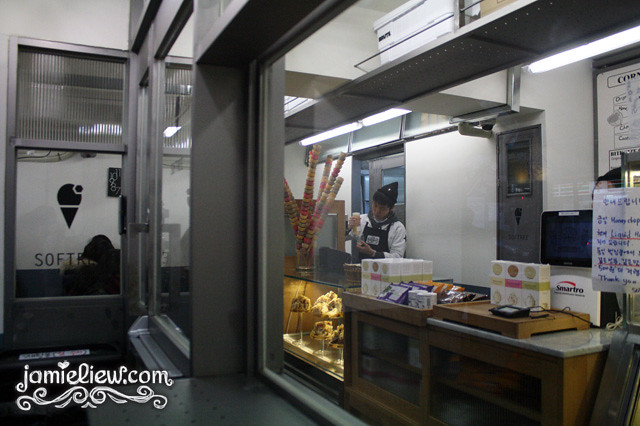 and you can have it on cones too! but I worry too much about it dripping because it is soooo super soft so I opt for the cup one every single time. 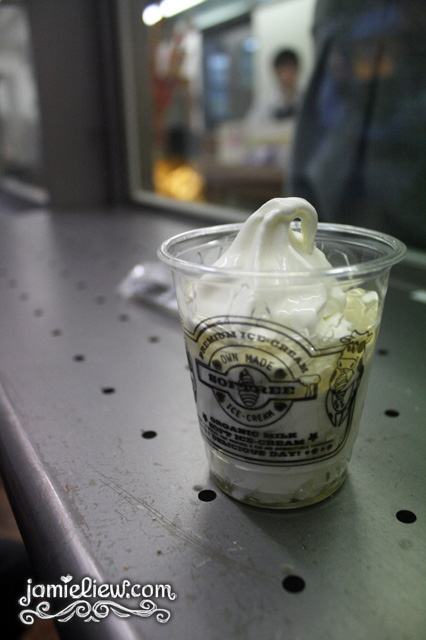 these days they tend to be out of honey combs so I ordered the honey syrup one instead. and it’s 500won cheaper. the honey chip (small chunk of honey comb) one costs 4,800won T_T. 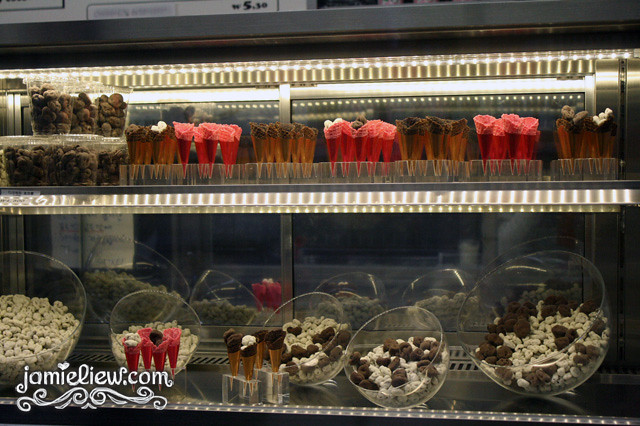 I used to go to the one at Hongdae where they have a smaller range of things to eat. there are these cute little cones for sale here too! 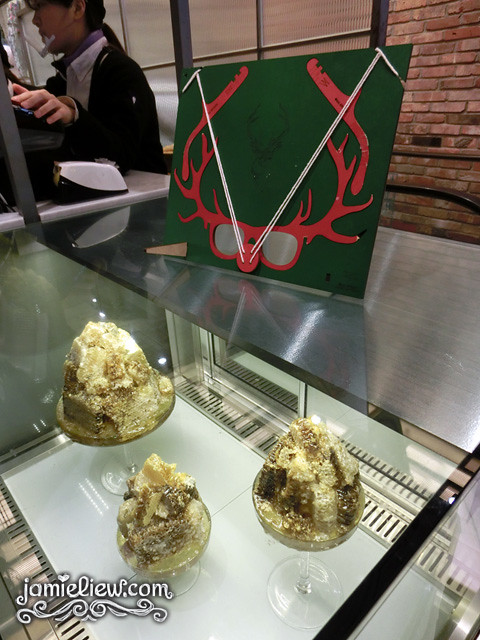 the smaller scale softree in Hongdae. 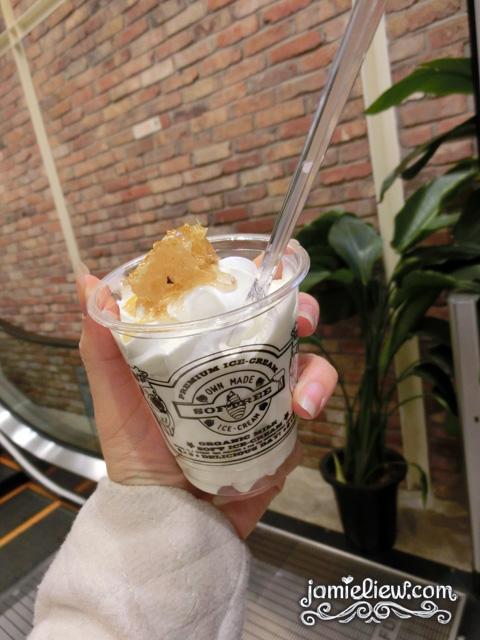 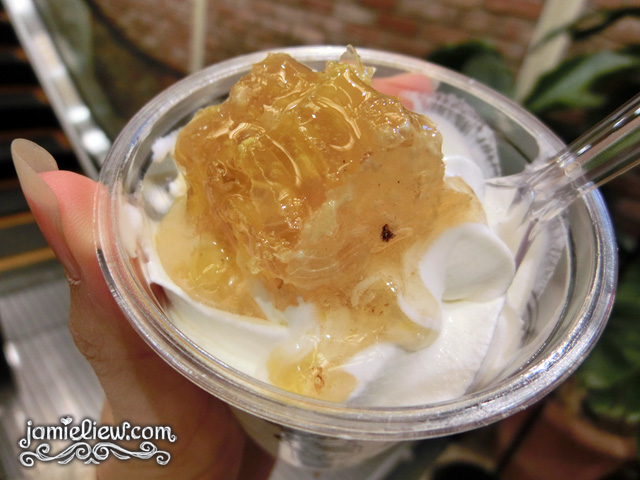 looking at it made me smile. still makes me smile. all those honey oozing out!

but let me describe how it tastes..

the “organic” milk was sooooooo good. it actually tasted “ORGANIC”. ahhaha. it tastes so light and milkish that it keeps me craving for more. hence, YOU SHOULD TRY IT!!!

a guy friend of mine introduced me to this and he isn’t the type that like sweet stuff. so you should get how yummy this should be. 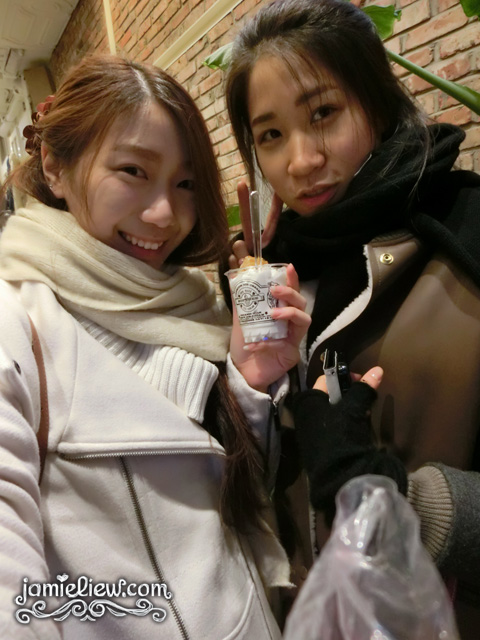 hi Michelle! it’s really nice that blogging helped me meet so many wonderful people (and a few creepy ones fml). 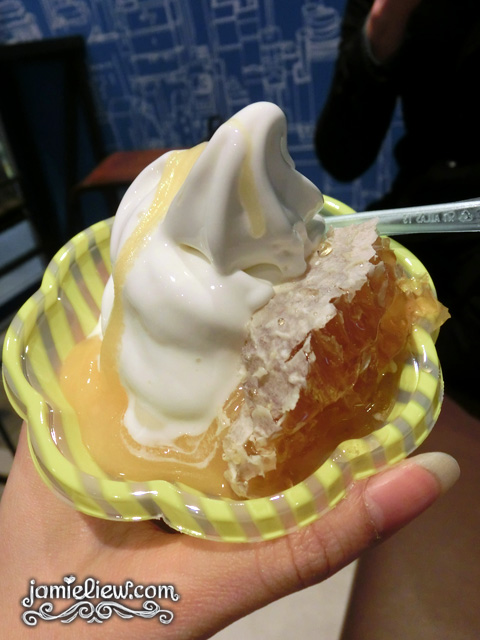 I only have ONE picture of Sweetruck’s ice cream. the one I ordered here was topped with 2 different kind of honey. the awesome thing about this place is that they provide you many choices of honey. like.. Manuka, Kamahi and Thyme. they also have a wide range of ice cream flavours but honey is meant to go with milk I’m telling you!

and they have this booth for you to try their 3 special honey. they were all very good but I liked Kamahi the best.

I mean, how healthy can it be? super organic honey and organic milk ice cream. =P.

as for the price, their honey chip costs the same and the rests costs around the same price too. but as for here, it’s per topping. from 1,300won to 2,000won while their basic organic milk ice cream costs 3,500won.

the OTHER good thing about Sweetruck is that they sell drinks as well. and the portion’s  HUGEEEEEEE. with a fair price.

I personally prefer Softree because their organic milk ice cream tastes A TAD BIT better and softer compared to Sweetruck’s and since they are the first who opened a shop in Korea. I’m very loyal. but I’d go to Sweetruck for more KAMAHI!!!!

Hi Jamie!
I am your new reader!! The ice cream looked real good!! I am soo gonna try them when i go to korea in December this year! It would be great if you have time to bring me around to eat all the yummy foodie!! hehehe =)

Hi Jamie ^^ I saw you mention about this organic honey milk ice cream (i think from ur IG) so during my spring break last month i went to Korea and happened to find this ice cream that you mentioned. Unfortunately I couldn’t go to the one in Hongdae where you tried it so I tried MilkCow the one in Gangnam, have you heard of theirs? Anyways thanks to you I was able to try this awesome goodness ^_^. I’m back home and I still crave it very much!