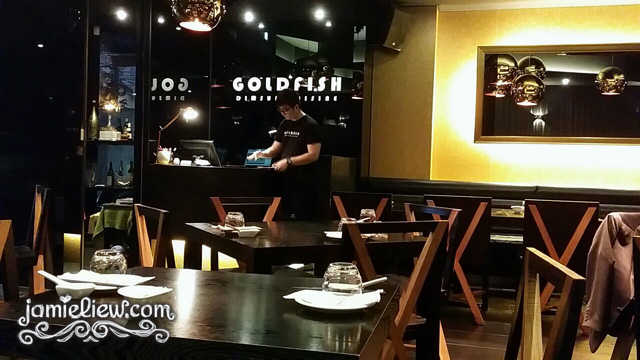 you’ve got to reserve a spot if you’re not coming early since it is a really popular place. and I heard, it’s especially popular for “sogaeting” if you don’t already know what it is, it’s a form of blind date. where your friends set you up instead of getting a date from some agency. it has a very nice ambiance. really liked how it was furnished. 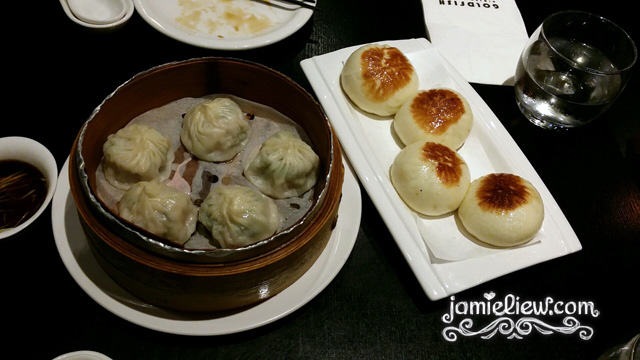 we ordered like 5 baskets and plates of stuff but I forgot to save the rest of the pictures I guess. these were taken with my friends’ note 3. =D. and it was around 5 months ago. D=.  so the one above are Shanghai’s favourite “xiao loong bao” and pan fried pork bao. they were both good but I really liked the xiao loong bao. especially because they have the original dipping sauce which contains vinegar, soy sauce and ginger. absolutely yummy ^^. 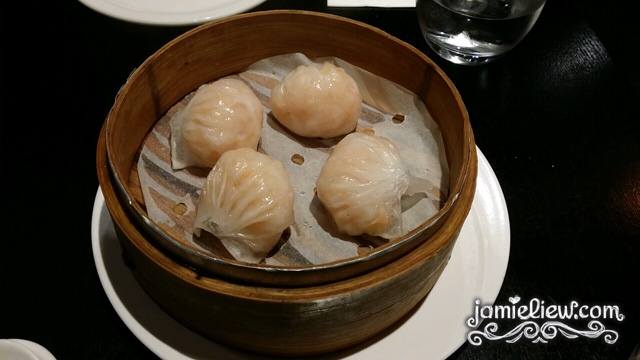 but coming here, you MUST MUST MUST  order this. the marvelous “har gao”. their prawns were so fresh and the whole prawn dumpling is just so filled AND it was really huge. like, really really huge. super recommended. those PRAWNS. they were literally bouncing in my mouth. if I were to come here again, I’d order 2 of this. besides, we also had carrot cake which was good. it isn’t like the ones that are sold in Malaysia. the ones here are slightly fried and it is slightly spicy so I felt it gave a pretty good twist to the already yummy original ones. we also had “siu mai” (the yellow dimsum with red fish eggs above) which.. I do not have a picture of too. T_T. it was not bad. but I’d say GO FOR THE HAR GAO! 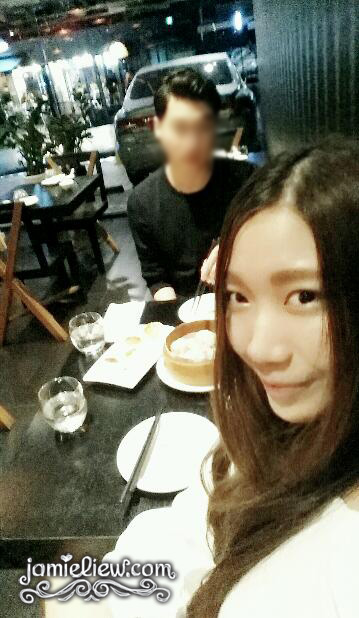 I look like a drag in this picture. hahahaha. had it with my Swedish Asian friend who had never had dimsum for YEARS. his favourite was the xiao loong bao. but I am still thinking of that har gao. I went back to Malaysia and had dimsum too but no har gao have surpassed the ones I’ve had here yet. I love the har gao here so much I told my family about it every time I had dimsum with them. as for my friend, he hates being publicized so I blurred his face. ahhaha.

as for the pricings, I’d say it’s pretty pricey. but not like super. at around 7,000won for one basket on average, it is definitely over Malaysian dim sum standards but normal for Korean standards I guess…

found a helpful Korean post on it too. just look at the pictures. =D

and here’s the map for reference! it is not difficult to find!

Hi Jamie! I actually don’t think I’ve commented on your blog before, but I actually visited quite a few of the places you recommended, so thank you for the recommendations!!

As for this place…are the dim sums expensive? They look pretty good, so I thought I might try it out when I don’t feel like having Korean or cooking, like you said. ^^

Anyhow, thanks for your posts. They’re always interesting! Look forward to seeing more~!

Goldfish is great! Far better than Crystal Jade or Mong Joong Hun.
Apparantly the owner has lived in Hong Kong for a long time. He knows his dimsum!
Recommended place…

Hi Jamie, I’m visiting Seoul next week and am looking to eat at some Chinese restaurants, as my kids can’t take a week of Korean food. I read somewhere that Goldfish is now closed? Would you happen to know? Thanks so much! your blog has been really useful for my planning!!!