So it has been 2 years since I came to Korea and I have never left ever since. In fact, I’ve never traveled alone. as in, on a holiday. I always had a family member with me. but this time, I am alllllllllllll by myself. which is great. and scary at the same time. 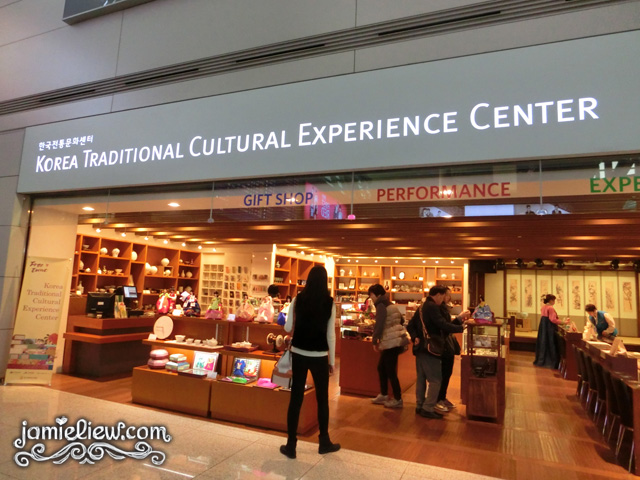 got to the airport really early so I went to make some really adorable Korean traditional craft pouches. 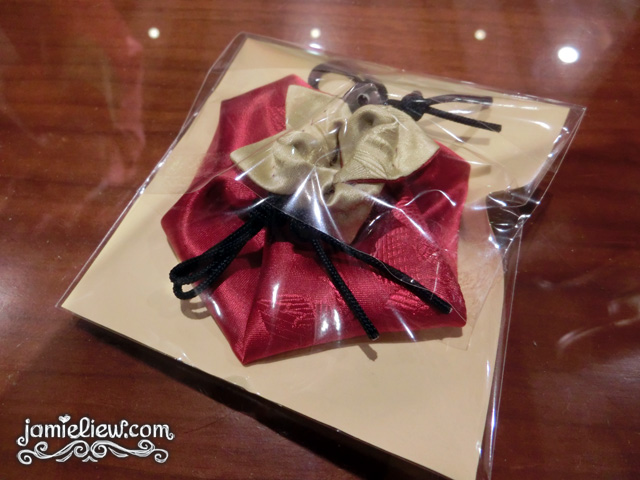 tada!!! it is really easy and it does not take much time. it is at the shopping area before taking the monorail to the other terminal. 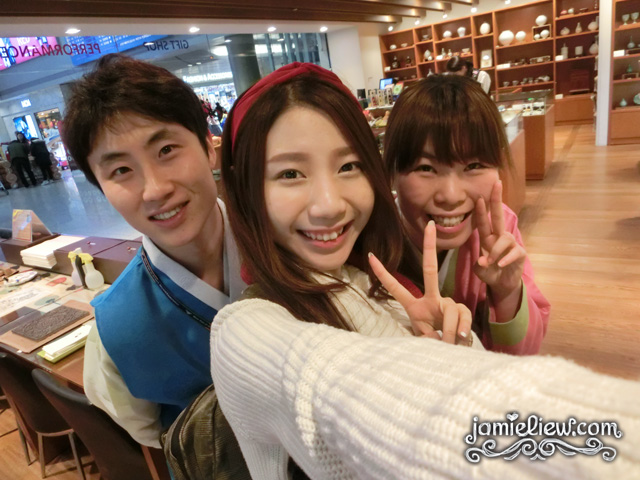 and they teach you step by step on how to make it! such friendly staffs! 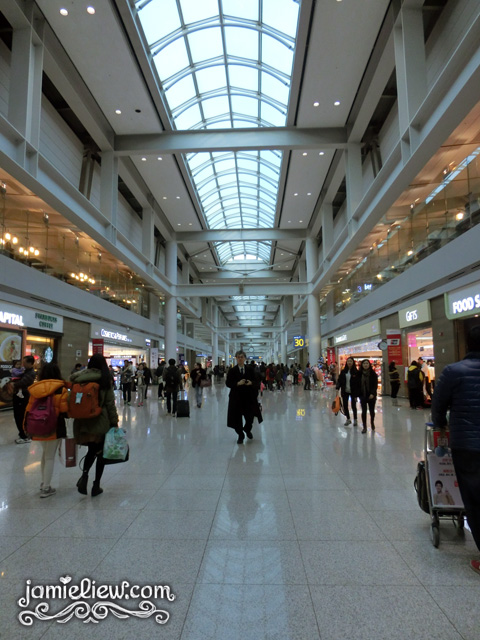 it has been around 4 years since I’ve been to this area. feels so much like a shopping mall. well I guess it kind of is. 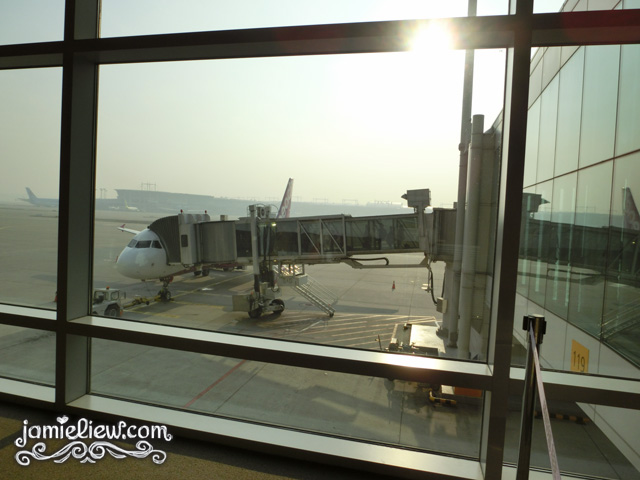 I recommend taking Peach if you’re flying from Seoul to Kansai as it is REALLY much cheaper compared to any other airlines. it costs around 200,000won for a return ticket. quite a good deal if you ask me. 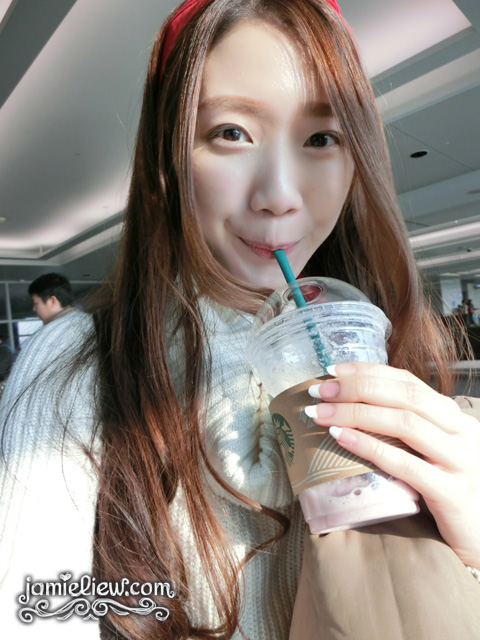 and since my flight was pretty early.. I had a berrybanana ice blended for breakfast! 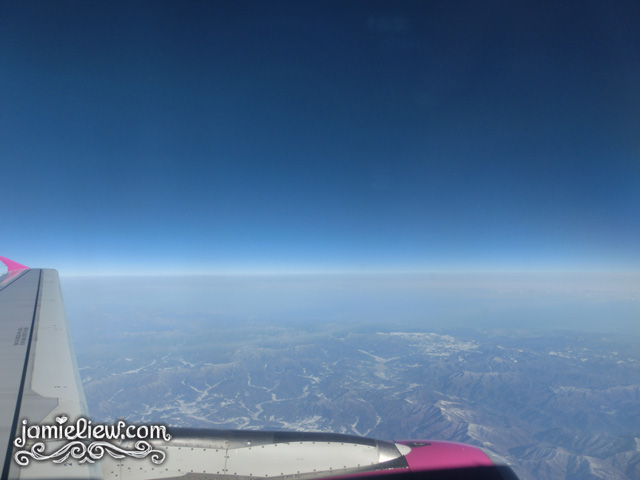 the land of Korea… mostly hills and mountains. but Japan.. fields and houses =S. 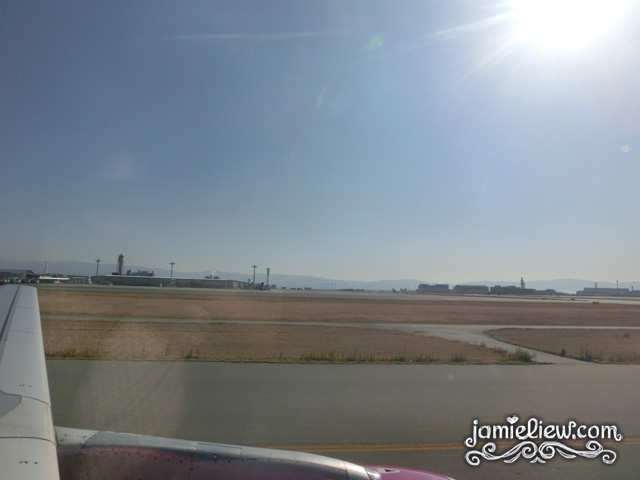 but pictures come out so well in Japan. if I were to compare Autumn in Korea and Japan, I’d say Japan has a better Autumn because the skies there are amazingly blue with no clouds at all. which means beautiful blue skies. =3. 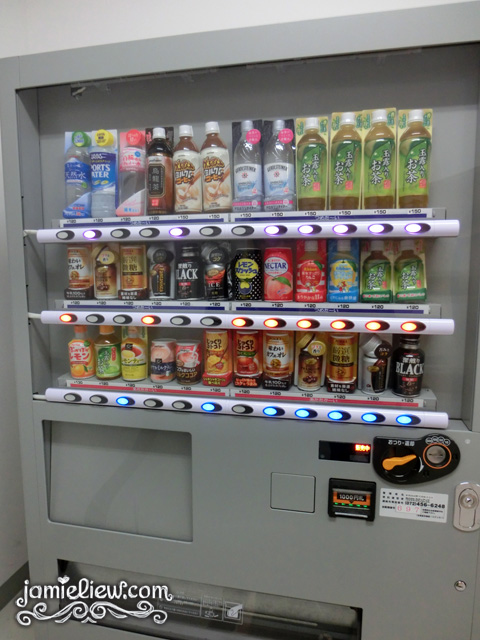 and the first thing I saw after coming out from the gate? VENDING MACHINES!! well not REALLY  the first thing but man, I wonder how Japanese people earn from these machines if they were to play a few to a row of them every few ten meters =S. 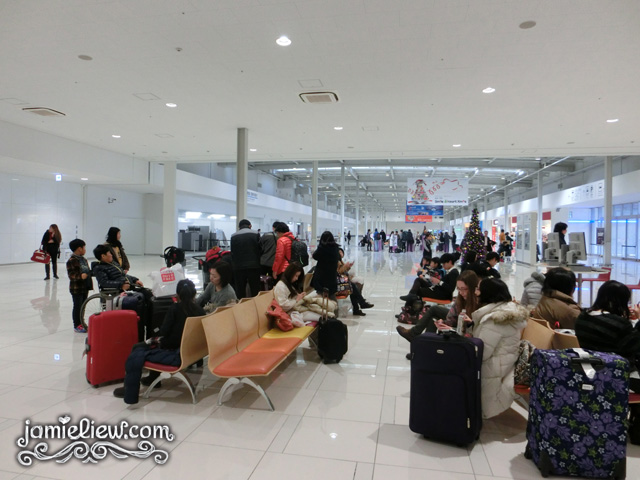 Kansai has 2 terminals if you do not know yet. and terminal two is for the low cost flights like Peach. the airport is so spotless and.. white. it’s so white that I felt like as if I got some terminal disease and is placed in this huge white space together with other patients. I love white but I think it is just TOO white. but it is absolutely clean and I love their waiting area though I forgot to take a picture (too busy texting ahhahaha.)

I’ve only used free wifi in this airport throughout my whole trip. this is how Japan lack of wifi. you can use Kyoto’s free THREE hour wifi as well but it is too troublesome so I just leached some of my friends data. =S. 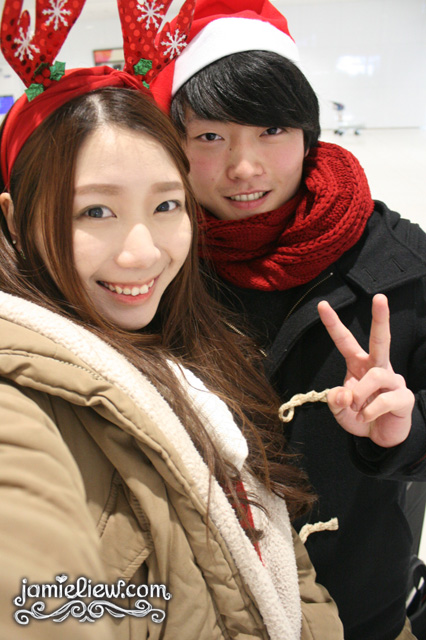 I cannot express how polite and nice Japanese people are. my host of this trip, (lets call him SH) came all the way to the airport to pick me up because he was afraid that I wouldn’t know how to get to Kyoto by myself and it is a REALLY LONG TRIP from Kyoto. but I’m glad he did because taking the train in Japan will waste a lot of my time. it is  SO complicating. I think we transferred for around 4 times. I remembered how I asked the guard at the train station every time I took the train while I was at Tokyo. 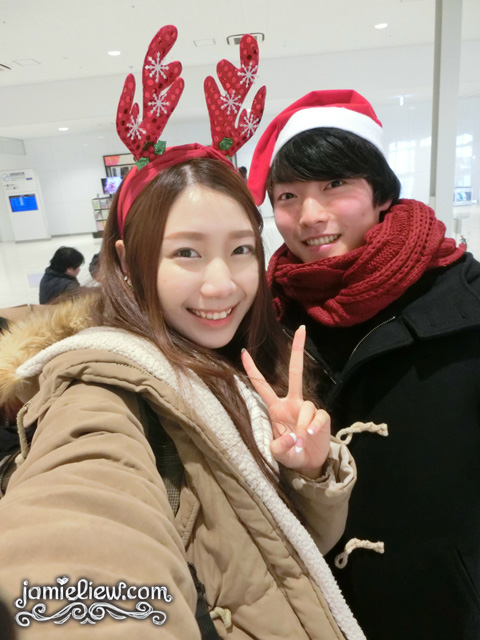 the picture earlier was from my DSLR. this is from my compact. not so much of a difference no? haha. except much more blurry. 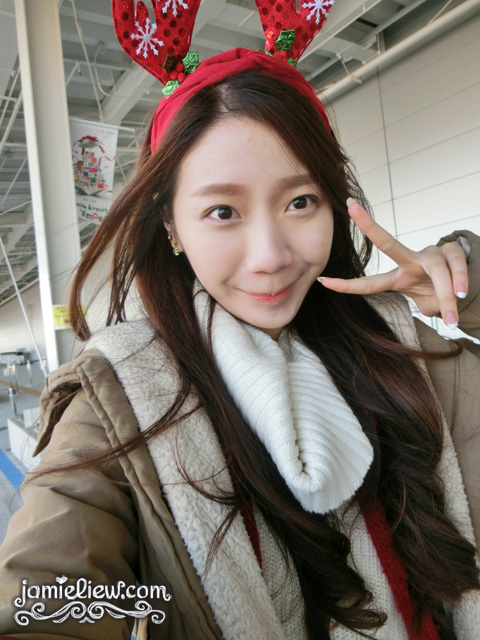 did I mention I landed on Christmas? it is perfectly normal to wear all the santa hats and head bands in Seoul but apparently nobody does it in public in Japan. 헐.

but I’ve already brought it so I just.. had a memorable Christmas day with everyone starring at me. 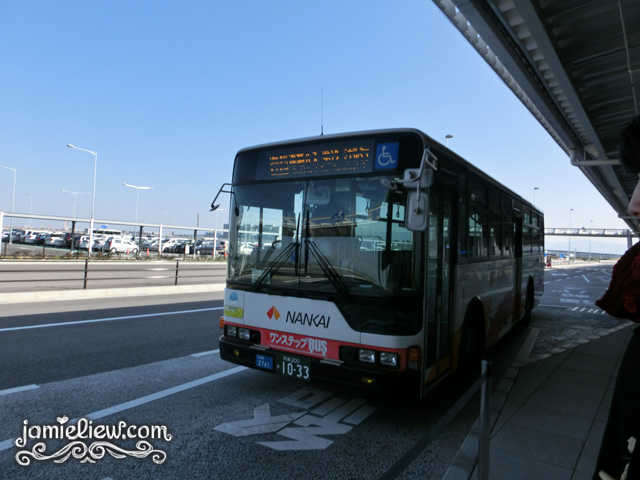 and the bus to terminal 1. 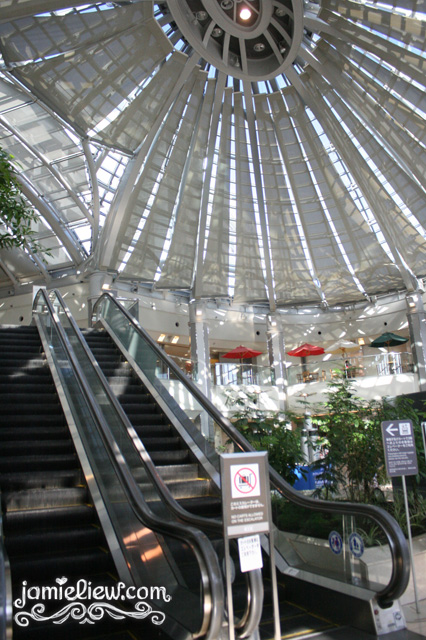 and Terminal 1. so much more like an airport. it is huge. and open air at certain parts. pretty weird but still pretty. 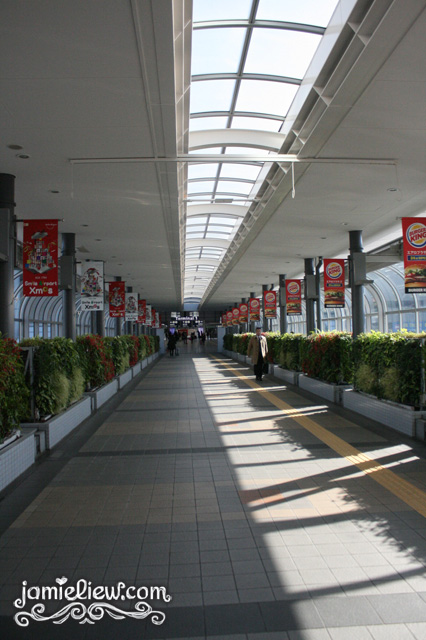 Kansai International Airport is REALLY  huge. walk a little bit more and there’s the open air area. I guess its do-able here since it doesn’t get too cold. 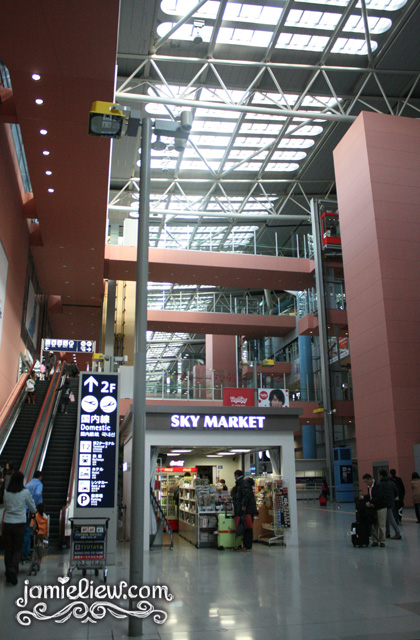 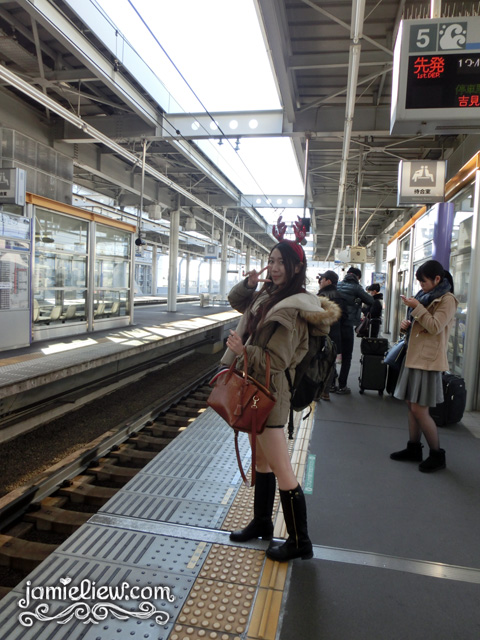 and our 3 hour train journey starts. he didn’t feel it when he came because he stopped by Osaka but.. with all the heavy luggage bags, not a good choice. so when I left I took the bus. which costs only 700yen more. 700yen is not a big amount for so much more comfort. and it takes only a little bit over an hour. compared to the 3 hours I’d rather pay more! so people, just wait for the bus even if you have to wait an hour for it because it is absolutely much better. (if you’re traveling to Kyoto that is.) 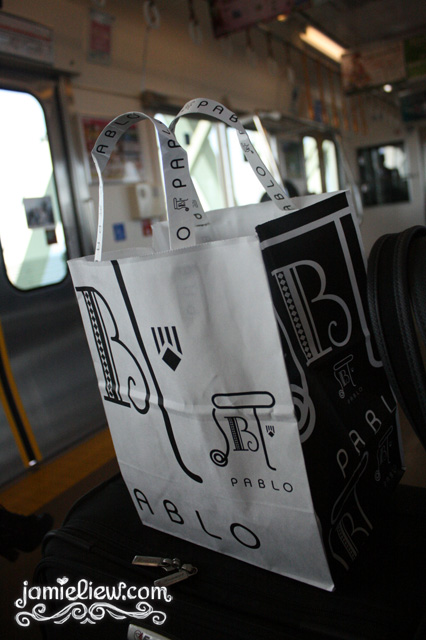 and SH bought Pablo’s Cheese Tart/cake for dessert! there’s two famous cheese cake shop in Osaka and I’ll blog about it later on. 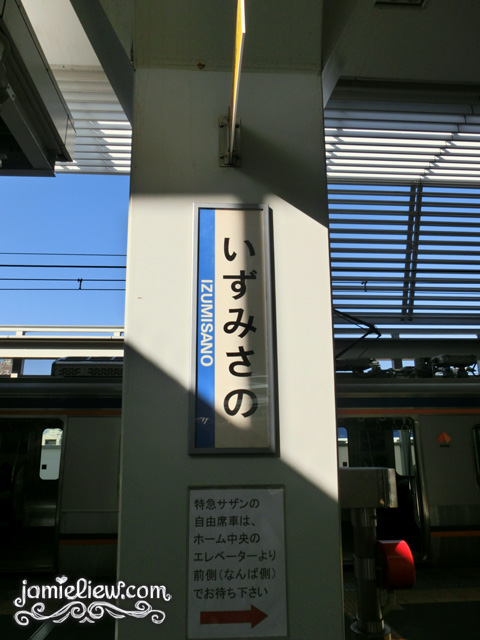 I have no idea where I was. I like depending on Japanese people on the subways. it saves me so much stress. and I have no idea why but the transportation at Kyoto costs a LOT more compared to Tokyo. SH said it is because there are not as many people taking the trains so it will have to charge more. but 6-7 ringgit for a short journey is simply absurd =S. 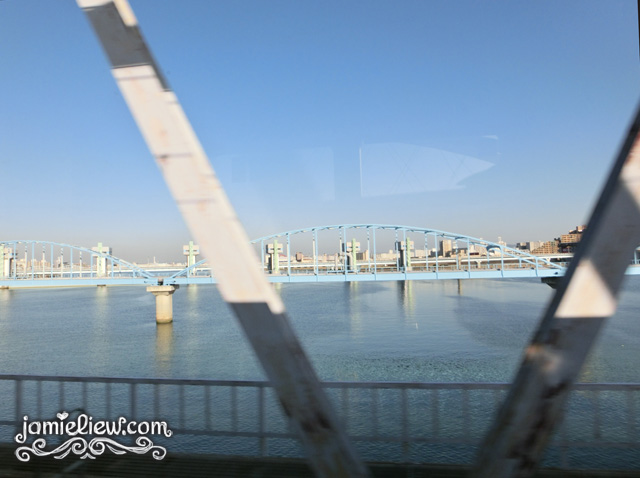 I couldn’t stop starring at the deep blue sky. 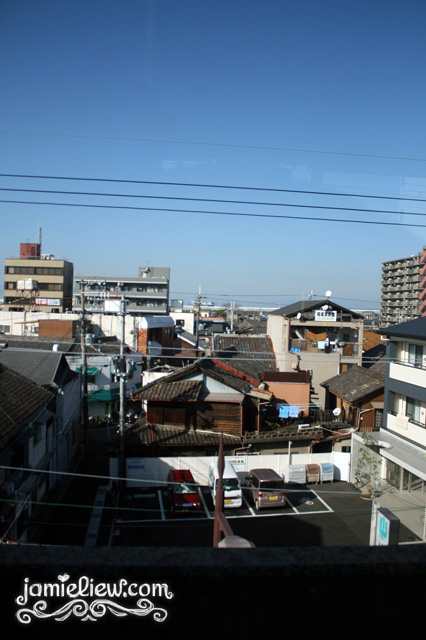 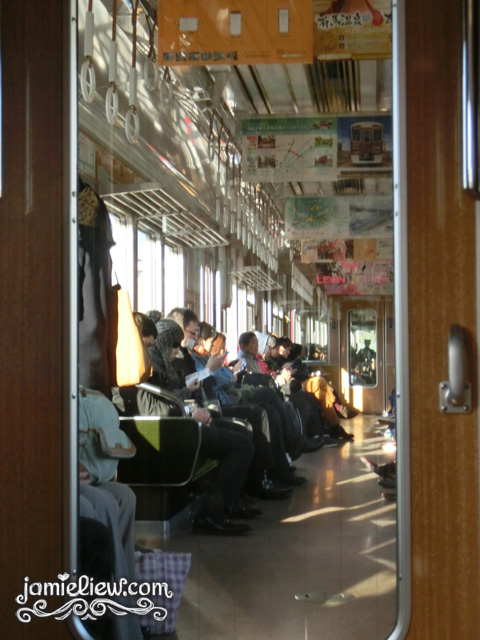 *stalker mode* all the seats in Kansai are cushioned!!! unlike hard like rock metal seats in Seoul where sitting too long hurt. 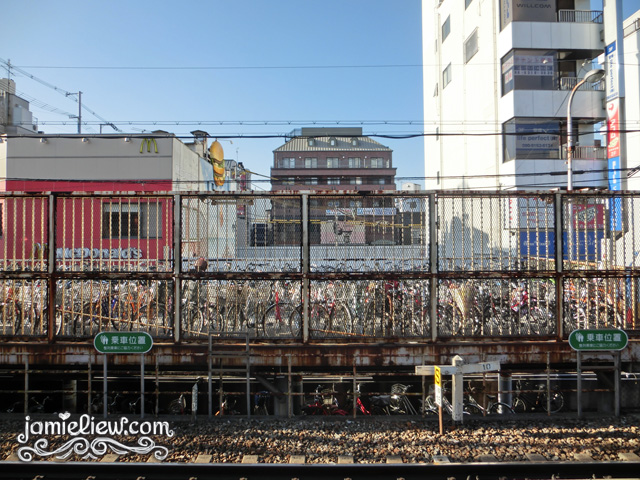 that amount of bicycles. 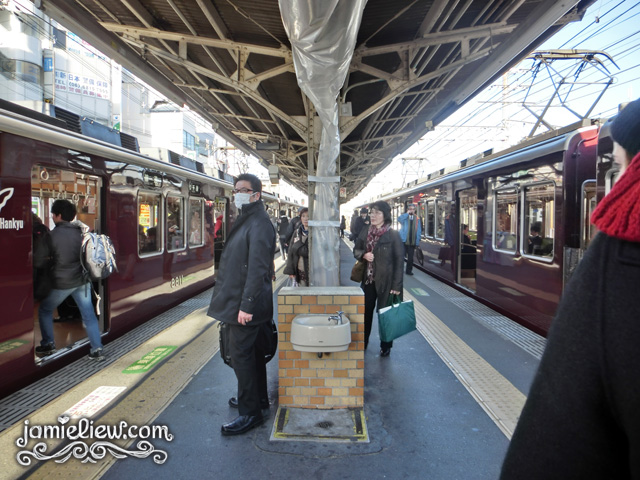 Hankyu trains are maroon. it is funny how almost every line of train have different colours and seats and even the coordination of their seats. 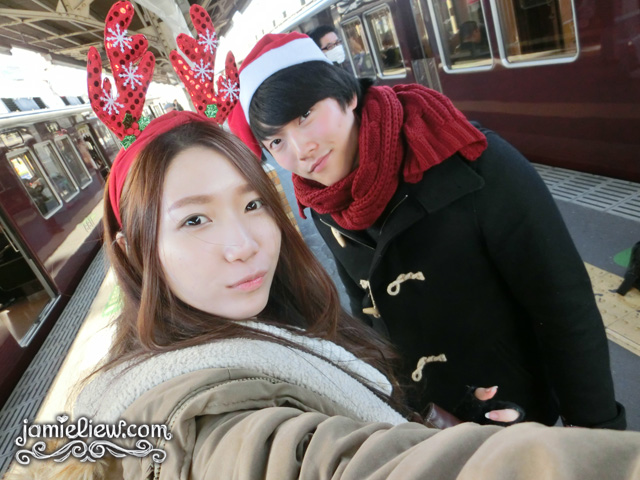 still walking around oddly. but we stopped wearing them after reaching Kyoto hahahahaha. 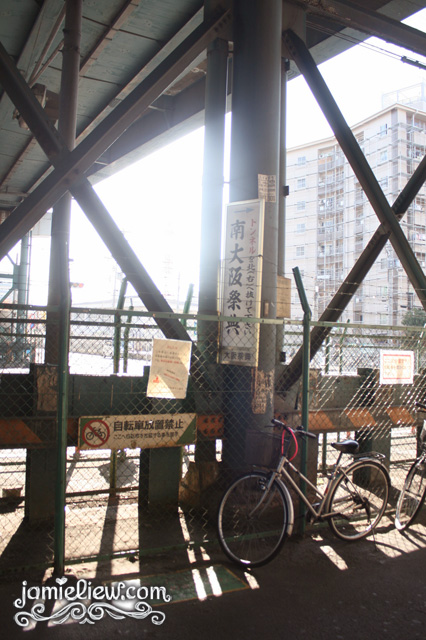 anotherrrr random shot. it looked so much more beautiful in real life T_T. 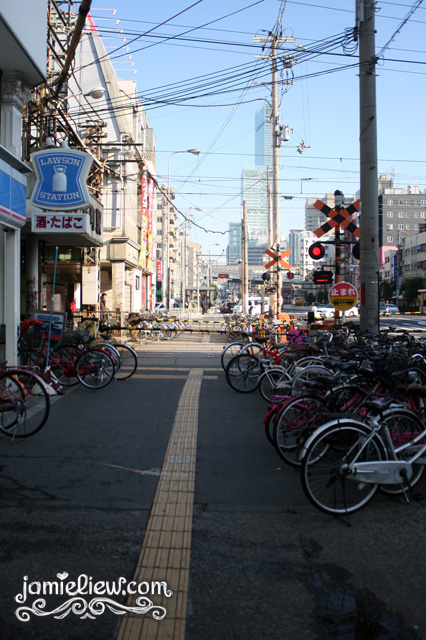 even more bicycles. and I love those.. don’t know what you call them. dividers? and Lawson is AWESOME! they have this Lawson 100 shop where almost everything is 100yen. if not then it is still super cheap. they sell 3 different types of really nice Kimchi which I’m addicted to. we finished a box every single day. did I mention SH is Korean? but born and bred in Japan haha. 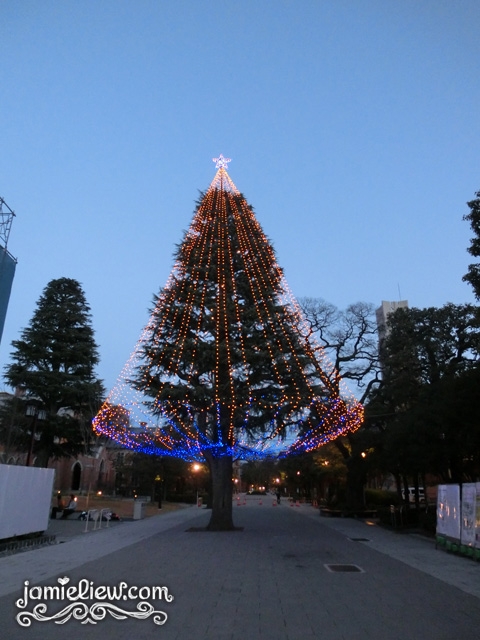 the sun sets at 4:30 everyday but it is still fine! because the beautifully decorated trees are all lighted up! but it is quite a pain when basically ALL the tourist attractions in Kyoto ends at that time as well. making each day much shorter. I could’ve visited so many more places if the sun hadn’t have to set so early.

well until next time!