so upon exiting the garden, we found ourselves at the famous bamboo grove of Arashiyama!

this is another popular landmark of Kyoto other than Kinkakuji. Although I personally prefer Ginkakuji over Kinkakuji. I loved the bamboo grove though. and I felt it is really a must visit if you have at least 2 days in Kyoto. it isn’t number 1 on my list but it is more than just one-visit worthy. 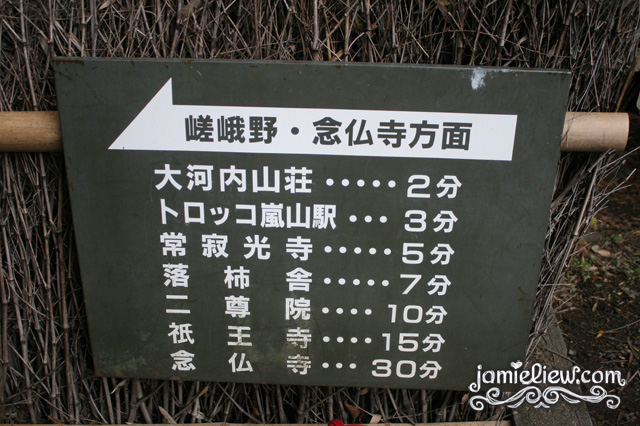 somebody please tell me what they say hhahahaa. 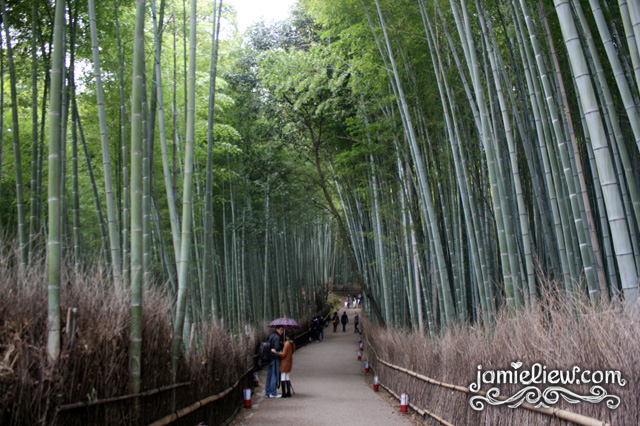 super pretty =3. it felt really peaceful here. and after a while, the rain stopped. thank goodness. 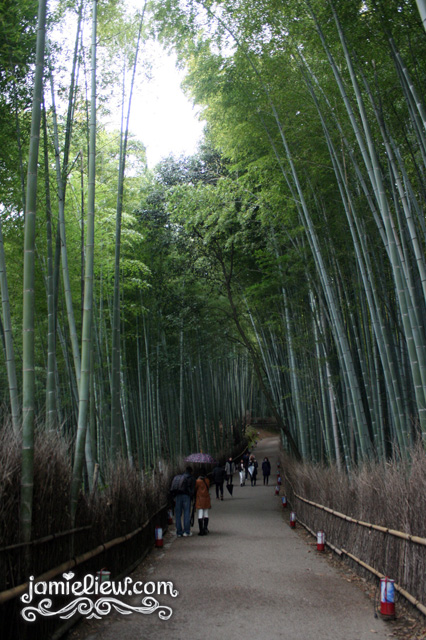 and the gloomy skies got brighter. 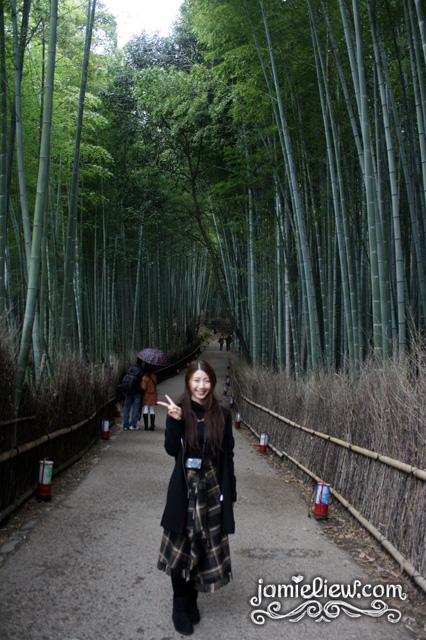 had to take a picture here! 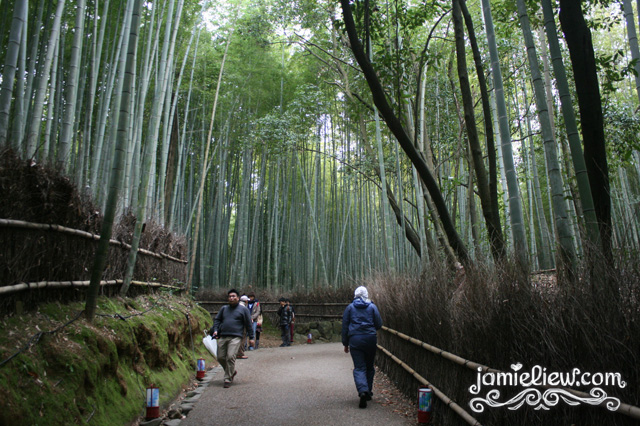 and those fairy tale like… moss? love it. except I don’t want to touch it. 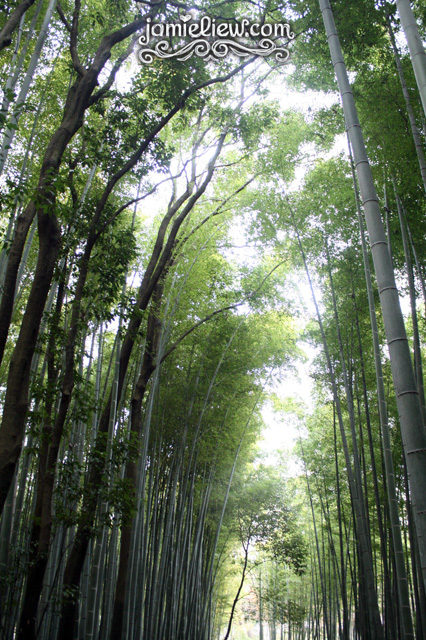 I guess I am not so good of a photographer anyways. I’ve seen amazing pictures of the bamboo grove but no matter how I try it doesn’t look as spectacular as the real view. so you get what I mean right? it’s beautiful. and for this and the bridge, you should never take Arashiyama out of your list if you’re in Kyoto! well unless you only have one day. 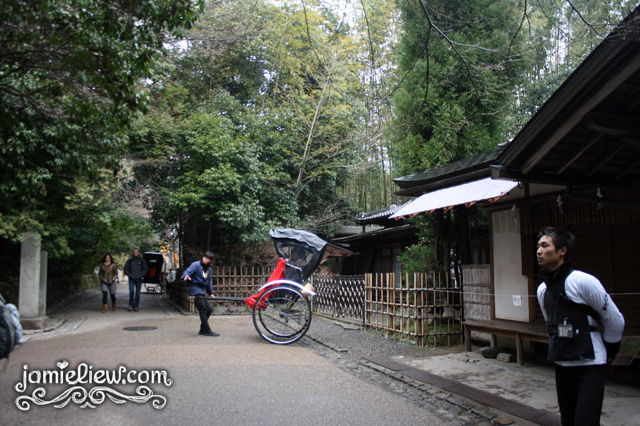 there are a lot of these pretty carts but they costs so much =S. around 3000yen for a decent journey le sigh. but pretty amazing how these guys can run so far. 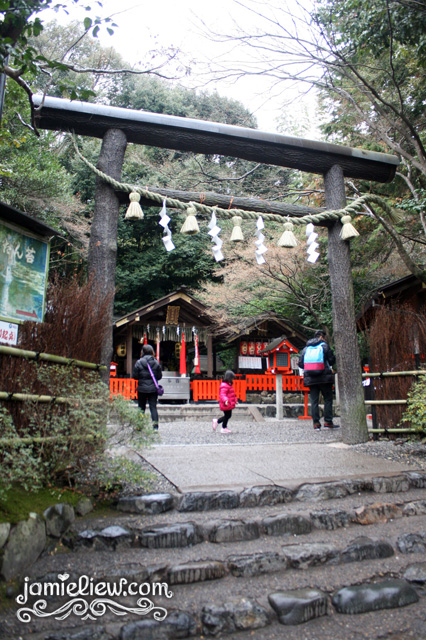 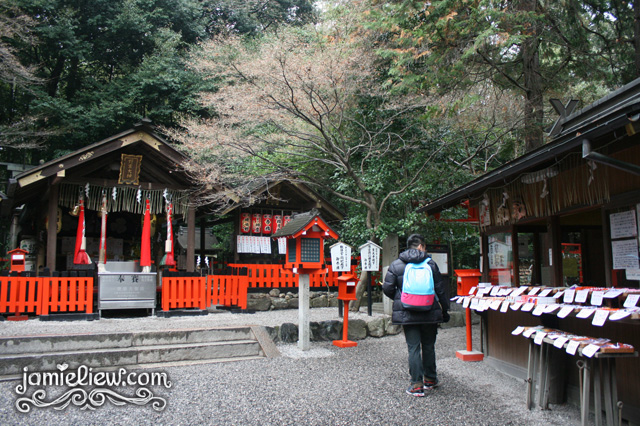 so you are supposed to shake the long rope, throw in a coin and pray =D. and those cute amulets are sold everywhere. except you are supposed to take it back to the same shrine a year later. hence I did not buy it. =S. not even sure if I can return in a year! 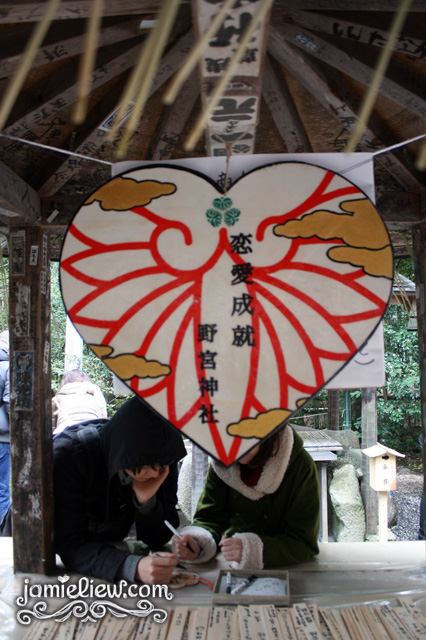 I guess this is a shrine for the lovebirds. #nothingtodohere. 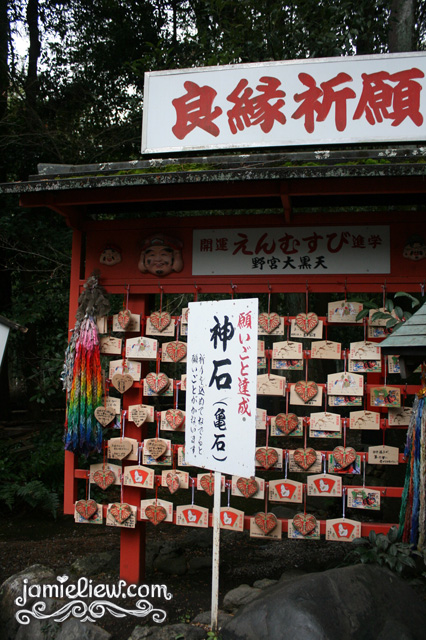 while most Japanese people are atheist, they go to shrines. especially during new years. that’s what my friend told me. more than belief, it is more like a tradition he said. 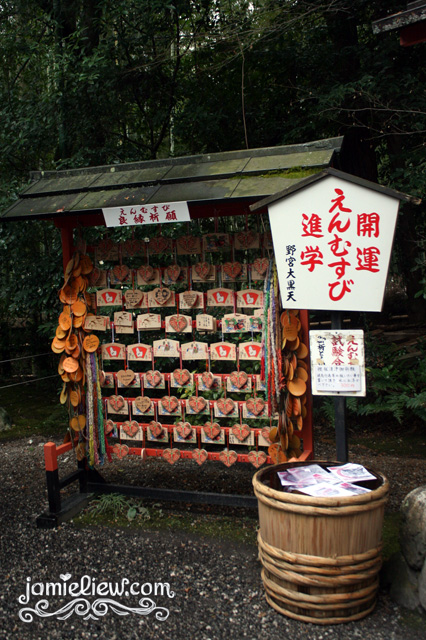 to be honest, I am very tempted to write one too =(. 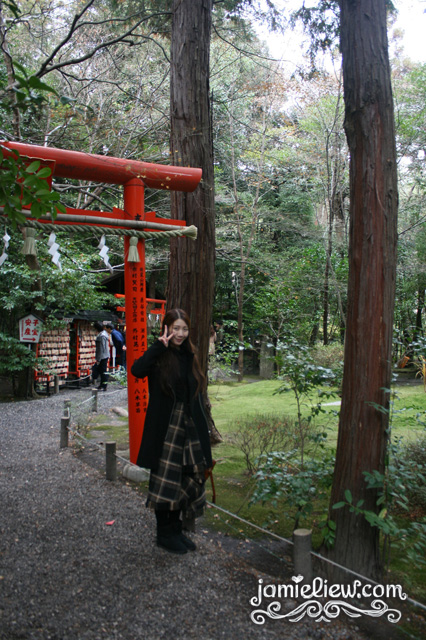 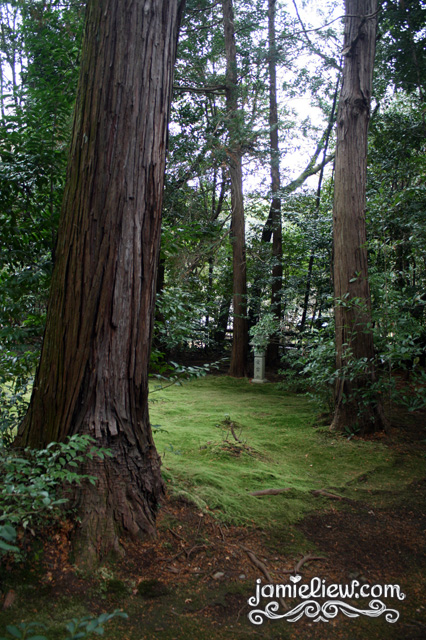 where’s the deer?! Bambi is supposed to pop out about.. now. 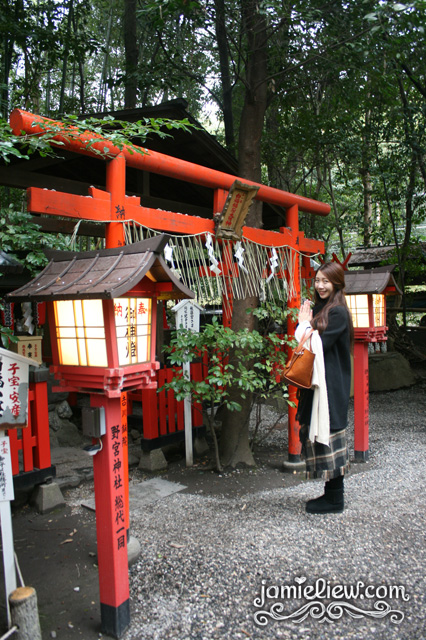 okay, I was pretending. but I am Buddhist. and I study in a Confusian University. 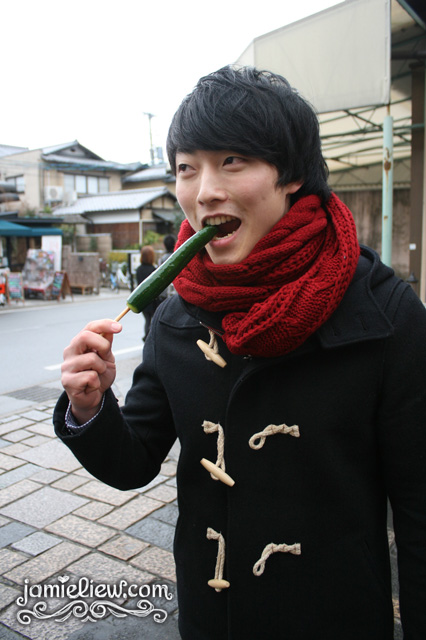 SH with his favourite chilled cucumber on a stick. not a big fan but he goes gaga over this stuff. 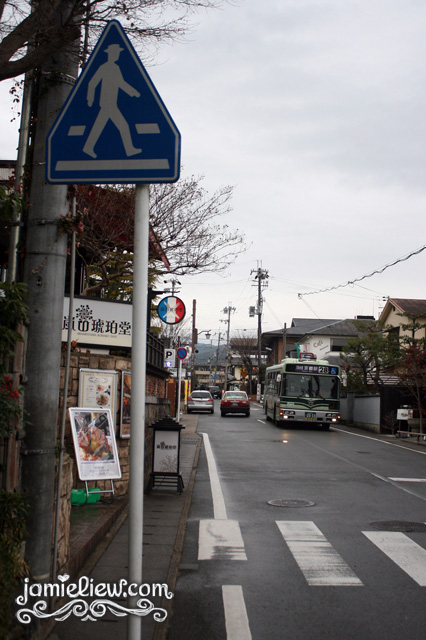 glorious bus rides of Kyoto. take the bus. I DARE YOU. ultimately complicating. but so cheap and fun to ride on =3. 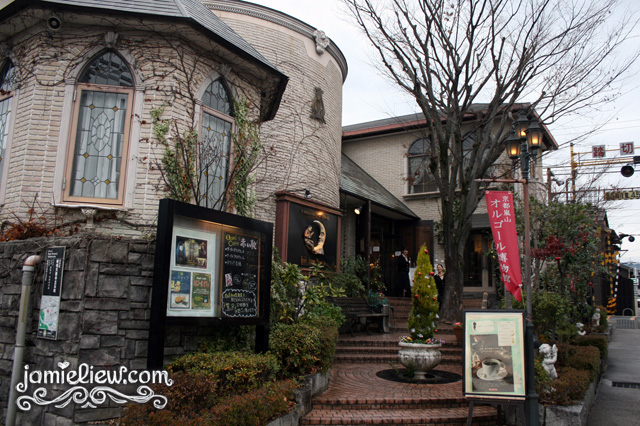 some cafe where they have a clown to pass fliers around. oh-so-pretty. 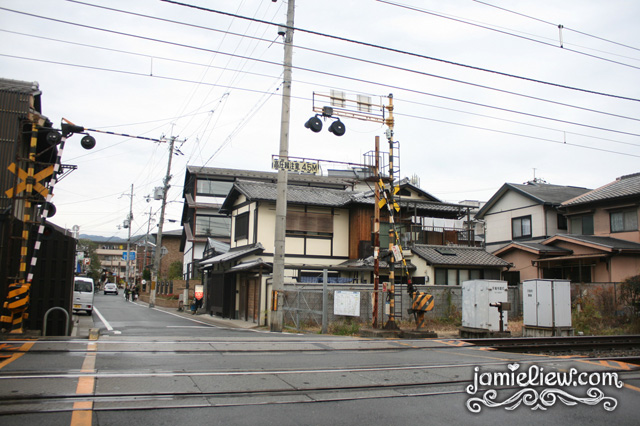 if there’s no earthquake in Japan, I’d love to live in one of these houses when I retire. too young to think about retirement but oh well.. 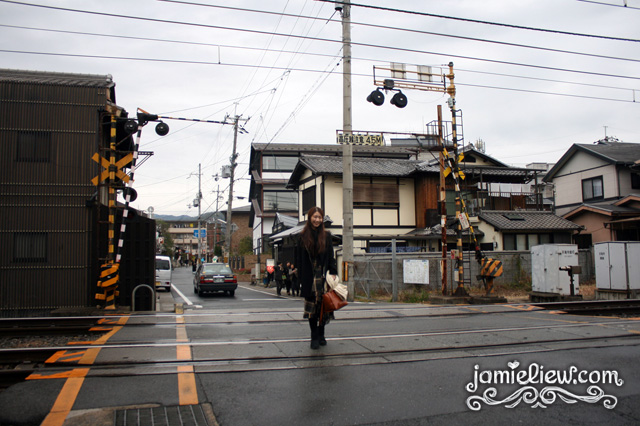 wah love japan , thank 4 sharing.. i hope i will go there oneday

it is arashiyama not arashimaya…:D