in remembrance of a dear friend.

I posted this more than a month ago on facebook. I hope that everyone will treasure not only your family but even your friends. and do not make the same mistake as I did. the truth was, I was so busy I had always told him that I’d talk to him later but I was always so occupied I barely even remembered. so dear all, I truly hope that you can treasure your dearest friends before it is too late..

here’s what I had posted:

There was a guy I met through my blog a little more than two years ago. He scouted me for a job because I knew a little Korean at that time but it wasn’t adequate so I didn’t get it. But he was very supportive and encouraging. He then invited me out for dinner and we had met a few times and eventually became good friends. I was stupid to even have thought that he had motives the first time despite the age gap but he turned out to be a really nice guy. One of the nicest guys I’ve ever met to be frank. His intentions were so pure and every time he treats me extra nice he would explain that he had no special intentions and that he just wanted company. I suffered from mild depression and when it got worse he told me that if I’m living and healthy then that’s the greatest thing. He told me about his condition that he’d not normally share with others just to make me feel better. And after so long I wondered why he stopped contacting me since he said he will definitely come back to Korea and we would go to Noryangjin to have loads of seafood. I suddenly recalled that he told me he is like a living time bomb and i got worried so today I finally went to his facebook profile to find that he has passed away. I regret for only knowing it after two months. Please forgive me my dear friend. I am truly touched by everything you’ve did for me and I was going to treat you as nice when I grow older like you too. But there’s no more next time and I wouldn’t ever get to be as nice to you as you were to me. So people, please treasure your friends and be as nice to them whenever you can. As heart broken as I am I wish you can rest in peace. You will always be missed, dear U Fu. A truly amazing guy who had reminded me that there’s still hope in humanity.

just noticed that I have never ever had a picture together with him. =/. 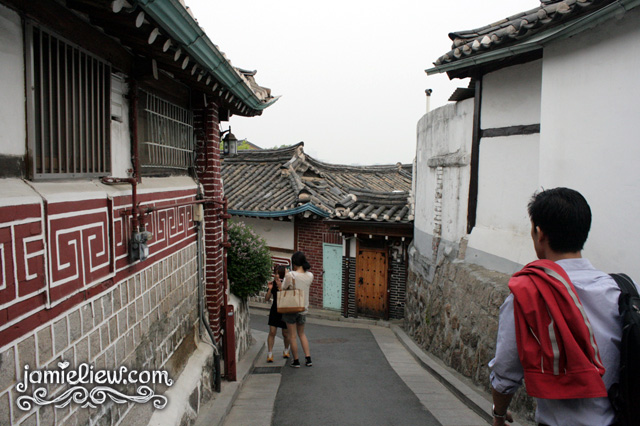 Hi Jamie,
I’m sorry to hear about your loss. My husband found out his childhood friend passed via Facebook, too. It’s such an impersonal way to hear such news. Though it’s awful to lose someone we care about, it can remind us to treasure the time we have together.

Hi, Jamie.
I also lost friend before. At least, you could appreciate your friend as well. You got valued lesson. Be smile.