HELLO EVERYONE!!! so my mom got me a new camera because the last time she asked me why don’t I take pictures anymore I told her that my DSLR is a little too heavy to carry every where when I need to carry a lot of other stuff. so WITHOUT asking for my opinion, she just bought me a camera. I was so upset because it isn’t a Canon camera (I know, such a bad daughter). BUT……. gracious. I LOVE THIS CAMERA. I won’t go back to Canon for digital cameras. NEVER! 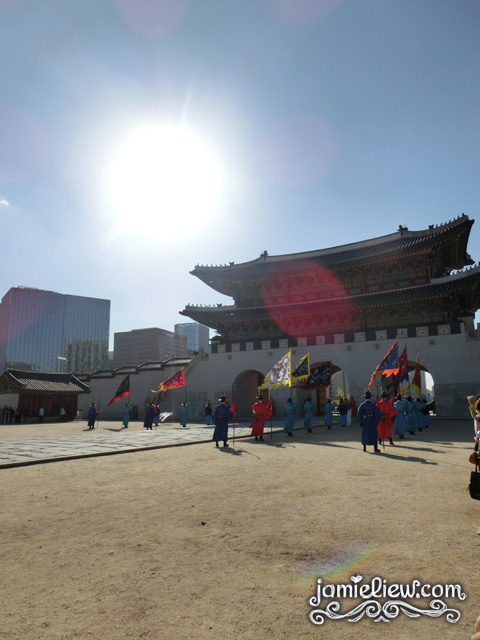 here’s a very random shot of Gyeongbokgung I took out of a rush. I didn’t aim properly =S. 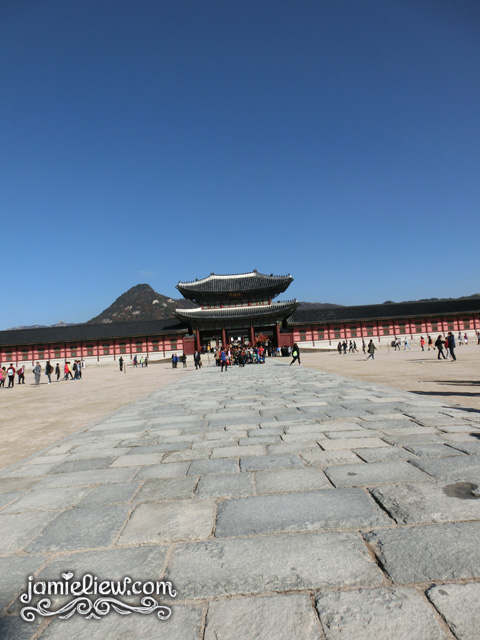 and the other view of Gyeongbokgung!!! 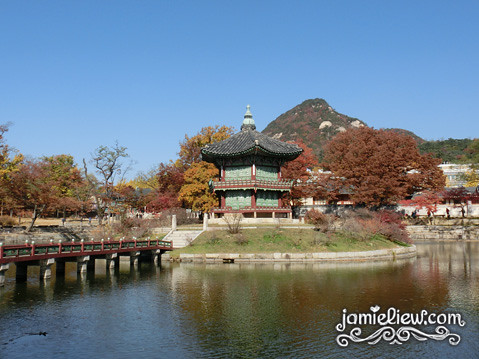 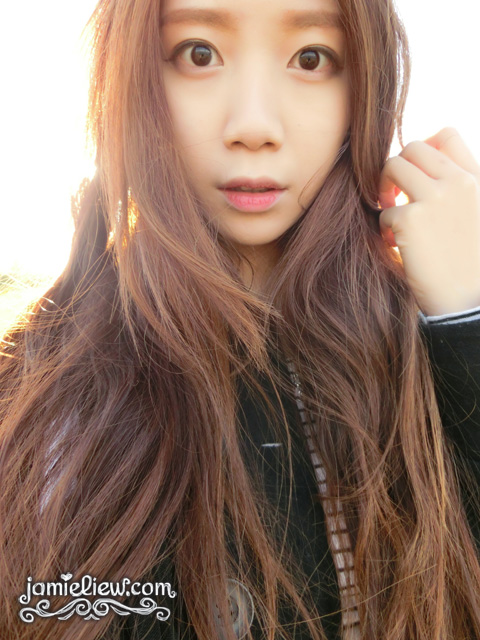 okay but before I talk about how awesome this camera is, let me talk about the.. not so awesome part. well, since this Casio H5 camera comes with a flipped screen, it is a…… SELCA CAMERA! yes, for camwhores like me. teehee. but because it is a selca camera, it is wide angled, and if your face lands anywhere on the sides of the picture, it’ll.. distort. 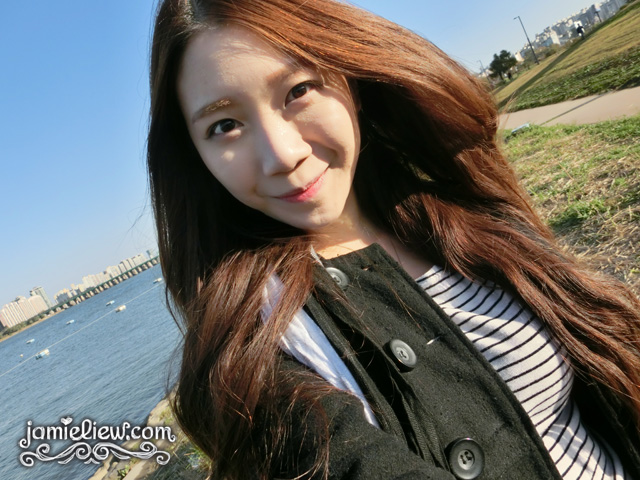 well, there are so many positive points about this camera that I don’t care if my face gets slightly distorted. firstly I would like to talk about the BEAUTY function! you can even adjust how much you “beauty” you want. with this function your skin will be SMOOOTH as silk. well not when half of your face is facing the sun causing shadows like the picture above. but the picture will look much worse without this function =P. 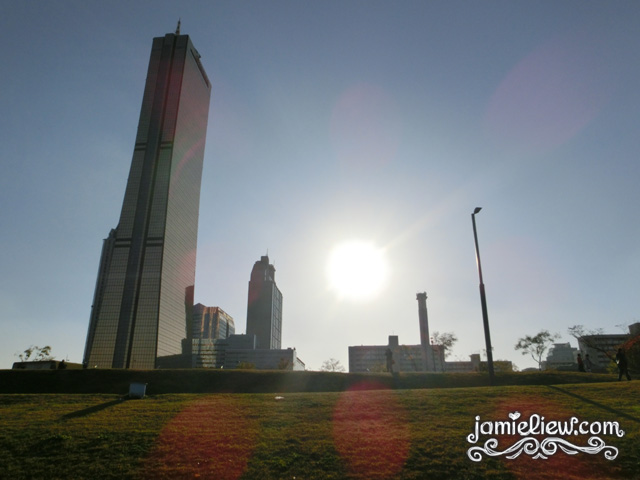 I like how blue the sky is right now in Seoul =3. 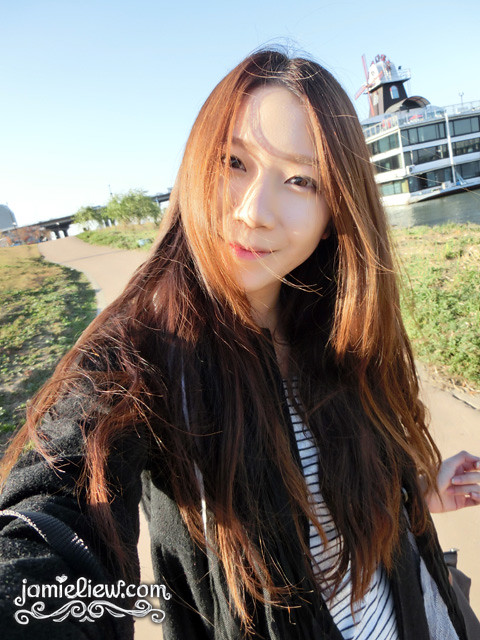 here’s another smooth face function. I really like the wide angle as I don’t need to hold the camera too far. but when I take pictures of food it gets quite annoying as I need to go super near it T_T. 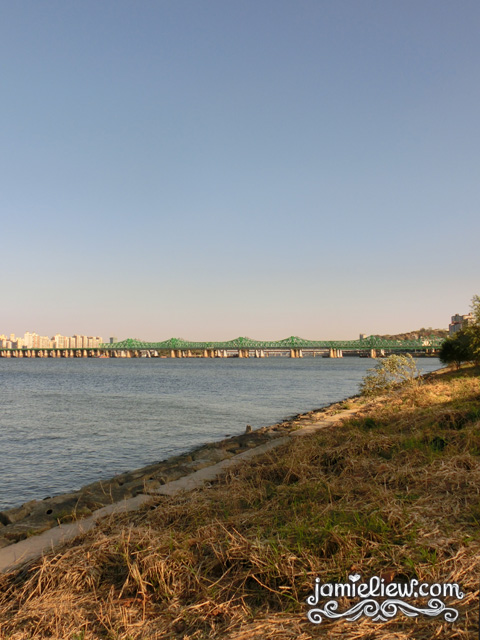 my favourite green bridge at Hangang but I have no idea how to capture it perfectly T_T. 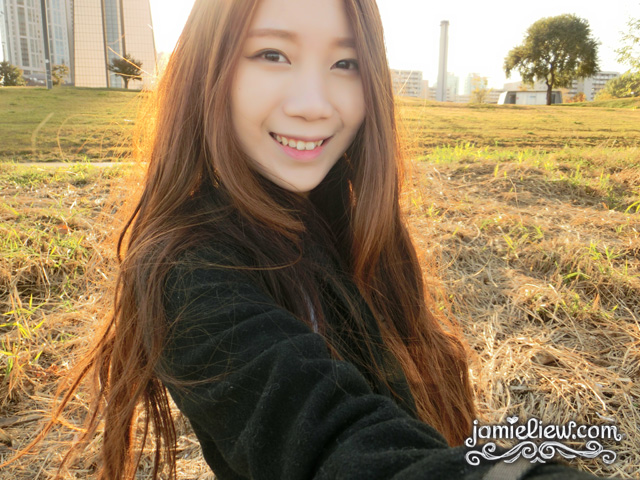 the light behind makes me GLOWWW!!!! 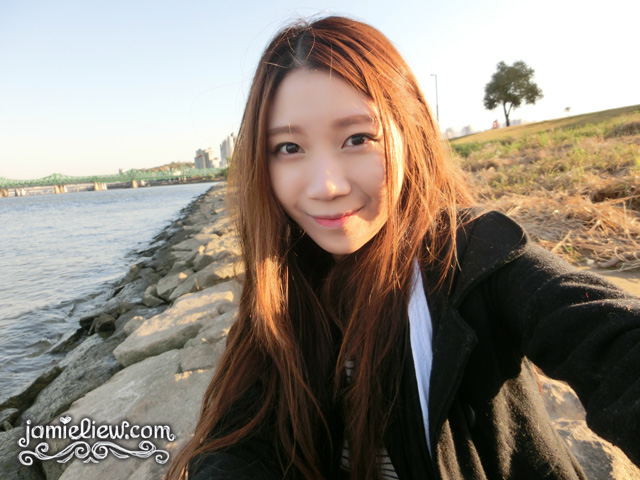 must selca with my green bridge!!! 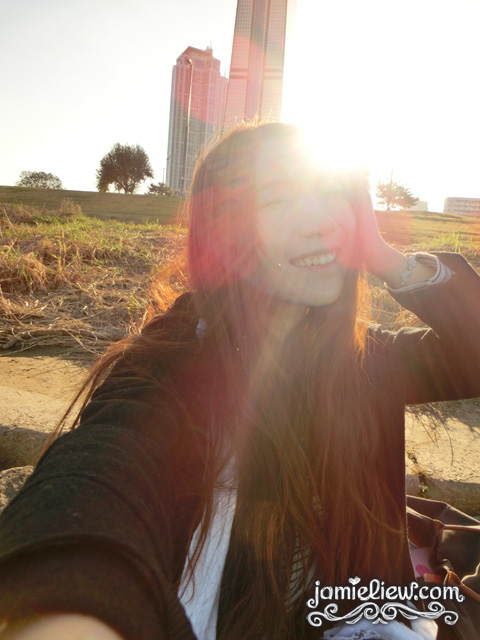 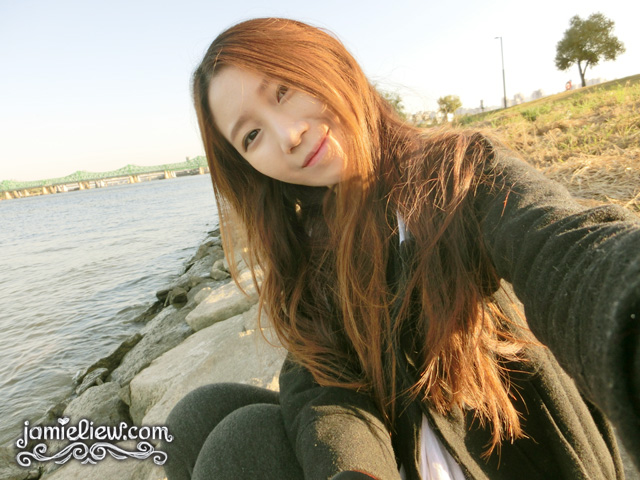 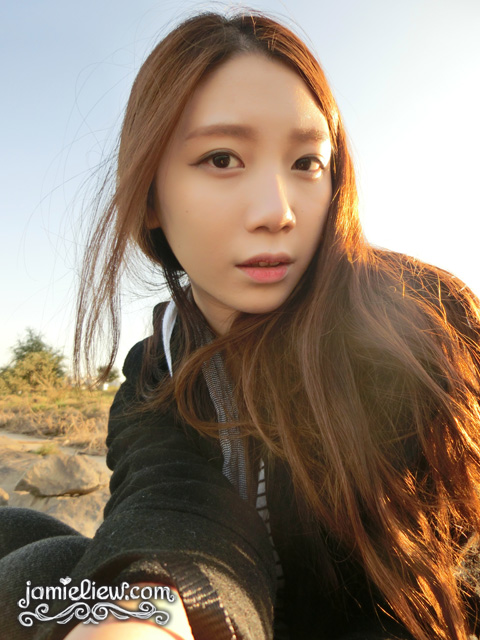 my skin is pretty bad especially when the weather’s changing. it’s this awesome camera that does all the magic really. I save so much work on photoshopping my pimples out. I basically do not need to photoshop my pictures anymore unless I want them to look dreamy. because the colours are awesome and my skins perfect with this camera! 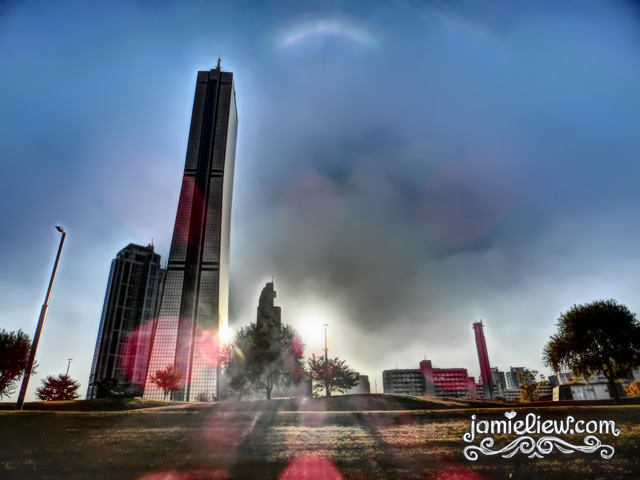 another thing I like about it is the ART mode. super duper awesome. I used to see pictures like this from a friends website but I always thought that this is some HDR effect that you can only achieve though photoshop. which I tried to do but failed every single time. now I know. it’s the awesome technology. I felt so outdated pfft. 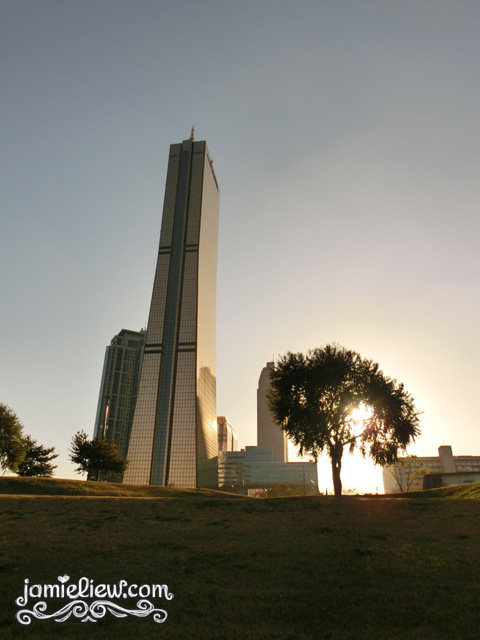 and this is the normal mode. 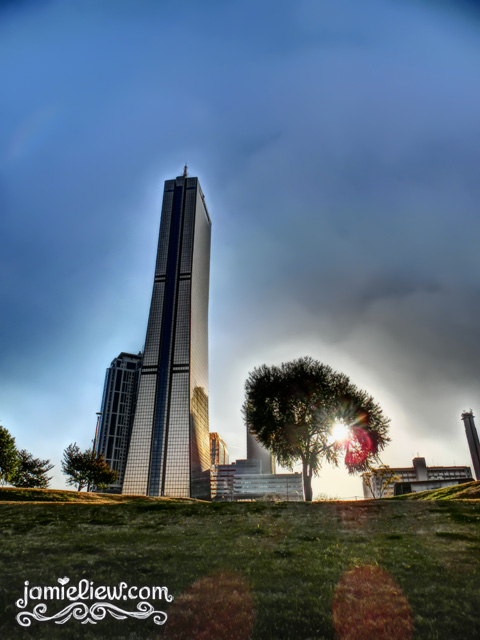 the best picture I’ve took so far with this camera! you gotta admit that it is pretty darn awesome ^^. who takes a better 63 building picture than me. WHO WHO WHO?! I’d like to believe that this picture of the 63 building is the best on urf. =P. 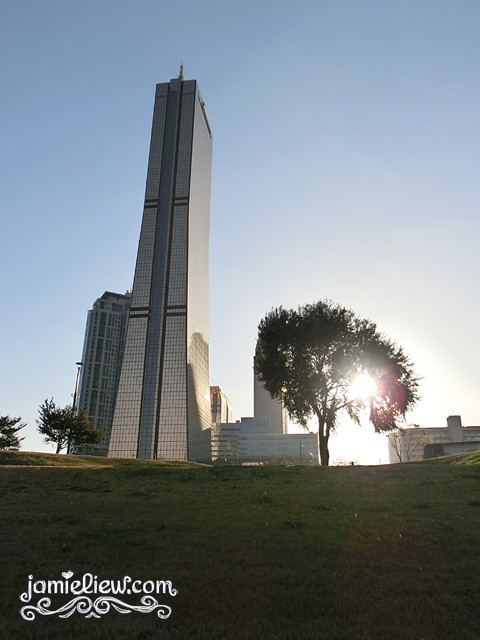 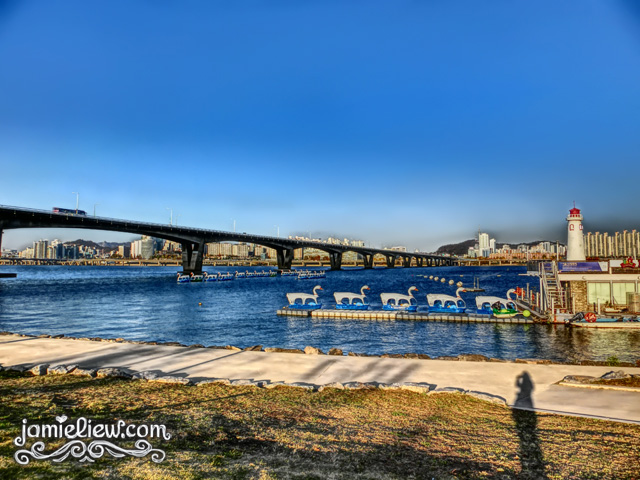 another art mode. you couples(or not) can come here for the swan boat ride! =D. it is located near Yeouinaru Station ^^. 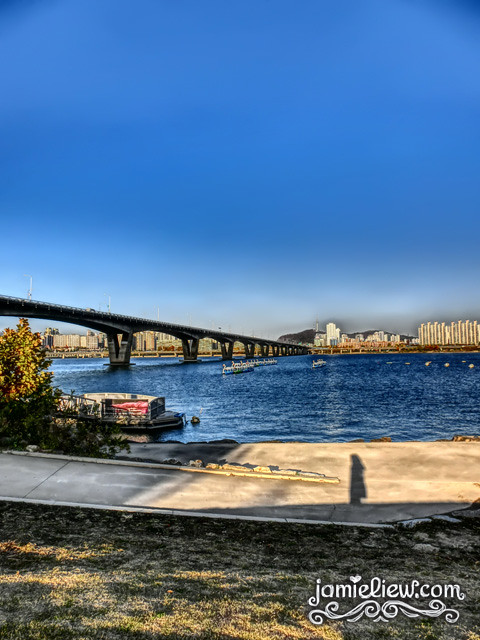 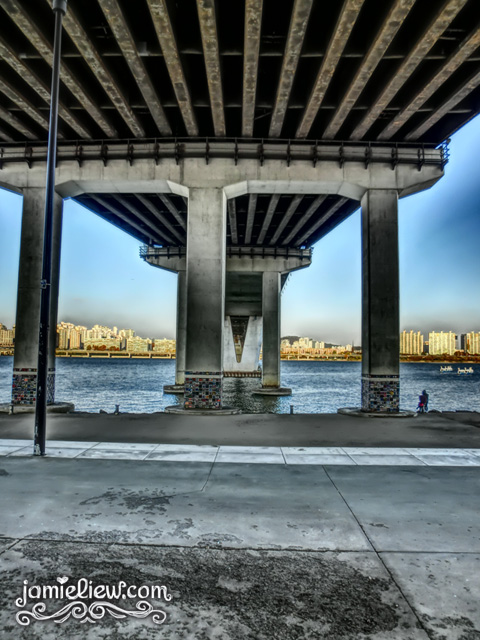 and another. this camera has turned me into some kind of instant artist. 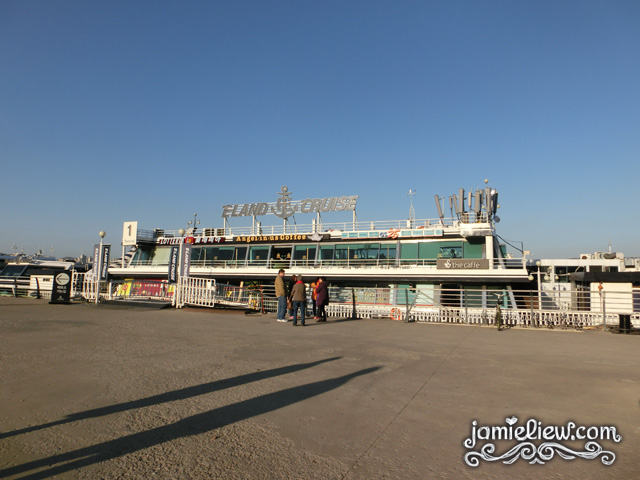 the boat ride is also around the corner. basically it is in the middle of walking from Yeouinaru Station to 63 Building! 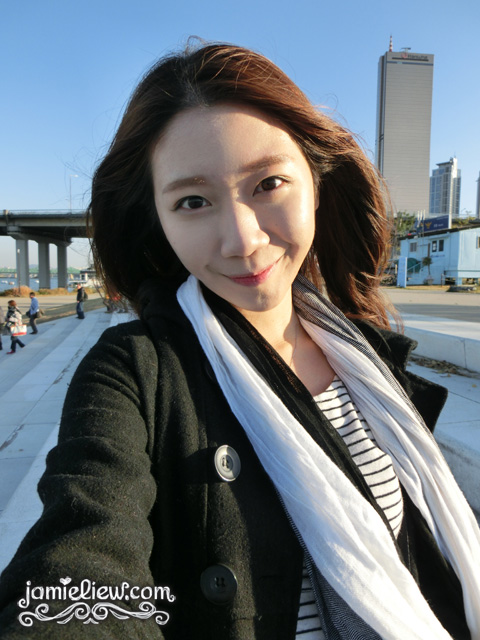 my selca with the 63 building! 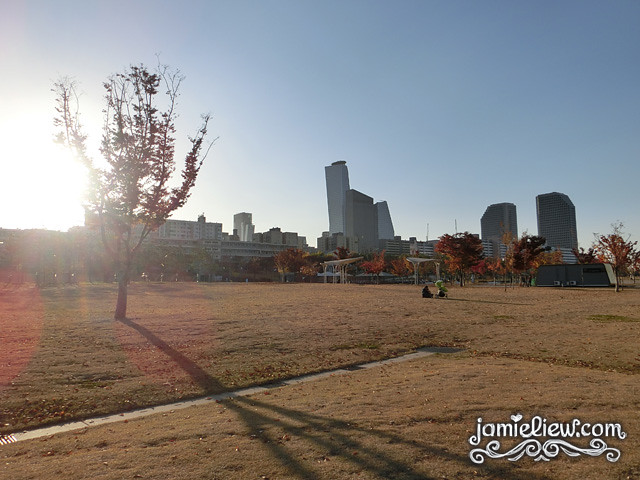 during the yearly fireworks festival (which was last month. didn’t go because I knew the crowd will be crazy. and it was crazy.), everybody gather here and this whole field will be literally so packed with picnic mats that you can barely walk through it. 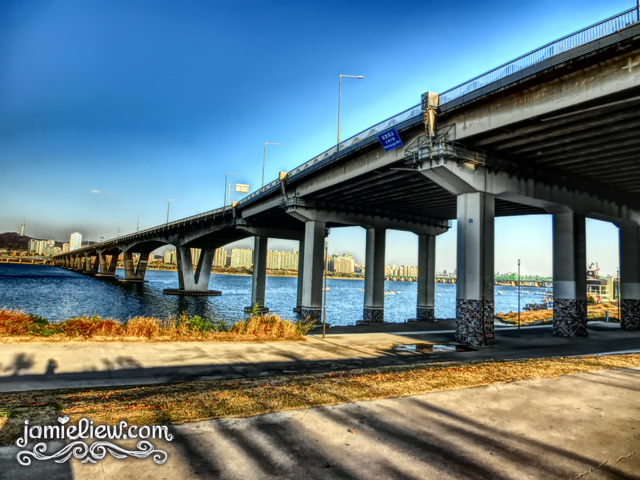 see the N Seoul Tower at the far end?! 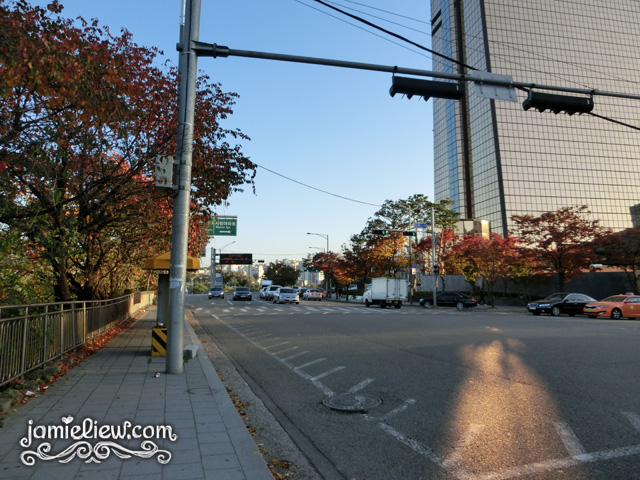 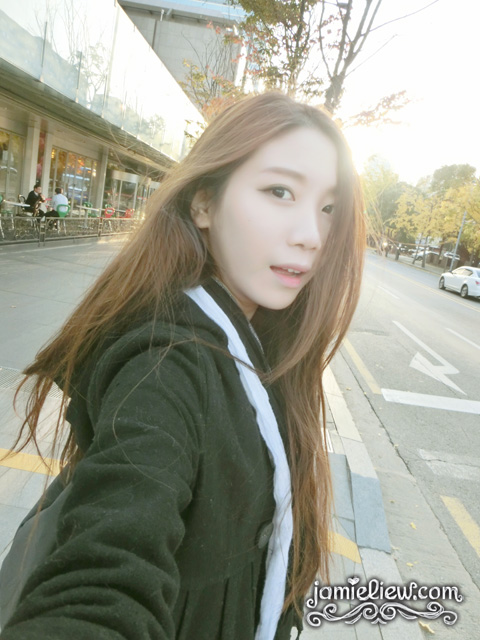 photoshop when you want lighter pictures! 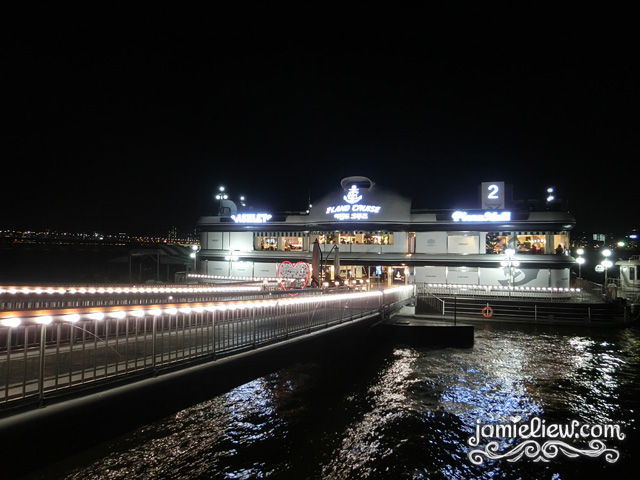 the cruises’ port at night! super pretty. the cruise is also pretty cheap starting from 12,000won for the normal ones. but the buffet costs a bomb T_T. it smelt good and looked really posh anyways. really want to try ittt T_____T. THERE WILL BE A CHANCE. when I get rich! or on my birthday or something >_>” I think it costs like 60-70kwon. which is around 200ringgit pfft. the thing about me and  expensive buffets is that I don’t like eating a lot. I prefer eating small portions of quality food =S. which is why I think buffets are a waste of money to me le sigh. but it really looked good. there was some bread baking class too I WANTTTTTTTTTT.

the photos look so good that i’m tempted to get one casio H5 too !

your pictures are all so pretty! btw, will i be able to see you when I’m at Seoul on next feb? 😀

Woow I love your camera! *^* It seriously has awesome features! And that Buffet cruise is really hella expensive! O___O You don’t pay that much even here in Europe O__O Though I do remember going to a Cruise with a show~ It was also pretty expensive in my opinion… Especially because in the end… You don’t really see much from the scenery (too distracted with watching the show XD )