this is the hooters for females. a ‘container’ with hot macho men serving you? hell yeah! this place always have a queue too. so be prepared to wait in line for at least 30 minutes. there’s 2 shops in Gangnam; one near exit 9 and another near the CGV area. 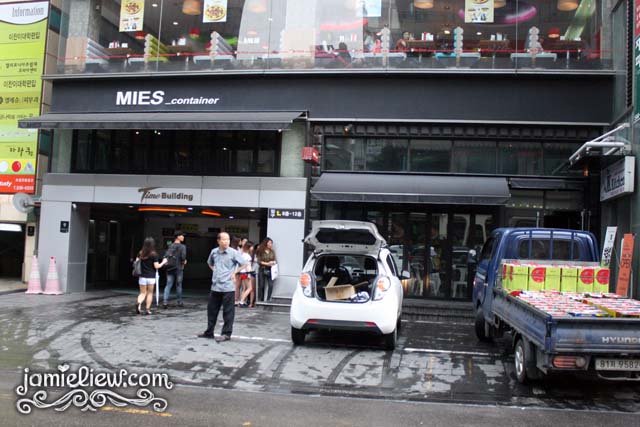 this is the bigger one near exit 9. and the queue was really long. although it isn’t noticeable in this picture. and upon entry, you’ll always be greeted with loud manly voices which fills the entire restaurant. 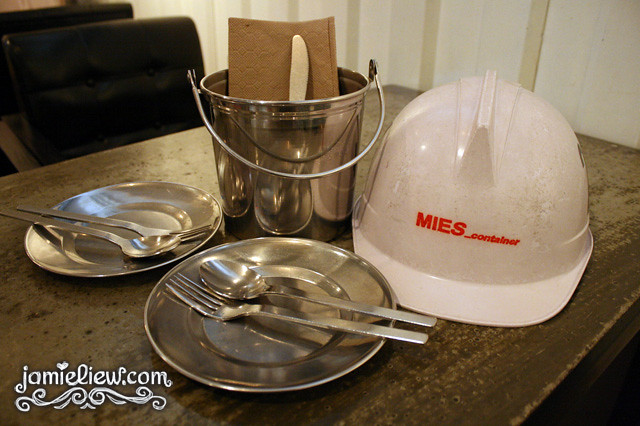 the bad thing about it is that it is pay-before-meal style. and I hate it because it gives me the feeling of lack of service. but when you pay, they’d give you a mine worker headgear and upon receiving your food, you’ll have to hi-five the hot macho men. even if you’re a guy. 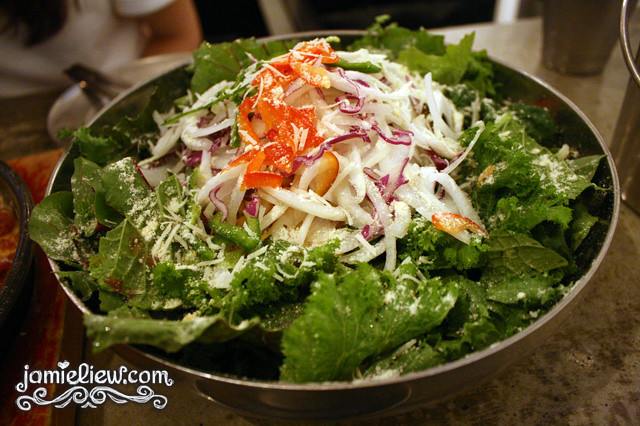 their famous Salad Pasta. the salad pasta (quite famous in Korea) is originated from this shop apparently and so they are the founder of this dish! I raised an eyebrow when I first heard about it but it was really good. this bowl itself costs around 15,000won (I think?). quite expensive but holy it was HUGE. I went with Cherry and both of us were barely finishing our food. we were probably 60% down both dishes and we couldn’t eat anymore. which was good. I would hate to pay for a small portion if I was hungry as hell. the pasta was buried below so you couldn’t see it =S.

and the place was literally like as if you are inside a container. very creative. I went to the smaller Mies Container so it was actually quite awkward to take a picture of the surroundings since it was really small. 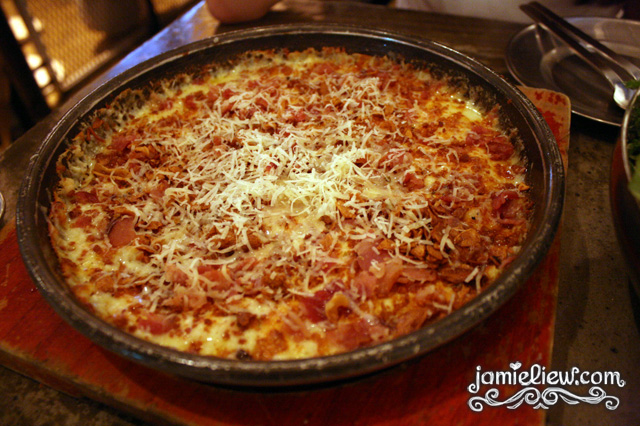 the garlic bacon pizza. it costs almost 10,000won. quite reasonable for pizza. but the garlic was………………………. I met Waiyan afterwards and I had to buy mint sweets to clear my breath but this dish was so strong no matter how much mint I ate I smelt like garlic. thank goodness I wasn’t meeting a guy if not I’d be even more embarrassed =S. so unless you are eating with your friends, do not eat this before meeting other friends. I didn’t like it too much because of the strong garlic but I reckon the others should be really good. 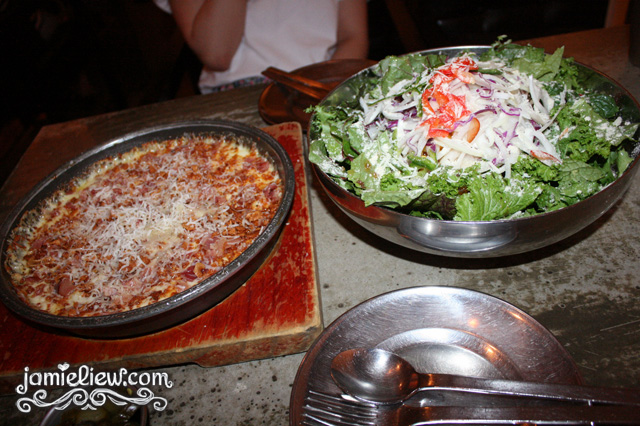 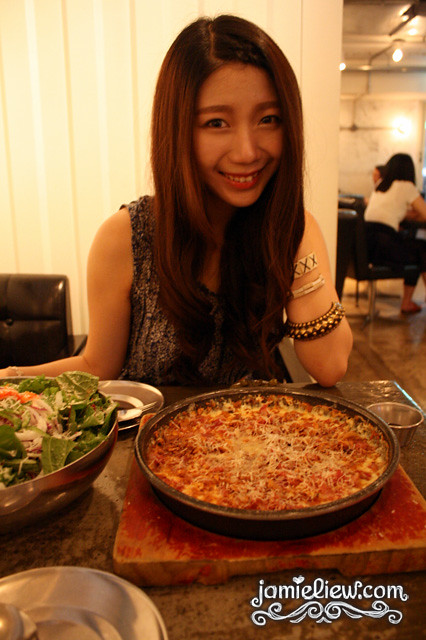 this picture was taken when I really had the mood to look pretty so I curled my hair and had it braided but….. I looked like a drag. great.

I thought there would be pic of the hot guys too but only food , LOL

as much as i love garlic, the idea of a strong garlicky aftertaste doesn’t sit too well with me. 0______0

the portions are big though. hehe

The place’s concept looks so unique and I’m intrigued with the salad pasta…how does it taste like?

And why are there no pictures of hot guys? hahaha!

…where are the guyz???? hahahahaha… it wouldn’t have been nice to see how the place look like.. 😀

it would have been nice to see how the place look like..

Hey, I was wondering if a tourist were to visit this restaurant and not know any Korean, will it be alright? Is the menu in English and can the waiters interact with you in English?