finally I can enter Zouk without worrying if they’ll check my IC. oh well, not like I will be able to go to Zouk anytime soon. at least now I can go to the Casino too. basically everywhere in Malaysia. I heard there are bars which only people over age of 30 could enter in Japan and there are clubs in Korea which doesn’t allow people over 30 hahaha.

on my birthday, it’s actually the “chukje/festival” week for my school so nobody was free. like NOBODY. but thank goodness I had Kenji to spend it with =3. 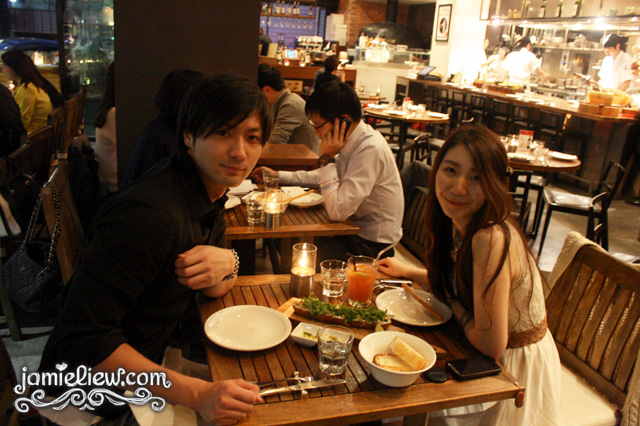 went to a nice Japan-based Italian restaurant named Kitchen Salvatore Cuomo in Apgujeong. it was really really really good. plus the service was superb. apparently according to Kenji, it’s really Japan style. they had baskets prepared for bags and stuff. staffs can speak Italian (not sure if fluent or just for orders/chef language) and Japanese (fluent). pretty sure they can speak good English as well. there was like 2 of them who spoke to Kenji and they were super fluent in Japanese D=. these days, even being a waiter requires you to be multilingual. =S. 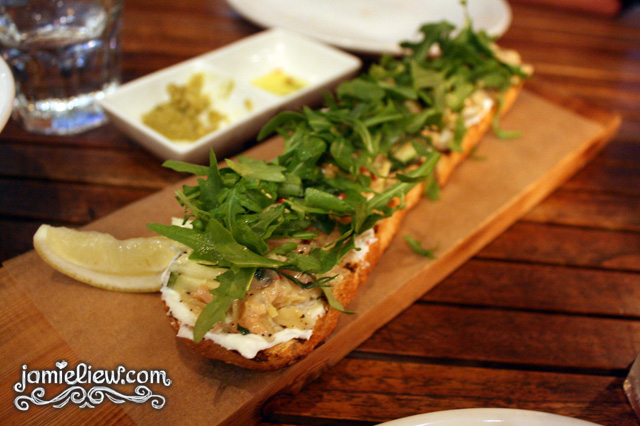 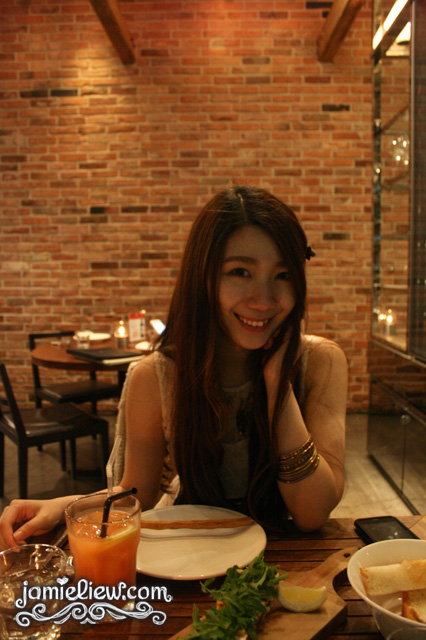 Kenji was so sweet that he looked up for nice restaurants and found this lovely place. it is famous among Japanese people here and they recommended this place to him some time back. 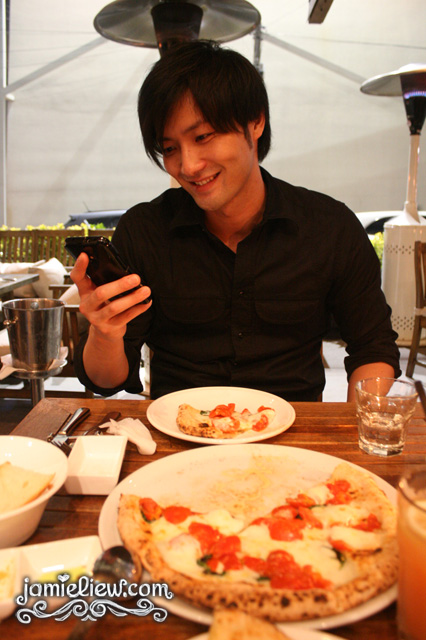 trust me this is candid! I envy people who look great candid. but most of them don’t look as good in non-candids. hahaha. 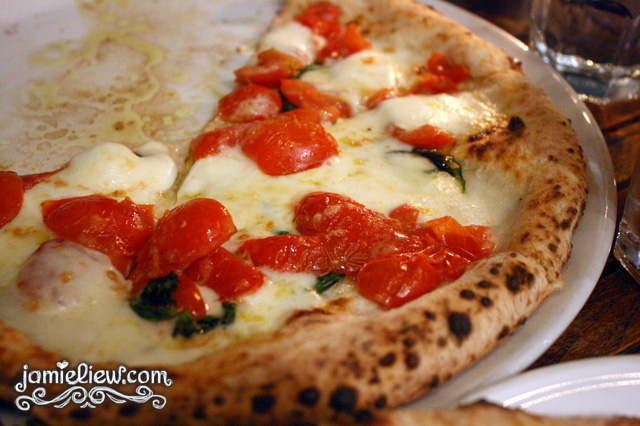 apparently the only place in Korea which serves authentic Neapolitan pizza’s! I don’t usually eat the crust. but I loved this one. it’s indeed very cheesy but somehow light and not too heavy. I love cheese but sometimes too much cheese makes you sick. but this one? not at all. I had the same pizza when I went to Nami Island and the flavour is SO FAR from this. this one’s.. simple yet tasty. the one in Nami was almost tasteless. 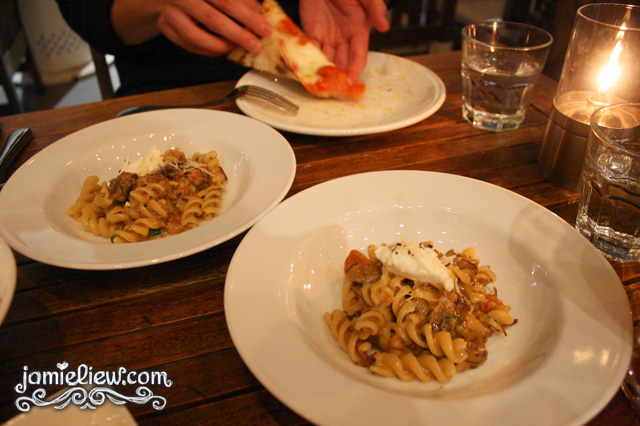 beef pasta! I don’t actually know the names for all these dishes since they were all in Italian. =S. I had to read all the descriptions (which was explained in detail in Korean) to choose which to order. I am a big fan of pasta. but I didn’t know that such pasta exists. so far I only had cream, tomato and olive oil pasta. but this was the bomb out of all pasta’s I’ve tried. some time ago, some famous Italian chef went to Genting and I tried his Penne but it wasn’t even half as good as this. and it was so kind of the cautious staffs who divided the pasta’s into 2 plates. and according to Kenji, it’s Japan style as Japanese people takes customer service very seriously D=. 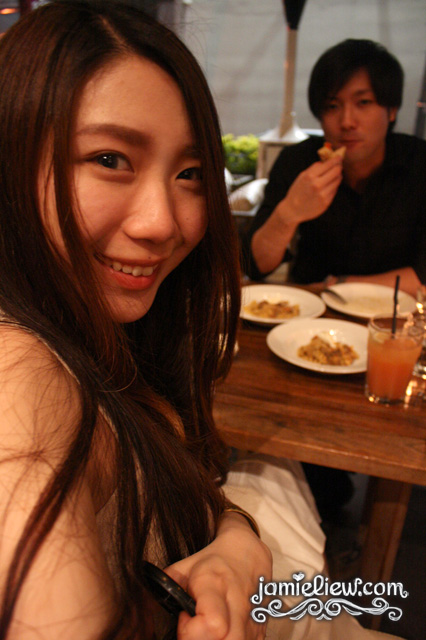 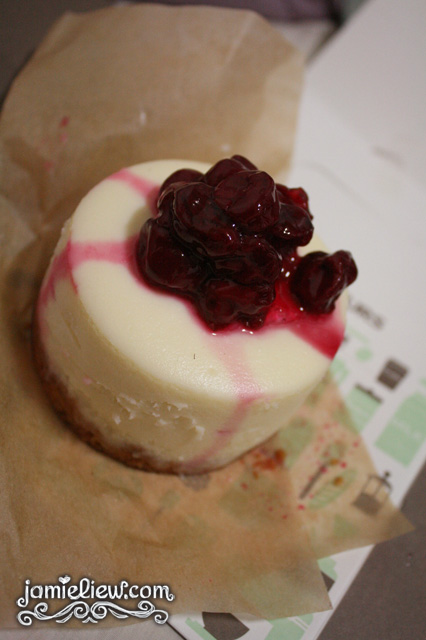 I knew I was going to spend my birthday with the rest later on but I just had to blow some candles on my birthday! 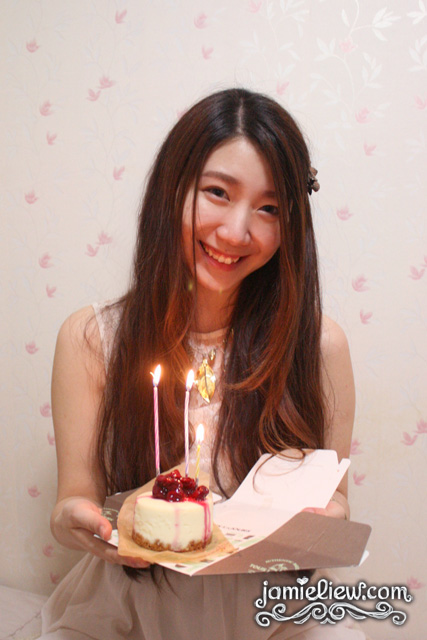 anyway, I had Italian AGAIN (CM’s Box. the restaurant which is decorated like a tool box. I love this place!) for my 2nd birthday dinner. I invited more than 20 people but only 7 showed up T_T. how sad. well it’s the exam/festival period. so.. 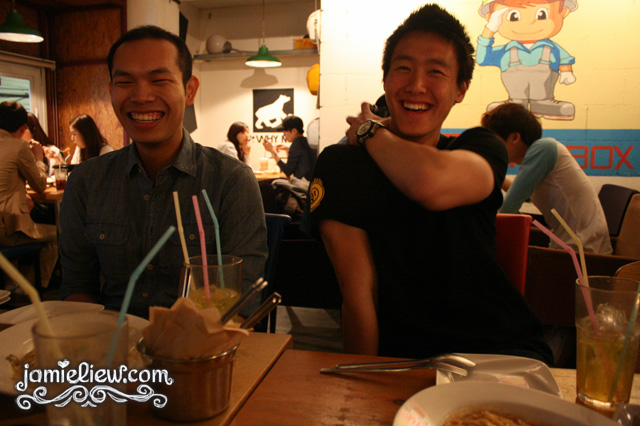 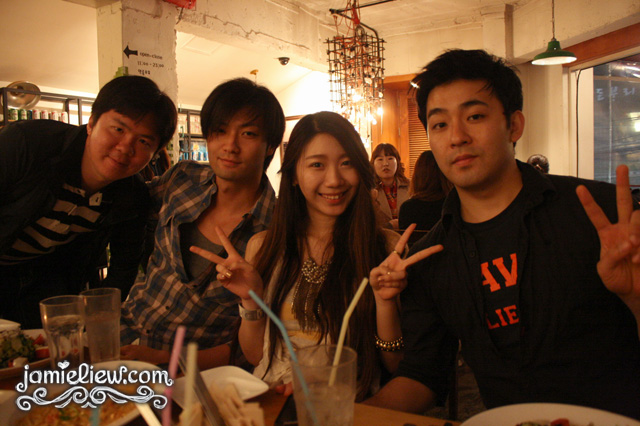 Korean, Japanese, Malaysian and American. this is what I call globalization hahhah. 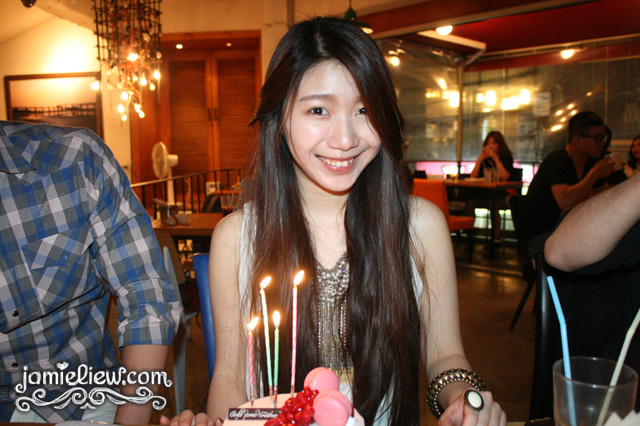 woke up late and hadn’t even have time for my hair D=. ran about for an hour in search for a nice cake too T_T. 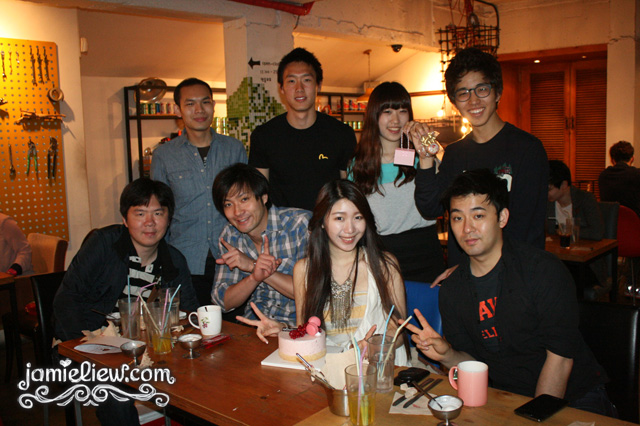 everyone who came! <3. thank you all for coming <3. the 2 Korean’s behind are my school mates =D. aren’t they just so cute or what?! 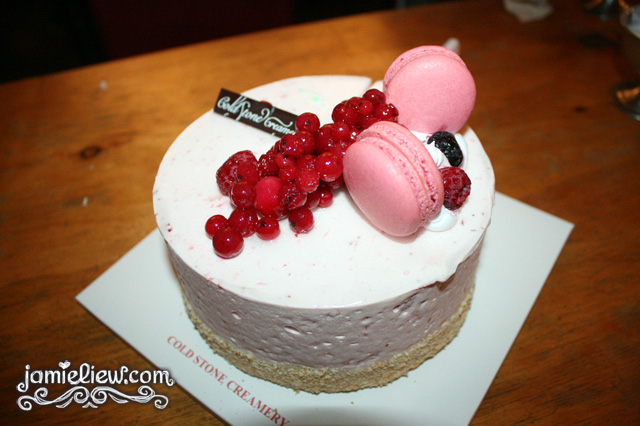 I believe I’ve blogged about CM’s Box for many times. I don’t know what else to say about it other than it being absolutely delicious and affordable.

there’s this thing in Korea called the 2-cha (e-cha). it means the 2nd round. they can go up till 5-cha. or even more. but we were all tired since most of us were helping out at the festival the day before. 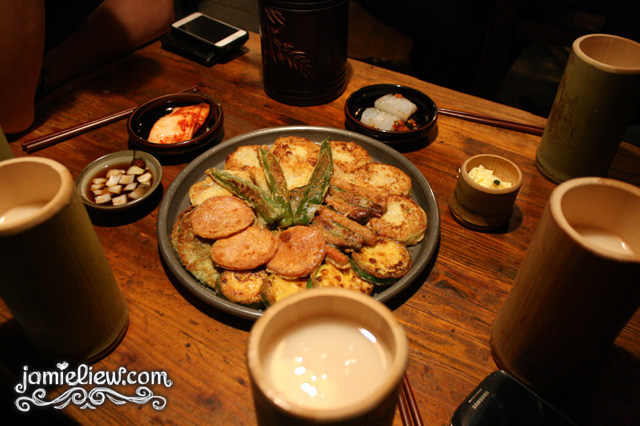 so for 2-cha, we headed to this really good Makgeolli place in Sinchon which serves dong-dong-ju (makgeolli) in real bamboo cups at 3,000won each. they also serve the best (and the spiciest) kimchi and muk ever. we first ordered the Modum Jeon (17,000won). you dip it on the soy-sauce eating it with the onion =3. yum. 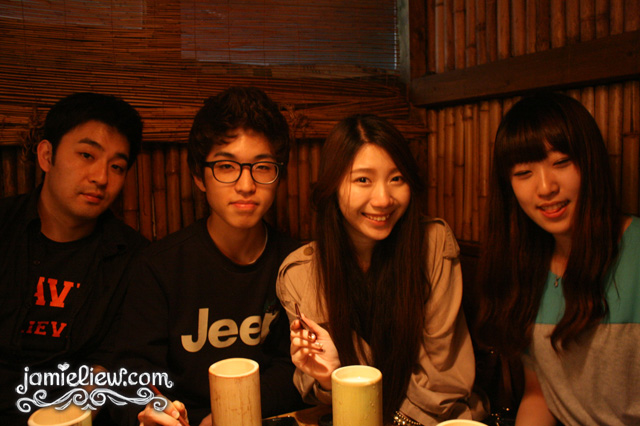 Tom, Seong-il, myself and Yu Jin. 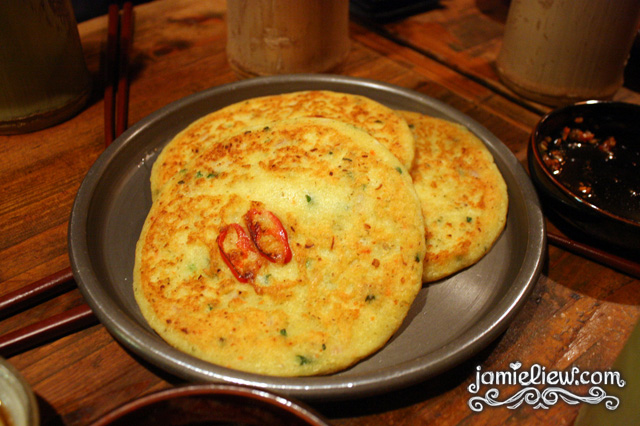 Nokdu-jeon (12,000won). green pea pancake? I think. it was SOOOOOOOOOOOOOOO GOOD. I didn’t know such greatness exists in Korea T_T. especially good with the soy sauce. it’s something I’d definitely order again the next time I am here. forget about the Modum-jeon (which was already good actually. but this is BETTERRRRR). 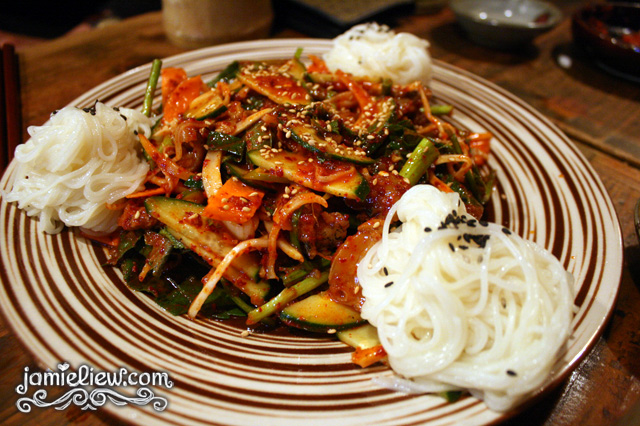 I forgot what this is called but it’s ESCARGOT! (15,000won) with noodles. super spicy escargot. Yu Jin loved this. I like it too but I still prefer the Nokdu-jeon more haha. 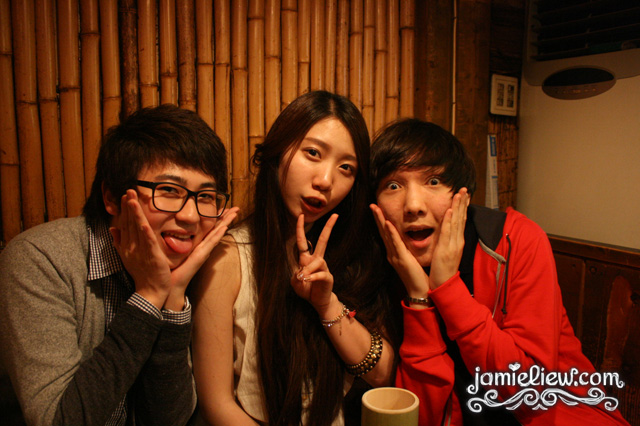 the 2 who came later. there’s also Hyukjin but I forgot to take a picture with him T_T. anyway that’s Matt and Igor! Matt’s my class monitor (senior) and Igor’s currently in Yonsei’s Underwood International College. so he came from Incheon!!! <3. my class monitor is one of the greatest people I’ve ever met. a person of chivalry and pride. social butterfly and good in studies. he’d always organized events and is the MC in any event. super gobsmacked by how he can balance everything so well.

I was already a little drunk after 2 cups of makgeolli. their cup here is huge. it’s like almost 1 bottle of makgeolli T_T. and you get drunk faster on makgeolli. it’s true. but ah~ such a good life.

No reader wished you cause you make them (me) look old. Blardy hell I’m 28 okay!! Ok-la.. so wish you a belated Happy Birthday and Wish you continue to enjoy the good life, good food and good company in Korea! 🙂

happy belated birthday jamie~~ argh~~so wanted to be staying & studying in seoul but i m too old to do that >.< miss uni life~~ anyways enjoy your life in korea~~ post more photo for your awesome blog.=)

생일축하해…
Surprised to see my senior there though… Hwong….

shut up at being old. lol

Hi Jamie, Happy Belated Birthday~~ <3
Having exams this week, and reading your blog in this tiring week is such a contrast.
I enjoy reading even the older post :)))
hahah~~
Well, make a wish and ENJOY ^^

Happy Birthday Jamie, my most loved blogger.seriously 🙂 ur post made me soo hungry and i havent had dinner yet :O one thing though, did u guys managed to eat finish the food? 🙂 just curious.heheh

Hi Jamie!!
Happy Birthday! I’m really happy you had an Italian dinner for your birthday!! I’m glad you like Italian food!! That pasta should have been called “Fusilli al ragù”!
..you’re still young! ..and I feel childish too, even if I’m 40 already!! 🙂

Happy Birthday belated. I’m your blog reader so often. I had same birthday month as you. I don’t know exactly date of your birthday.

Happy Belated Birthday ^^!! May you stay healthy always..haha.. really want to try those yummy food sometime..hope i am able to visit korea soon..

Happy belated birthday Jamie! A diehard blog fan of yours from malaysia! 🙂 love your blog to bits. Do reply your comments! You don’t seem to, maybe because you might be busy. I really want to study in Korea, I do hope you give some suggestions regarding to that! 🙂 happy 21st again! Love from your home country!

Sorry about that… Happy birthday Jamie… we are of same age.. (believe me you are not the only one who is childish):D
The guys you are with are all good looking .. hahahahahaha… well, I happen to notice them since most of the people you are with during your birthday are guys,, 😀

p/s: i’ll be going to seoul on august, hope to bump into you somewhere on the streets :p

Stumbled upon your blog doing research for my upcoming trip 🙂 and still going through the list of your recommended places! haha
Do you remember the name of the Makgeolli place you went to on your 21st birthday?
Would love to try the Nokdu Jeon :9 thanks!