to you who’s visiting Seoul within this week : you’re in luck!!! because it’s the Buddha’s birthday next month and Cheonggyecheon (and well, most parts of Seoul) is decorated so prettily. 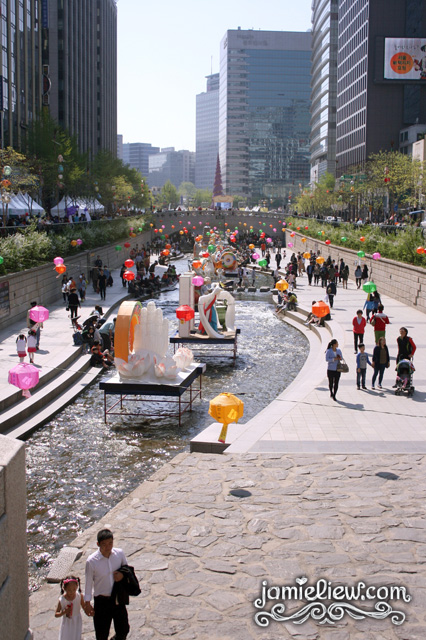 pretty no? even prettier at night. but I have lousy camera skills T_T my night shots were horrible. 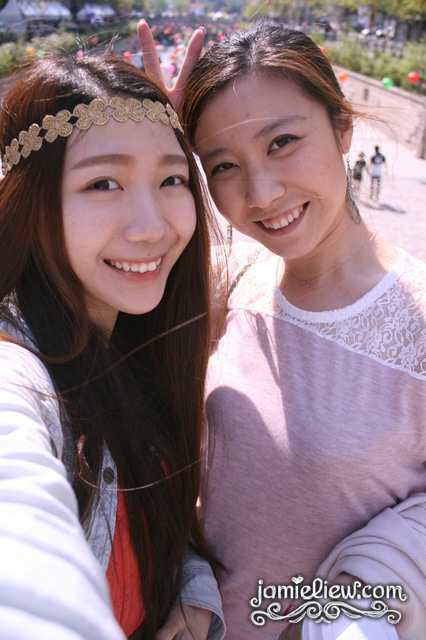 attended R-16; a 3-3 B-Boy dance battle competition! with Cassie =3. my friend from Hong Kong! odd thing is that I do not seem to hang out with Koreans much. what’s wrong with me?! T_T. Koreans, come lets hang out =S. 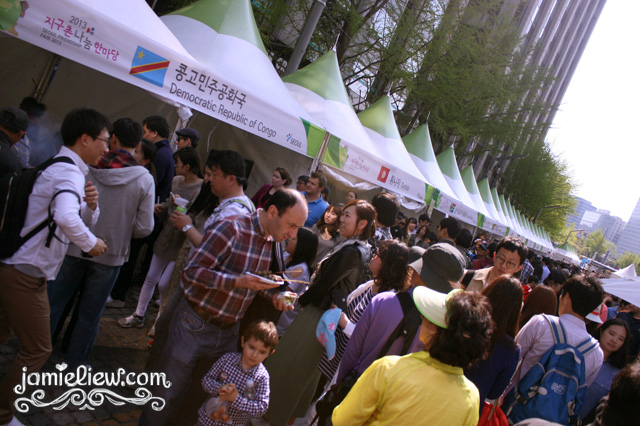 and by luck, there was this Hi!Seoul festival going on with food from ALL OVER THE WORLD! which is awesome. because I long to try food from everywhere. I am normally thrifty but I splurged on street food that are not worth their price on that day. 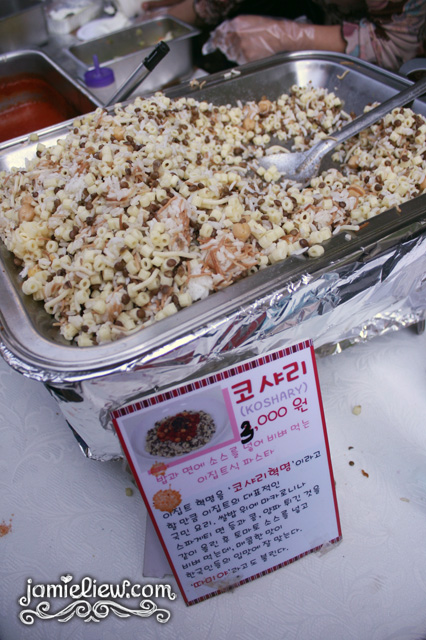 some Egyptian food consists of pasta, rice and some nuts or whatever bean they are. and a nice yummy layer of ketchup topping it! 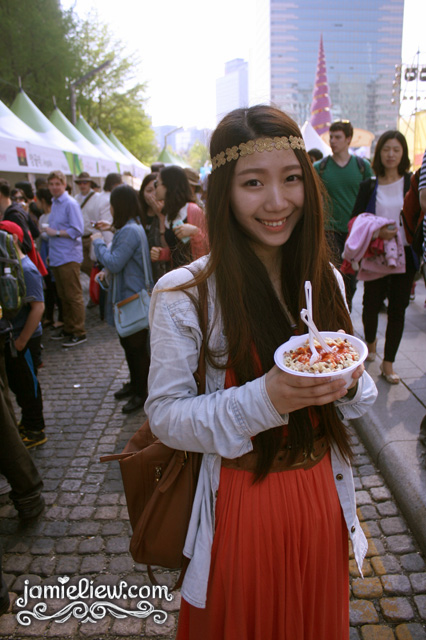 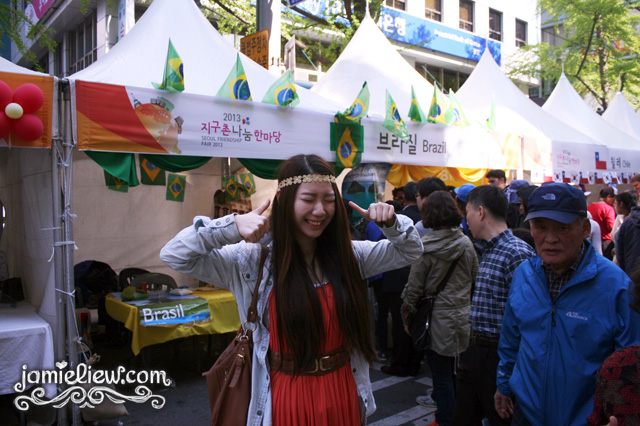 because we had many Brazilian friends. surprisingly, there are a LOT of Brazilian born Koreans. 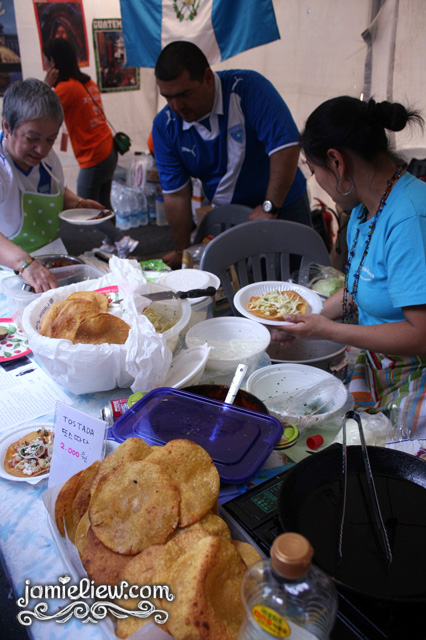 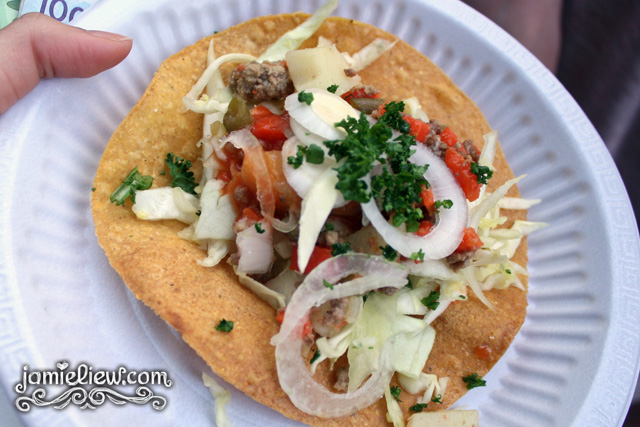 it was.. very Latin American. what am I saying. this is the first time eating Argentinian food. but I can say it isn’t very well suited to Asians. but it’s not bad really. =3. love their garnish though. nothing without it hahaha. 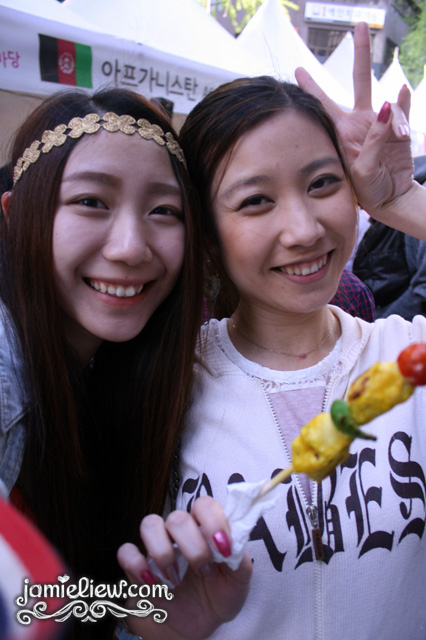 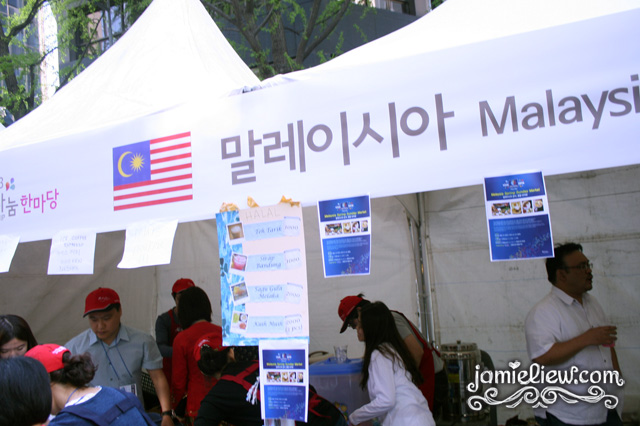 AND MALAYSIAN FOOD! when I went there i suddenly felt like as if I am in Penang. but 5,000won for Nasi Lemak that costs less than RM3 in Malaysia? no thanks. =S. 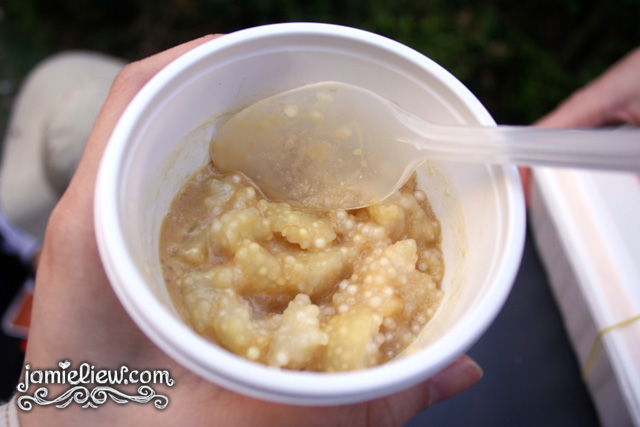 we bought some nasi kuning with some sweetened Malaysian curry. it was pretty Malaysian but not very good. but good because I hadn’t had it for super long. anyway they gave us FREE sago with gula melaka! =3. my HK friend couldn’t accept it. she thinks that it is very pungent but… oh well less man more share =P. 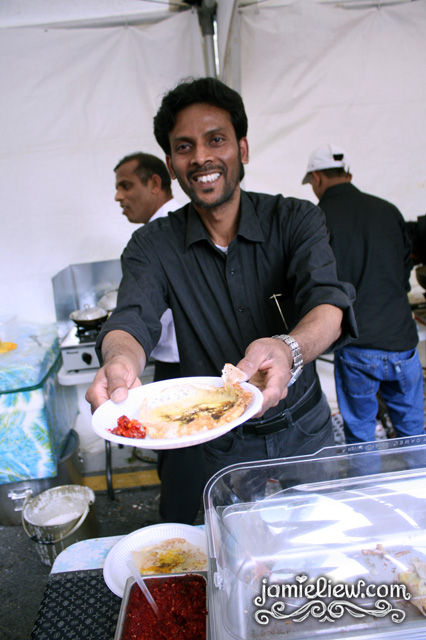 I DEFINITELY WANT TO HAVE THIS AGAIN. SOMEBODY, PLEASE OPEN AN SRI LANKAN SHOP HERE SELLING THIS EGG APOM! 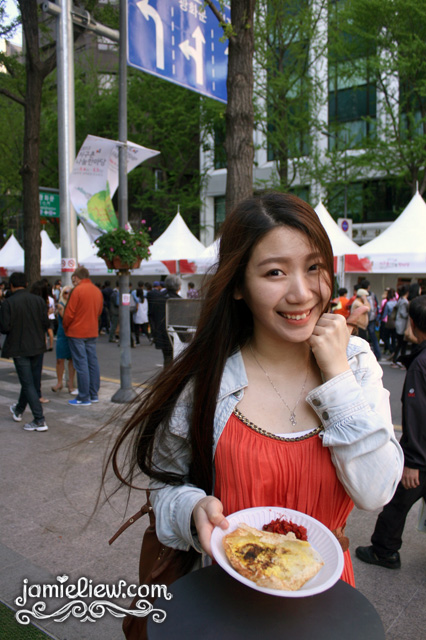 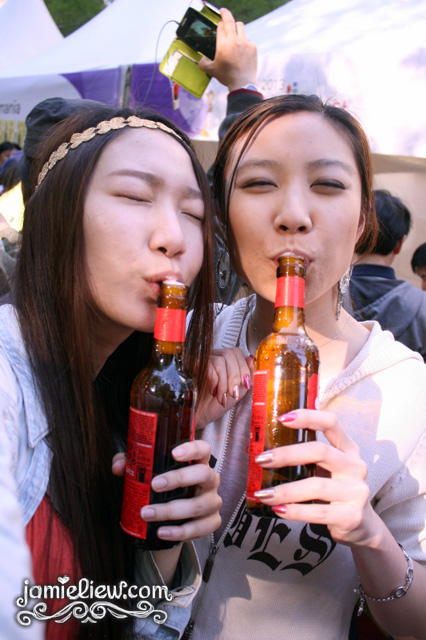 the day wouldn’t be complete without beer. can’t see in the pic but it’s Estrella from Barcelona =P. nyam. 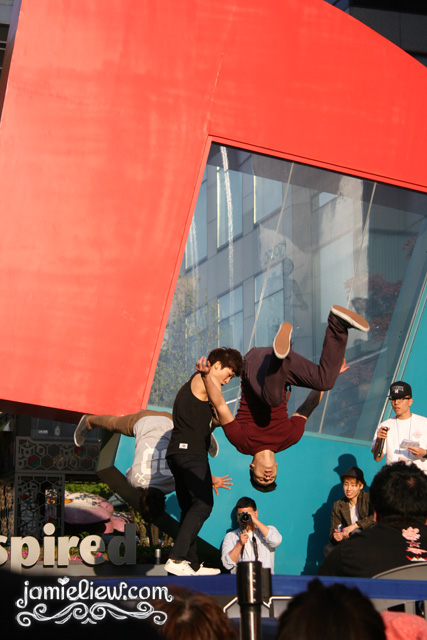 and so we went back to check out the semi finals and finals after filling our tummies =3. this is the winning team! I have predicted that they will win. and I am so right ahhahaha. oh well, they were really good. and they stood out! 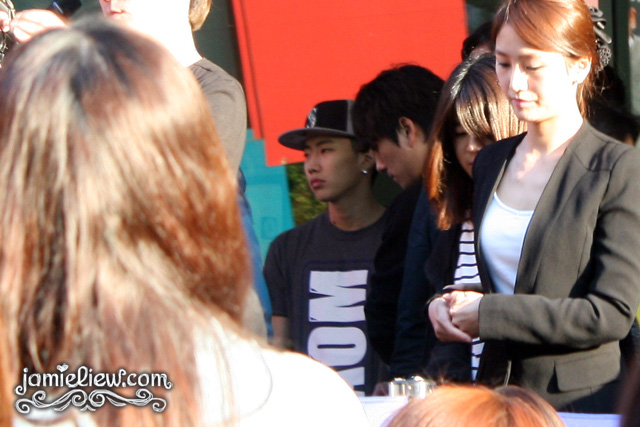 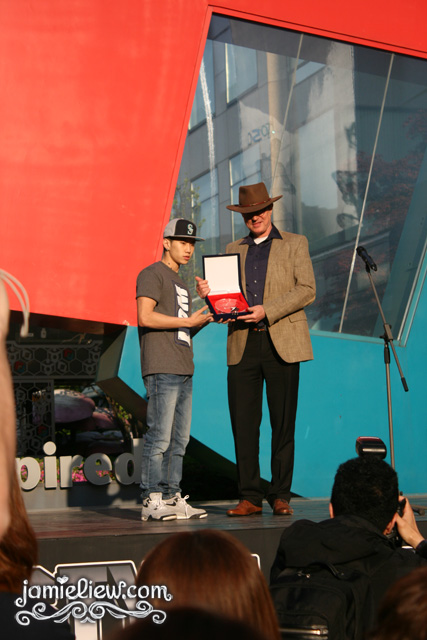 he was the ambassador for this event though he did not do anything. and that’s the chairman for KTO. he’s white, speaks Korean fluently and is super tall. it’s not that Jay Park is short. OKAY?! 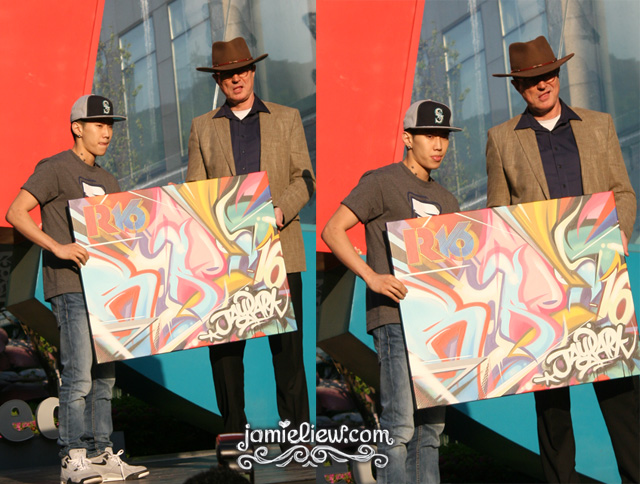 Jay Park sticking his tongue out. I took like a thousand (ok exaggerated.) pictures of Jay Park but it’s mostly all personal so.. =P. 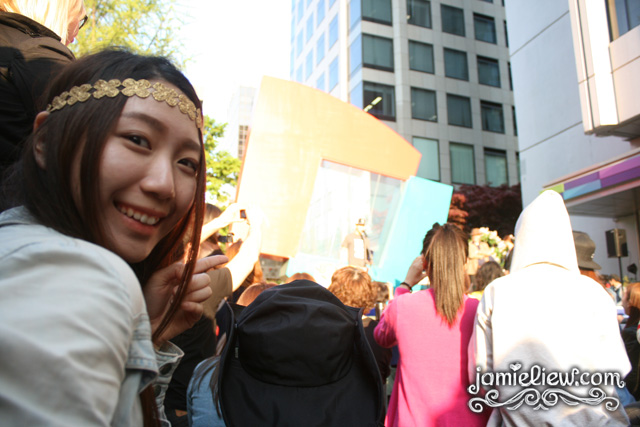 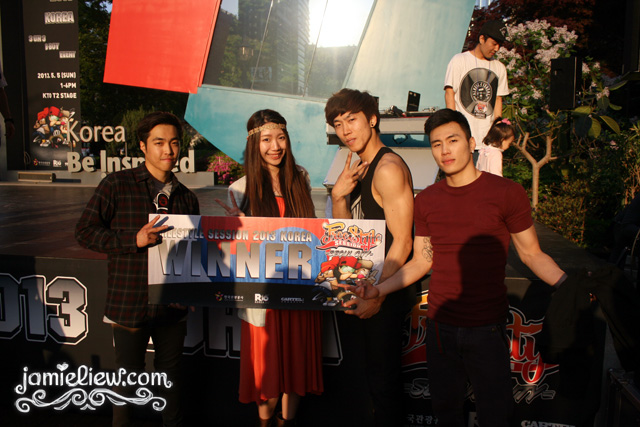 a picture of me and the awesome winners. okay I have to admit Jay Park was not too tall. he’s about the height of the tallest guy here. and I was wearing flats.

but Jay Park is still awesome. no matter what. 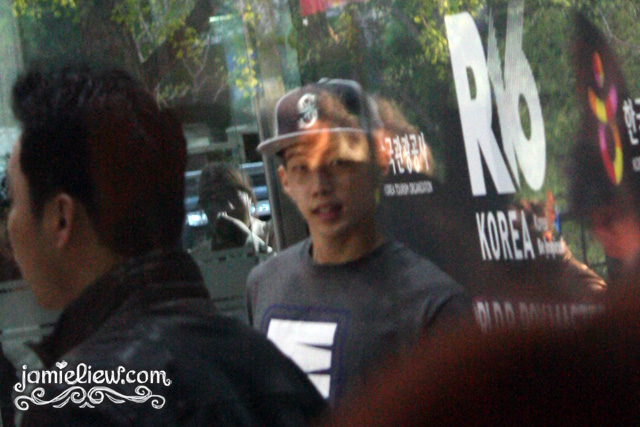 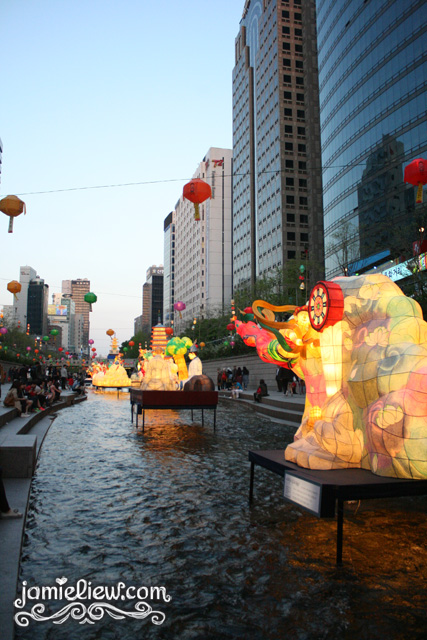 Cheonggyecheon in the evening =3. pretty, ain’t it? 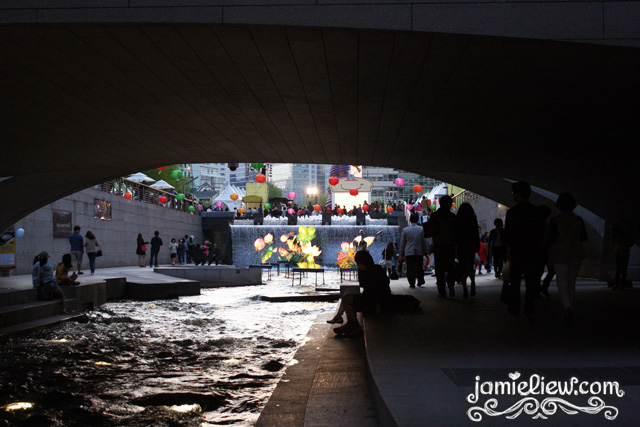 perfect spot for dating. no joke. 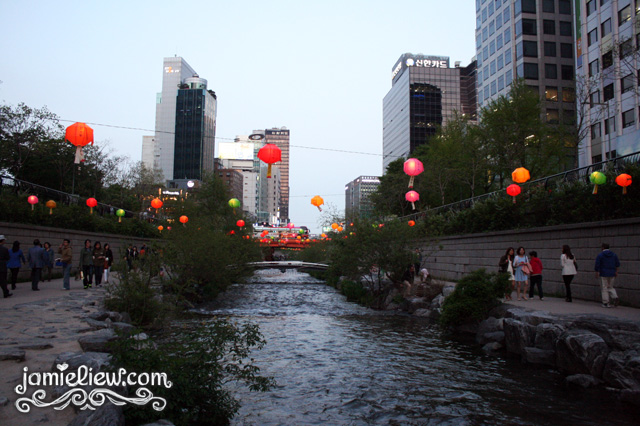 and a little later. 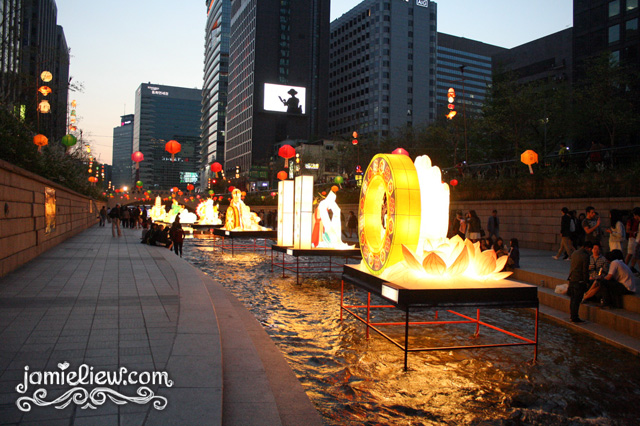 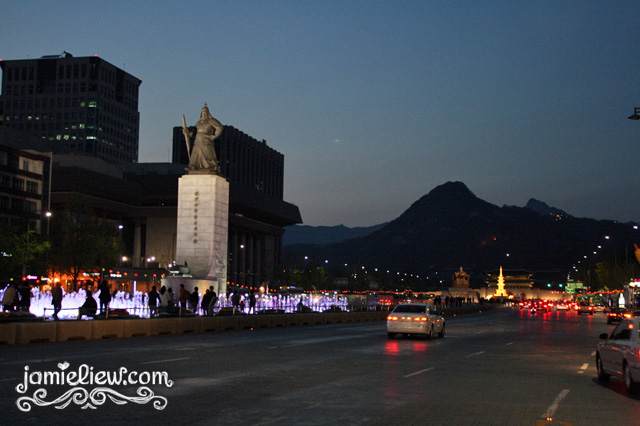 Gwanghwamun, the place where this scene in Iris was shot at. 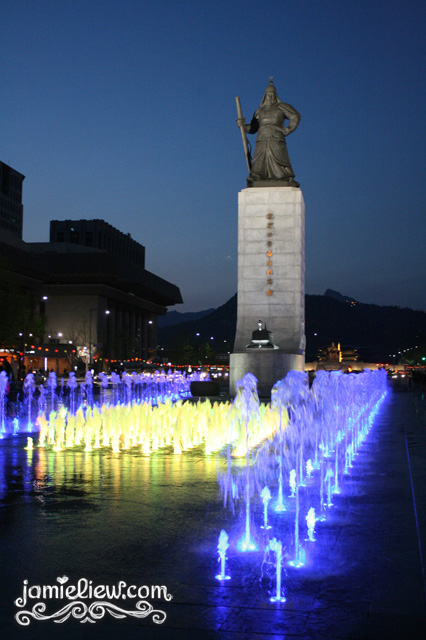 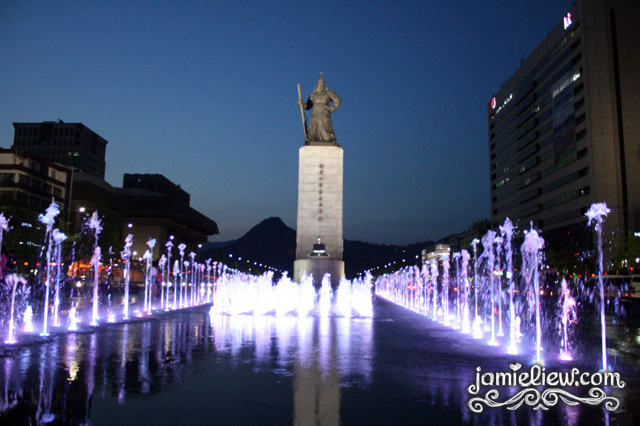 it keeps changing colours. and it’s so pretty. I just hope I had a wide angle at that time T_T. 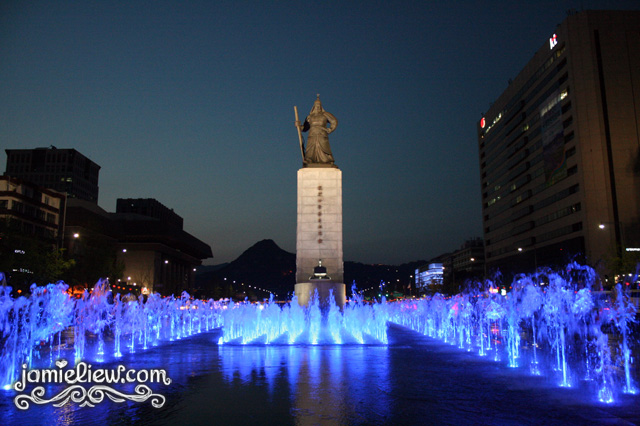 okay that’s all for now. you guys should really visit Gwanghwamun for this. it’s prettttty. I think the fountain comes on every hour or something. I’ve seen it a few times, but it is not always there. =S.

Jamie 😀 I emailed you regarding Korea trip yday! Hope it doesn’t go to spam 😉

Was there on saturday….
Actually the malaysian stall is taken care by ppmk….
Some of us volunteer to help prepare the food…
Btw, french hot dog is the best… I think I spen almost rm60 to try street food that day… its crazily awesome though….

So pretty! And JAY PARK! Haha, can’t wait to return to Korea again to visit these places!