it is SPRING TIME!

but like what everybody here’s condemning about, the weather in Seoul IS weird. to be honest. it was pretty hot even two weeks ago. it was like 22 degrees in the day. and you know what? it snow-rained on Thursday. it wasn’t that cold but snowing almost in the middle of April? that’s ridiculous.

it is currently around 1-10degrees from a few days ago till now. 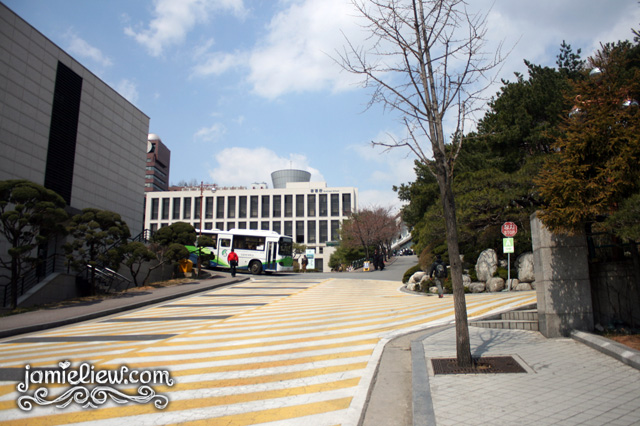 read the weather forecast that today’s a nice sunny day so I brought my camera to school. but it was awkward taking pictures because now I am no longer.. a tourist anymore. I will take more pictures of Sungkyunkwan University when I get more comfortable and when the Cherry Blossom Trees blooms (excuses!). 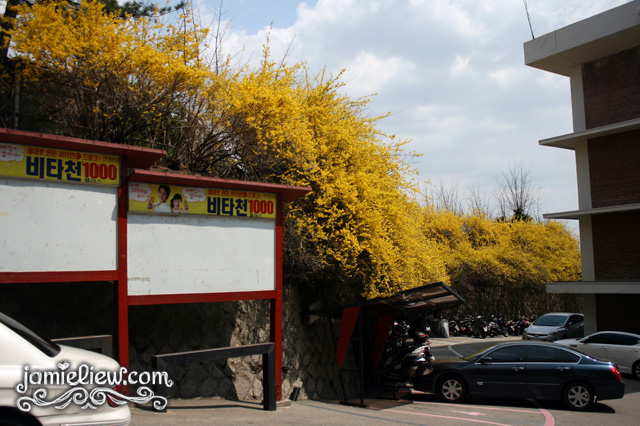 but the real reason was for this. I saw this yesterday and thought these “Kaenari’s” (ONE OF THE FIRST TO BLOOM!) were really breath taking. they were so pretty and I just HAD to take pictures of and with it. my mom was talking to me on Skype the other day and was asking me about these yellow flowers which are now easily seen in Seoul. there’s a hill in Seodaemun filled with these pretty yellow flowers but it was just too far for me to snap a picture ><. 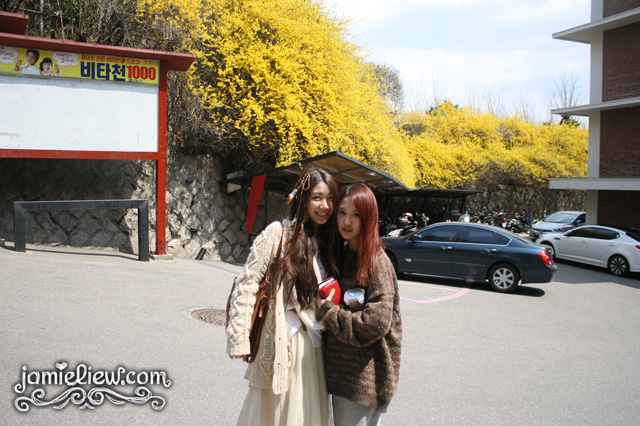 a pretty friend of mine who I don’t actually know how to tell you her name. we call her Jin Leong (Korean name) but if you read her pinyin it’s Chen Ling. like Rainie’s Chinese name I guess? she’s a Taiwanese girl born and bred in Korea so she’s not very much different from a Korean. she thinks that she look scary but somebody, please tell her that she don’t! 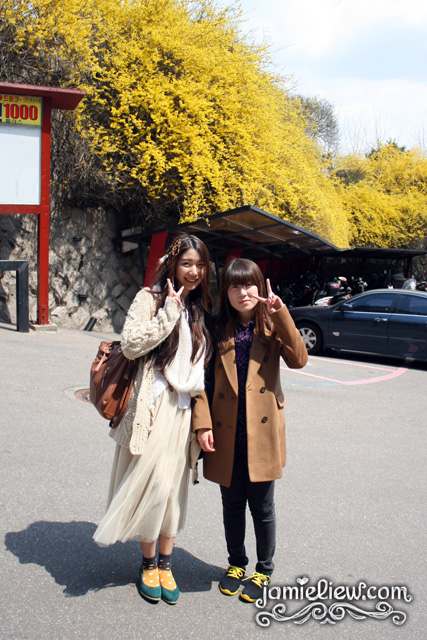 another Taiwanese born in Korea girl. =D. I have quite a number of “foreigner” classes which has a lot of people like them which pulls the graph higher because those classes were meant to help foreigners as their Korean sucks. but these kids can speak Korean just like the Koreans! U_U. le-sigh. I hate the bell graph grading system =/. 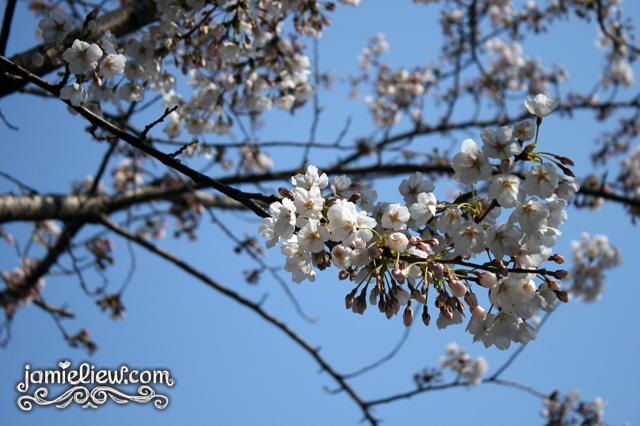 they all say that following “Kaenari” and 1 or 2 other flowers, the next will be the Cherry Blossoms. but this year’s weather is ODD. like, REAL ODD. there are trees which are fully bloomed while most of them are just budding. the weird thing is that some of the trees are not exactly fully bloomed yet but green leaves are growing out of it. the green leaves growing process is supposed to take place like 2 weeks later when the whole tree is filled with Cherry Blossoms and when they start to fall. so I am guessing that this year’s Cherry Blossom won’t be that pretty =S. 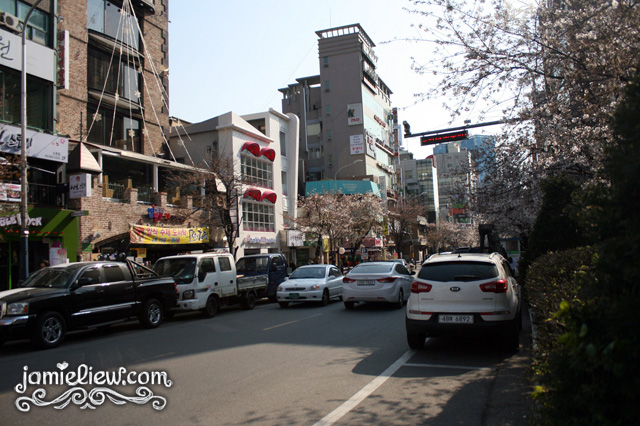 you see what I mean by some of the trees are just BUDDING? from far, they look bald! 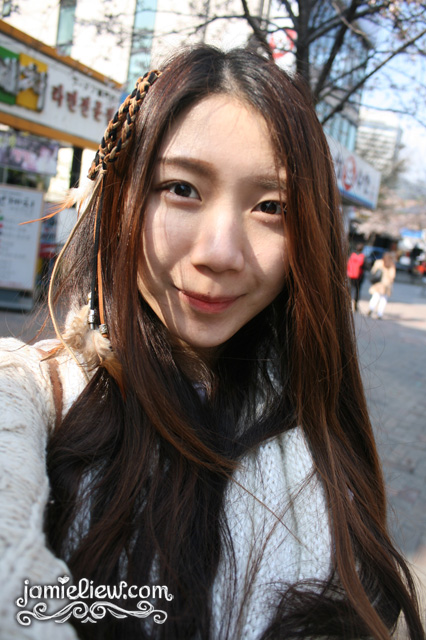 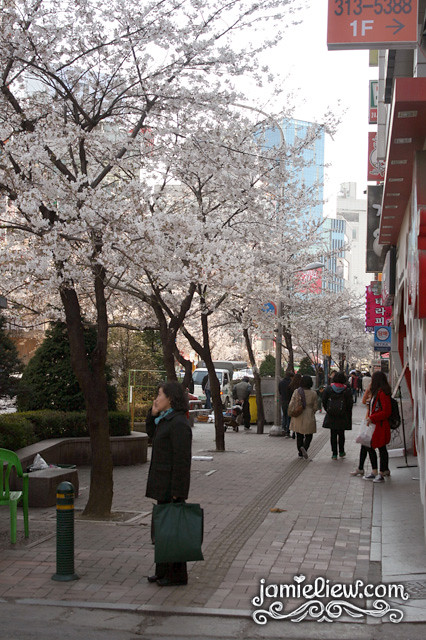 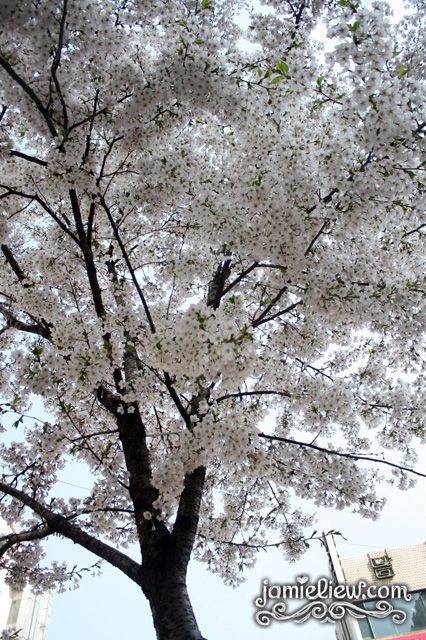 see how the green leaves are growing out already? 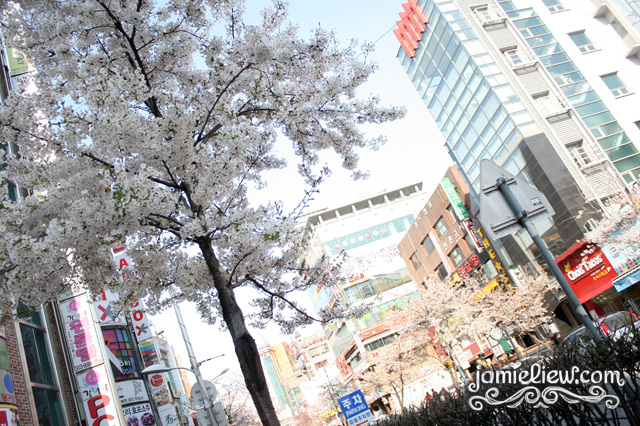 but nevertheless, they are still pretty!

Ya… its really weird even for 1st timer like me….
The weather sure is weird….

Those flowers are just perfect for a photoshoot together with you. Wish I was there!!

Hello! I simply would like to give an enormous thumbs up for the nice info you
could have here on this post. I will probably be coming again to your blog for more soon.