just a week ago I was here in Pyeongchang as it is near Seorak Mountain. but before I blog about my school trip to Seorak Mountain, I would like to share a little bit with you about this fabulous event held in a famous Ski Resort, Alpensia Resort. I thought I was at another country. 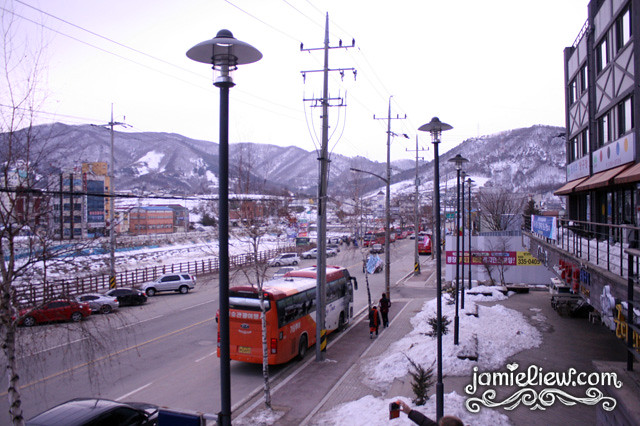 the scenic view in Pyeongchang. mmmm. travelling 3 hours here was definitely worth it. but it’s just such a pity that we didn’t get to go to the beach this time. 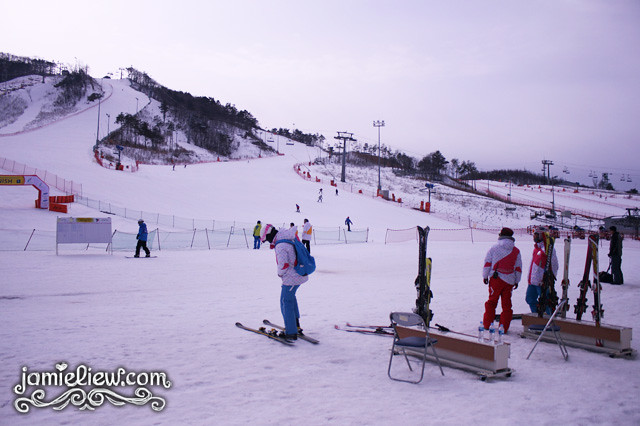 at the resort! 3 different levels, hard, medium and beginner. =D. the beginner is like almost a flat land. and the hard is…. so super duper steep. 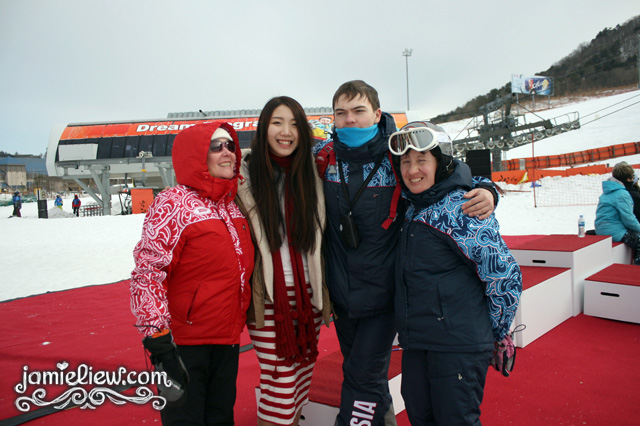 with the Russian contestants! they were teaching me how to say “cheese” in Russian. it was something like “SIIII” and I ended up with that stupid face hahahaha. met 2 friendly Caucasians and they called me the Waldo girl before knowing my name hahhah. 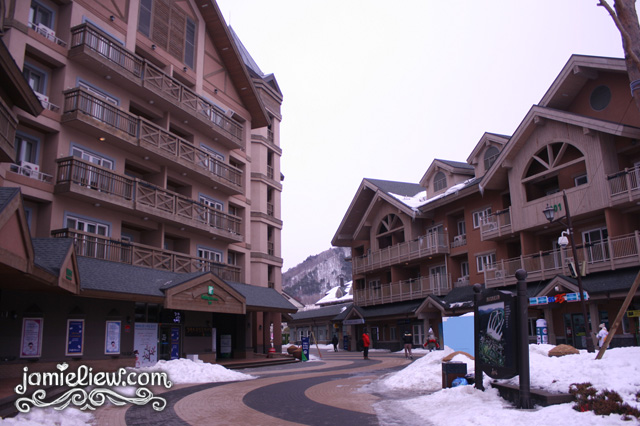 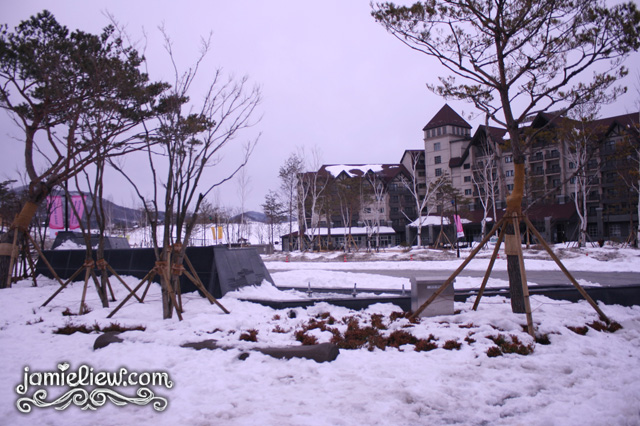 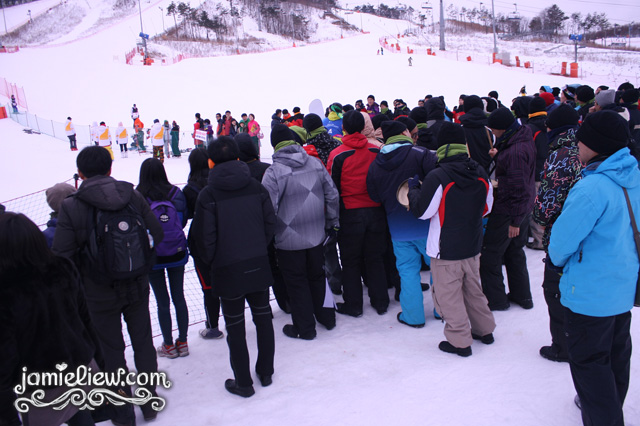 there were plenty of visitors all over the world here to support the contestants! the contestants were “Special” but the thing is, I do not see anything wrong with them, they were all so fabulous and probably better than any of us non-special people. 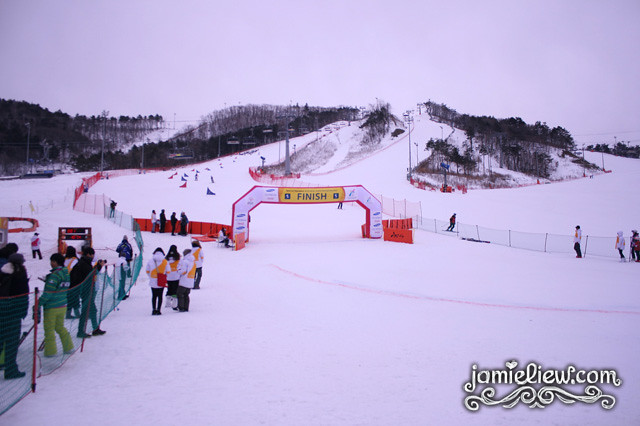 it is much steeper than it look. the cones were very nearby and to ski board it in a criss cross manner, it wasn’t easy. at all. the Russians were the fastest when I was there. completing it at 35seconds! 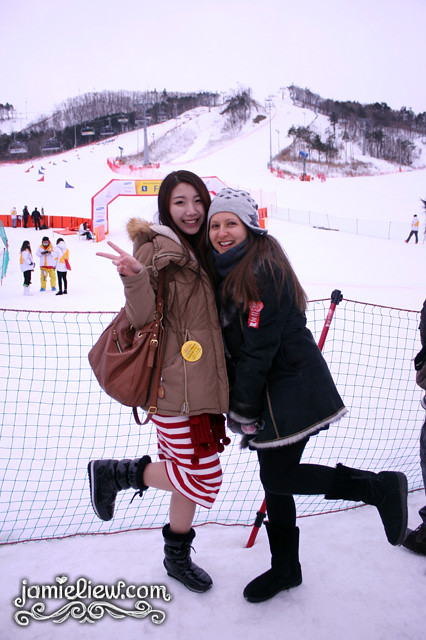 with Marinah from Kazakhstan! she’s so adorable. 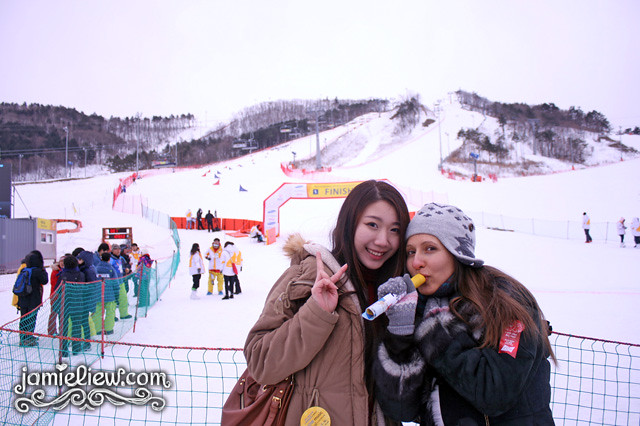 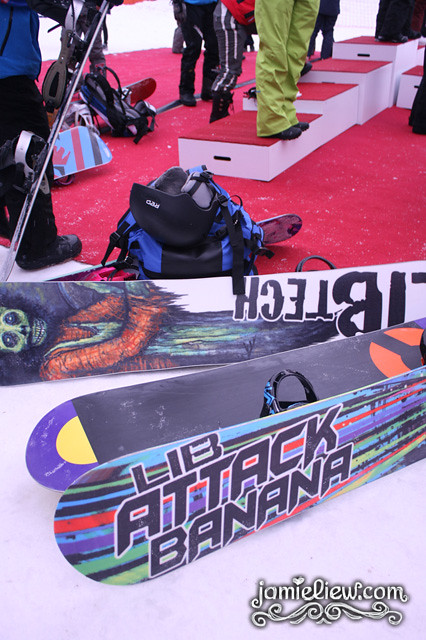 they all had cool skate boards. not like the normal ugly ones you see everywhere teehee. 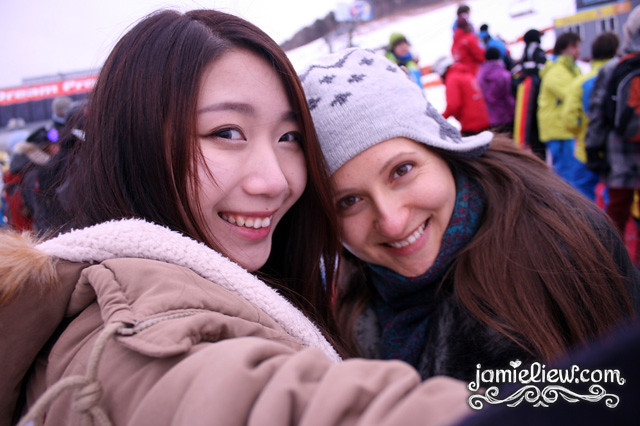 spam =D. aww she’s so pretty U_U. she has a cook blog which is pretty famous I heard! 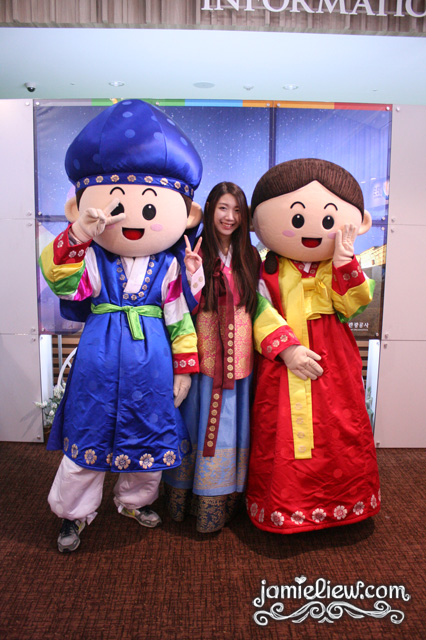 these two mascots were so super duper cute. I was so curious on how they look like. we were fooling around with both of them and found out the “girl” is a guy hahahaha. and they were like hitting each other. it was so funny xD. 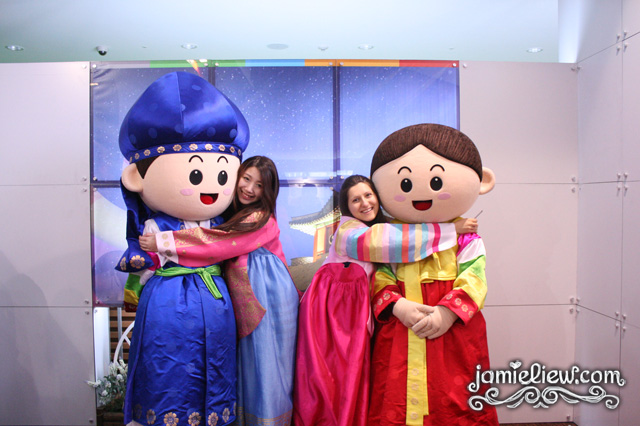 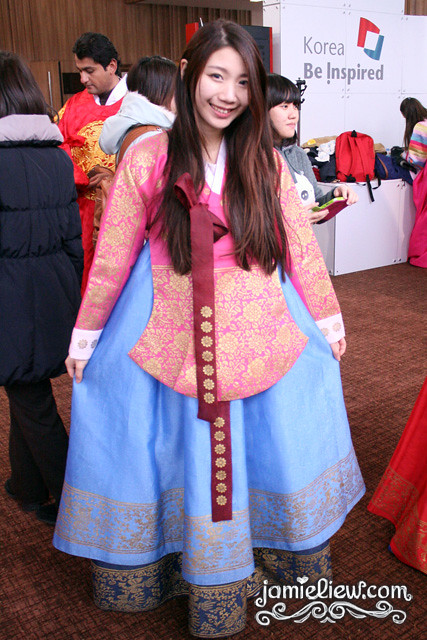 supposed to be clothes for married women but oh well =X. 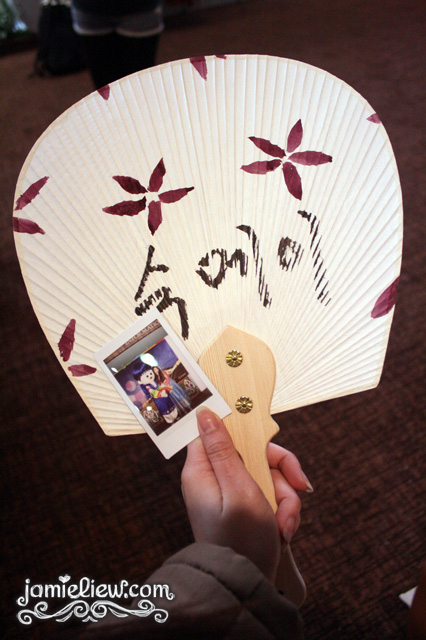 not a fan of my chinese name but they had to make me a fan out of it. U_U. but it is still so pretty. I’ll use it well! thank you KTO! 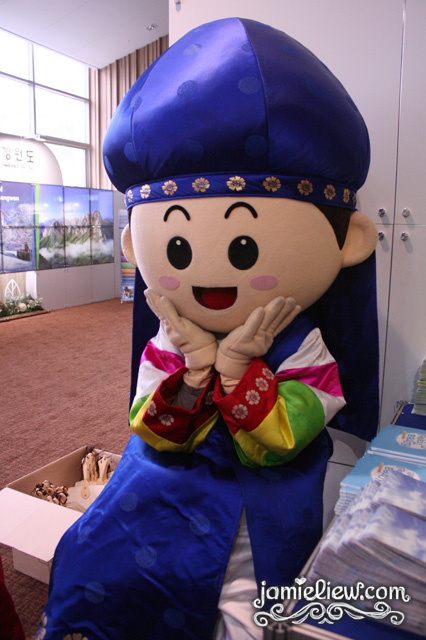 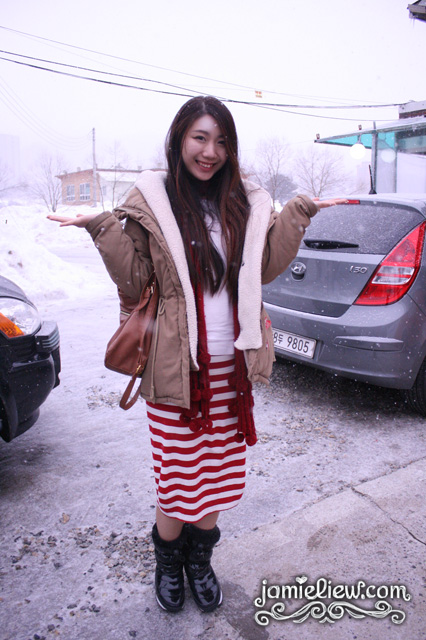 and then it was snowing heavily. I wasn’t wearing any sort of thin leggings at all. =D. bare legs. but of course it was freaaaaking cold. =S. but not too bad because my feet were warm. snow boots 쨩~! 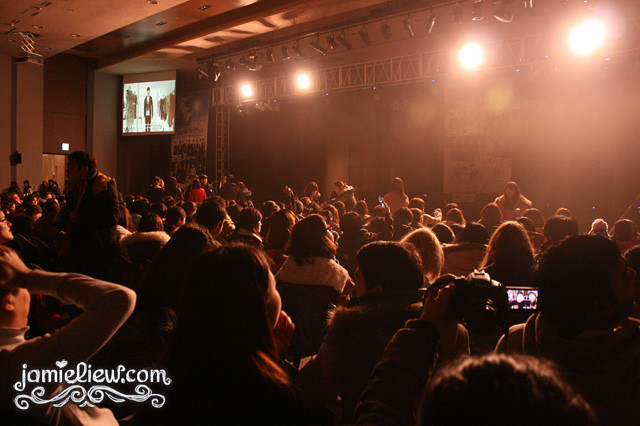 and then we headed to the Winter K-pop concert. I have some pictures of the poster but it’s in my phone and I’m lazy. but anyway, the line up was Ze:a, U-Kiss and N Train (a new group. 6 months old.) who just got back from their Japan promotions. 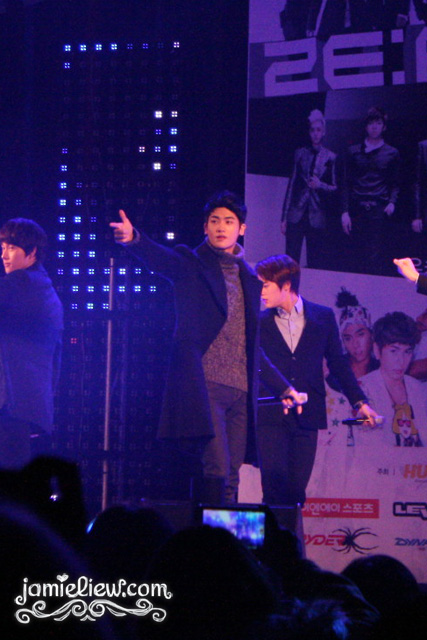 to be honest, I’ve never heard any ZE:A songs before. but I had always stalked Kwanghee and Siwan’s pictures when they attend radio talk shows. =3. Kwanghee wasn’t there and I couldn’t recognize which was Siwan T_T (phail stalker). but this guy above was hot hot hot =D. 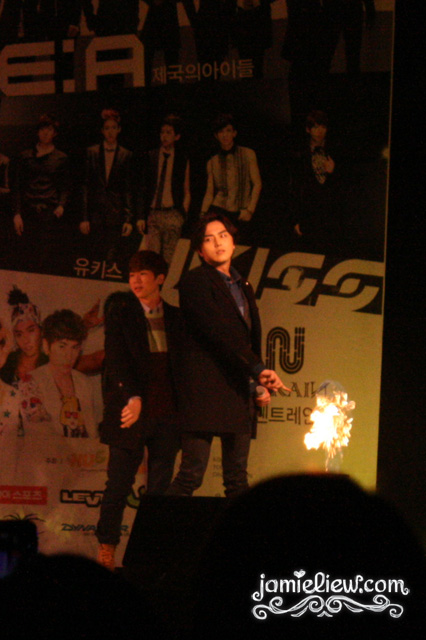 and this guy had such old-school hair but it was some hair to die for. 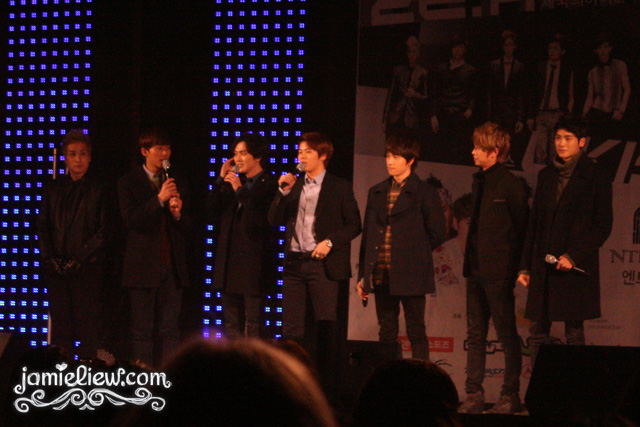 which is Siwan?! which which?! I am guessing the 2nd from the left. hmm? but the guy who had the nicest voice was the guy on the far left. which seemed like was totally ignored because he wasn’t as cute as the others. such a shallow world.

another truth to be told. I don’t think I’ve heard U-Kiss’ songs before. maybe I had. but I don’t recognize any. I am just not that into K-Pop. but after watching them perform once, I’M GOING TO SPREAD THEIR AWESOMENESS! 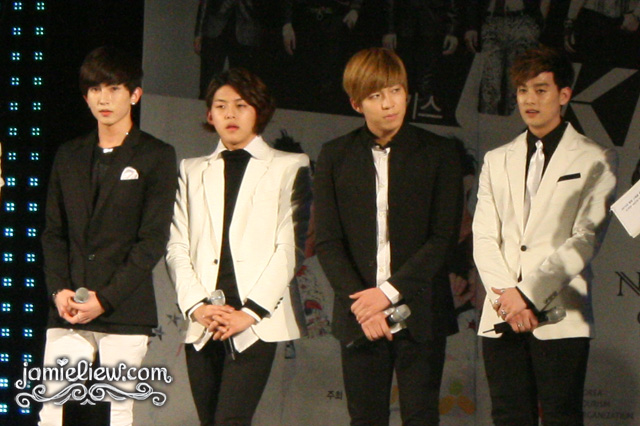 I still couldn’t recognize most of them as it was my first time seeing them (despite meeting Alexander twice and had a long long long talk; around 5 mins whom was awesome) and hearing their songs. it was not bad to be honest. pretty catchy. awesome stage performance; they were such energizer bunnies. and that guy on the far right is called Eli. I’m a fan of his starting from the day I saw him. his coolness melted me D=. and that guy with long hair has awesome hair. I once went up to a HK artist (as in, he draws comics. his name is Johnee =3.) and asked him for a picture because I liked his hair. and it was similar to his. hahahahaha. 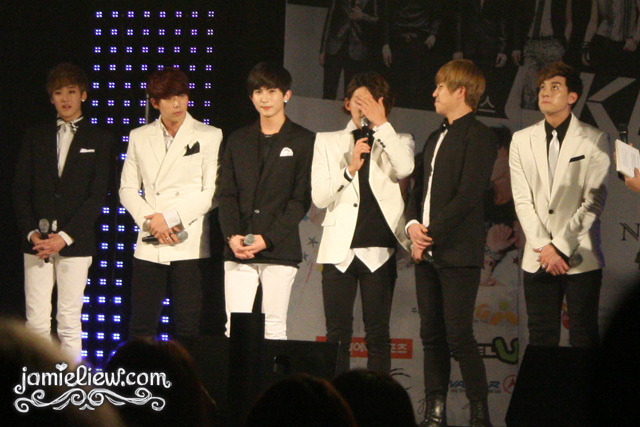 I’m such a troll. Eli’s face was epic. hahahahahhah. and the first guy is Kevin (probably 2nd cutest in the group?). he speaks most of the time. in English of course. this was actually an event organized for foreigners. I don’t think there were any Koreans other than those working for KTO. 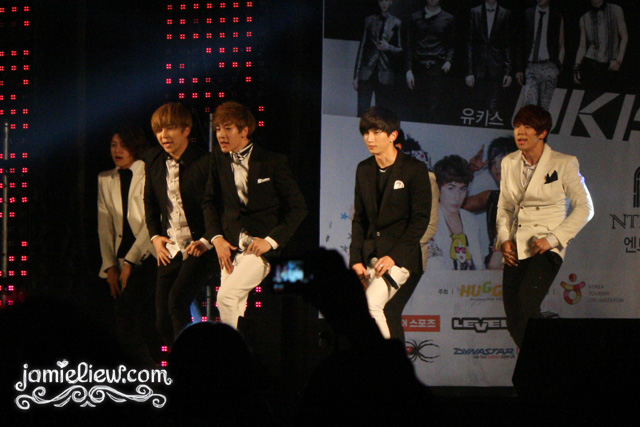 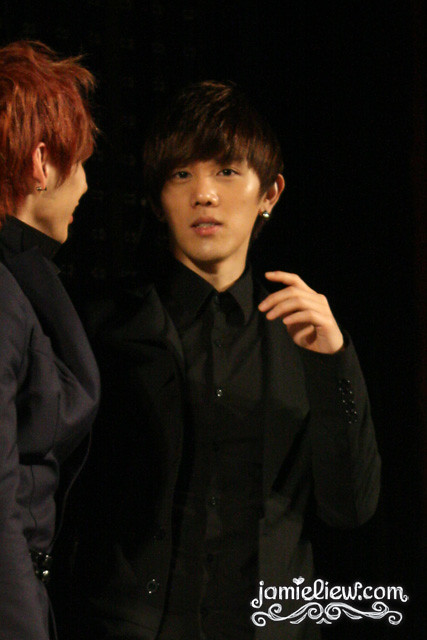 and some closer pictures for N Train. there was a photo session but I wanted to go home quickly before we get stuck in the jam so I just left hahaha. plus I am not a fan so =/. 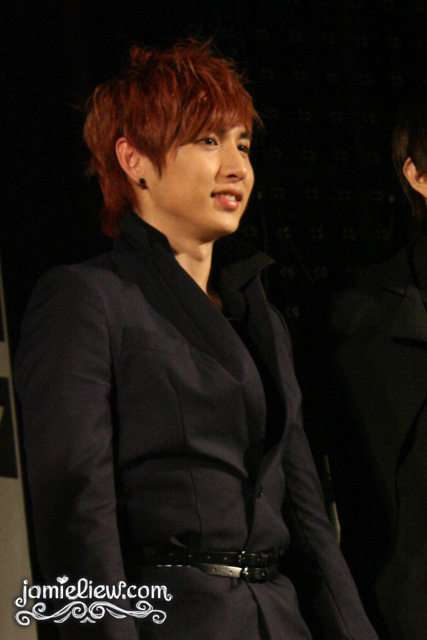 don’t know their names yet =S. 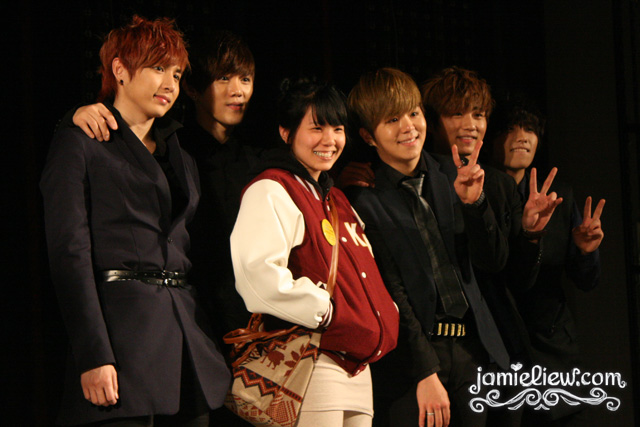 a group picture with a foreigner from Kyunghee Univ. 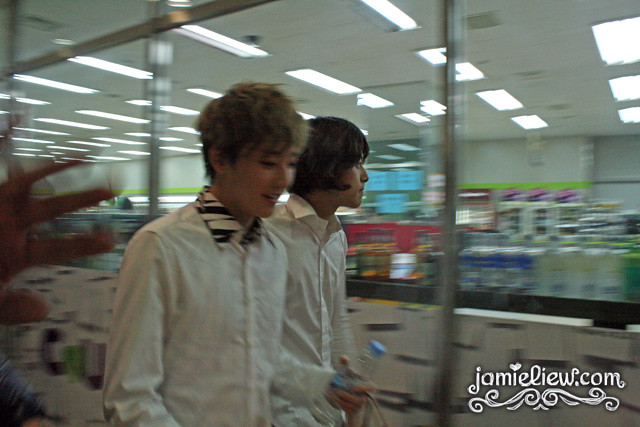 and guess who I saw upon exiting? UKISS! Eli smirked at me. or at least that was what I believed so. only caught Kevin and Mr pretty hair on camera because their aggressive guards literally smacked my camera =_=. guards in Korea uses VIOLENCE. no joke. I heard SM guards are worst. they don’t tell you not to take pictures but instead they slam your camera. if you drop it, it’s your problem I guess. oh well I will just not take any more pictures. it’s just for you guys to see actually =S. anyway! I said hi before I took out my camera and they responded with a pretty smile. but I guess I was like a weird paparazzi who just said hi and then pointed a camera at them. so rude of me T_T.

Alexander is no more in the group:(..the mr. Nice hair guy is dongho..the youngest in the group..

Eli is really cool. Saw them when they came here in our country. My hand was shaking from excitement when I saw them so when I took a picture with them, Eli said to put my hand on his. *swoonmoment* haha! Kevin is too cute for his own good. I just love how candid the boys were during their pressconference here and of course, he was able to translate it in his flawless english. 😀

i went Pyeongchang before also ~~and skiing really hard to learn~i keep fall down >.< ~~ Hyung Sik (ZE:A) have a show in Romantic Idol season 1 ( an entertainment show) ~~ nice to watch ~ is about the idol couple pairing up.

Hi Jamie! Me again! 🙂
I love reading your blog. I am planning to go to Korea in September, I hope you are still there. Your site is bookmarked on my browser and I already listed the URL on my “Trip to Korea notebook” for when the time is near and I need to write my itinerary already. You blog is SO helpful! 🙂

Btw, how did you meet Alexander? He was one of my faves in Ukiss when I was still a fan back in 2010. I disliked them when 2 members left…. and the last photo, the person was telling you to turn off your cam? Why is it so strict in Korea? From where you are from, is it also like that? Because here in the Philippines, its not like that. Stars aren’t supposed so stop their fans from taking their pics… Fans may ask for some photo op, and when they decline, expect that your reputation or image will become negative, no joke. Here in the PH, the fans are more impt than the stars. lol (not in a bad way, but stars just value the fans more)
Last time, Infinite had a concert here and my friend went to the press con, she was even able to take a photo with Kim Myung Soo(if you know him) so lucky! Myung soo even had his hand around my friends shoulder. I BET YOU CANT DO THAT IN KOREA?! haha WHYYYYYYYYYY???

Also, that N train Photo op, if that was Infinite, I’d wait in line forever. haha. I waited in line for the Infinite concert last month for 9 long hours just to see them perform 6 songs in about 20 minutes. :/ what an Infinite fan I am! haha

Hi Jamie! Could you make a post on how you maintain your eyebrows, maybe also where you get them shaped if you don’t shape it yourself? Thanks!

Woah Pyeongchang really is such a pretty place ;A; We just passed through it and had a stopover, but I was already very amazed by its scenery!

Hahah Actually there was no Siwan in your picture! Dongjun (my fav member XD ) and him are missing it seems :3
And you saw N-Train ;___; I’m really sad that they are so underrated 🙁 I wish they would promote more… T_T (N’aww Yujin’s face is so chubby it’s so cute haha!)
Btw, I really love what almost everything that KTO organizes! As a foreigner, I totally appreciate that they’re having so many events (I know I went to one Tourist office once while I was in Seoul and they had like all those programs eg.: Theater with Pansoori etc.. It was really awesome!)

And. I really love your camera ;A; May I ask what kind of camera you’re using? :3