the annual fireworks festival was held on 6th of October this year. and was for a good long 1 hour something. there were breaks in between each set from various countries though. 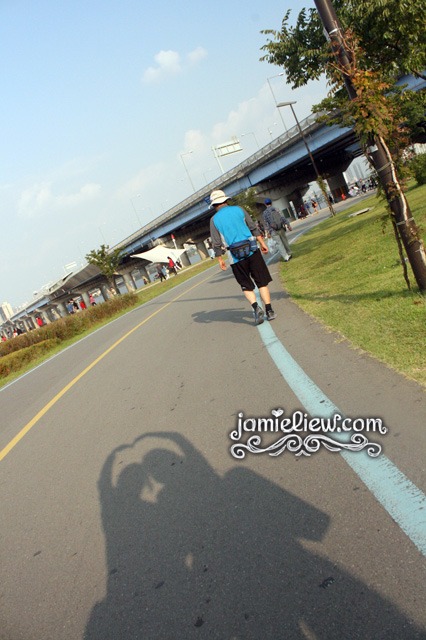 the best place to view it? the Hangang park in front of 63 building. you pretty much get off at Yeoinara station but we took the bus there instead. it starts at 7 something. 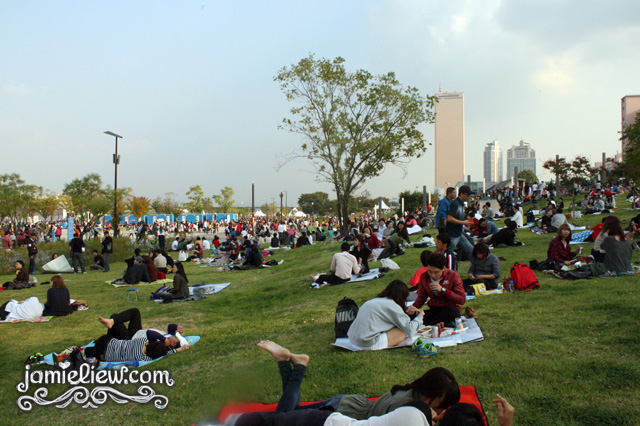 I heard that last year, people were stuck at the station and such so just for good spots as we went as a big group, we went at 3. waiting there for 4 hours. 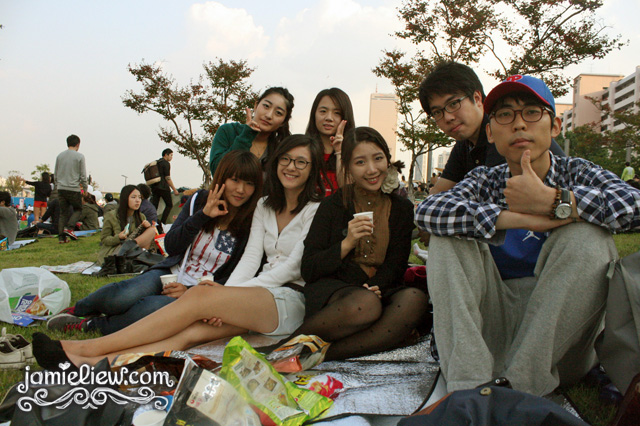 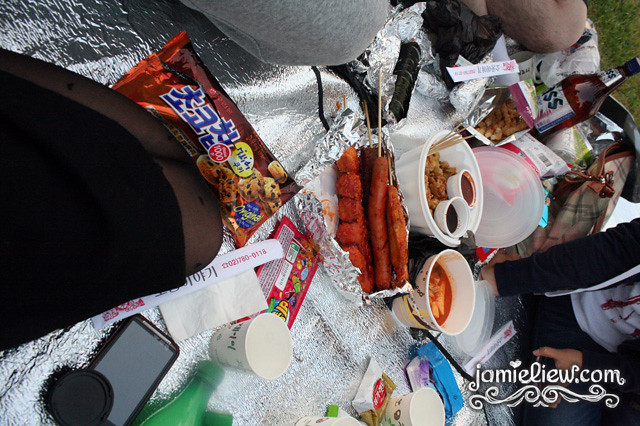 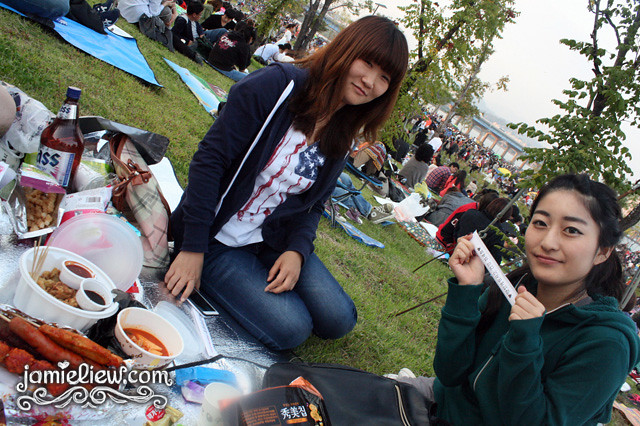 time to eat! =D. at look the place was starting to get crowded before the sun even set. 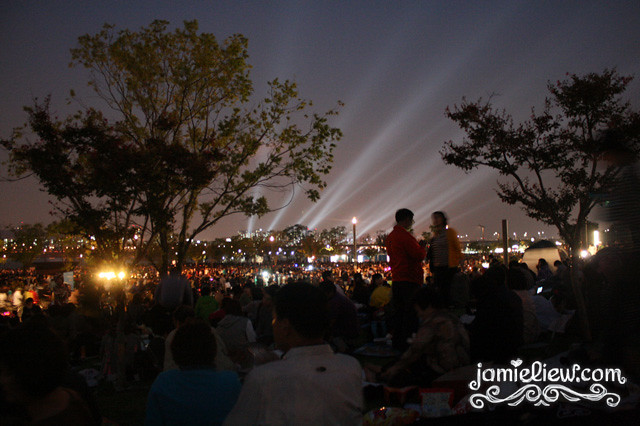 and almost 7pm I guess? it was all dark and there was almost no space left for any other mats. 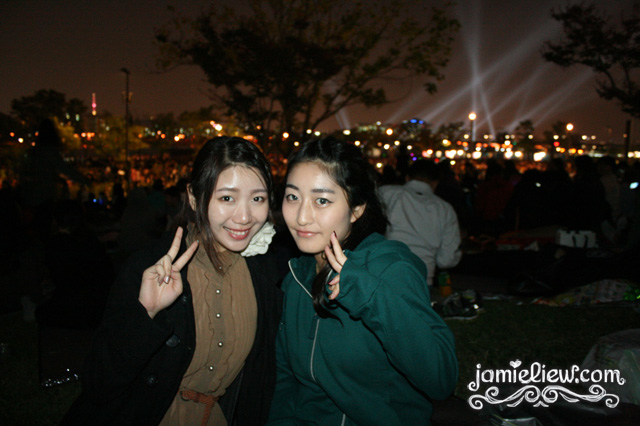 with Megumi! we were obviously not prepared enough for the weather that night. it was SO BLOODY COLD THAT NIGHT. 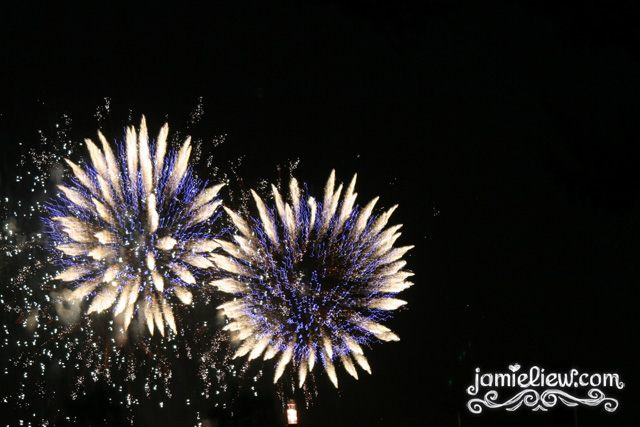 just some really badly taken pictures. T______T. I suck at photography. sigh. but they were spectacular. there were smiley faces, heart shaped ones, those that looked like planet Uranus, falling stars and a lot more. look much better in real life. don’t trust these pictures =/. 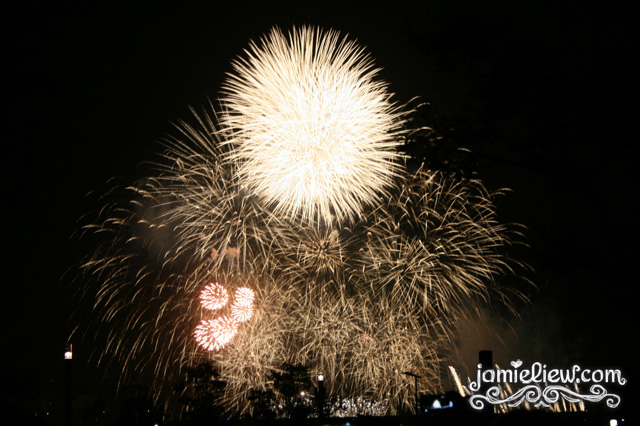 and they were really huge. LIKE HUGEEEEEE. they were even accompanied by dramatic ones at the bridge! 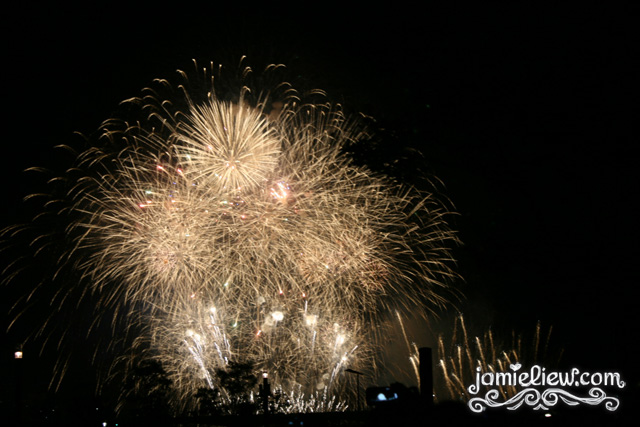 loved these the most because they were huge. so if you’re in Seoul around October be sure to check out the dates online for this festival and try to make it there! but it will probably take your whole day if you wanna save a good spot like me =D. but going at around 4-5will be okay as well I guess.

completely unrelated but since it rained this morning let me tell you about the green bean pancake. it has meat (or you can choose others like vege or seafood, depending on what they have) for mine and I LOVEEEEED IT. it isn’t very difficult to make but they are sold at a pretty pricey price in Korea no matter where you buy it from =/. cheapest would cost around 7,000won but usually 10,000won and above. T____T. anyway it is called the Bindaeddeok 빈대떡 in Korean. have the word ddeok included in it because compared to other Jeon’s (pancake) it’s supposedly more chewy. but it tastes like a Jeon to me except more delicious. 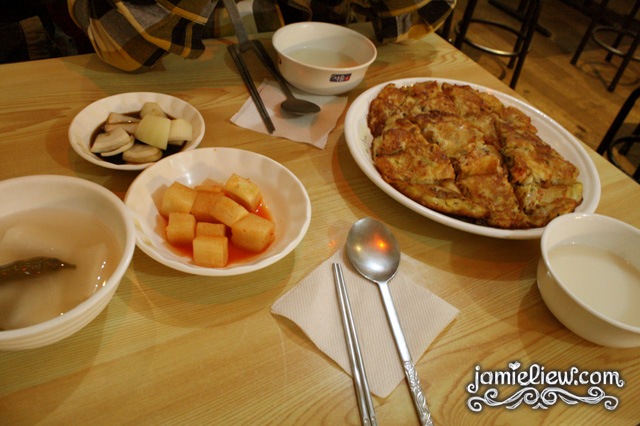 why I mentioned about the rain is because this is the food Koreans think of when it rains. because it sounds like it’s raining when they fry the pancake. (always wondered why not other pancakes too but I shall try making it and see if it sounds like rain pfft. my teacher would bring this up each time it rains). and it goes perfectly with MAKGEOLLI!!! 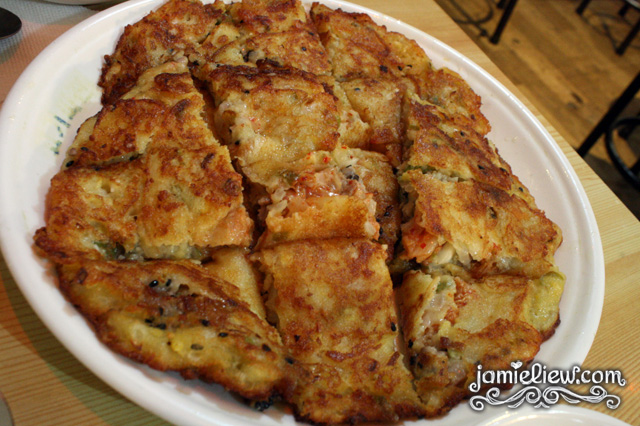 now whenever it rains I think of it too T_____T. even though I had never made it before. I am hungry for it now. crap. I get hungry even though I stuff myself with 2 portions of food. the cold is no joke. all the weight I lost in the summer, I am gaining them back T__________T. going to look fat again. because I am. no arguments.

jamie can you share the Bindaeddeok place location? thanks=)

Hi Jamie, do you have any idea any festivals or events (those kind where idols would perform in hahaas) that would be held between 12-23 dec this year? Or a website that I can visit? I’m visiting Seoul and possibly Gyeonggi-do during this period and would really like to experience sth different! Thanks!!! :))