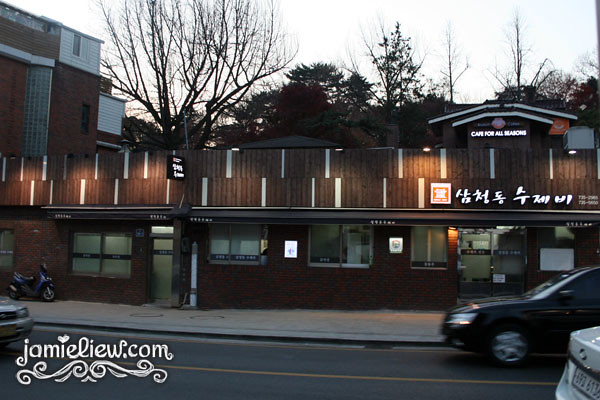 this Sujebi (similar to Panmee in Malaysia) place which is super huge. and famous. finally decided to give it a try. was actually at Jogyesa temple which was near Insadong which was also near Samcheongdong wth. so.. shall tell you a little about this place in case you drop by Samcheongdong and wonder what’s good. 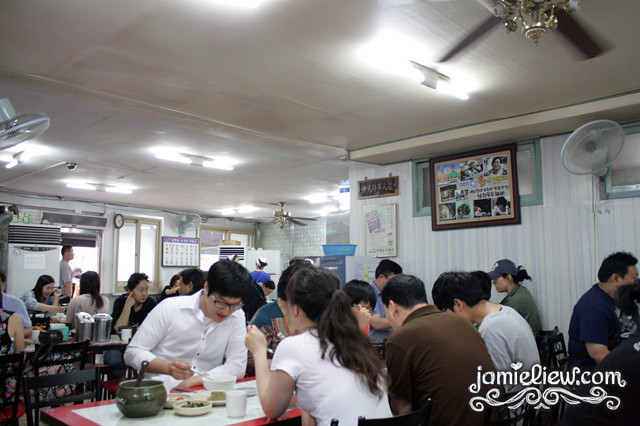 the interior of the place is very old-school. more like a kopitiam for me. but it’s surprisingly packed. this is just a portion. the place is much huger. a lot of seats. 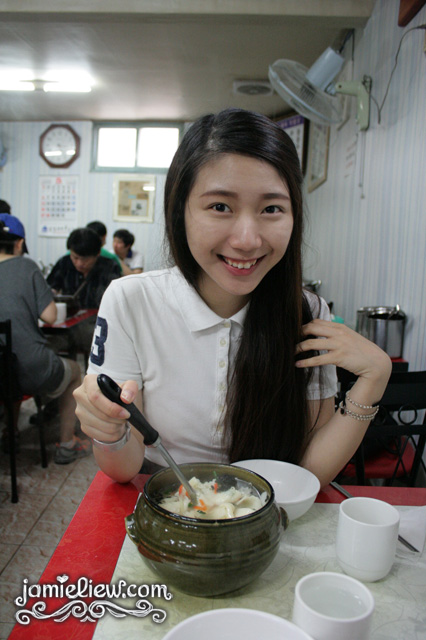 so what do you order? well, Sujebi, of course. and people usually like to eat it with Pajeon (which costs 10,000won for a not-so-huge one. so we didn’t order because we are poor like that pfft) and Dongdongju ( the sparkling makgeolli. which we didn’t either because it was pretty early.) 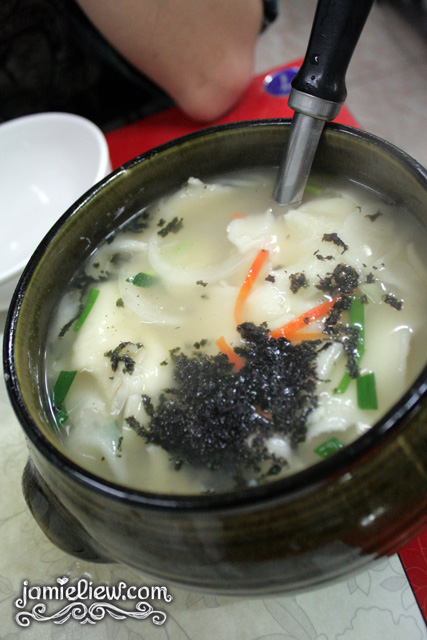 a portion for two. 1 portion costs 7,000won (holy cow that’s a RM20 Panmee!!! but since it’s Korea.. so.. don’t convert and you’ll be fine.) it has quite a number of clams inside. very fragrant. perfect texture as it is not too gooey nor hard. but… not a place I would always go to since with that price I can get awesome BBQ meat. but if you’re there, you should really try it though! but if I am sick, I would love having this =D=D=D. something not too heavy but still triggers my taste buds! 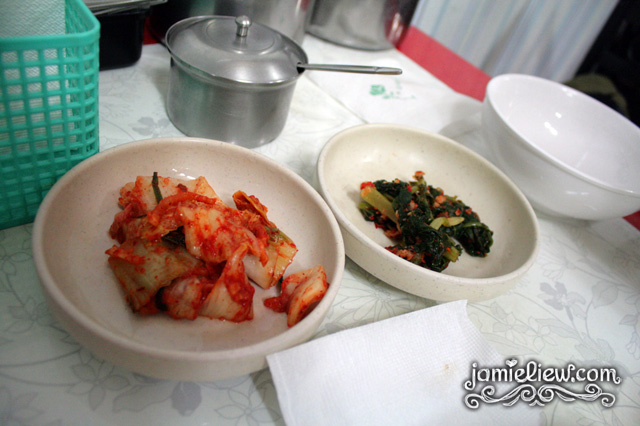 eat all you can kimchi and some vege banchan (sidedish). kimchi’s very good. but you must know that you should only take what you can finish. 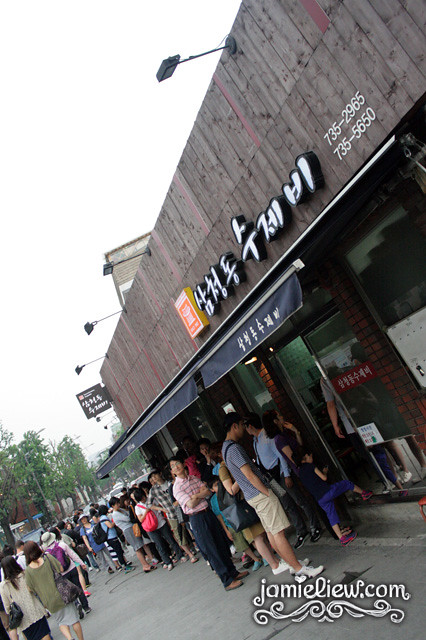 I was glad I went early (maybe around 530?) because after we ate the queue was THIS LONG. maddddddddddddddness. despite having so much seats. 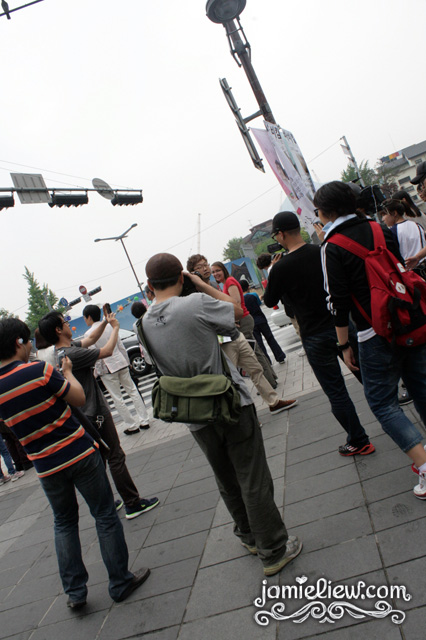 and by the way, while walking to Samcheongdong we saw this celebrity (?). not sure who he was but everyone’s following him like how you’d see in drama’s, a group of fans following some superstar. I guess he should be a comedian but he was running around. it shouldn’t be running man I guessssss……….? shame on me, I haven’t started watching running man D=. 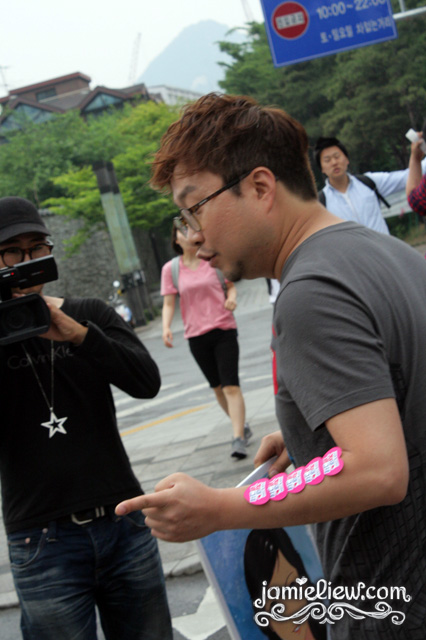 closer picture of him. he was carrying a cartoonie picture of a girl and he’s supposed to find the girl on the streets I think. that’s his mission hahaha.

ah, now i should go google up on sujebI!

hello there! i always enjoy your posts about Korea especially about places to eat but sorry coz i didn’t post any comments until now, when i went to Korea last October i actually went to the BBQ buffet you recommended in Sinchon..enjoyed eating there and the ajumma is really nice. i think that the celebrity in the picture is the guy from dream high 1, taecyeon’s hyung the one who tried to kill himself, the one working in a chicken resto where they performed SNSD’s Tell Me Your Wish..

Dont know who that is, but definitely not a Running Man member! But then again, he could be a guest on RM idk! Anyways, ultimately love your blog! Its aspiring! xxo

he’s park hwi sun hahaa! ah would like to try the “pan mee”