Insadong is known for being Korea’s traditional district and you’d see shops like Starbucks for example in Korean words instead of English because they think that by having everything Korean, it’s sustains the traditional feel of Insadong. I personally love going to Insadong despite the crowd of foreigners especially the route from Insadong to Samcheongdong. it’s just my favourite. 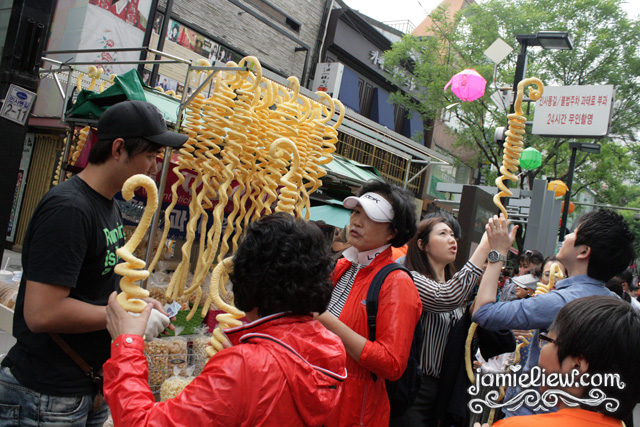 believe it or not, these are crackers. getting really famous there. but I felt it’s a little dirty =S. don’t wanna try it. 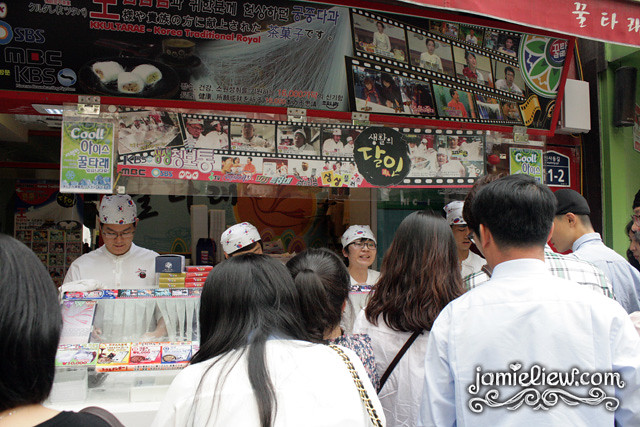 super expensive candies. I forgot what they are called in Malaysia but these are called the Kkultarae here. it’s called “long sou tong” in Cantonese. starting from 5,000won a box. 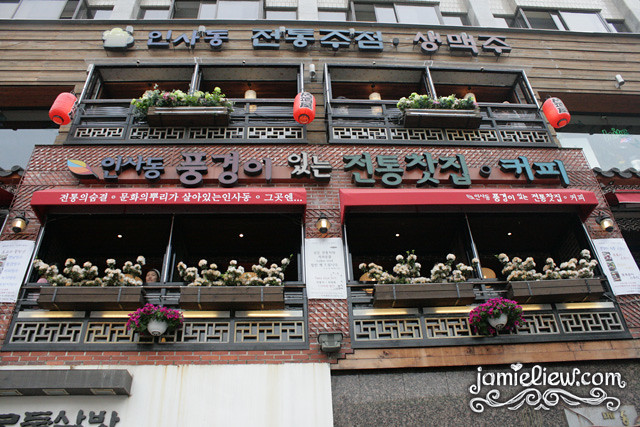 one of the Chat-jib’s opposite where I went to. chat-jibs, pronounced as chaa-at jib means tea house. 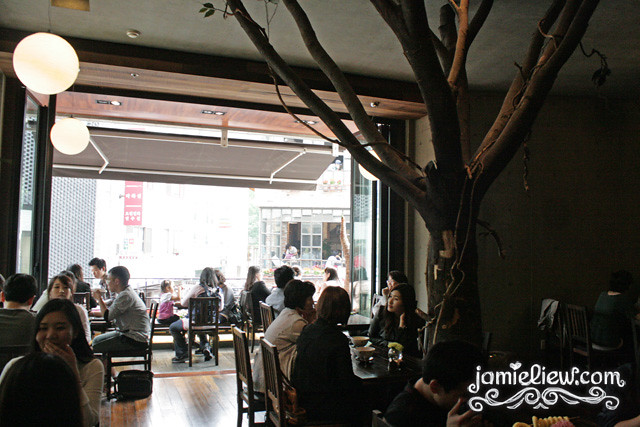 the famous chat-jib I went to. 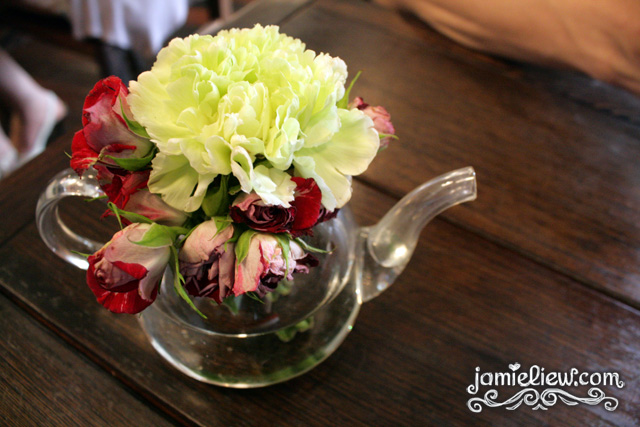 Koreans love flowers. restaurants, cafes, chat-jibs, most of them have flowers on the table. and they are always displayed prettily U_U. so very prettily. 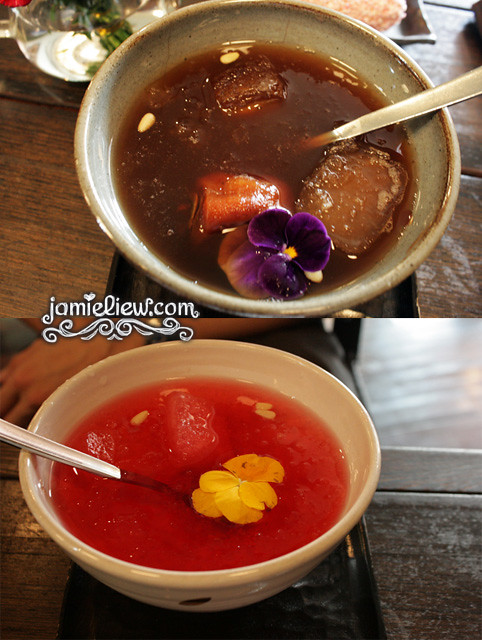 there are even flowers in our cha! (tea). Korean traditional tea’s taste a little funny especially for foreigners but it is said to be good for your health. they are quite costly though. it’s around 7,000won for a glass, that’s around RM20. 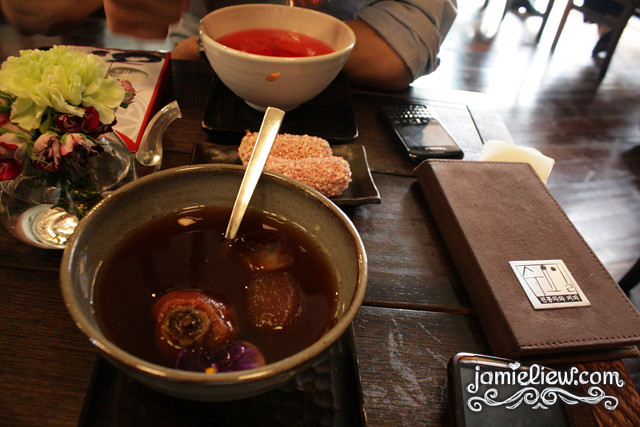 they come with light desserts. they could’ve given more “service” for the price we paid =(. but I guess the rent’s here mad as well. service = free stuff. sometimes you get cookies, cakes and if the owner likes you, they’d give you even more expensive services. =D. 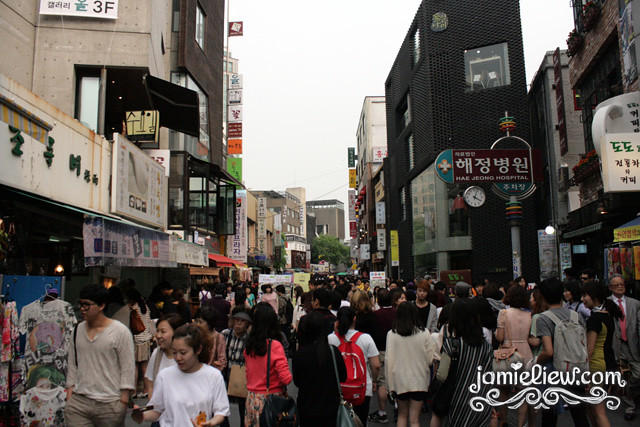 the usual crowd in Insadong on the weekend. crazy ey?

The Kkularae u sent back home hardened like stone already. these candies must be eaten immediately ler…wasted.

I totally agree with the price for kkularae…it’s super expensive..

but very special la the cracker! how they make that kind of shape! maybe u shud bring into malaysia market! hahaha u might be the next chatime! =p

can’t believe that one is crackers weyy! 😀

btw, please support my video yeah! you can find that in my latest blog post! 😀 the number of hits and likes will affect my final assignment marks! thanks yeah!