yesterday I wanted to visit the Art Market in Hongdae and while having lunch, my friend told me..

“no-lah… those weather report aren’t trustable. they said it would snow so many times before but it didn’t.”

I immediately stood up and look outside. IT’S REALLY SNOWING!!! 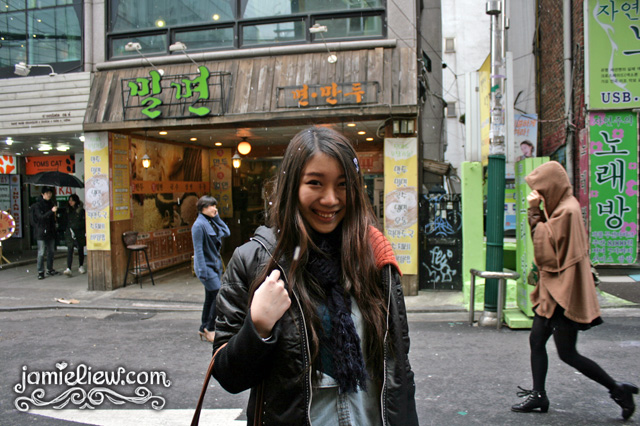 so we quickly settled the bill and head outside. right. I was in shorts! =D. truthfully speaking it wasn’t very cold. like 2 days ago it was raining the whole day and THAT was much cooler but no snow came down pfft.

I always thought snow was light and fluffy but the snow that day melted as soon as it touches the floor. as for those on my hair, they are like bits of shaved ice. =3. 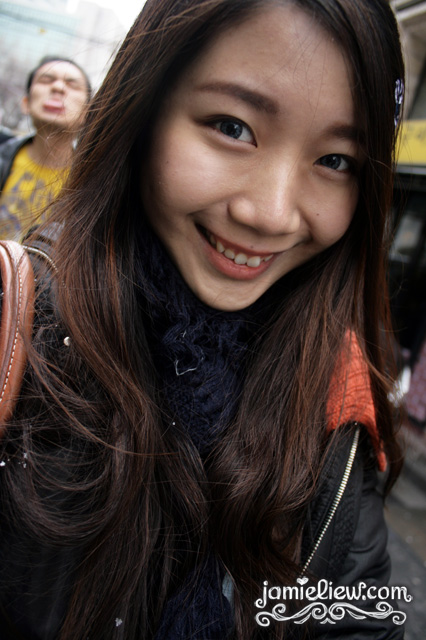 initially I was really sad because I had to wait for another 8-9months to see snow. everyone told me that it’s very rare to see snow on March. moreover, I went almost mid-March. so the chances are even slimmer. but now that I’ve seen snow, I’M SATISFIED =3. 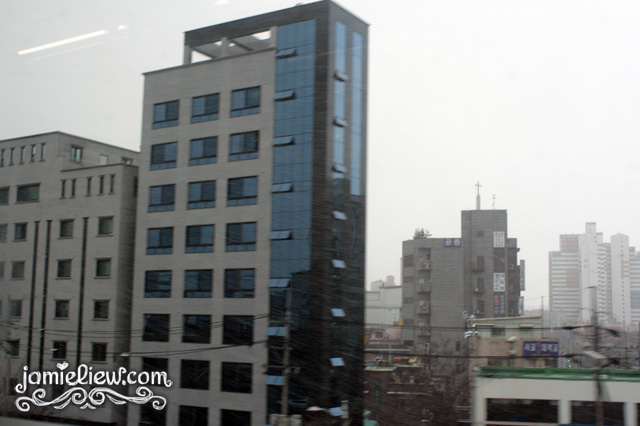 we then took a train to COEX. LOOK AT ZE SNOW. it looked a little like rain. it’s because the weather is not cold enough so the snow do not stay in its form when it touches the ground. so basically it looks like it’s raining. hahaha. 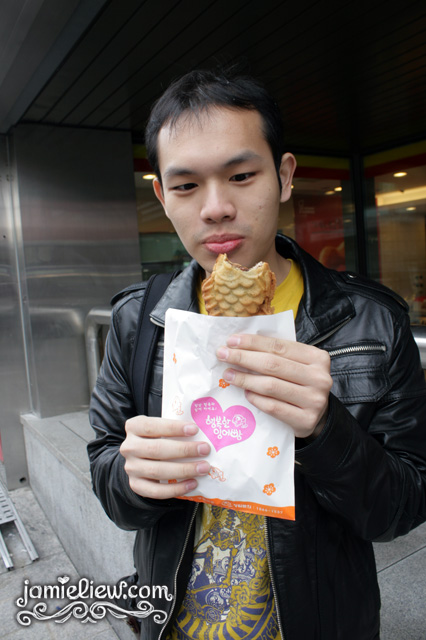 because that morning was pretty warm, Wai Kit and I dressed light. he only had a VERY THIN t-shirt on and that not very warm leather jacket. so we ate 인어빵 ing-eo-bbang (fish shaped waffle-ish supposedly bread with red bean paste) to warm ourselves up a little haha. worked for me. not for him. 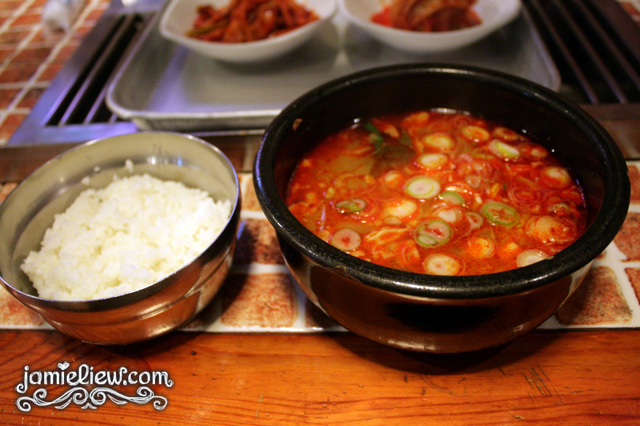 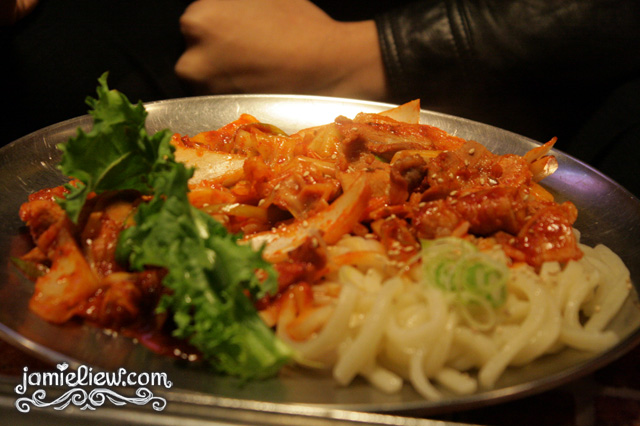 Have fun in Korea and catch up again when you are back. =P. Study hard, don’t play too much.

The food is still cheaper than Perth.