just in case you’re not a follower of my blog, I am now in Korea for my language studies.

the plane landed 5minutes earlier but then the immigration was taking such a long time so I missed the last bus to take to my friends place (they usually have bus till late for places like Myeongdong). I sneaked 8kg (oh well laptop doesn’t count as a baggage for AirAsiaX apparently) and my shoulders are aching even until now T____________T. 3 baggage handcarry and 3 checked in. if I were to total everything up it would be more than 50kg. no kidding. but I’m here for my studies! no choice. the other choices would be expensive. I have a friend’s friend whose bag is so heavy she brought her mom with her so that she can have extra weight and it’s cheaper like that haha. 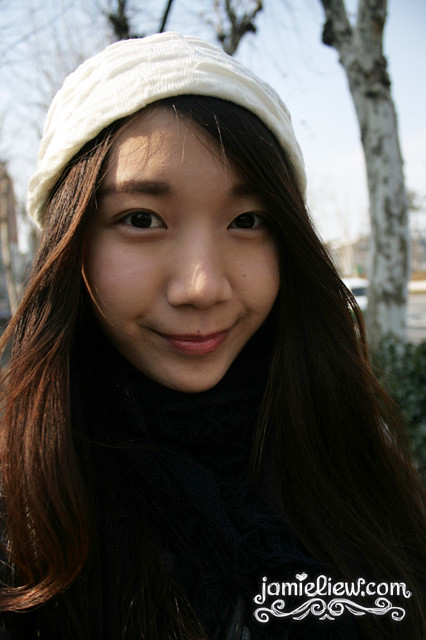 HII!! from the first day in Seoul. today’s my 2nd. but my friend said it’s 3rd. BUT I LANDED LATE! 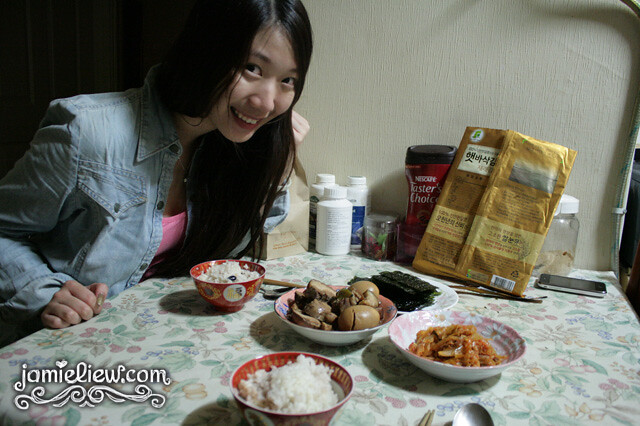 this was when I first landed. my friend’s mom already prepared delicious dishes prior to my arrival. but since the immigration was treating me bad and I couldn’t catch a bus, I arrived at her home at 1am. felt so bad because she had work =/. but really, korean home cooked food is JJANG!!! 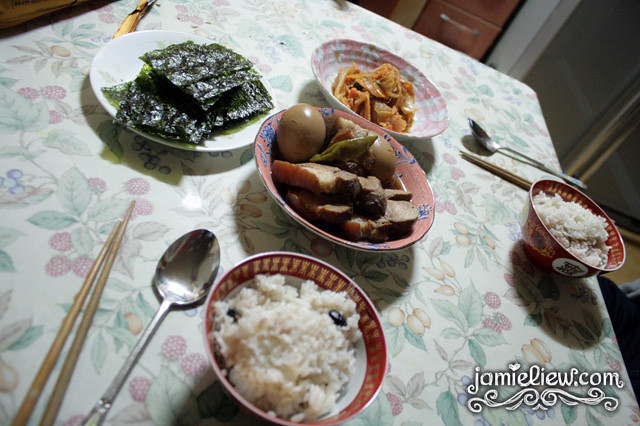 she even made some chinese pork stew! was so surprised to find Malaysian food here hahah. it tastes a little like bakuteh!

right, using your chopsticks and spoon at the same time is considered rude. not sure why but just remember that when you visit Korea =P. 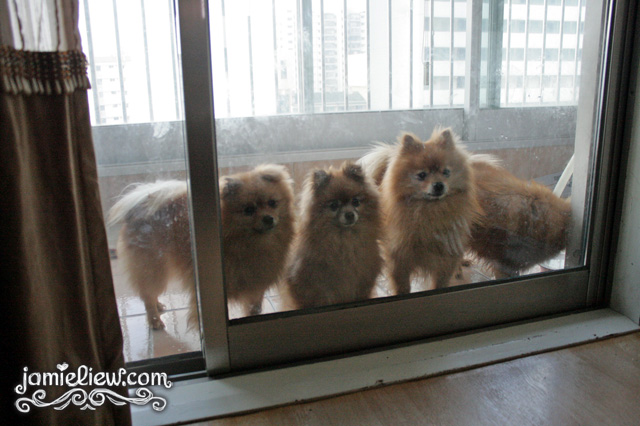 her pomeranians. oh my. super active these kids. 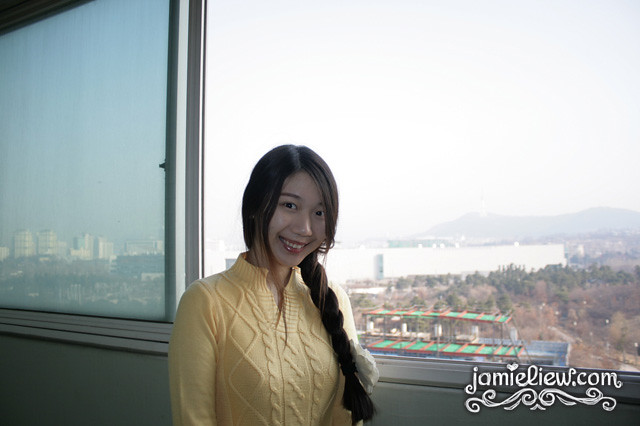 we have a SEOUL NATIONAL MUSEUM VIEW!! 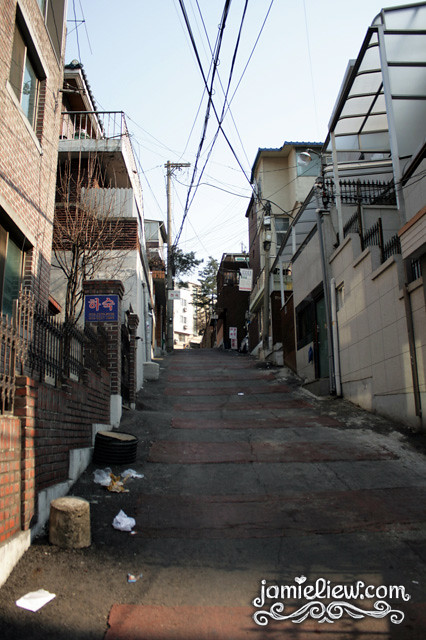 this is where I live. basically I need to hike up to the top EVERYTIME I come home. it’s still exhausting for me (because I hadn’t exercised for the past year.) but I guess it can really train my stamina to climb up Halla-san! (the mountain in Jeju Island) 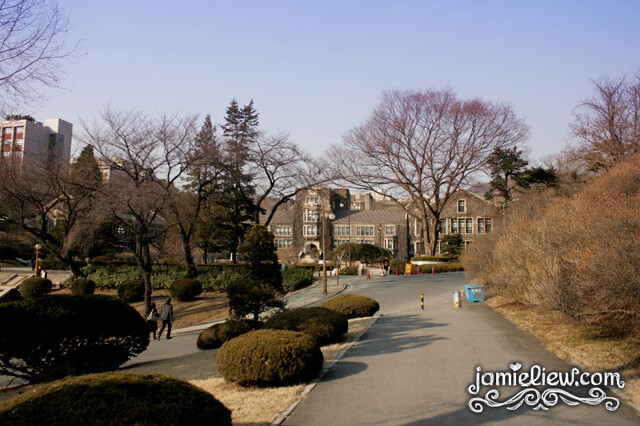 it takes approximately 7minutes to reach my University’s main gate and another 7 to reach my classroom (Yonsei is HUGEEE). isn’t it pretty? can’t wait till spring comes and greens will cover the walls of that building. 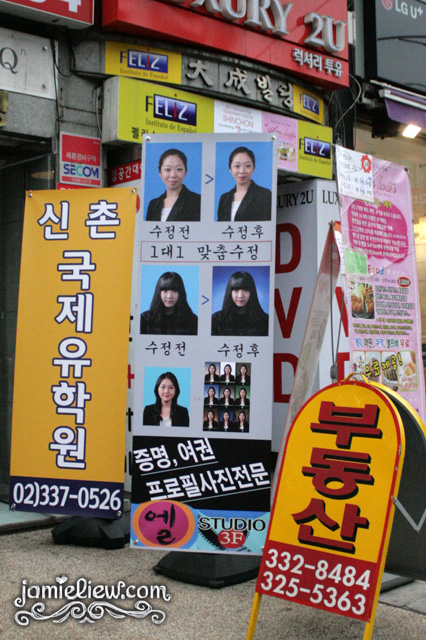 there is many reasons why you should get your passport photo taken in Korea. editing is totally legal (I think even IC’s because my friend’s IC look like him with plastic surgery hahahahahh!). but I mean, as long as your look is still there right? 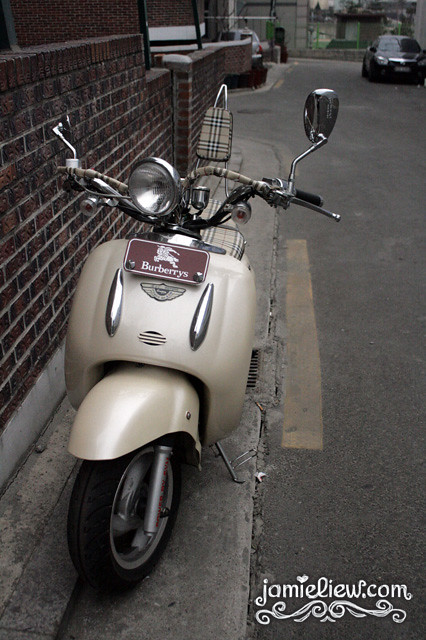 this bike has the swag. though I hate bikes but I won’t mind riding in this Burberry branded motorbike. =P. 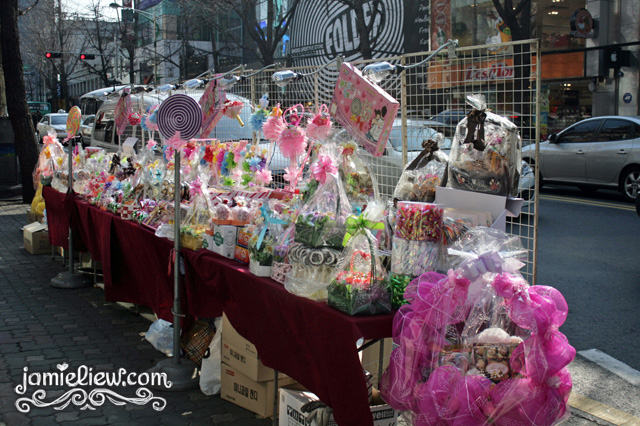 yesterday and today, the streets are filled with candies, chocolates, flowers and other sort of gifts because it’s WHITE DAY TODAY! only popular in Japan and Korea. the 7eleven here even wrote “사랑을 고백하세요!” which means “confess to the person you love!” hahahha. it’s actually a day when guys confess their love with these.. candies? to girls. basically it’s a Valentines day where guy’s repay the girls for the gifts they received during Valentines. 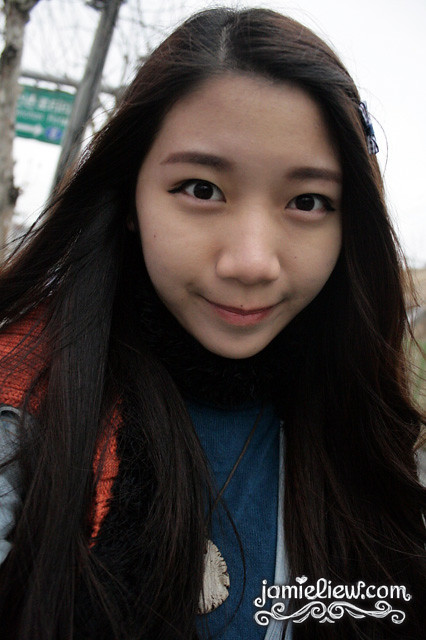 was very bored today without an adapter and I just went and walked around looking for it. AND YES LAHHHHHHHHH. I found it. hence why I could blog. my laptop has the shortest battery life ever. like an hour + only. =S.

First one to comment on ur first blog post since u reach korea , good to see u healthy and happy 여동생 =)

I’ll definitely go Yonsei Univ and Ehwa too this coming April! 🙂 on a side note, what camera are u using for the pictures above?

Was waiting for ur post! Glad everything went well. Jia you for school! ^^

Enjoy your stay at Korea yo ! Take care ya ! =D

don’t forget to cook M’sia food for your friend’s family. all the best! take care 🙂

enjoy staying in Korea and make the most out of it. Gonna enjoy future posts in your new temp home 😀

Drink the hot beverage before go out. And apply the moisturiser lotion on your skin. After several weeks later, you might will fit in the cold weather outside. I had experience overseas during the winter.

Hehehe. You’re lucky to have her. You can boil cold water. Your health is more important than Korean culture. Don’t let yourself sick again.

d floor got heating wan or not

how long are u going to be in korea? can you tour me to yonsei? lolol. i’ll be going to korea for vacation 4 months from now:))

Jamie i can bribe you or natalie for FREE lunch lol. I just need a mini tour or meet at least someone who goes to school there coz i am travelling alone and my friend there is working all the time. I will be staying in sinchon. I will be in korea for two weeks in July and 2days in kuala lumpur. So yeah would like to meet any of you or both. Thanks! Here’s my email: mnacario@gmail.com

wow! you’re now in Korea. I envy you. haha! I think what you’re experiencing is the last cold spell before spring comes right? Enjoy every minute of it.

Just curious, so you will only be taking language classes there? or regular classes too that will be included in your university coursework? I loved walking around Yonsei University when I went there. I went nuts over the super high tech library. hahaha!

i see… sounds like a harsh environment. definitely something that makes us stronger, but yup. its stressful. idk if im brave enough for it, but i guess i have alot to think. anw, good luck on your studies there! 🙂

hi are you going to stay there after your graduation and work or comeback to your country? and are you working beside studying?(is it hard?) i might be bothering you with my questions.i love your your blog .thank you

Jamie, may i know which visa to apply if i’m going to korea to study language and then the degree? i’ve read that there is D2 and D4.. im a bit confused.