9 Berries is a hidden GEM.

I kind of did a breif review on 9 Berries Frozen Yoghurt Ice Cream but here’s the more comeplete one. because I think it’s completely under rated and I believe just ONE TRY, and you’ll be back there again. and trust me, the walk is 100% WORTHY. 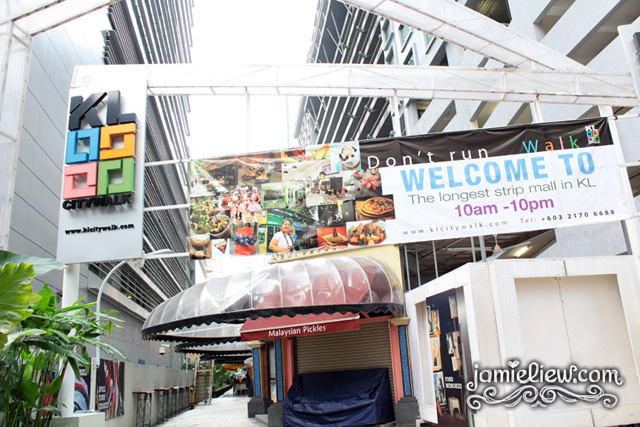 this is KL City Walk’s entrance. just drop by Pavilion/KLCC and take that overhead bridge that connects both Pavilion and KLCC and it’s in the middle of it. =D. you’ll see it. 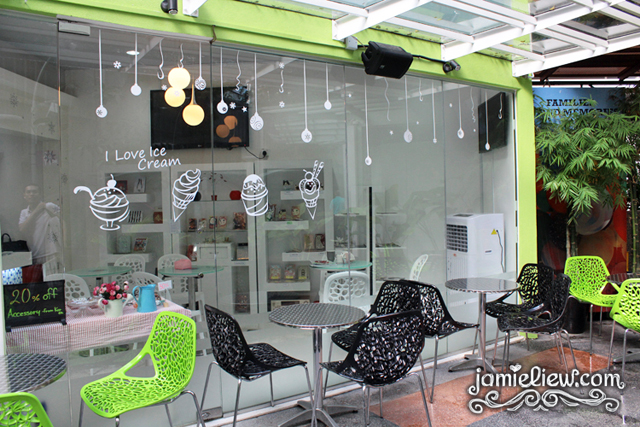 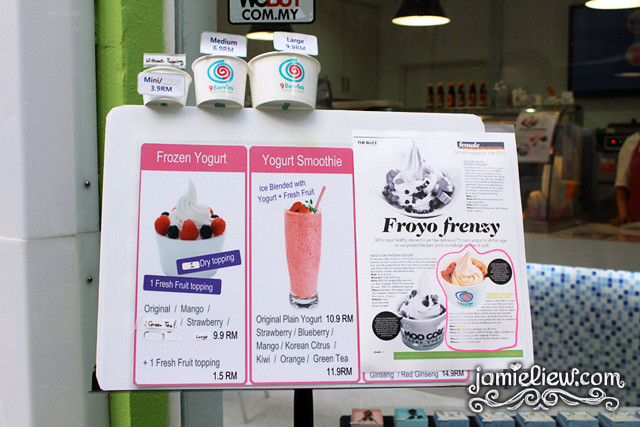 and here’s the menu for those who walk pass to see but is reluctant to try. they got on FEMALE Magazine! rated as the 2nd. but me, my sister and her boyfriend all agree that this beats Moo Cow. it’s the type of frozen yoghurt ice cream that when you eat ONE LARGE cup, you’ll still crave for ANOTHER LARGE CUP.

good news is, the large is only RM9.90. it’s a complete steal judging that other Ice Cream stalls charges 50% more and there are no toppings. 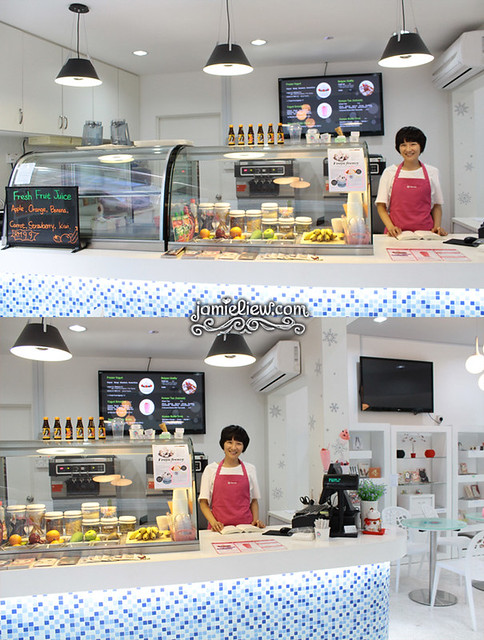 if you miss Korea, you might really want to visit this place because it’s owned by a sweet, friendly Korean couple =D. hence the very Korean interior and ambience. the shop is neat, cute, and very creative. best of all? best customer service ever. you cannot deny that we Malaysians are lacking in one thing compared to countries like Japan, Korea, Australia.. and even CHINA! and that’s customer service. the best service I had in Malaysia is probably in Bangsar where most of the shops there cater to foreigners. 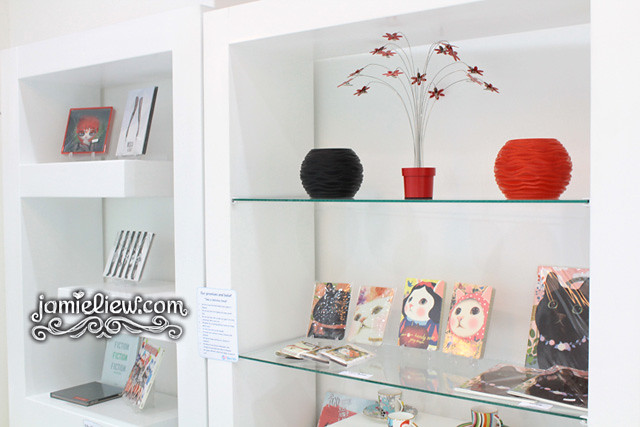 they also have K-Pop albums here for sale at a (I think) cheaper price and cute imported goods from Korea! 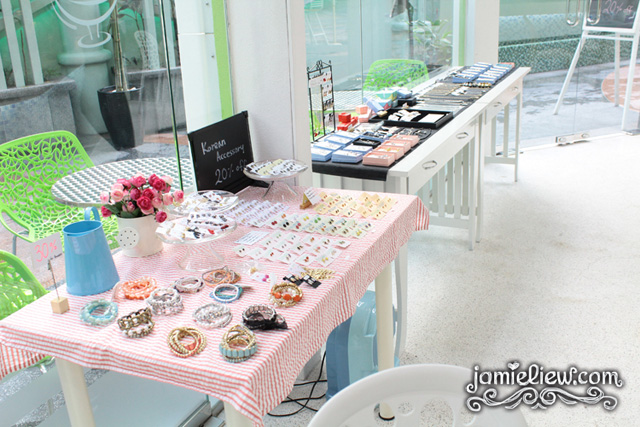 a whole lot of Korean accessories to choose from as well. if you do not already know, Korea is very famous for their accessories because it’s top quality =). 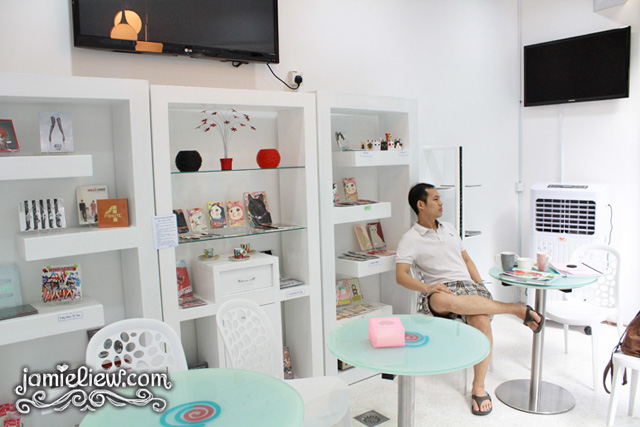 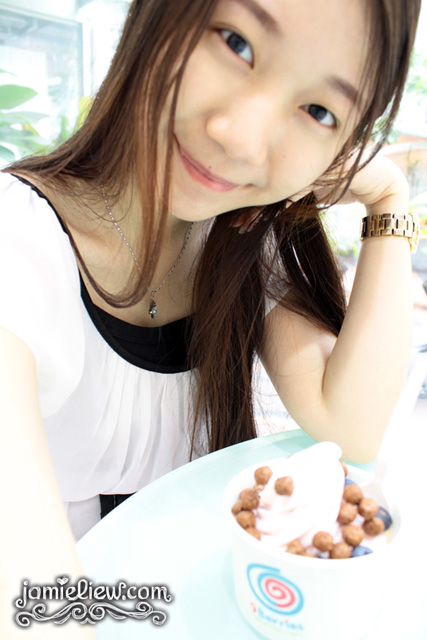 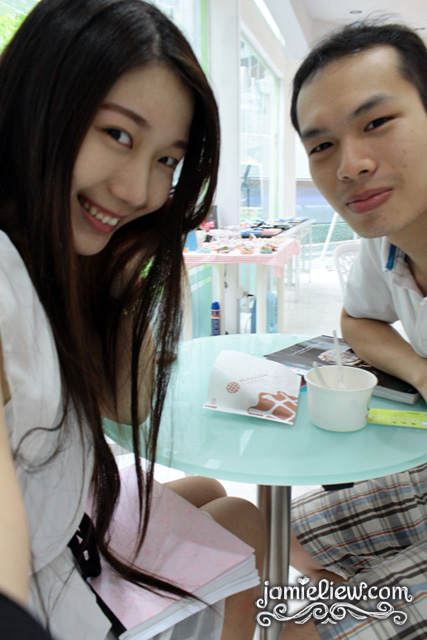 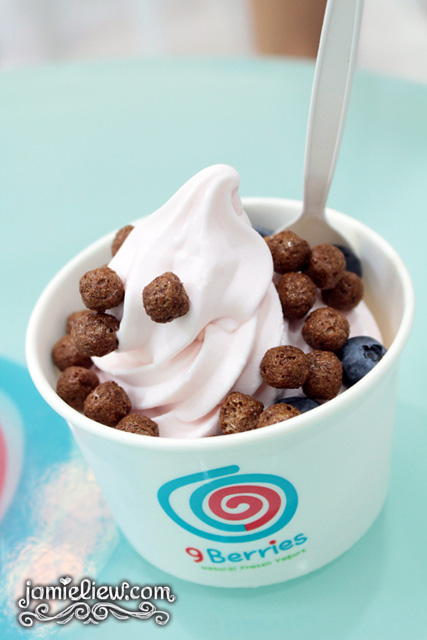 my favourite flavour is actually the Blueberry Frozen Yoghurt. but they rotate their menu and it wasn’t on =(. so I tried this, the Strawberry. the Milo balls are A MUST because it blends in very very veryyyyy well with the ice cream. you get one dry and one fruit topping. but of course, you can always add more by adding RM1.50. =D.

you should try the passion fruit one too if it’s on the menu! because I think sour fruits go VERY WELL with yoghurt. it’s true. 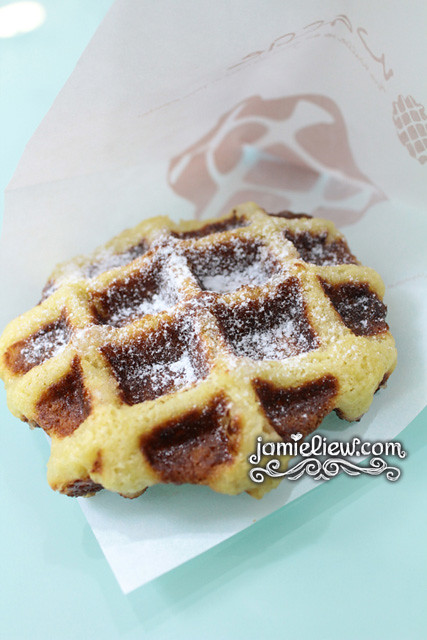 the BELGIAN CHOCOLATE WAFFLE! though the Belgian Chocolate is not too strong, but the unique part of it is because it’s crunchy on the outside and soft in the inside. SOMETHING like Macarons but a different flavour. not as sweet as well. but scrumptious. I had it take-away for my sister too and she fell so in love with it. she’s actually jealous each time I told her I went to 9 Berries!

according to the boss, he said that he hadn’t found any shop that sells this Belgian Chocolate Waffle which is actually pretty common in Korea. so, it’s the FIRST! 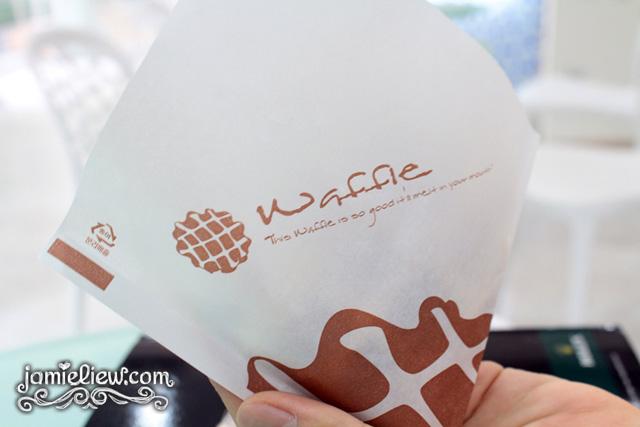 Wai Kit was surprised when he noticed that they imported the packaging from Korea too! very Korean style. and only at RM4.90. =D. 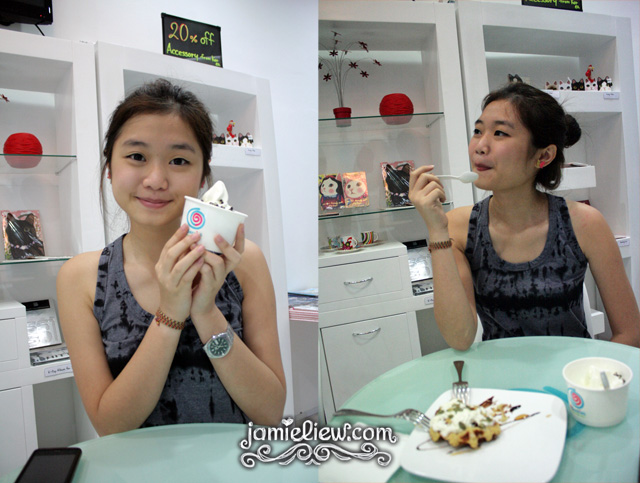 then a few days later, I had a date with Miss Natalie Chai; my favourite friend when it comes to sharing secrets because she doesn’t give me a list of lectures/tell me I’m wrong but instead she would encourage me to do what I think is right. U___U. the sweetest friend. the both of us are somehow pretty similar… eventhough she isn’t a fan of ice cream and sweets but to OUR surprise, SHE LIKED THIS! and is planning a second trip already. also, we had such an adventure driving to Pavilion just to walk over to 9 Berries. and yes, DROVE ALL THE WAY THERE JUST TO HAVE THIS. I told her it’s really good and I MUST bring her here because no one would actually walk over to KL City Walk if they do not work nearby. 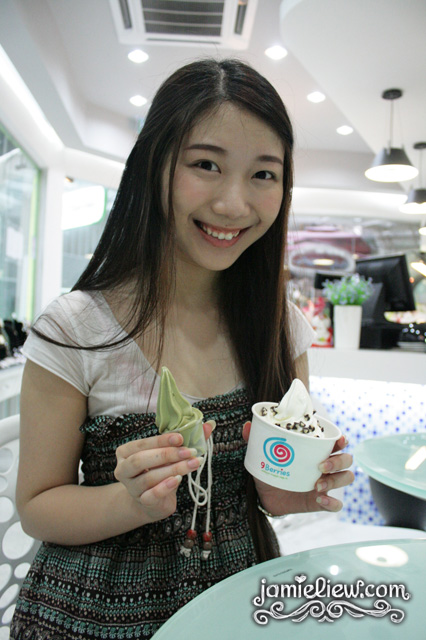 as you can see, a different set of clothes. the Boss saw that I really wanted to try the Green Tea too but decided on the Original Flavour this time, so he gave me a pretty huge cup to test T______T. so touched. and he was so grateful because I previously blogged about this. T__________________T. it’s happy when you did something good and you know it. he also gave me extra waffle and korean tea. ah so nice of him. it’s actually known as “service” in Korea but I didn’t expect to get it here too! 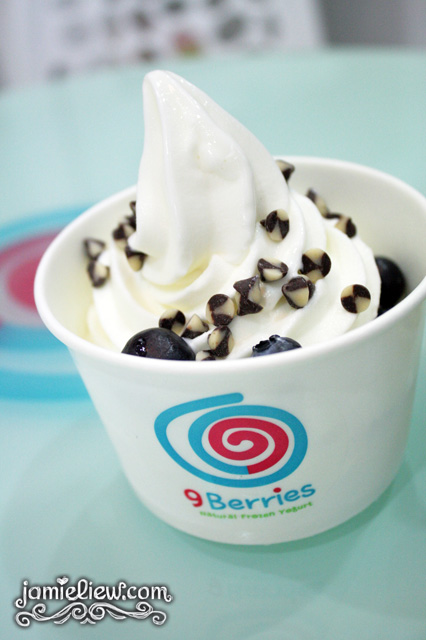 my favourite fruit to combine with their ice cream, BLUEBERRIES! I didn’t ask but don’t you think their logo look like the ice cream from the top? and that the 9 comes from it because it twirls too? 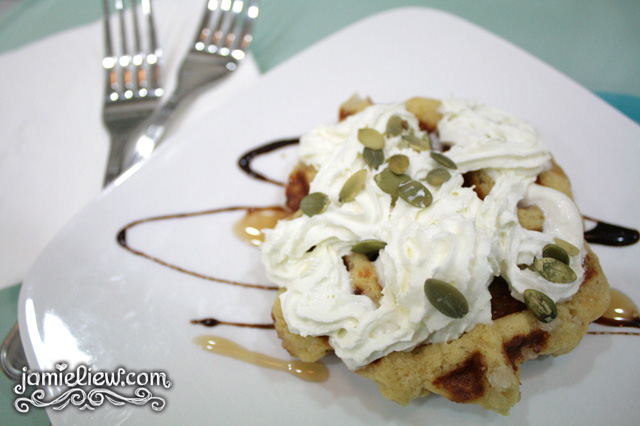 just top up a buck or two and you get your waffle with whipped cream, sunflower(?) seeds, maple and chocolate syrup. MMM!!!

I really recommend you to try their Waffle because it’s very different from those you can get in Malaysia. I mean, just try it once, if you like it, order another one and if you don’t, it’s only 4.90 =D.

actually u can get the waffles at Sun Moulin bakery. HUHUHUHU. Ive been eating it for over a decade. LOL

But not choc flavour. Original but its pretty darn awesome too. Especially when its freshly made and still warm.

Just tried this on friday and gotta say it is really that awesome! 🙂

I like the interior design! I love korea too.

Sun Moulin is not a local bakery. It’s a Japanese bakery. the outer layer is crips and caramelised while inside is a softer cakier texture.

I will try the ice cream when I visit KL 😀 Really want to try the waffle + ice cream!

wish i can fly to KL just to have a taste of this…btw jamie, correct me if i’m wrong, when we sent to KL last year, i noticed that aside from your local artists, there were more taiwanese stars on billboards than korean stars. does that mean that k-pop or k-drama is not that big in malaysia?