Timothy shared his story about how Nuffnang’s Birthday Date came about. it’s actually on 2am on the 27th of February. because apparently Ming (another Co-Founder) is supersticious and went to the Feng Shui Master and that guy said they must set up their Business in between 2-4am on that date to succeed in their business. seems like the Feng Shui Master did his part, because Nuffnang have 1,000,000 bloggers registered under them today! 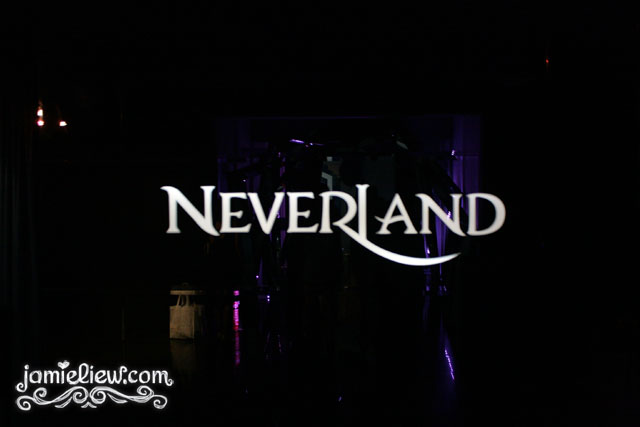 this time, the event is hosted at Neverland, it’s quite a pretty club actually, located right behind Borneo Baruk Club (behind Pavilion). never been there before but for events I must say the place is close to perfect. awesome stage! 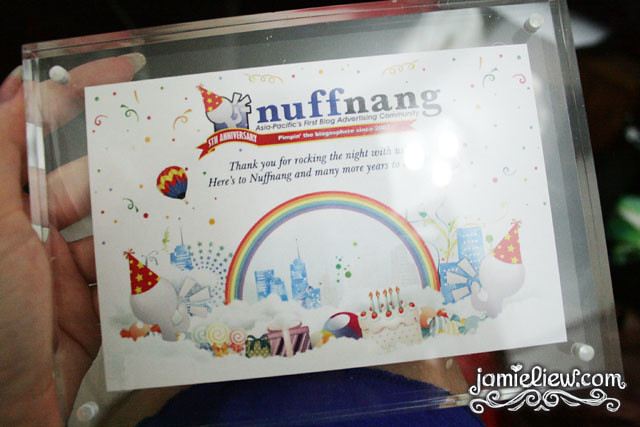 something we all get from the goodie bag! a Nuffnang photo frame <3. have always adored frames like these. now I want to bring it to Korea too. pfft. but it’s a little too heavy =S.

there were a lot of things that I like inside too. like a bottle of Revive, Milo, Mountain Dew and PACKETS OF MILO MUAHAHAH. MILO FRENZY! 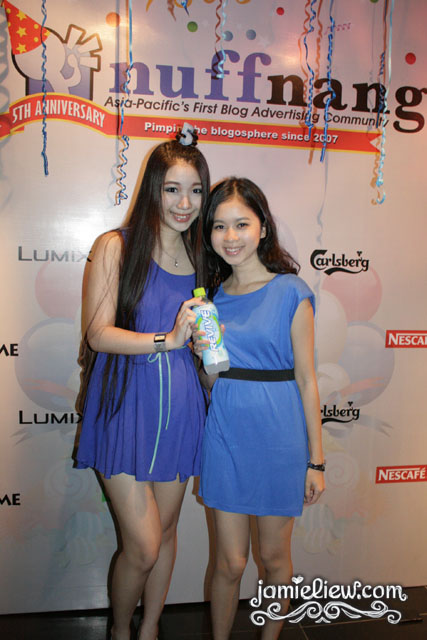 awkward looking picture of me, the revive isotonic and the lovely Vivien! and yeap, that’s a 5 on my head.

I think I look awful in thick make up pfft. shall never pur on dark eyeshadows again (by myself.) T_T. 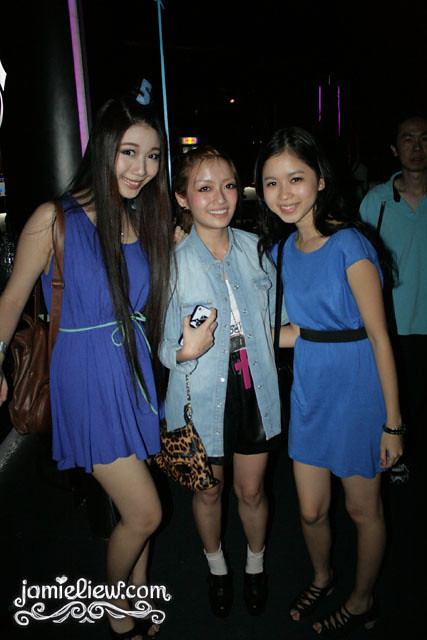 with Audrey! she’s always so nice U_____U. really, I think out of all people I met, she’s one of the nicest. well mannered and friendly. interesting too! 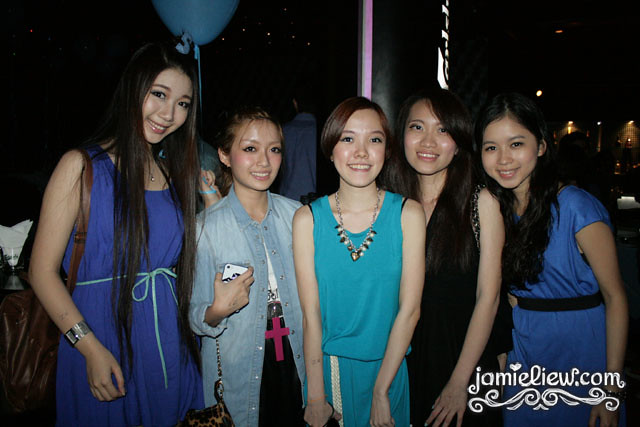 all shades of blue. hahaha. except Fresh. because all the Nuffies were in black! 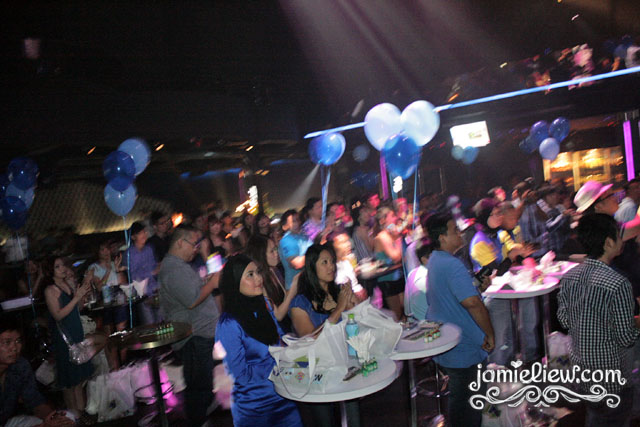 the crowd! absolutely love those helium balloons =3. it’s everywhere at the parts with lower ceilings! 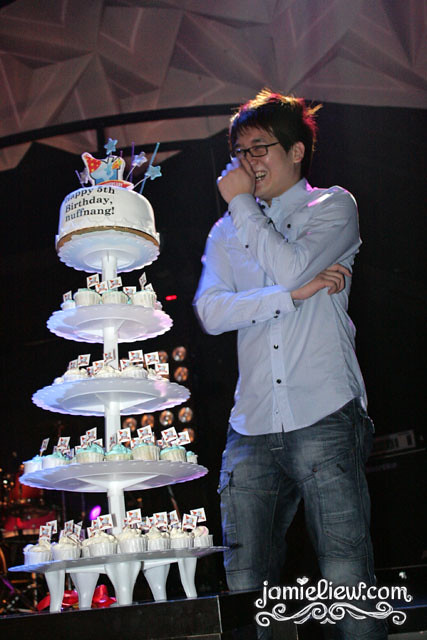 and finally time for some birthday song =D. 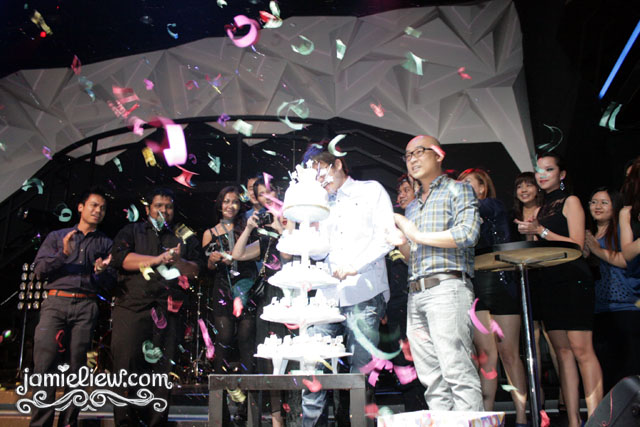 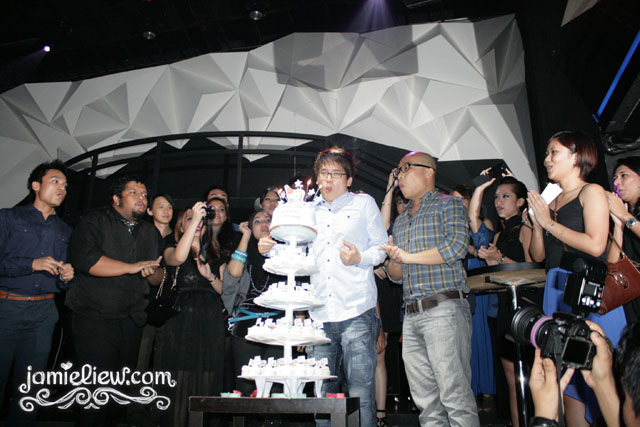 hahahahha funny picture of Timothy and Chay Chay blowing out the candles =P. 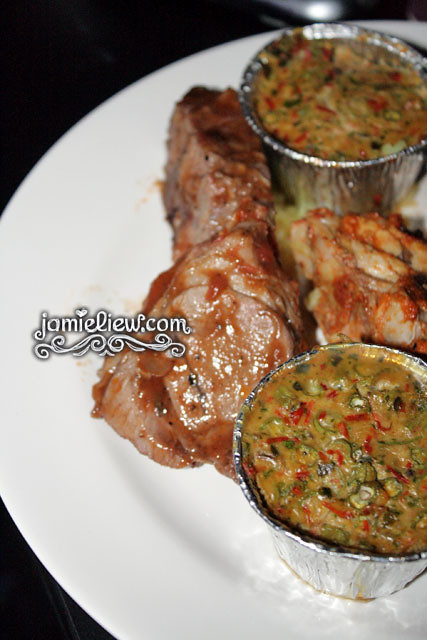 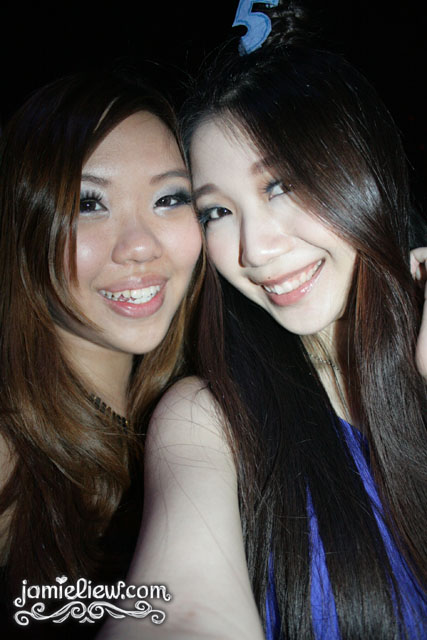 Nuffie Michelle! the Fashionista in Nuffnang. why? because she’s always very very very well dressed. and she always have nice hair too. crap don’t have a full length picture with her T_T. it’s in her camera! 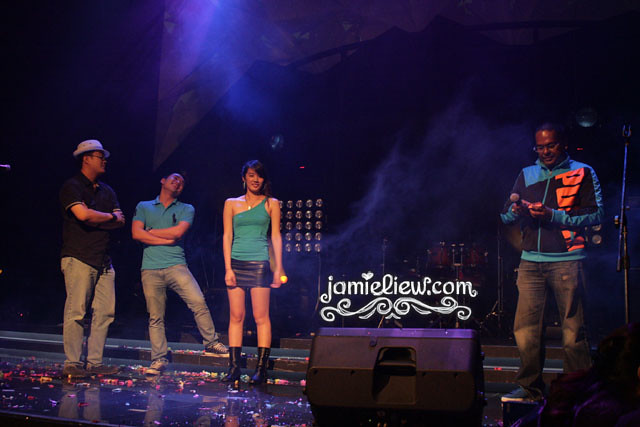 these lucky 3 people walked away with a gateway to Sipadan/ Panasonic Cameras! 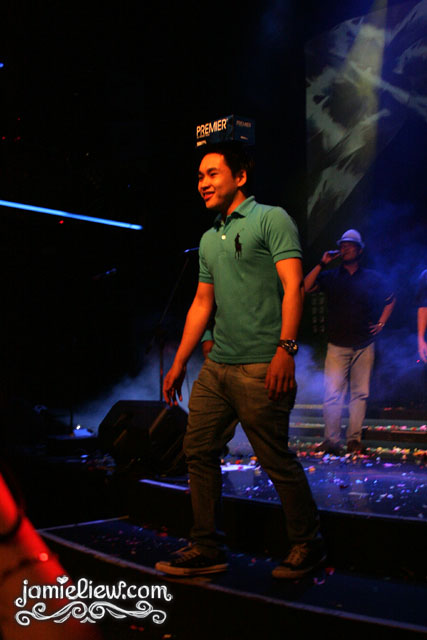 they had to sexy walk with a tissue box on their head and later do a moon walk and a cat woman walk. not easy. but Yeong Boon was totally entertaining us with his robotic moves hahah. 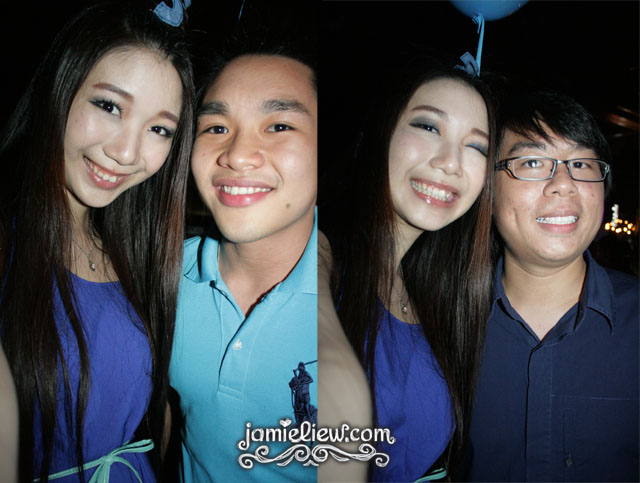 Yeong Boon and Jayren =D. I’ve always seen Yeong Boon in the Inniters Gathering and Jayren, he’s one awesome guy because his mind is always filled with positivity. I want to be like that too T_T. 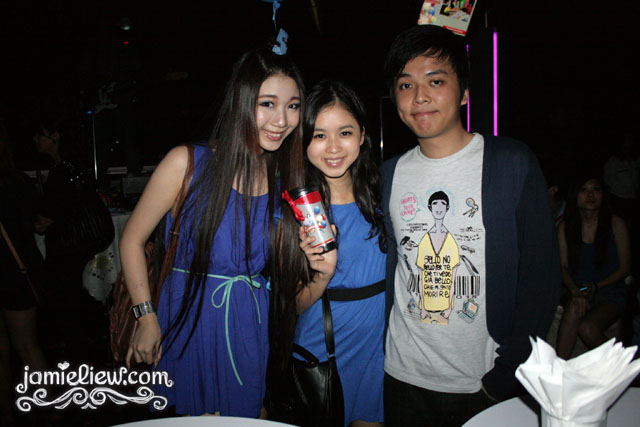 Vivien with the tumbler I won and MIAO!!!! miao = Jian = akiraceo.com. his comics are.. A MUST READ! you’d get addicted to it. the first few times I visited his blog I spent hours in it reading ALL his posts. too cute to not read. and they are funny! his latest post consists of “finding the cat” which made me.. go near the computer screen for almost 5 minutes pfft. found the cat finally.

I also won another Nuffnang t-shirt! but not lucky enough to win the camera pfft hahahaha. 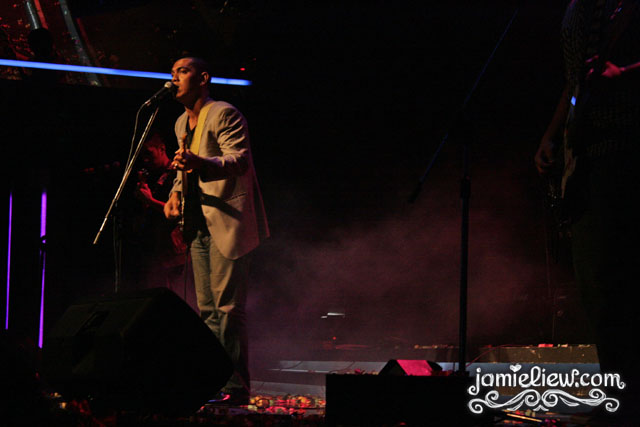 awesome performances by this awesome band. I forgot their name T_T. but their songs were really crowd pleasing =D. they know some really old school songs which really surprised me too! to be honest, for english songs, I prefer songs from the 80s and 90s compared to now. =S. sometimes I feel like a granny. but I found some people around my age whom thinks the same too! 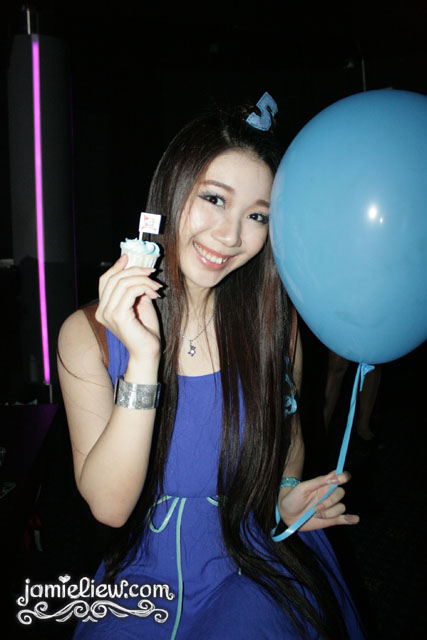 we all had a Nuffnang cupcake. =3. yum. this blue themed Birthday Party reminds me of Nat’s hahaha. especially with the two toned balloons hanging around =D. 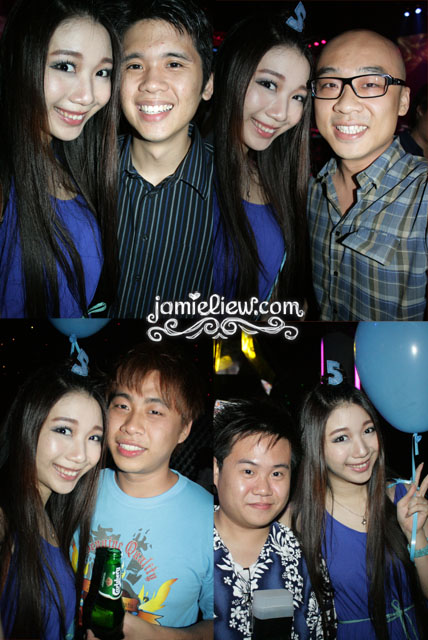 funny how I grouped them together in this picture and they all have cute nicknames =P. Yee Cow have just returned to the Nom Nom Media and is now in Churp Churp. so you better remember his face and say hi to him because he’s managing your Churp Churp jobs =P. Kendy has a huge readership because of his cute doodles =D. maybe you can check it out? 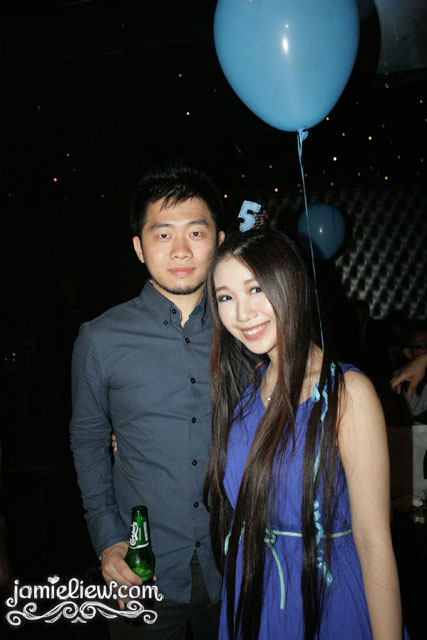 I promised Ernest we’d go on a date. this funny guy sucked Helium from the Balloons and said nonsense for the whole night! and there he is being half a head taller than me =D. 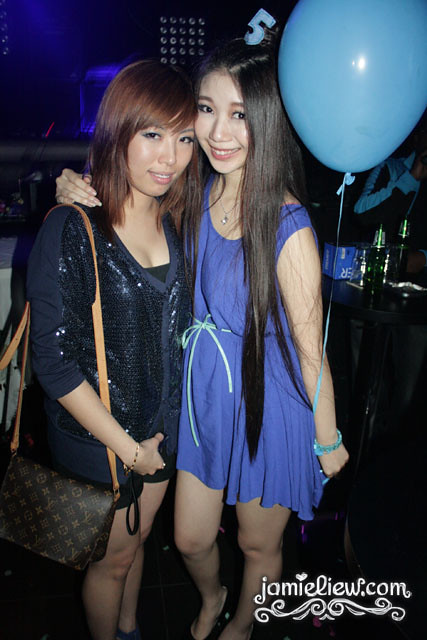 Michelle, or just call her MIMI!! one of my favourite Nuffie =3. always so pretty and cute. now don’t that jacket look like that Secret Garden one? except it doesn’t go all the way up to the neck.

yes I know I need a haircut. anyone wanna volunteer being my hair stylist? 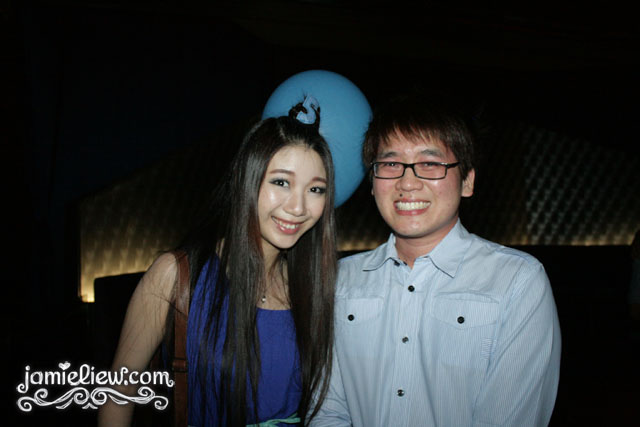 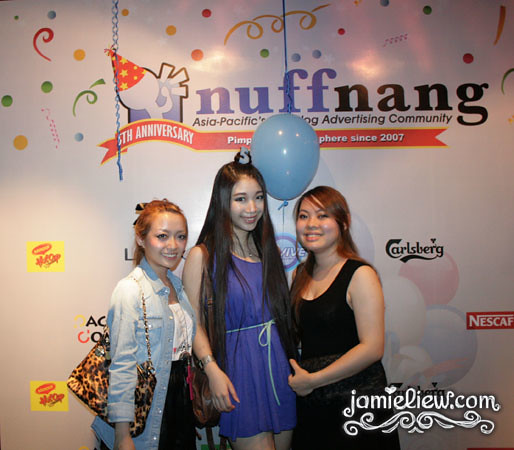 last shot before the banner was taken away! with Audrey and Yuen Yee!

I can’t believe I’ve been with Nuffnang for so long too since the very first event I went to was when Nuffnang celebrate their FIRST Birthday. T___________T. this is all for now.

aud looks so sweet there 🙂

haha why you say so many nice things about me!!!! *touched T3T

You girls looking great ar no worries =) Be a good ‘korean’ girl during your further study kay? =)

Enjoy Malaysia for the last two weeks. den off u go. but remember come back ar!

wow nice party that I didnt get to go! TT

anyway seems like all of you had fun there! =D

Great Post ! haha , thanks for your compliment ! You can be positive too, stay positive yo ! =D