A day with Joseph Germani.

Joseph has been a good friend of mine since my high school days as he’s a classmate of my neighbour. hmm. the truth is, I forgot how I met him. if it wasn’t from my neighbour it must be from events or friends. hahaha. I guess it’s too long ago and I have a terrible memory on how I meet people =S.

anyway, we managed to film 2 short films alongside with Dan Khoo (our director!), Sam and 2 Bryans. one of it will be released tomorrow! so just click HERE to view his youtube channel. this is so exciting because it’s my first time acting in a short film! 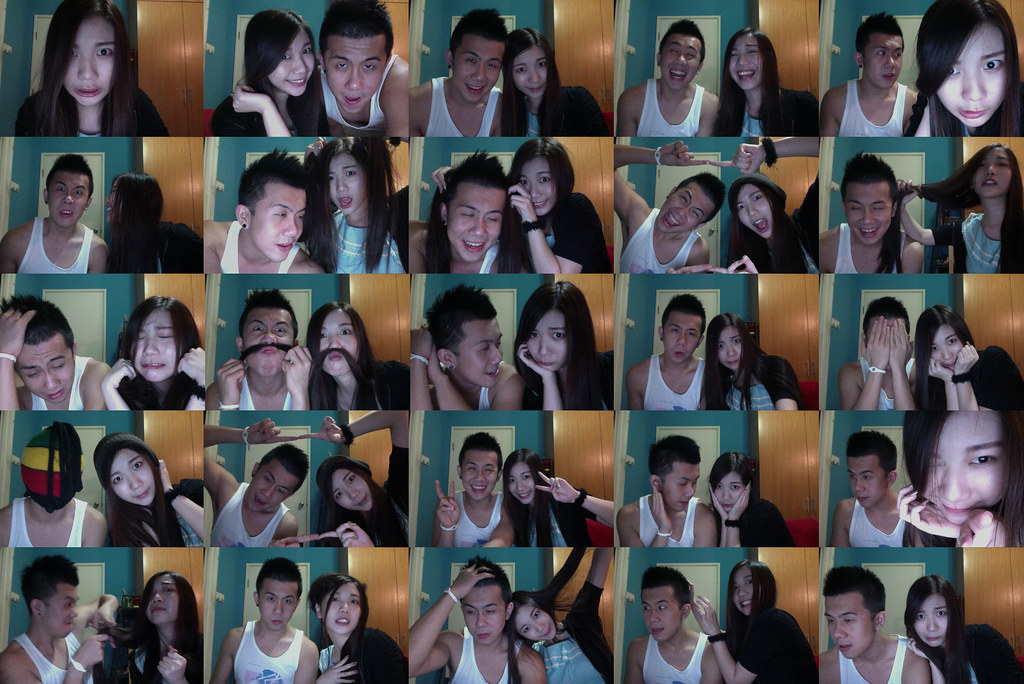 it’s mad because we have pictures of my long hair. and my long hair on him. the dragon ball thing. acting sad. having moustache. korean poses. him trying to cut my hair. and me acting as a ghost. pfft.

so yesterday after the long exhausting filming sessions, we went to an amazing restaurant (will blog about it as soon as I receive the pictures from Joseph) nearby and after everyone had left, it’s time to unleash the real sampat girl inside of me whom I was afraid to show to the new friends I met yesterday. nyahahahha.

so we took more than a 100 pictures. but these are just the really stupid ones. hahahaha. taking pictures can never be more comfortable if it isn’t a close friend! 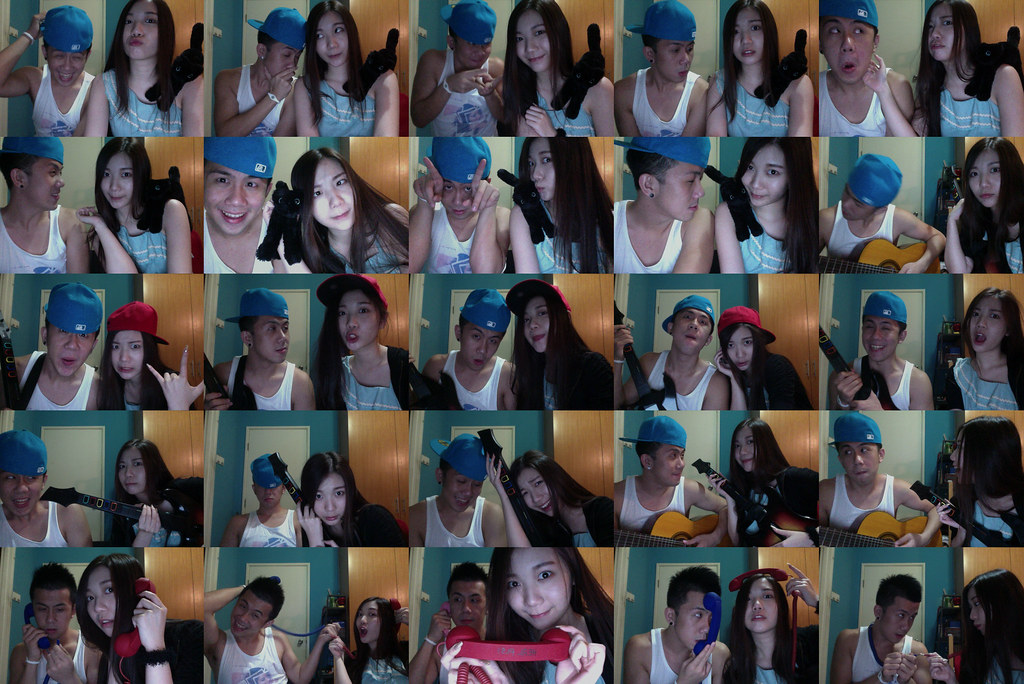 here’s more. hahaha. that how Caprice wears his hat picture is too crazy. and my attempt to shoot Joseph with a.. Guitar Hero guitar. and the POP PHONE! the last picture is actually us imitating how avatars bond. PFFT.

and please do not think that Joseph and I have a thing because we friendzoned each other not long after we met for the first time long long time ago! 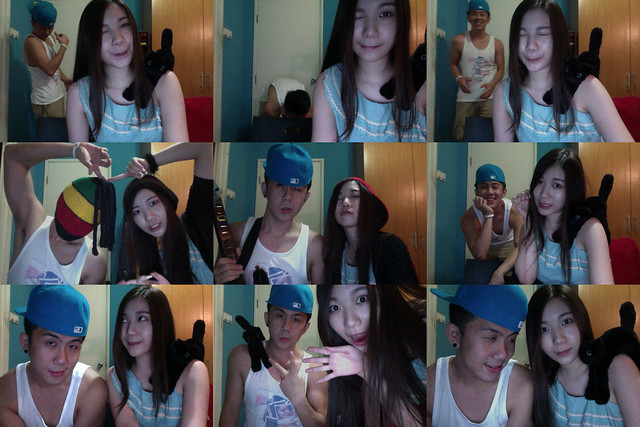 Blackie Germani is the cats name. haahaha. if you wonder why a Chinese boy has an angmoh surname, well, his real surname is Joseph Lee but he grew up with his stepdad, Mr. Germani; hence the angmoh surname =).

he recently bloomed on youtube from being both famous and infamous. but the real Joseph is nothing like what his haters assume him to be. maybe it’s a biased feeling because he’s such a good friend but you cannot deny that I am crazily honest. to me, what he films is just like every other persons inner self except he has the guts to voice it out and it is nothing wrong about it viewing it as an open person. and also perhaps it’s because certain messages were wrongly interpreted; which is perfectly normal because everyone misinterpret things at times. oh well, which famous person doesn’t have haters? look at Justin Bieber, he has millions and millions of fans but the whole army of 9gaggers are anti-biebers.

the real Joseph, is a guy who would walk up to another person and introduce himself without even caring if he would be accepted or not (depends on the situation though!). and the most important thing? he is sincere in making friends. there are many people whom I’ve met who would just expect something from you and if they don’t think that they can suck anything outta you, they’ll just abandon you. but as for Joseph, that’s not the case. he does not expect any returns when he give, and is incredulously appreciative when he gets the same treatment.

as a friend, I think I hadn’t done much for him. so here’s a post in hope that those who’ve misjudged him would look at him from a diferent perspective. and for those GERMS of his, here’s more pictures for you to stalk ;). 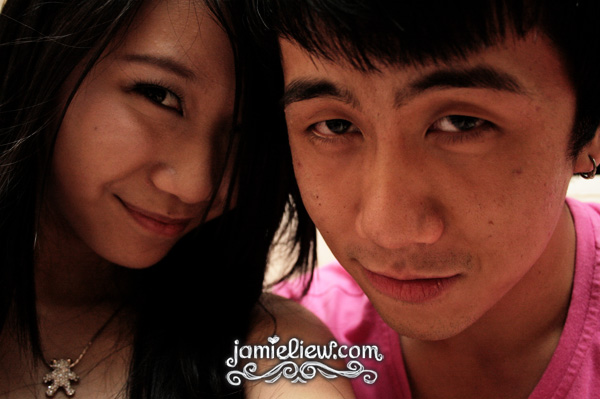 here’s a picture of us during my 18th Pink Birthday Party. 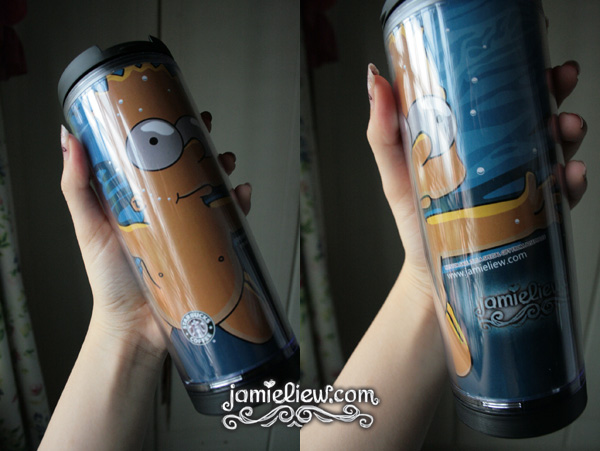 as thoughtful as he has always been, he customized me a starbucks bottle. himself. from the printing to every little detail in this adorable bottle. in fact, his gifts are always the most creative gifts! you see what i meant for him being sincere? 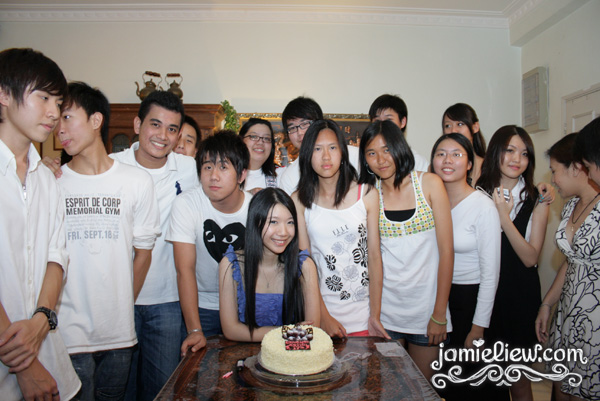 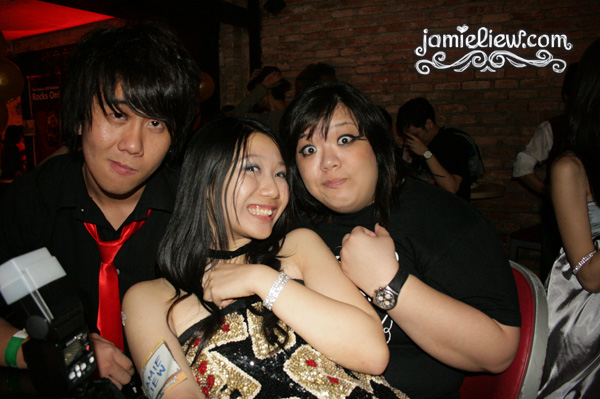 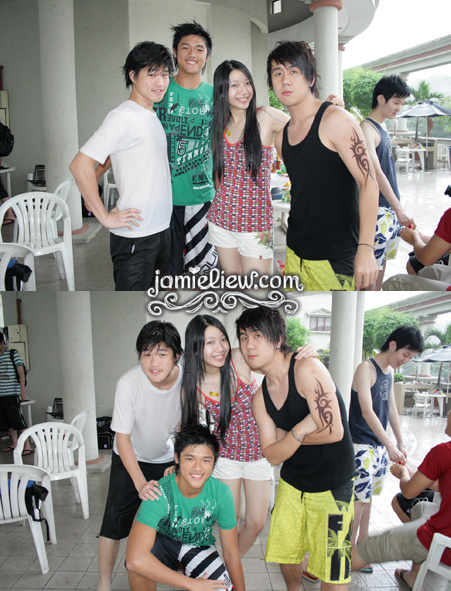 Joseph’s 18th Birthday! we’re not short. it’s just that the guy in green, Joshep, is insanely tall. the one in white is Jonathan. all 3 of them are Lee’s. hahaha. 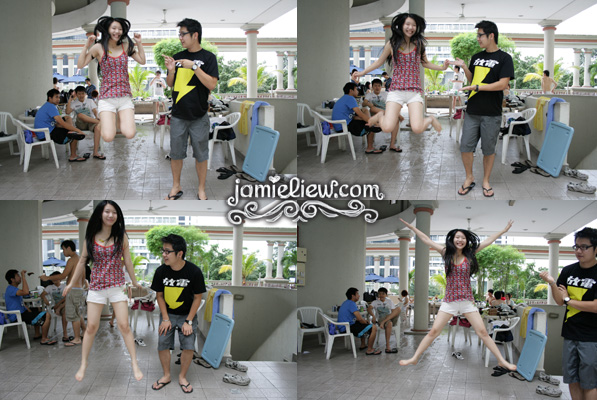 which reminds me of when SmashpOp taught me how to jump. where he said that I am the only person he knows who can’t jump. sigh. 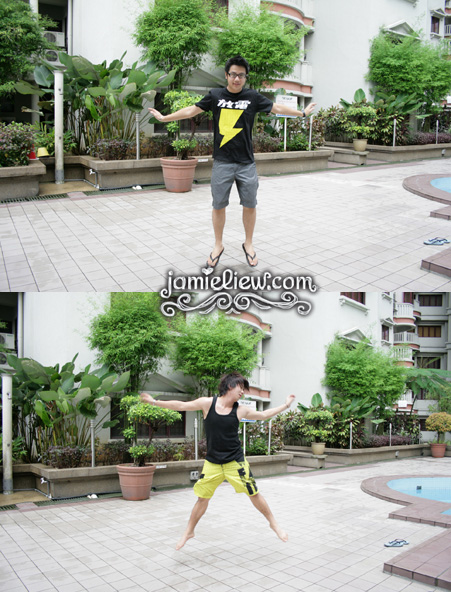 both of them trying to show me how I jumped. PFFT.

I guess this is all for now. teehee. I am having mixed feelings right now. both excited and scared. I do not know how am I going to live without my family for the first time because the longest period I spent alone without family would be my 3 days 2 night trip to Seremban when I was like.. 8? oh gosh. I guess being independant is what I look forward to the most when I decided to study overseas. =D. so let’s see.. one more month to go. WHO WANTS TO YUMCHARRRRRR?

hahaha.. looking forward for ur short clips. I subscribed him. :p

I was curious about Joseph Germani, so I searched him in Google and one link that I clicked directed to your site again.. hahahahahahhaha.. Well, well, well.. D

the last boy in the left is cute BTW. 🙂 hahahahahhahaha

nice posting. now i knew who is joseph germani. haha 🙂 you have happy relationship together. 😀 thanks btw