the huge Chatime opened outside Lot 10 but the one in Pavilion is still going to take 30minutes for you to get your drink. so, the alternative is OCHADO, the one located at Tokyo Street. of course, they all have a queue. but it only took us roughly 5minutes for all the queuing up and waiting for the drink. much better, no? 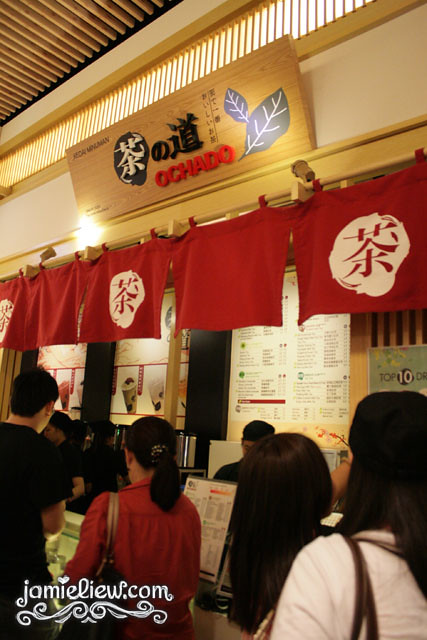 to be honest, this is actually my first time having Ochado and I was really curious on how different it might taste since it have a very similar concept with my favourite Chatime. 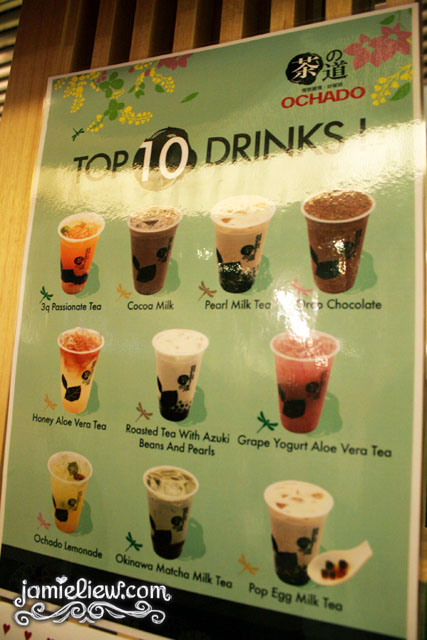 here’s a chart of the top 10 drinks of Ochado where me and my sister got Oreo Chocolate and Roasted Tea with Azuki Beans (red beans, actually. they had to make it sound more jap haha) and Pearls. 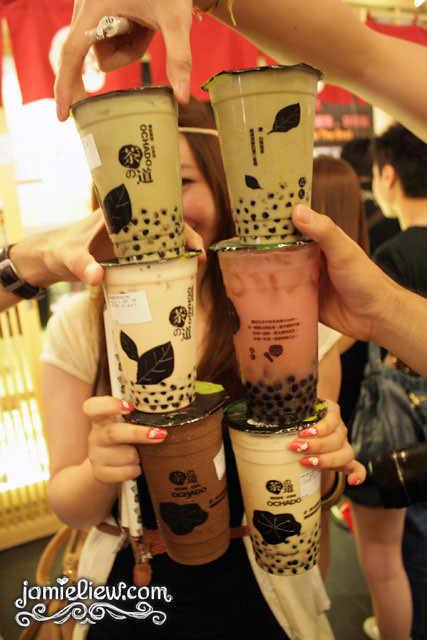 the others ordered others like the Grape Yoghurt Aloe Vera Tea and the Okinawa Matcha Milk Tea. I was quite attracted to the Pop Egg Milk Tea actually, where coffee actually fills the brownish black eggs. but to my disappointment, I’m allergic to caffeine and it was already sold out on that day.

the Oreo one was pretty good as it’s ice blended but it sure did give me brain freezes every time I take a big gulp. I also took a sip of the Grape Yoghurt one. it’s definitely a girls drink. love the aloe. but Jeffro commented it wasn’t too.. Yoghurty.

but two of my friends whom had ordered the Okinawa Matcha hated it. =S. so I guess for those who likes matcha with red beans, stick with Chatime. 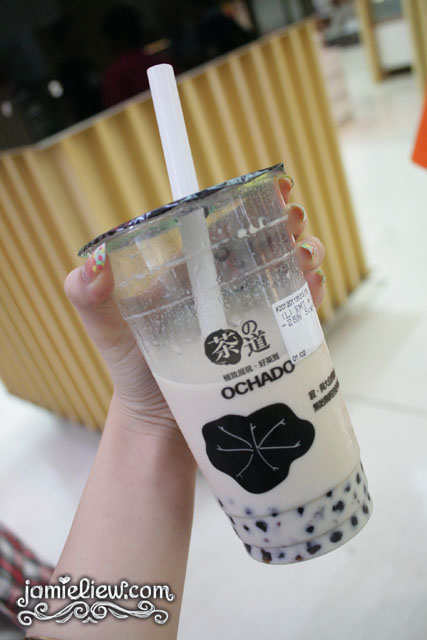 as for myself, I liked this Milk Tea which also, I believe, contain a minimal amount of caffeine. this drink is awesome but never order large because you’ll eventually get sick of it. it’s like eating too much of those thick creamy cheesecake. 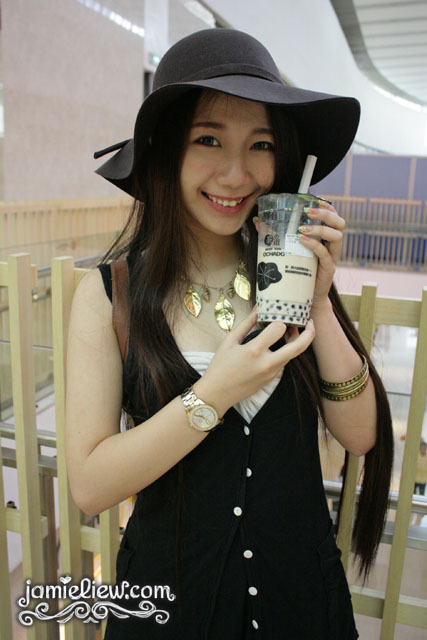 it’s not Chinese New Year yet, I CAN STILL WEAR BLACK. hahahaha. and it was just a few more gulps after what you can see above until I can’t drink anymore of it. regret for ordering large! 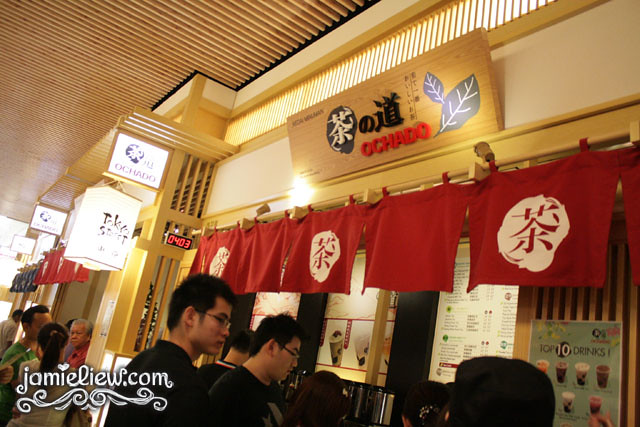 verdict : it’s pretty good but I prefer Chatime (I love their Uji Matcha and Choco Mousse! while many other’s aren’t exactly worth the price.) over it for taste. but if you hate waiting, Ochado is where you should head to for a cup of wonderful refreshing drink in this hot Malaysian weather. 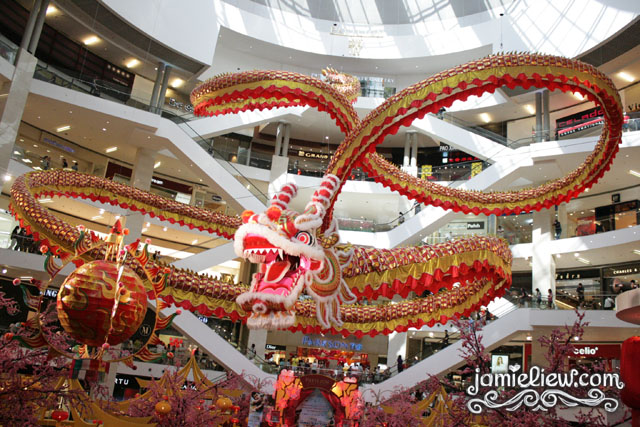 this seemingly 1km long dragon is the main reason why we went to Pavilion for. it’s indeed a view. super worthy. if you’re in KL, no harm to go take a look and get amazed by it right? =D. 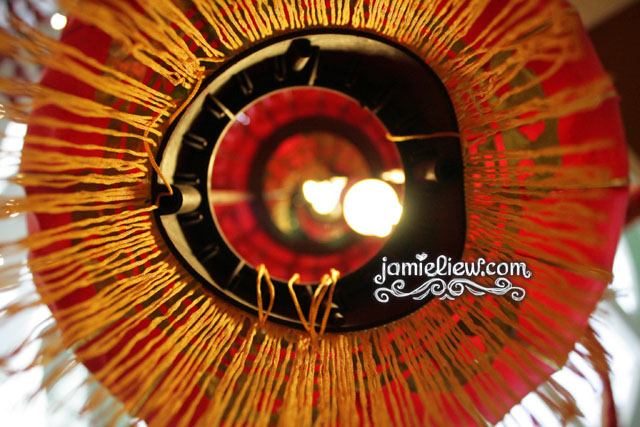 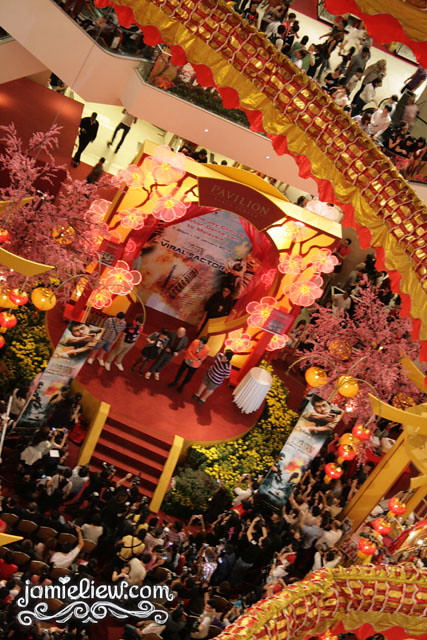 we went over to Sungei Wang for dinner and went back to Pavilion roughly 30minutes after when Jay Chou is SUPPOSED to be there (him and the director of Viral Factor for their promo?). so every floor was flooded with Jay Chou fans and we had to go over to the top level to get a comfortable space to see. and AFTER ANOTHER HALF AN HOUR.. he finally came out and stood there for about 15minutes saying words that might not even sum up to 1 minute. while waiting for him there were fans that went on stage to sing where one was actually pretty good. but Jay did not even sing! =(. wasted my time waiting for 30minutes. pfft. 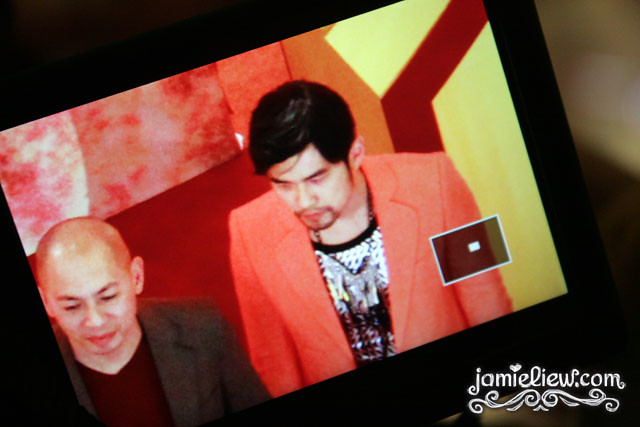 since his movie is done, why did he even keep his ugly moustache! but his fans are really really really mad. hahaha. and Happy Birthday to him in 2 more days! 18th January. =D.