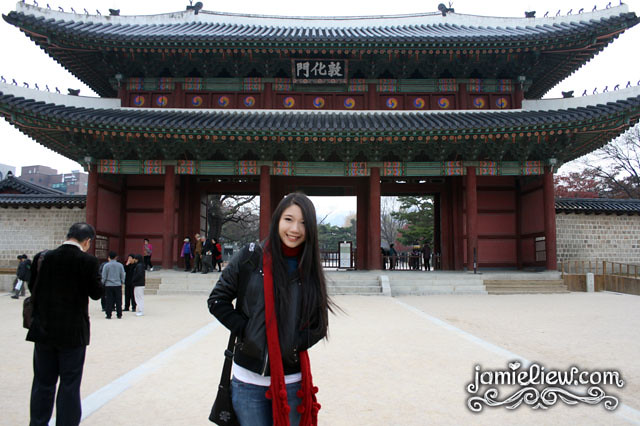 hello all. as usual, I decided to visit the not as famous but still famous destination. compared to Gyeongbokgung, Changdeokgung is considerably small but is said to be more beautiful =D.

the second reason was also because it’s located right next to Changgyeonggung. but I seemed to had clearly underestimated the gungs/palaces. it’s my first time actually visiting a PALACE since previously I’ve always only visited temples in China. haven’t been to the Forbidden City yet, sadly. =(. I was thinking a mere 1 hour strool would be enough but it’s far from being adequate. I think it took me around 2 hours to just finish HALF of the palace. it started getting gloomy and it was 4 before we knew. the palaces closes at 5 in winter. so the last entry is at 4. haha. 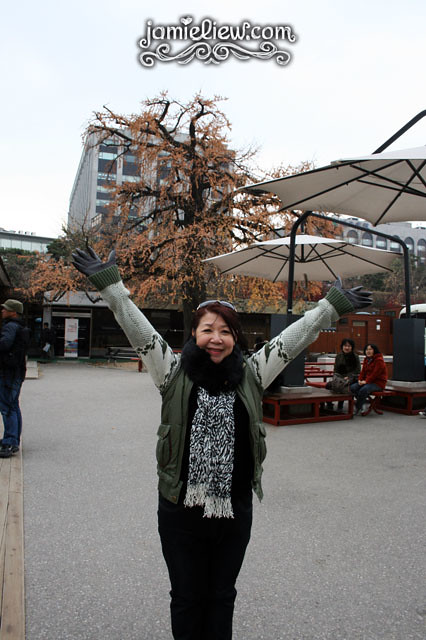 poser mom. hahaha. AND NOTICE THAT PRETTY AUTUMN TREE BEHIND? 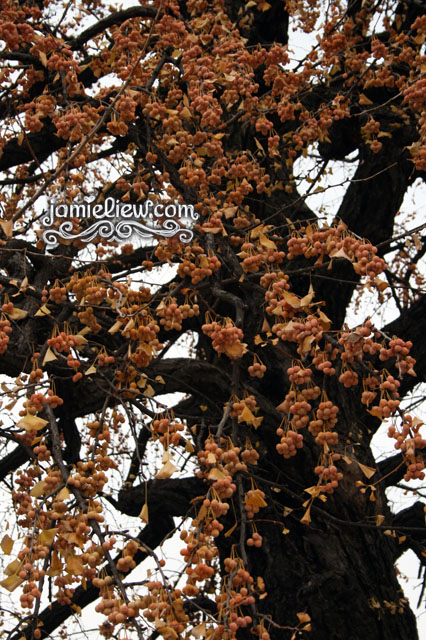 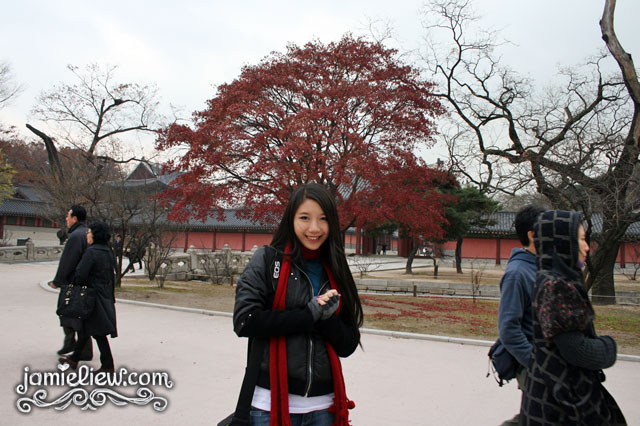 it was coooooooooold. I wore 3 layers of clothing inside and was still freezing.

a tree growing on my head. hahahaha. anyways, admission fee is 3,000won. that’s about RM9. if you would like to visit Changgyeonggung as well which is just next door, you’ll have to be prepared to fork out another 3,000won! 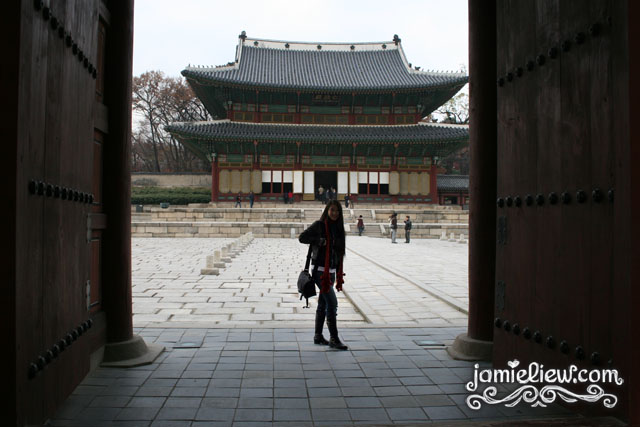 since I had no tour guide, I don’t exactly know the history of the place. but here are some pictures and.. I’ll tell you whatever I know. 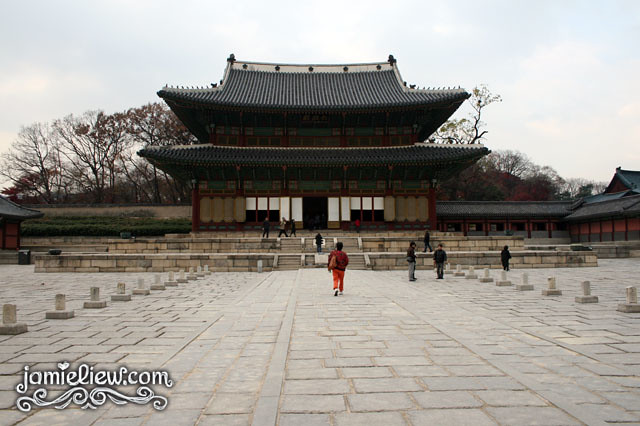 I especially like this picture eventhough it’s not too proportional. that auntie in red does good in brightening the gloomy picture up a little haha. it was a gloomy day U_U. only reason bad for visiting in winter, the sun sets too quickly. good thing is that it doesn’t really rain. hehehe. 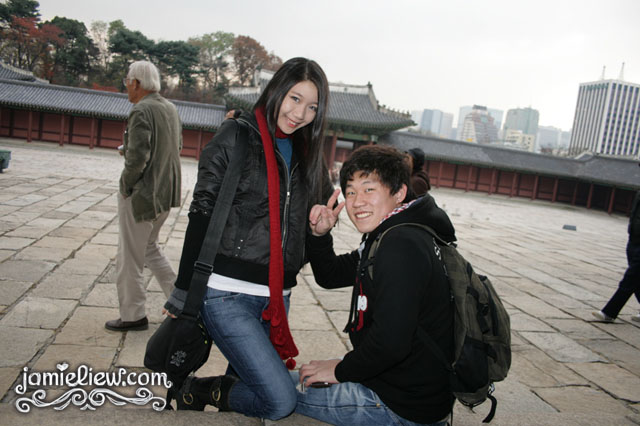 love how the palace is right in the middle of the city, surrounded by the modern buildings. showed its contrast and preservation very well. 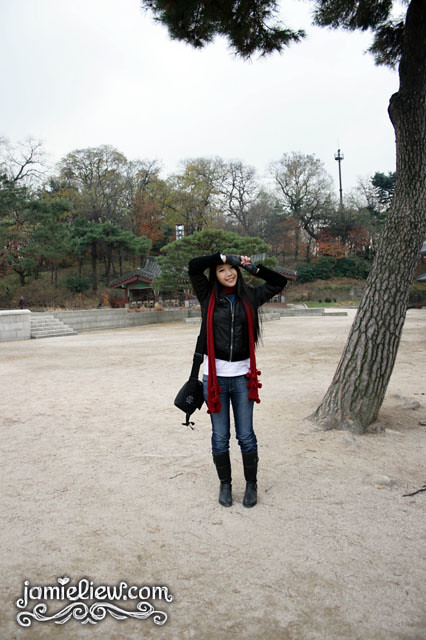 like I said, the palace is huge. I can’t imagine Gyeongbokgung. I’ll probably take a day if I want to go through the whole Gyeongbokgung haha. 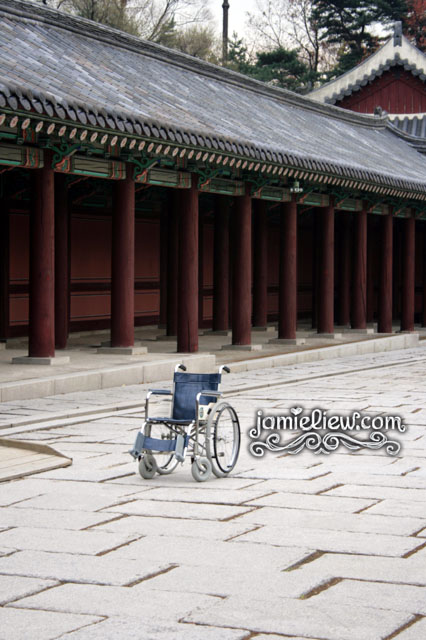 I was wondering if the wheelchair is provided by the people who runs the palace. in case the elderly are unaware of the size of the palace and it can help them get back to the entrance eventhough tired. hahaha. I think too much ey. 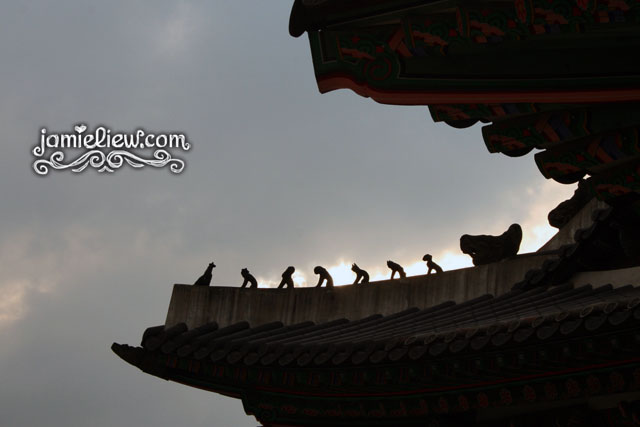 these gargyoles(?) are made to protect the palace!! at least I know SOMETHING! 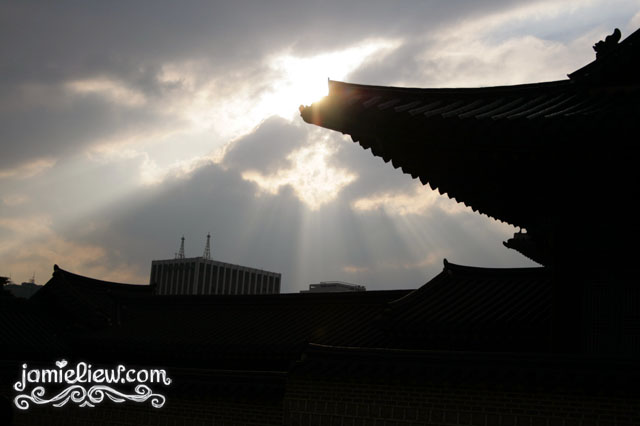 because I love the flare, I set this picture as my phone’s wallpaper! 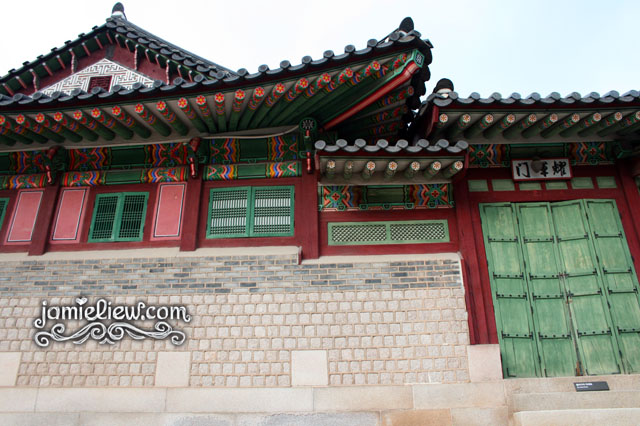 asian architecture, especially Korean ones are very photogenic because they pick attractive colours which directly compliments each other!

FACT : in the colour wheel, the main 3 colours are red, blue and yellow yes? so green, is made from blue and yellow and hence that colour is DIRECTLY complimenting red. it’s more attractive that way =D. 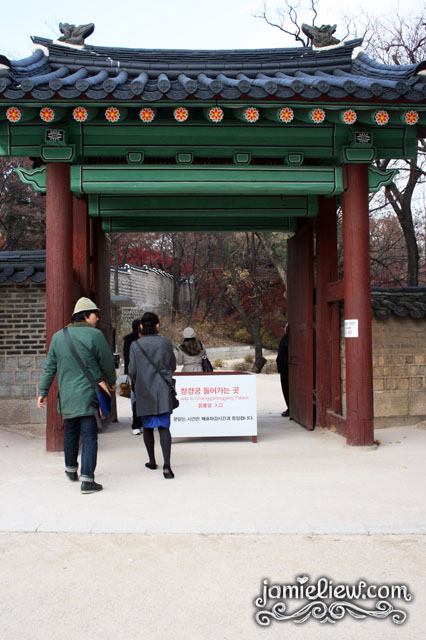 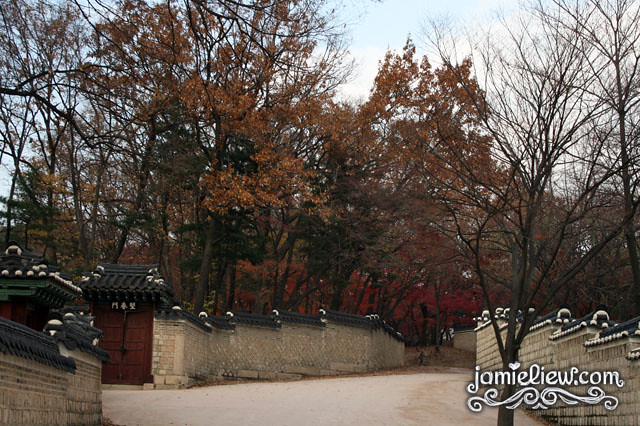 since I was too tired and was unable to finish the whole palace, I thought it would be great to show you how pathways around the palace look like. ain’t it attracting you to take a strool? but make sure you visit in autumn. =D. 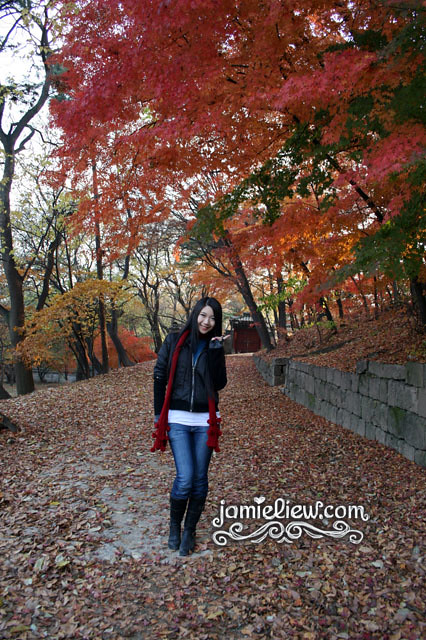 if those autumn leaves didn’t attract you that much, I bet these will. since it was late November when I went, most trees went bald already but THANK GOODNESS FOR CHANGDEOKGUNG! =D. 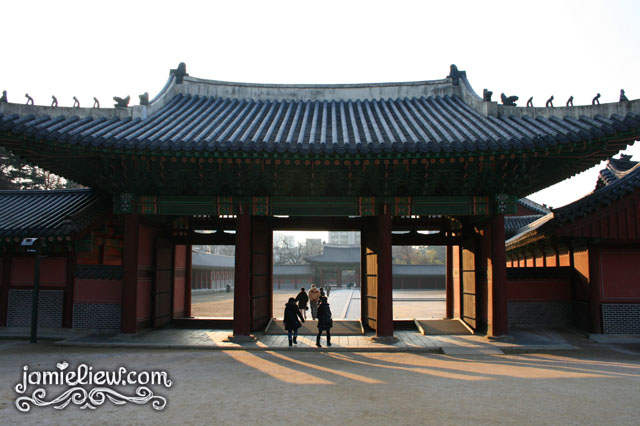 can’t stop admiring the gargoyles on the rooftop! 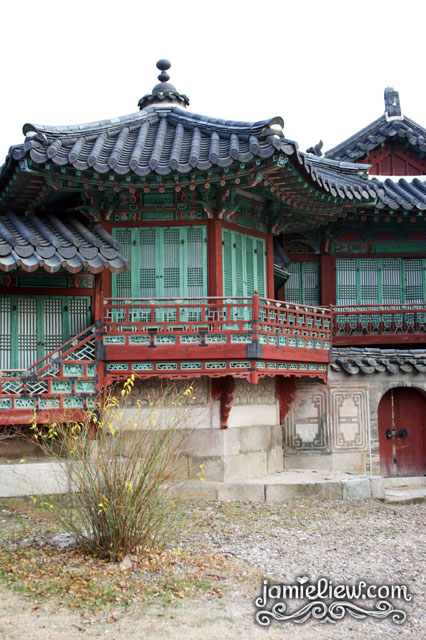 I have a thing for cascading architecture. 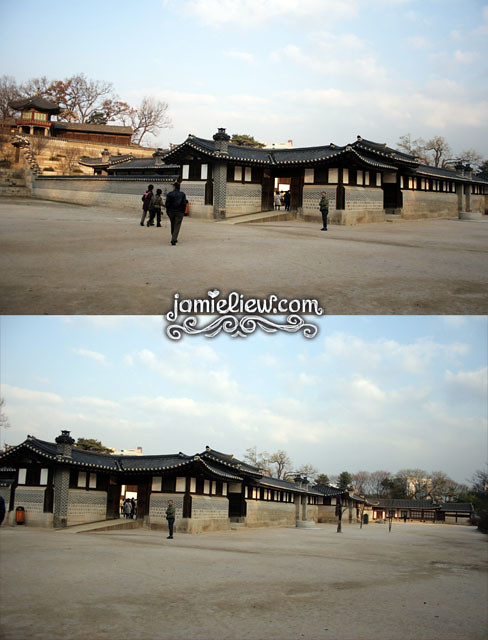 and this part of the palace is pretty unusual compared to the rest of the palace. rather than being colourful and.. woody, it is made out of bricks mostly and is painted in almost black — dark brown and white.

the palace as a whole is not exactly too much of an interesting place for us youngsters especially without a proper tour guide telling us about the history but I would highly recommend it for photography =D.

it’s also a UNESCO world heritage site by the way!

The gargoyles are based on Chinese epic Journey to The West (monkey king etc.)

Jamie!!!!!! Hahaha Good to see you here. Already added your MSN. David told me you probably come to beijing after Korea. So do let me know ok? I will not be in Beijing from 19th to 28th this month as I’ll celebrate Chinese new year with my parents. But When I’m in Beijing, I’m all yours 🙂

you’r one of the cutest and the prettiest girL i’v ever seen !:]]