Gyeongbokgung is the LARGEST palace in South Korea, and also the most popular. reach before 4pm if you would like to visit it in winter season. or 5pm if not in winter.

unfortunately, I reached at about 430 and missed the entry. because I took my own sweet time over at Changdeokgung and slowly walked over to Gyeongbokgung. hahaha. yes, it’s walking distance. but it’s not exactly near. it’s funny that we actually followed the road signs for cars to get to Gyeongbokgung heheheh. 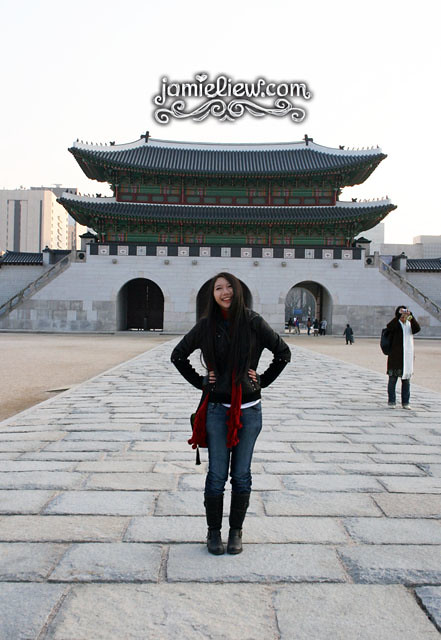 what’s behind me is the Gwanghwamun gate directly facing the main road. that’s just the first gate of the palace. fuh. and from this gate to the next? probably another 100m walk.

TIP : see that thing bulging out from my jeans? battries die 50% faster in cold weather. so it’s best to keep it around your body so it can last longer =D. 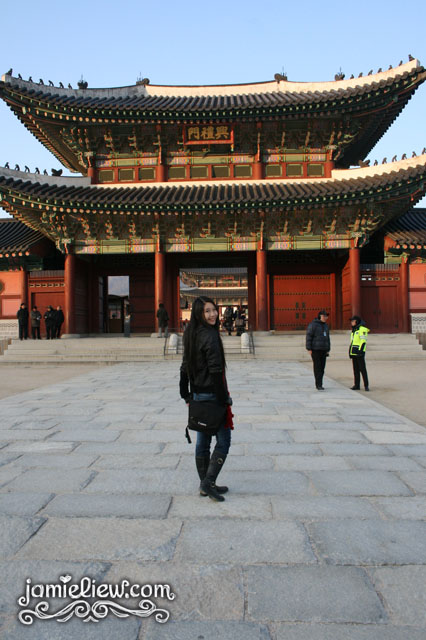 and the NEXT gate of Gyeongbokgung. even more grand. but this is the gate where you need your pass to get in. eventhough according to wikipedia, there are THREE GATES. 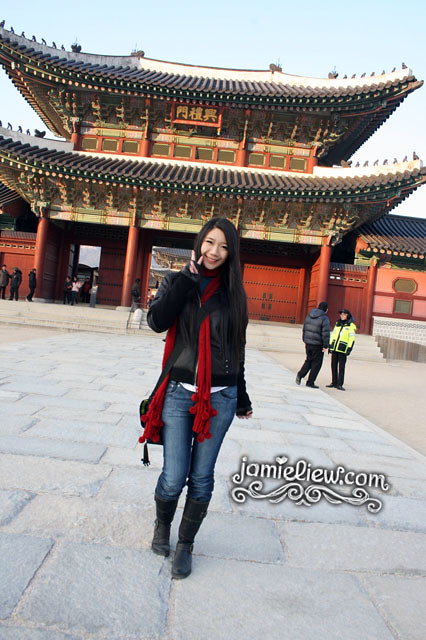 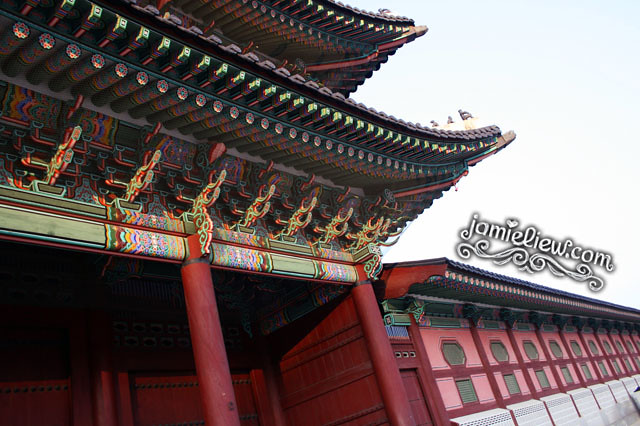 the second gate, the Heungnyemun gate in close up =3. look at those details! 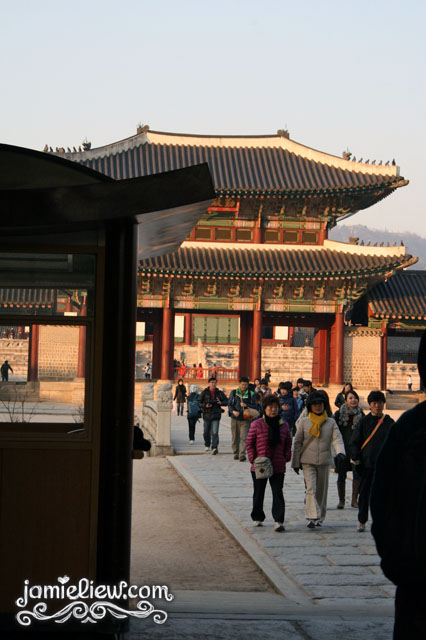 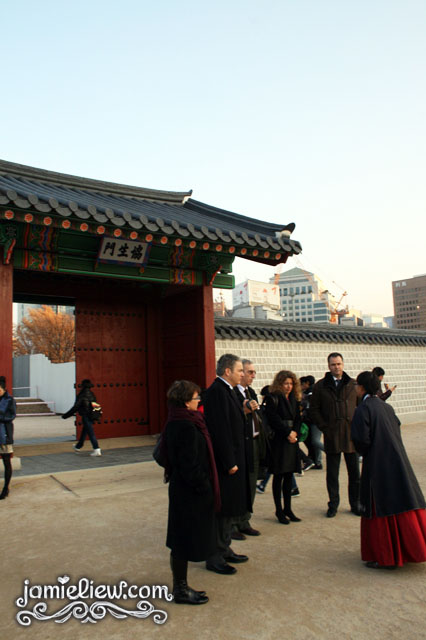 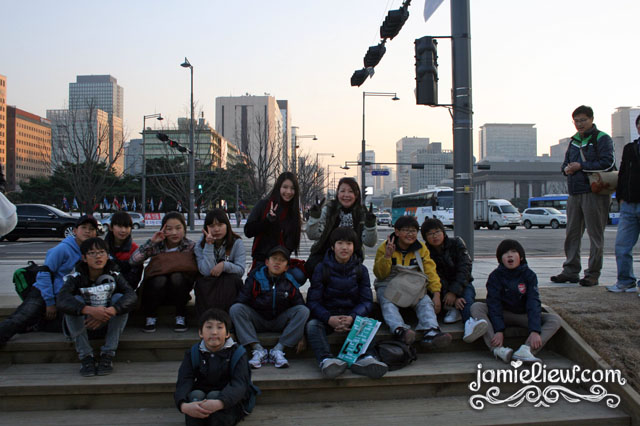 outside Gwanghwamun and met this group of very cute kids! T_________T. MUST TAKE PICTURE WITH ALL OF THEM!

Nice temple. How come you did follow the car way??? Hope you did enjoy it and it seems to be a great place

hi Jamie, i really like those pretty cafe along the sam cheong dong and would like to go there next week. Can u let me know how to go there? and what is the palace near that street? U hav visited so many palace which one do u recommend? thanks!