now isn’t that one long title. but as you can see, it’s back! 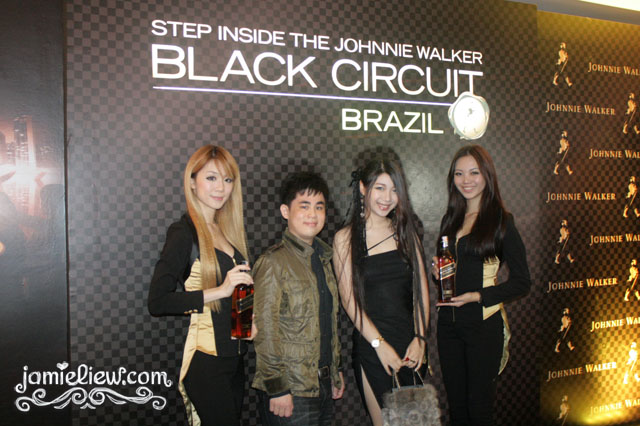 this year at least I didn’t come alone, I dragged my photographer high school senior, Gary Ng. and of course, he enjoyed making friends there hehe. he’s an awesome photographer and his link can be found on my side bar =D. do check it out =D. 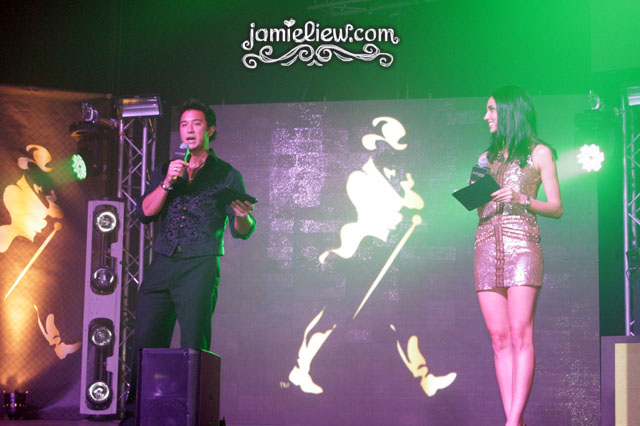 I spent my whole night gawking at VJ Dominic Lau because he’s my childhood idol. if you’re one of those that watches channel V and MTV everyday and drolls over VJ Dom and VJ Utt, you’re one of us. =P. 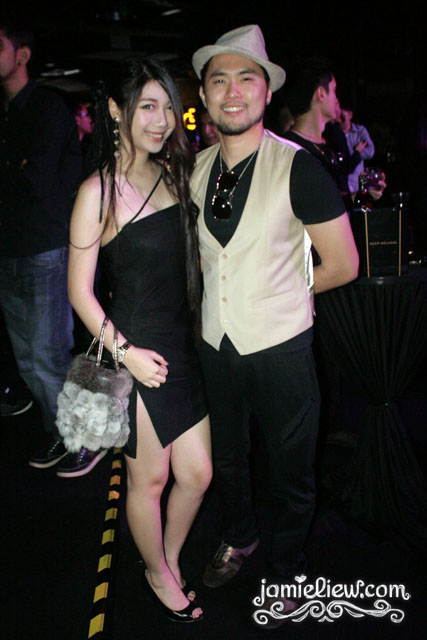 have you watched Nasi Lemak 2.0 yet? if you did, you must recognize him. the most handsome violinist so far other than Henry Lau. what’s great is Henry and Dennis are both Lau’s. hahaha. in chinese, it’s my surname as well! =D *proud of my super far away cousins* 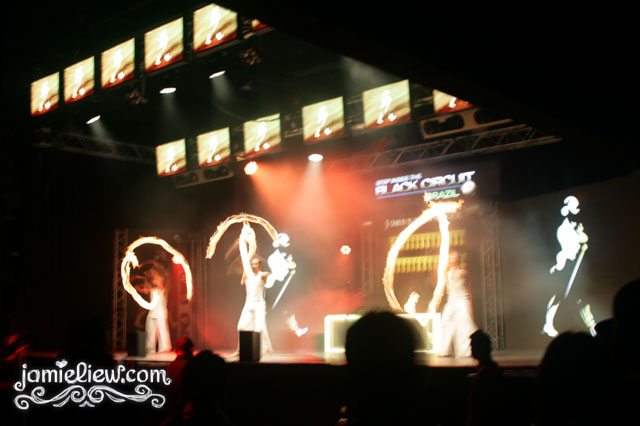 in conjunction with the Brazilian theme, everyone’s mood was heated up with these heaty performances which was really entertaining for the girls because they are all hot muscular men playing with fire. 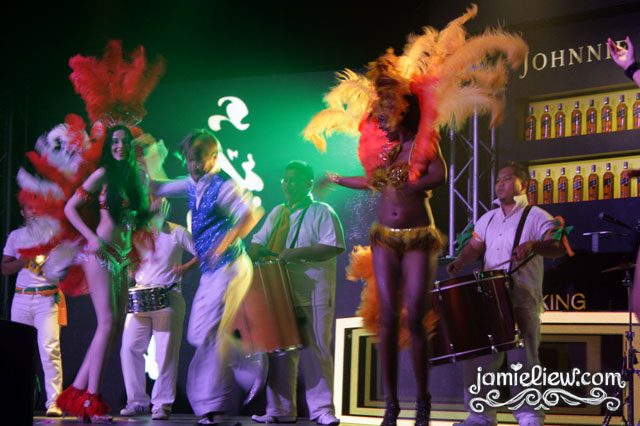 but they are not biased, they have girls in beautiful Brazilian costumes to cater for the guys. actually, girls love looking at girls too. so it doesn’t matter hahaha. 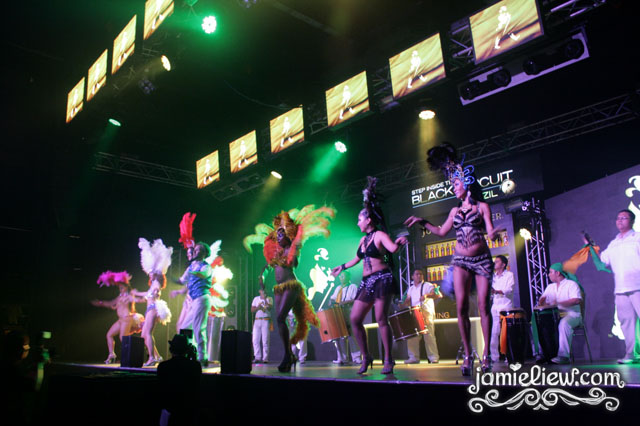 can you feel how fun it was from this picture? bet you can imagine =D. 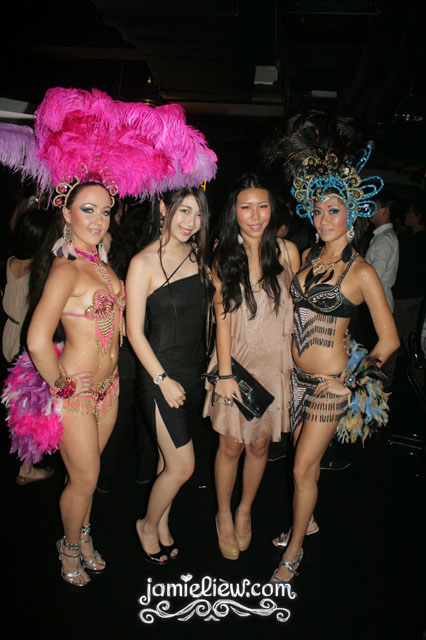 their costumes are so attractive and it definitely did remind me of Rio hahaha. 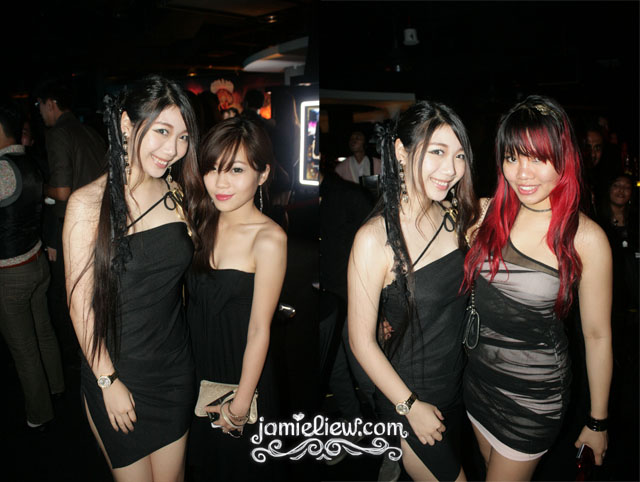 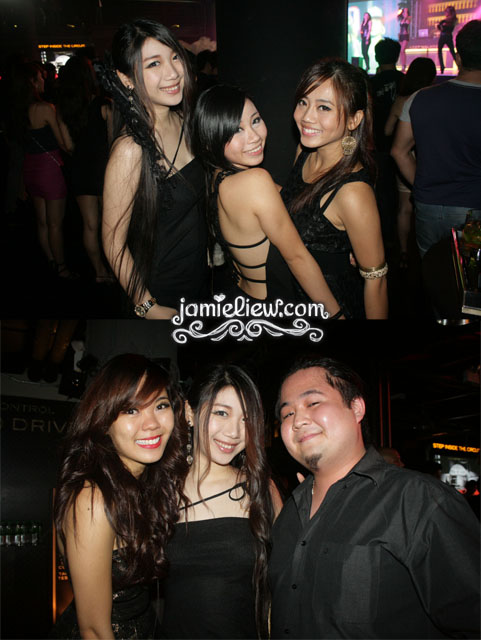 Felicia Zoe and Zoey from MHB on the top, and Amanda Liu and Matt Liew on the bottom. after we took the picture, we realized that we all 3 have the same surnames. HAHHAA. 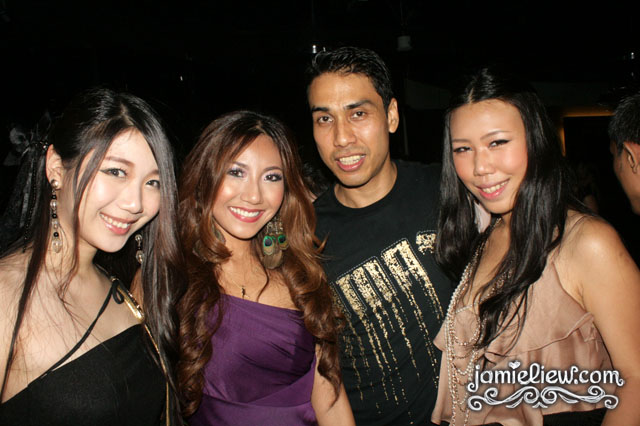 with one of the hottest model of this century, Fay Hokulani and her friend, and Mandy =D.

really, you can not only get to make friends with famous people, but you’ll also be able to meet celebrities! 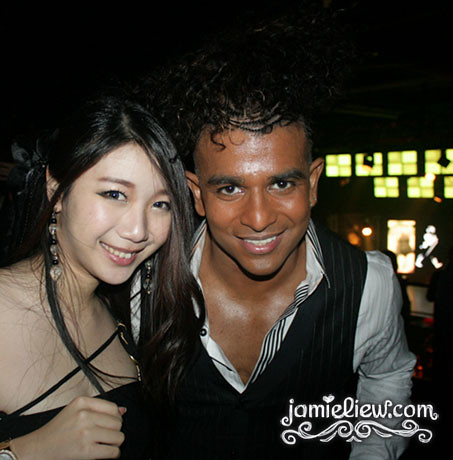 RESHMONU! I remember listening to his song “it’s you that matters” and having it as my ringtone when I was 14. he’s so awesome and is also incredulously friendly! =3. so much for being a fan girl, I actually stopped him even though he looked like he was in a rush D=. 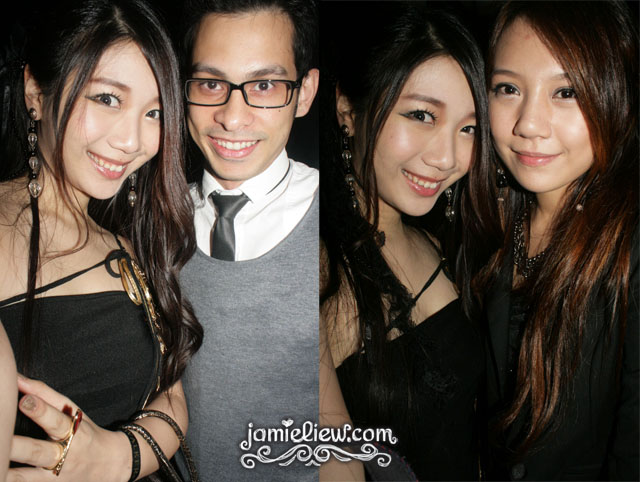 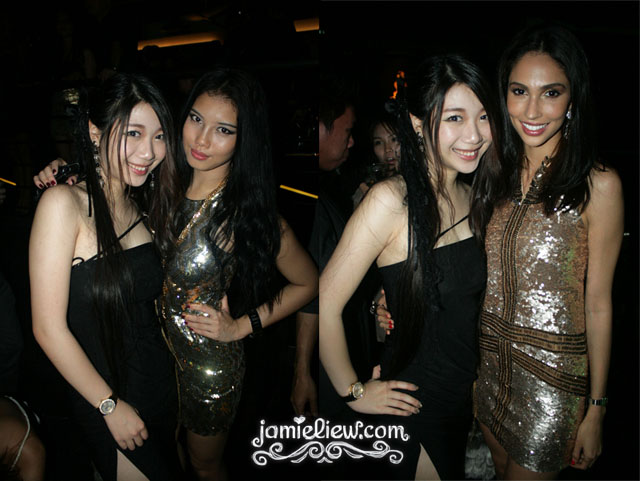 two of the hosts, Dian Sharlin and Deborah Henry, both in gold sequined dresses! Deborah Henry is soooooo tall U_U. after I wore my heels I am about 178cm but look how short I look next to her. haha. 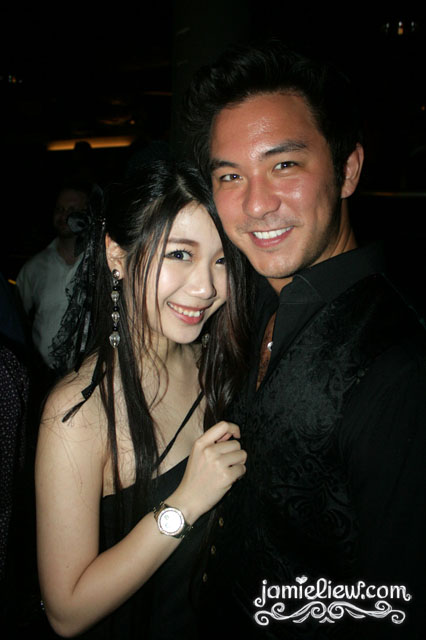 at first I saw VJ Dom already and I rushed to meet Jeremy who told me to wait SOMEWHERE where he was late. and when he finally came I was fretting and ranting it all to him that he made me unable to ask for a picture with my childhood idol. but THERE IS ALWAYS A LATER =D. I then saw him AGAIN! and I received a nice bear hug from Dom as a loyal fan! =D. A HUG! =D =D =D.

pfft they all say I look like I wanted to rape him in the picture. HAHAHA, I don’t care =D. that’s the look of an average fan girl standing next to her childhood idol. =P. 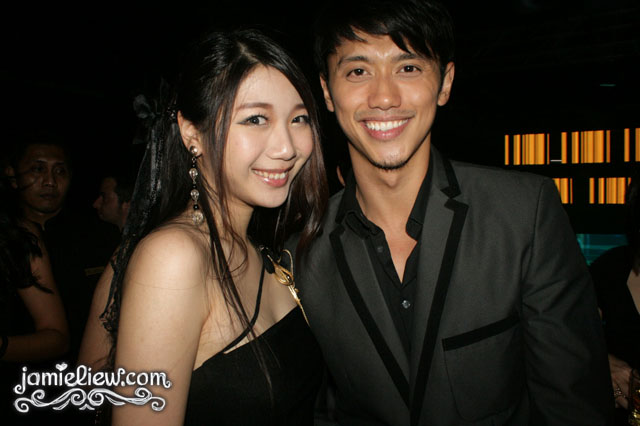 watch NTV 7? Hansen Lee definitely bent down a little for me. he’s taller than Dominic Lau! 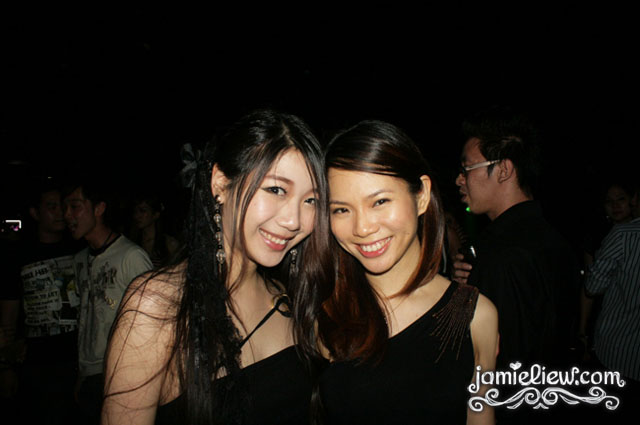 Mei Sze! I remember meeting her for the first time when I was.. 15? 16? forgot but here’s an old picture of us together =D. 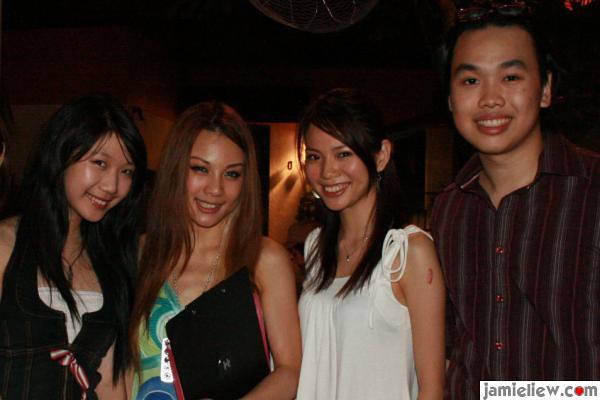 that was right after the most horrible haircut that I regretted T_T. my hair was still so short back then hahaha. see! I didn’t have long hair ALL THE WHILE. =D. and that’s Hannah Tan and David Lai in case you’re wondering ^^. I feel utmost lucky for meeting all these famous people really. and they are such amazing and inspirational people. if I hadn’t meet them I don’t think I’ll actually stand strong on what I want to pursue. 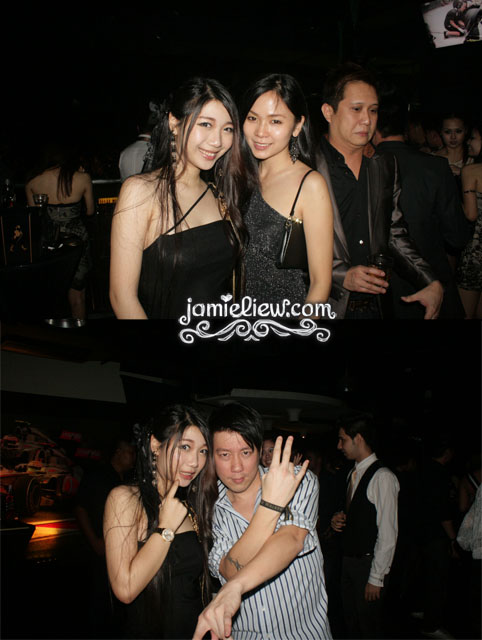 the cutest couple. here we bring you a soft and polite Erica Ting with her very playful and funny Alex Lye. you know how the Yin and Yang work right? they are a perfect combination =).

lol at the guy behind Erica’s expression HAHAHAHA. 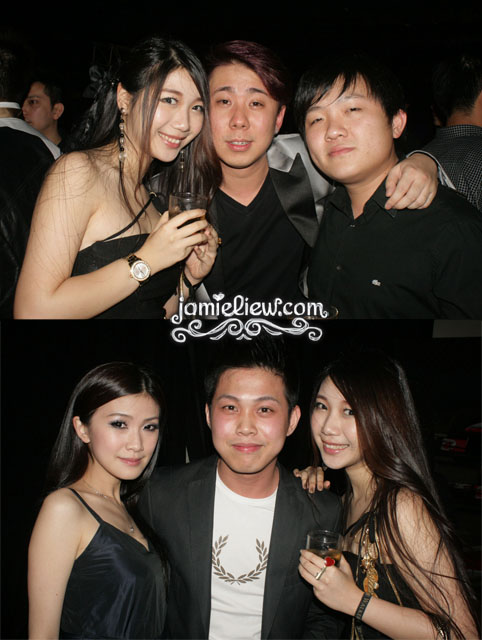 my childhood friends. only the one in the middle. both. Marciano and I forgot his name butapparentlyhisdadandmymomaregoodfriends guy on the top picture and Ernest C. the rising DJ and his girlfriend.

I have known Marc for almost a decade and Ernest all my life. 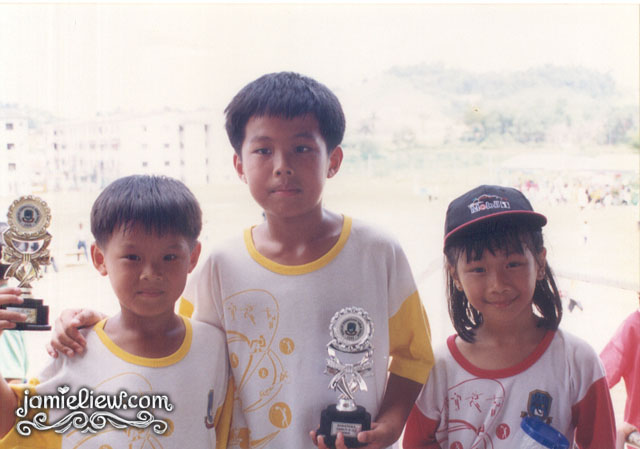 I think he’ll be furious if he sees this picture but he doesn’t read my blog so it’s alright. to his friends : SHHH okay? hehe. 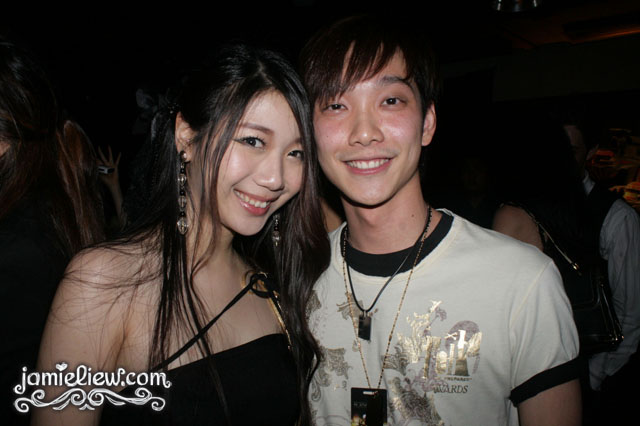 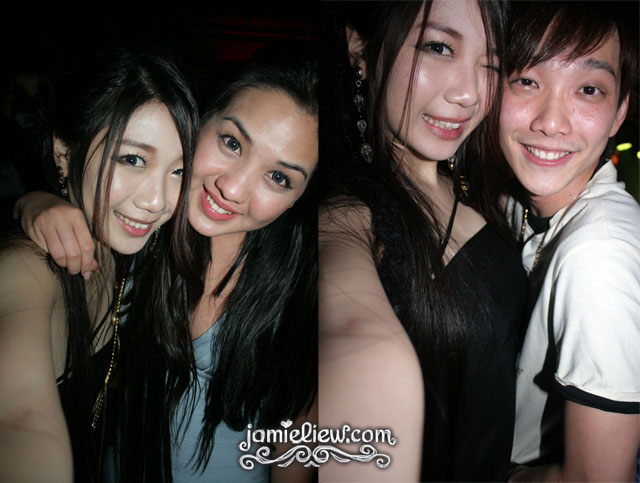 Helenness and Jeremy were both.. you know, tipsy. haha. such red faces =P. 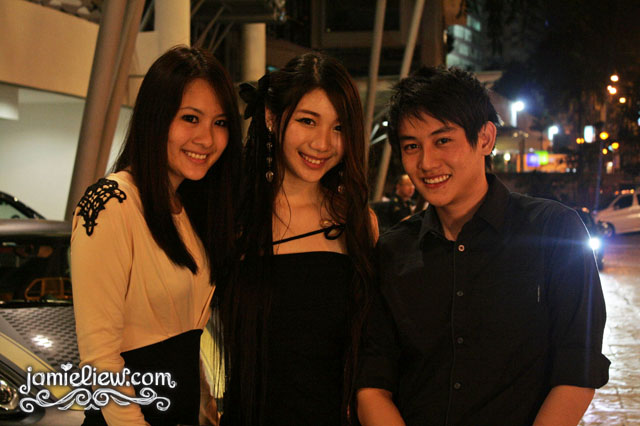 met Chammaine and Jae Shaun outside! they are the most good looking people in my friend list really. haha.

and a while ago I attended the ASEAN Awards event at Shangrila KL with my sister. 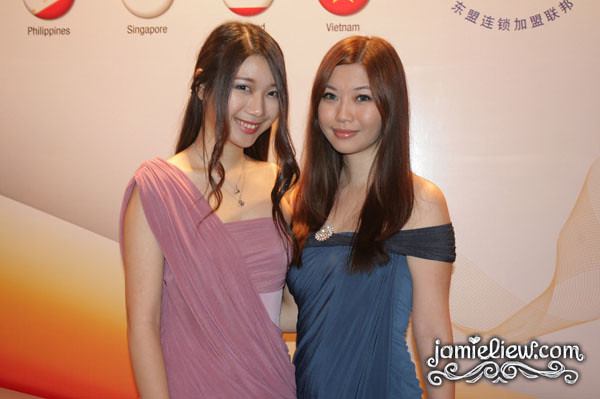 here’s Jeannie, my sister. biological sister. not like Jeremy where we only had the same face. hahaha. 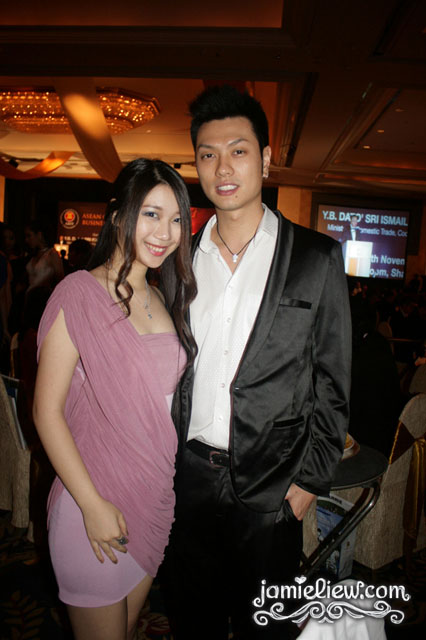 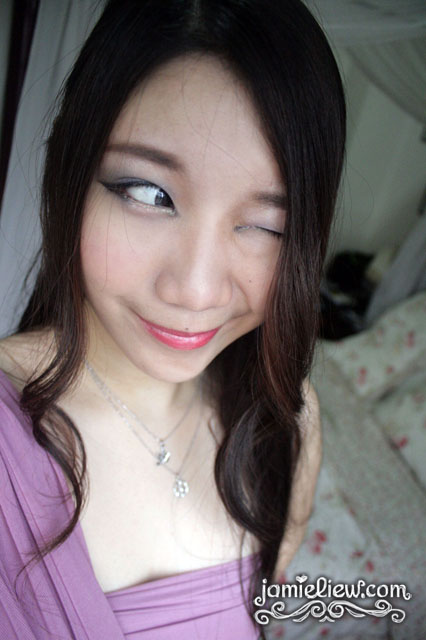 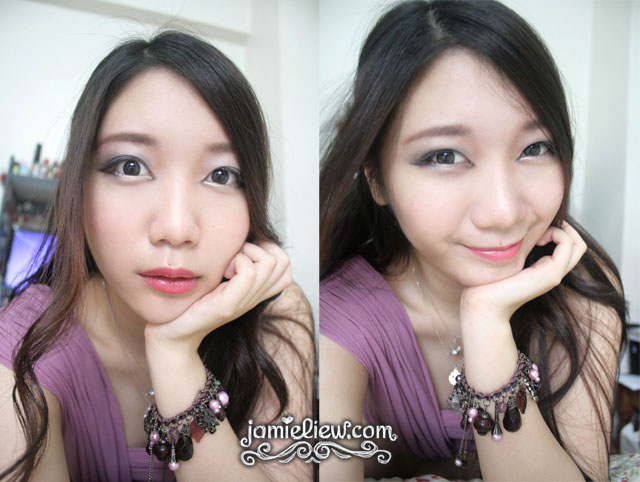 Here’s a link to ur idol…tho u’ve probably seen it already. Have fun 😉

Haha…ur ‘childhood idol’ and yet u’re unaware of such a ‘treat’ of him around? Hmmm…u don seem very passionate in ur ‘pursuits’…lolz =P