one of the few famous things I’ve known before actually planning to travel to Tokyo was this. the Asahi Beer Building. or, in a cheeky way named the golden poop. (황금똥! ㅋㅋㅋㅋ. 유진의 아빠 세 엄마 하나 봤어요?)

it’s so famous because it’s the only picture my friend whom returned from Tokyo showed me when I was still in secondary school. 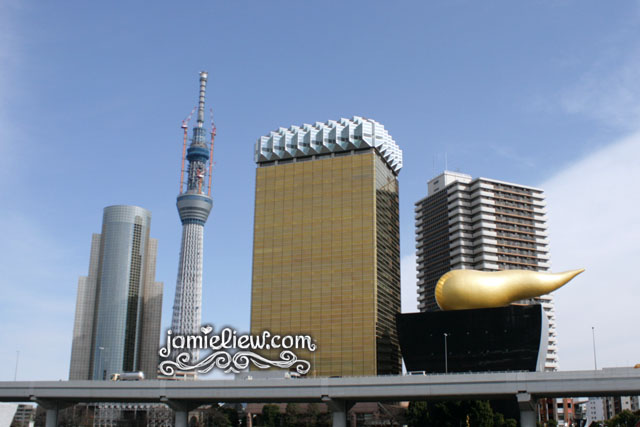 anyhow, these 3 buildings are a perfect combination. especially with the golden poop! =3.  the blue skies compliment the buildings so perfectly, this is a spot not to be missed if you were going to visit Asakusa Temple. because it’s just a few footsteps away. DON’T BE LAZY. 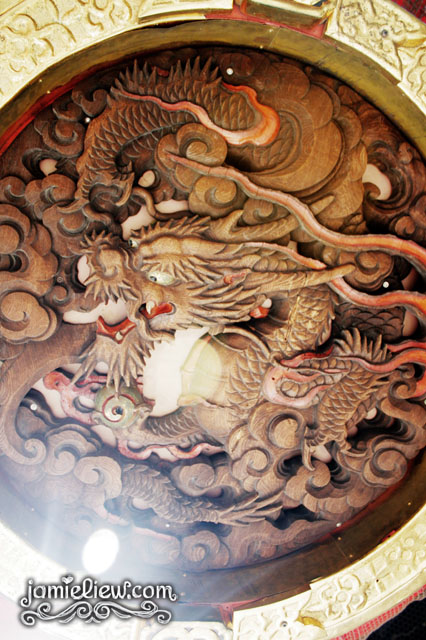 TangLong in Asakusa Temple. detailed or what? always bend down to see the hidden things yo =P. 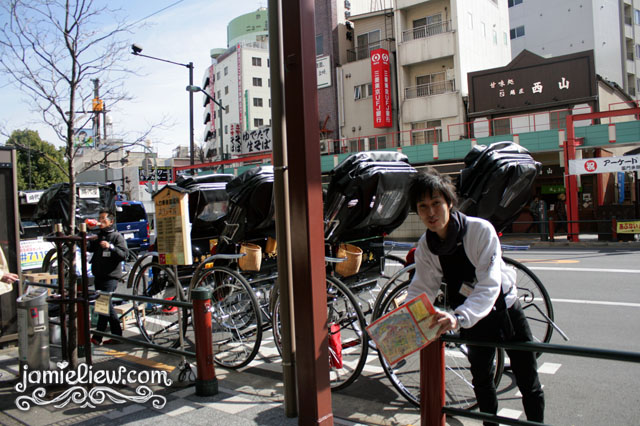 carts! I remember it was quite expensive for poor Malaysians like us T_T. 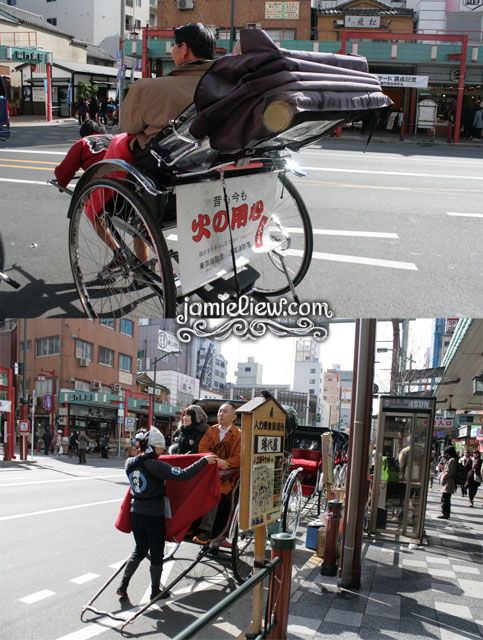 but no doubt, good experience. I’ve been on one before in China. but then the one in China wasn’t exactly a cart. it was some bamboo carriage which needs 2 people to carry. and we were going UP the mountain. so if they slipped and throw me down. that’s it. 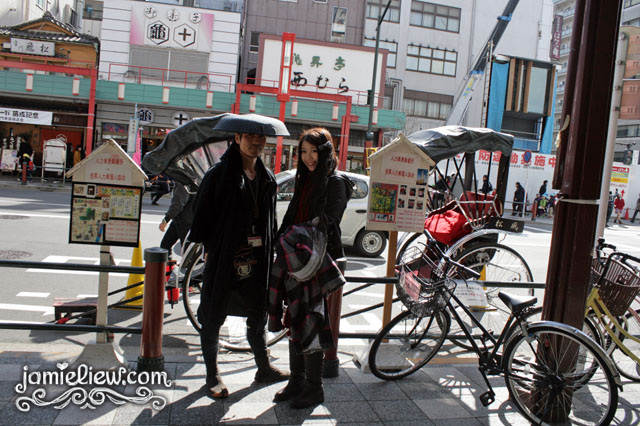 SAMURAI CART PUSHER!! damn samurai right?! with the hitler moustache and all.. and.. the robe. 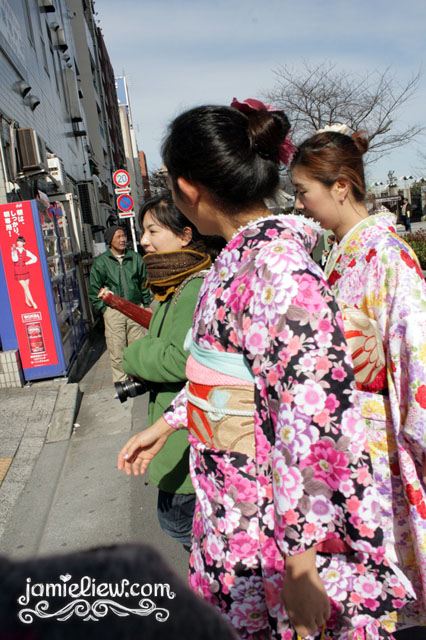 KIMONO LADIES! I love how Kimino’s are, colourful and traditionally beautiful except that it totally hides boobs. pfft. 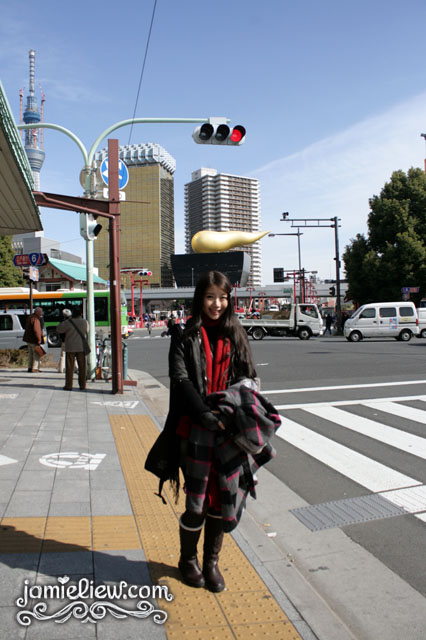 so actually coming out from Asakusa Temple, turn left and go straight. you won’t get lost. the golden poop is too special to not notice. =D. like about 3minutes walk away. 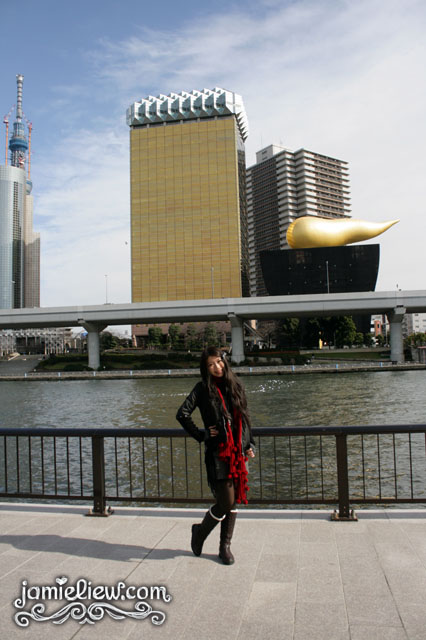 then TADA!!! you’ll be there. but actually the best view to take pictures of the giant golden poop is at the bridge, where at that time was FILLED with people at the prime photo spot. 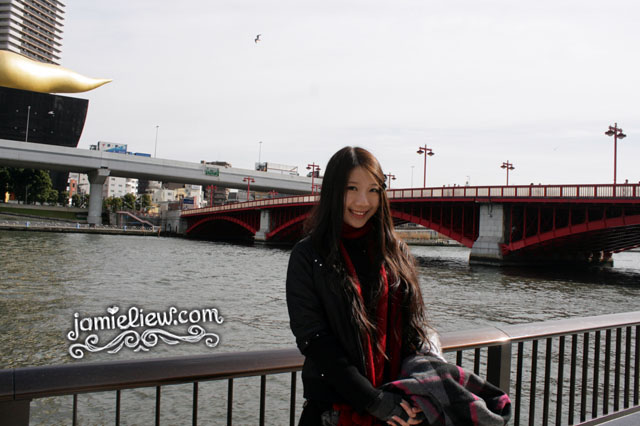 THERE’S AN EAGLE THERE!! yes I purposely posed there just to have a picture with an eagle probably 1km away from me. 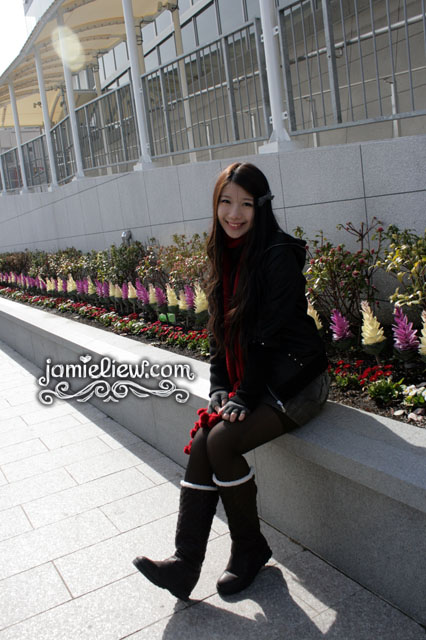 mom was in love with the flowers. are you? 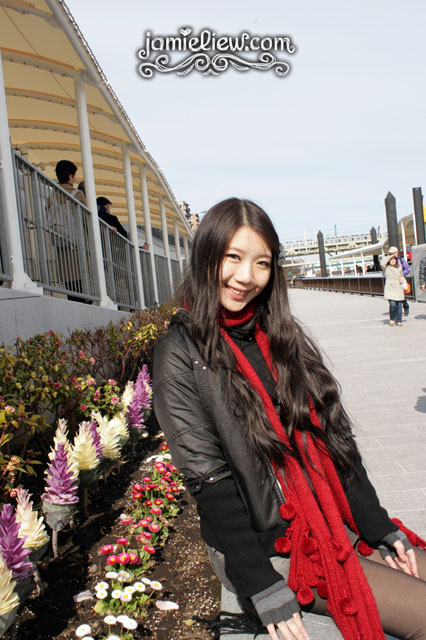 MORE FLOWERS! I don’t know how they manage to plant so much flowers in such a neat way! and it’s like this everywhere. don’t you just love Japan. =3. awesome people with awesome brains and love for the nature. 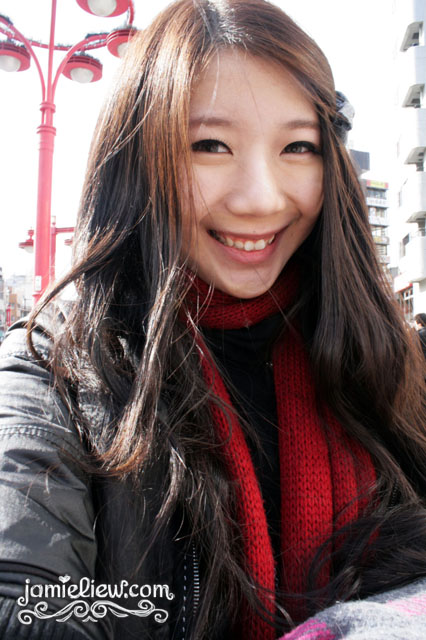