[Tokyo: Akihabara] my first step to the adult amusement park. 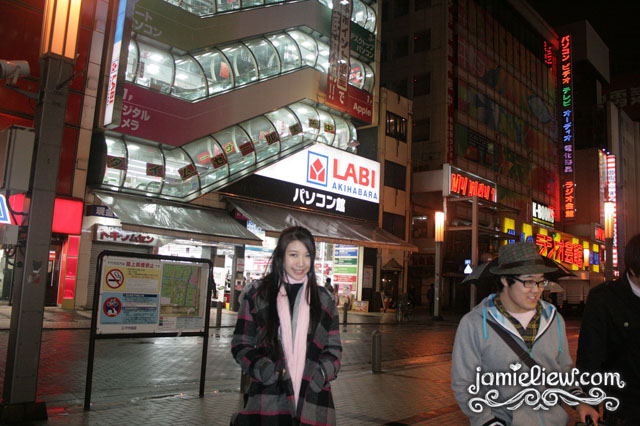 the most famous LABI Akihabara location! Labi have floors of electronic goods. you can find almost every electronic thing there. basically as long as you get out of the Akihabara station, you should be landing here. this post lack of pictures because all the pictures we secretly took on our compact camera got stolen. as in, the camera got stolen T_T. WUWUWUWUUWUWUWU. damn saddening. so many interesting things. =S. this is what you get for taking pictures of things you shouldn’t : KARMA. 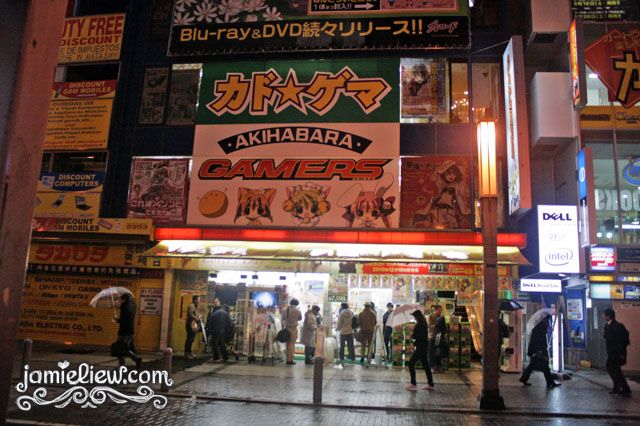 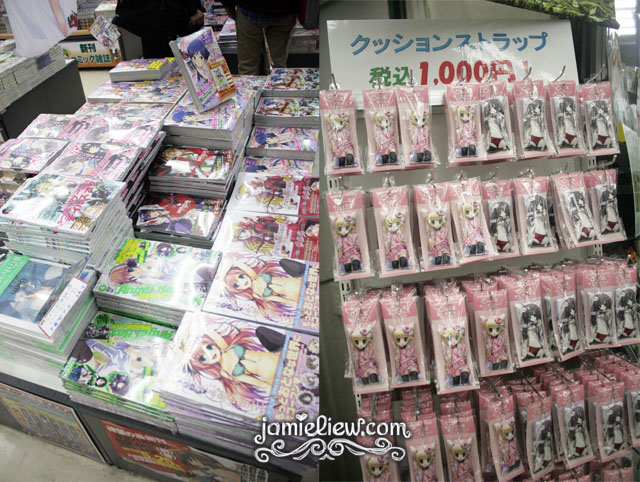 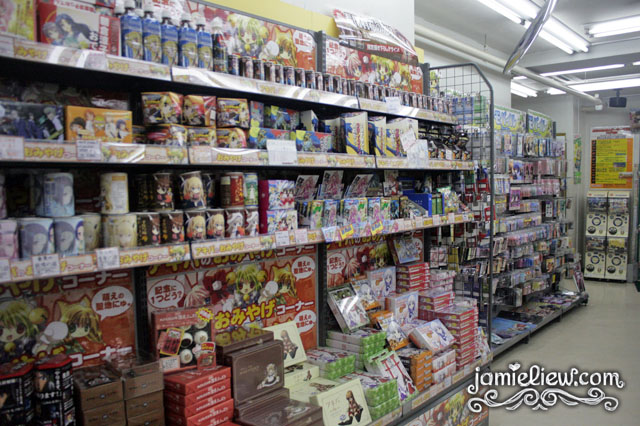 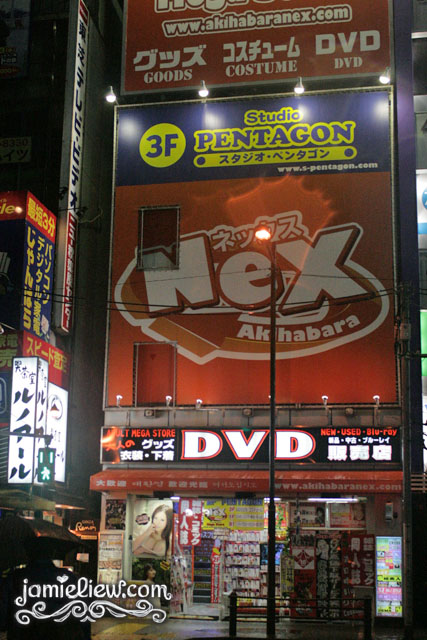 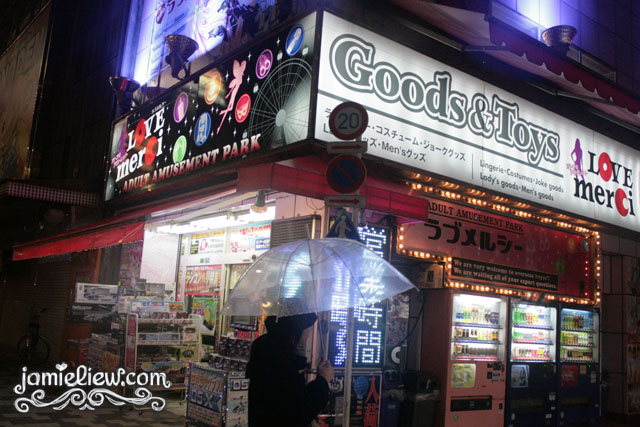 ADULT AMUSEMENT PARK. this place was awesome. we sneakily took a lot of pictures inside. but it’s all gone T_T. nevermind, let me explain what I saw..

firstly, the weirdest thing I saw which I really wanted to buy for my twin brother, Jeremy, (but so sorry it was over budget hahaha. costs like RM40bucks for a bottle that isn’t even big!) was some kind of weird jelly. edible. they had a whole range of it. gel-like, colourful and available in more than 10 different flavours. it’s to put at the you-know-where.

then, I saw something sick. it’s how you would start up your car with those two plugs and all. except you’re supposed to place those two electrical plugs on the girls tet tets and “shock” them. the illustration was AWFULLLL. it was this guy laughing looking like a hyena while the girl screams in pain. disgusting. I KNOW.

next, I also saw various ranges of the male’s organ. and those ding dongs are available in SO MANY SIZES. and my mom pointed at one that looks almost like a machine gun and said “those belong to the blacks” and then she pointed at.. I assume what supposed to be the normal size “these belong to asians” HAHAH. it was such an educational trip.

other’s are pretty normal. but because my mom and I are both females we can only excess 2 floors. (this place have 7 floors!) I peeked up to the 3rd floor and I saw A LOT A LOT A LOT OF UNIFORMS. and they.. shouldn’t be for humans. eventhough they are made human sized. because there are plenty of BLOW UP DOLLS (baloon dolls with a pocket on it’s private part T_T. damn sick pfft.) NEXT TO THOSE UNIFORMS. my eyes wouldn’t widen as much as that day. =S.

and well.. that’s it. other’s weren’t too different from what you might be able to find here. except fancier. but there were really tonnes of adult toys that I couldn’t figure out because it’s in Japanese and I am highly illiterate at it. 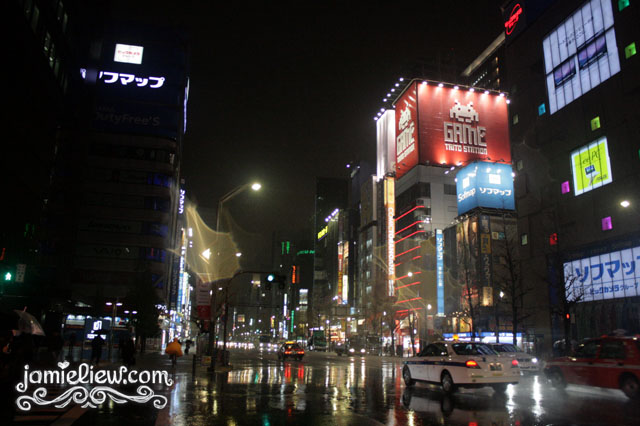 okay other than the fact that it has all kind of sick and unique toys, they sell a lot of electronics, phones, very adorable mini electronics, a lot of cameras, second hand cameras…. and they all come in 10 floors. so if your a tech wiz, you should really come here. 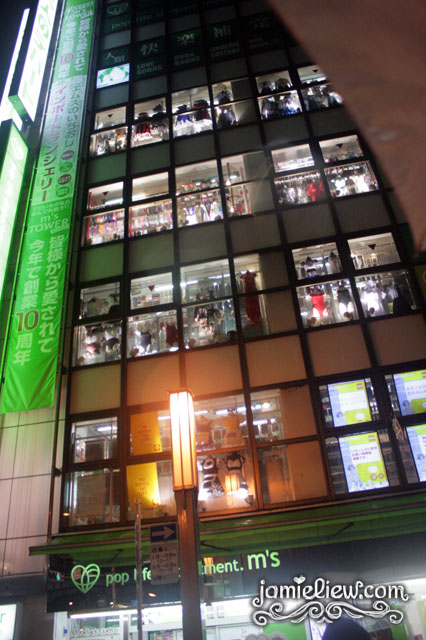 7 floors worth of sexy clothing/uniforms. now ain’t that mad. 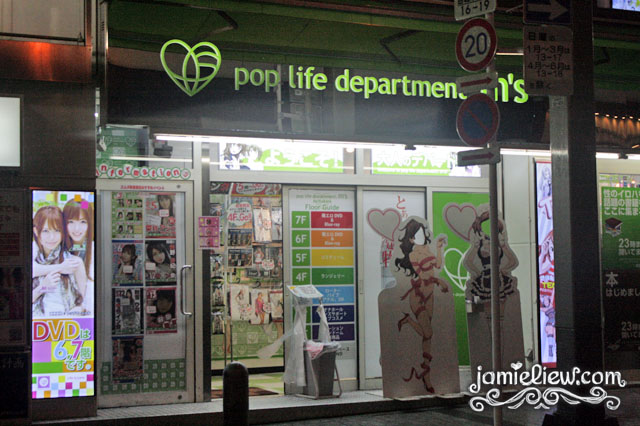 they have so much they had to categorize them in levels. and bare in mind, each level is pretty spacious! 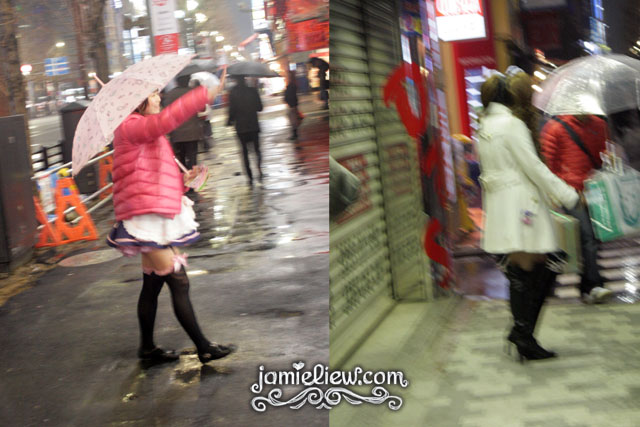 girls dressed in anime costumes that will run away or turn away whenever anybody tries to take pictures of them. hahah. but they kind of give out fliers for stores. =D. with full anime attire, can can skirts and wig.

I’d give this place 10 points for it’s worthyness of visiting. even if you don’t like Technology stuff/Animes/Adult toys, you should come and have your eyes widened up a little =P. it’s not something you can find anywhere else. it’s just available here in Japan. place with a great variety of naughty souvenirs ;).

Where are my naughty souvenirs? U didn’t get any for me? Pfft…

I really wanted to see the pictures!!! Dx

please curse that bloody theif!! pfft. he totally took all the most interesting pictures T_T. but it is illegal to take pix in there =S.