well, not exactly INSIDE the market but it was those lanes of shops outside it. to my horror, it was closed on the day I went T_T. (LIKE WHY ON THAT DAY OUT OF ALLLL DAYS.) so do not repeat my mistake. DO NOT GO ON WEDNESDAYS. =(. I remember I checked before going and I thought it was closed on Tues. OH WELL. =(.

according to my friend living in Japan, he said that the famous tuna fish auction is limited everyday and you’ll have to get there at 5am in order to witness it. heck. 5am? what am I going to do after that? fish shopping? =S. but it’s alright because other than the inner market, you can stroll around the outer market even at 9am =D. I was actually very determined to try out Sushi Dai. BUT IT WASN’T OPEN TOO. =(. the other branch outside doesn’t open so early either. =/. 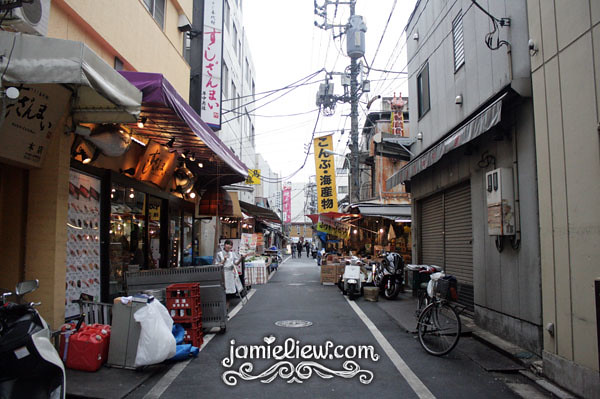 one of the many lanes. 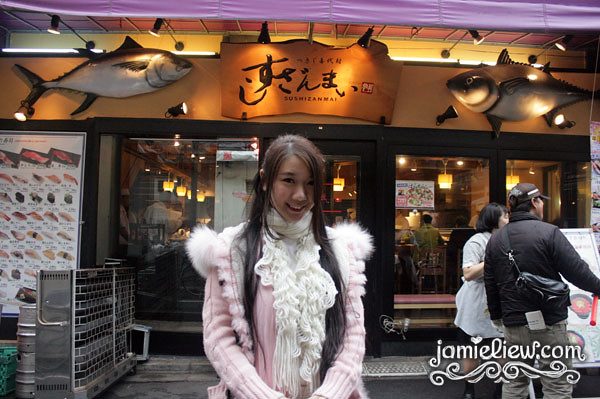 yeap, the TOKYO ZANMAI!!! despite having Zanmai here so often, I still wanted Zanmai there.

Cliff told me that all the shops at Tsukiji serves fish of the similar freshness and just go into ANY shop. 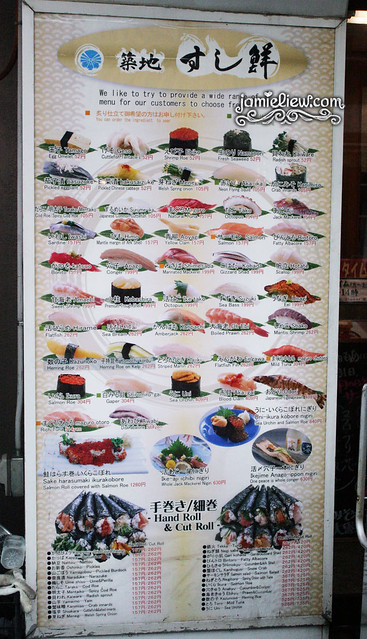 in most places in Japan (other than those with the conveyor belt), sushis don’t come in pairs. =P. yes, so that’s the price for ONE PIECE OF SUSHI. wuwuwuwuwu. T_T. but the Uni there is so good. SO GOOD. (more on Zanmai later on!) 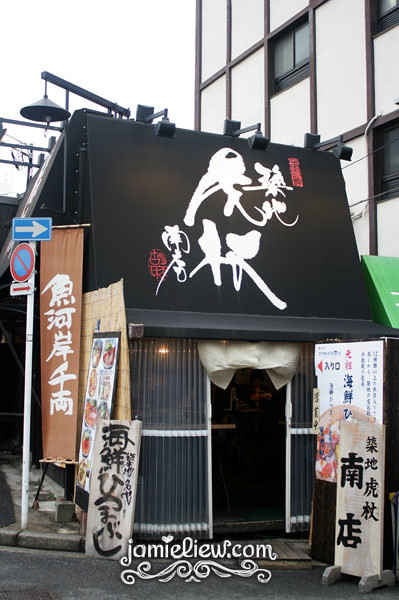 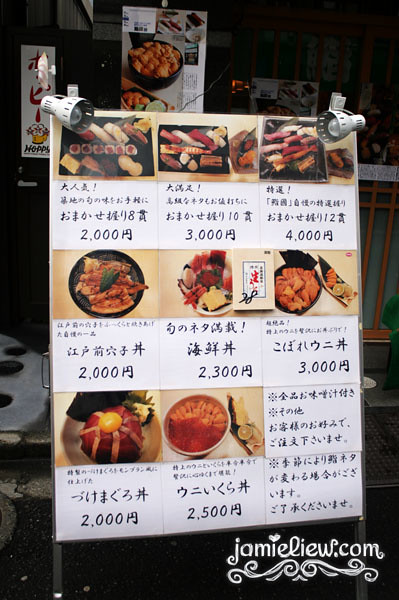 not the same shop but also serves the same thing. and these rice bowls topped with fresh sashimis are very expensive T_T. heck that’s like almost RM80 per bowl. *dies* 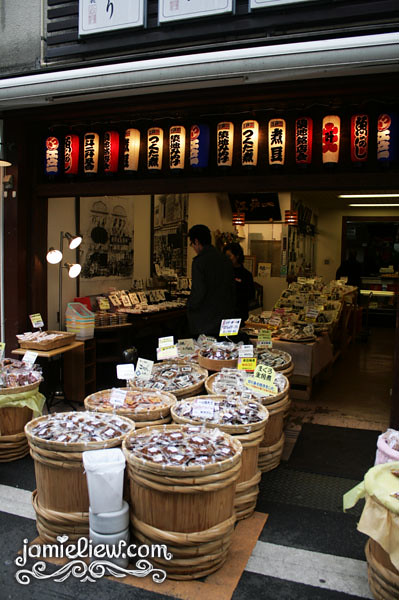 I stood there for a while to wonder what they were selling. but I couldn’t tell. looked like some japanese sweets to me D=. NOT CHEAPP. nothing is cheap in Japan other than Yoshinoya. U_U. 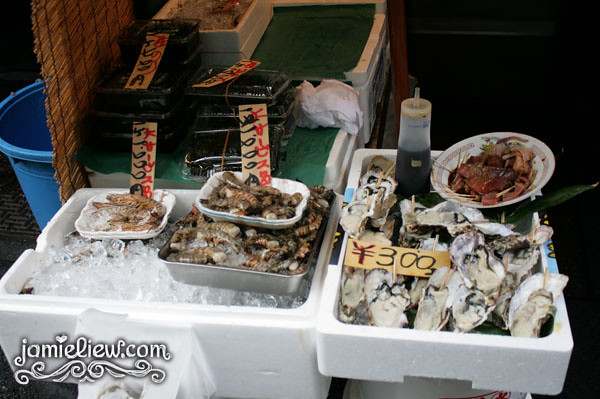 and here comes the fresh seafood! 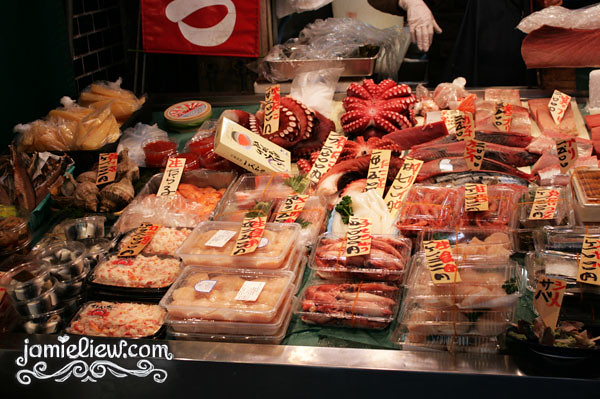 gosh look at that octopus! <3. 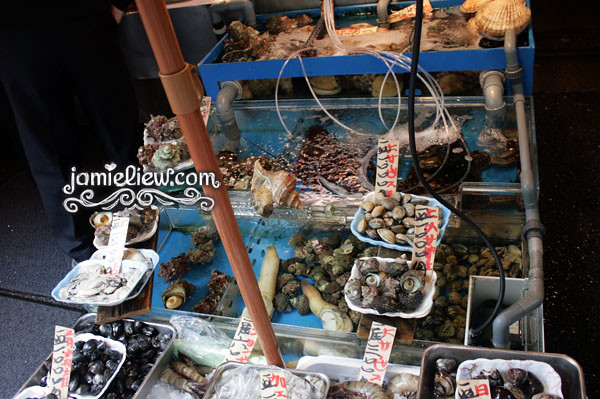 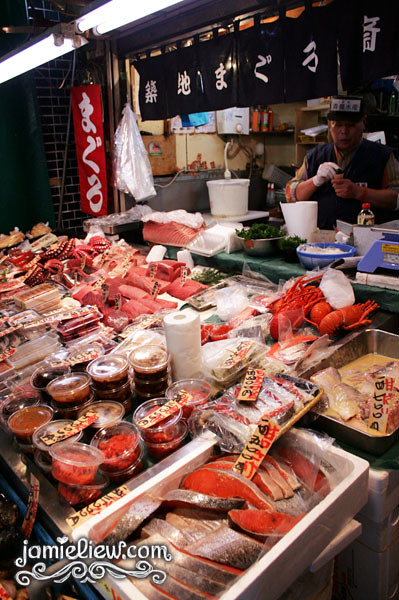 I somehow find this picture artistic! ^^. it’s very subjective but do you think so too? D=. 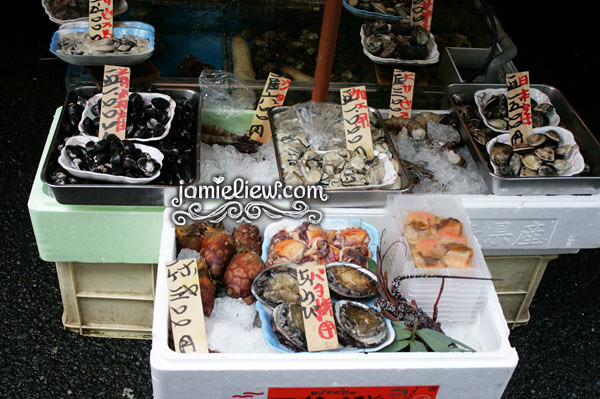 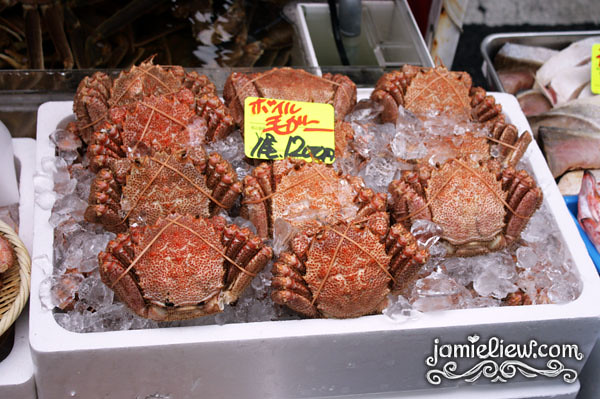 ah! beautiful crabs! hur– I want to eat Hairy Crabz now. they’ll only be available at the end of the year pfft. 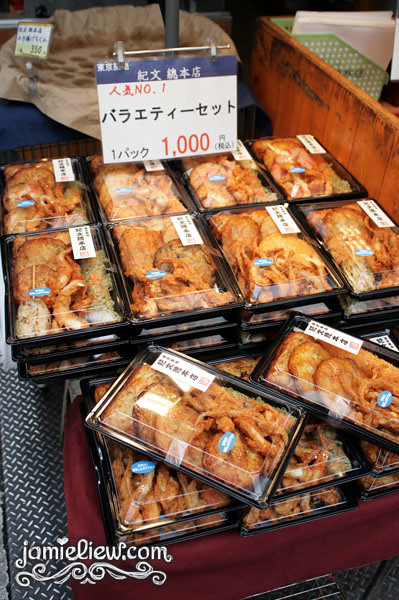 TEMPURAs! isn’s that a bit too pricey? =S. probably it’s because it’s No.1. haha. but most bento’s around that area costs 1000yen and above. =S. can’t blame. 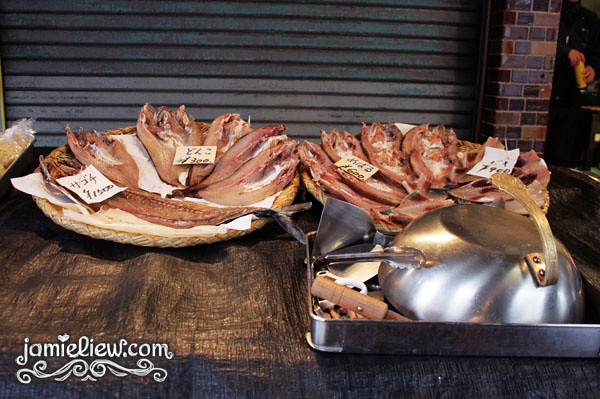 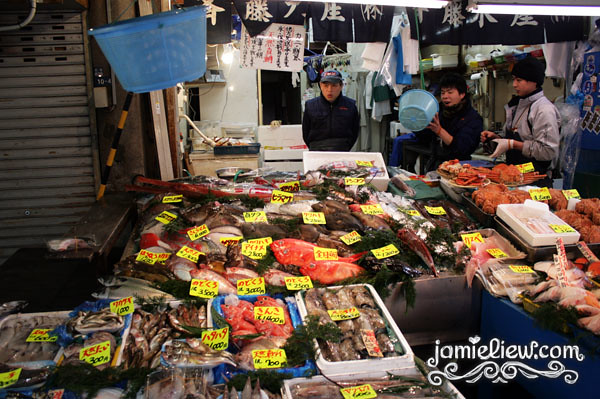 the thing about Japanese people are.. they are really well mannered T_T. they allow you to look at their things, stroll around and they wouldn’t even give you a STARE! went to Noryangjin in Korea and got scolded just for taking pictures by this auntie. HURR. T_T. 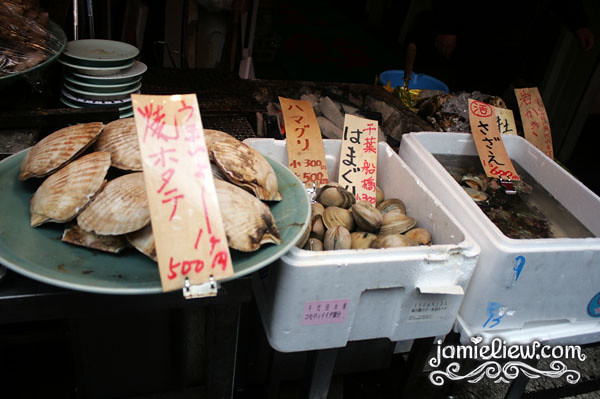 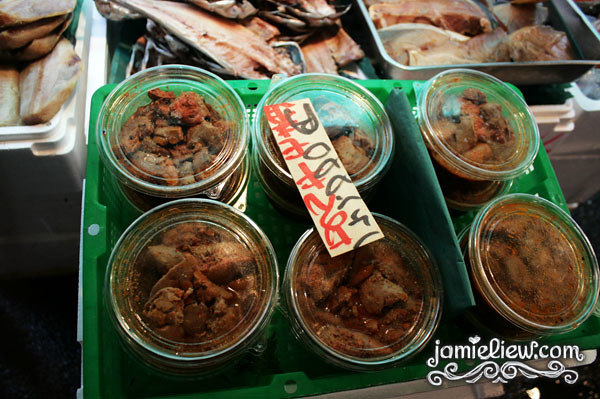 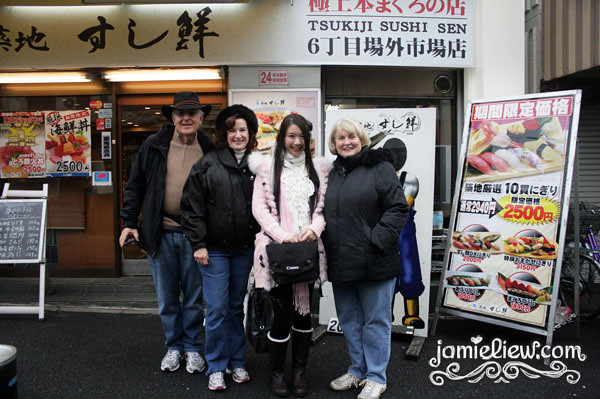 we met this really nice group of tourist from California. and SHOCKINGLY, they thought I looked a LOT YOUNGER THAN MY AGE. it feels good to look young but it’s just so weird. in a Malaysian’s eye, I’m ALWAYS 20 OR ABOVE. T_____________T. yet they actually thought I’m like a little girl D=. I wonder if it was the hair style or what but it’s great to look like 16 no?! MUAHAHAHHAHA. 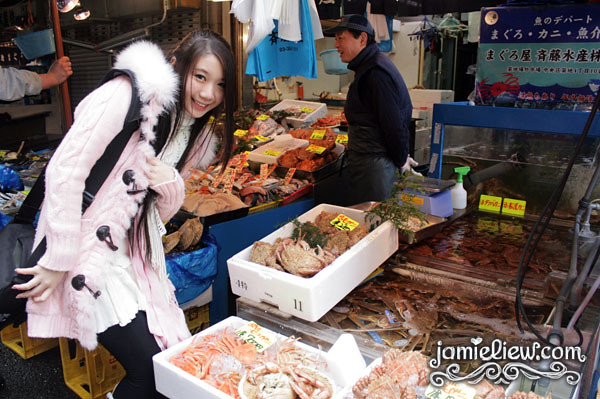 I am a huge fan of crabs. but why are there no jelly fish? I’m a bigger fan of jelly fish!

AND CAN YOU SEE THAT SPIDER CRAB RIGHT ABOVE MY WATERMARK? ITS LEGS WAS AS LONG AS THE TANK!

how to get there? get off Tsukiji station on the Hibiya line and walk straight then turn left on the main road (if I am not wrong!). you’d pass through this really huge and beautiful building with a wide parking space(?) which looked a bit like a government building if you’d ask me. haha.