it was quite some time ago, not long after my Japan trip where I returned fat and dry. it was Jason’s 2xth. and it’s the third time spending his birthday with him. he’s always 12 to me. because the first time I met him, we became instant friends and he told me he’s only 12 when I told him my true age, which is 16 at that time. hahaha. 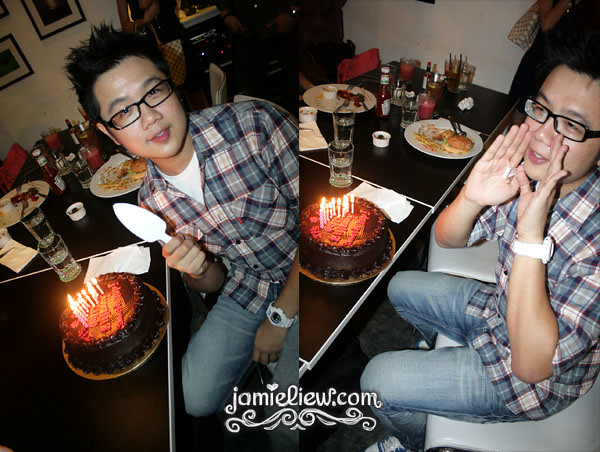 here’s Jason with his MANY MANY MANY number of candles. more than mine this year tsk tsk.

things I have to say about Jason? well, Jason is.. Jason. he is very difficult to read. he has awesome photography and photoshop skills. hmm what more… and is absolutely funny with whatever ‘quotes’ he make, and it’ll start becoming a trend. one of it was, “DAMN NICE!” in the Jason tone. haha. 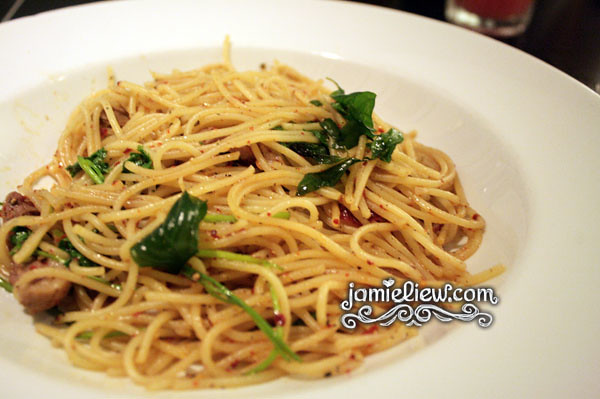 my Aglio Olio with duck meat. it was pretty good I’d say. Frames @ Sunway Pyramid is actually famous for it’s quiet atmosphere which makes it comfortable for their guests chat with their friends =D. 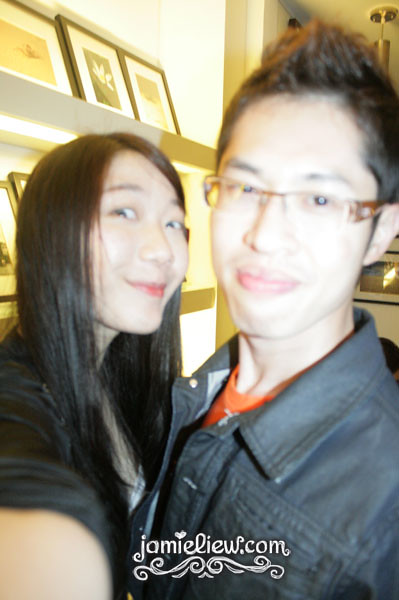 miang-faced me with Baldwin. =P. 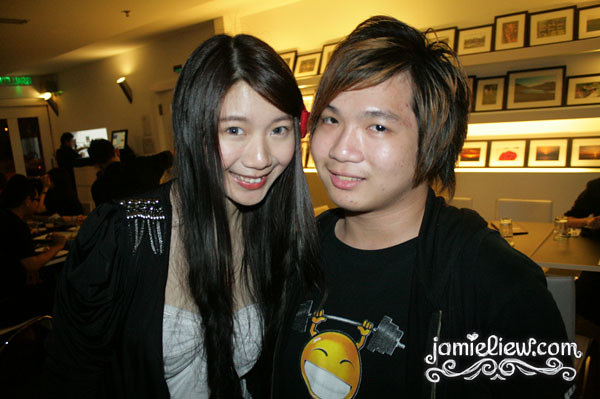 it was a coincidence I must say, that Nuffnang organized an event at the same place. slightly earlier. I knew about it being on the same day but I didn’t thought it would be in the same place! 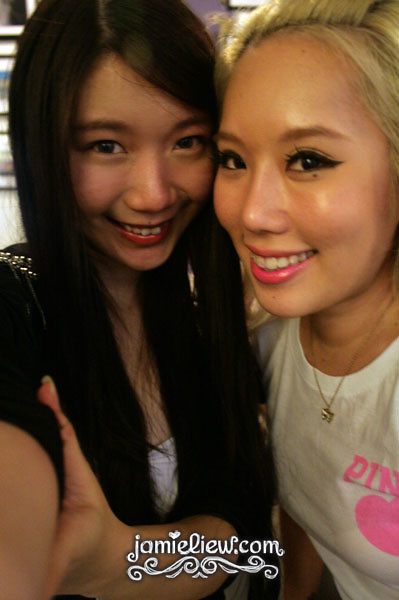 Asia’s most famous blogger, Wendy aka Xiaxue. she’s one of my favourite blogger =D=D=D. do read her blog! she’ll make you keep reading. it’s like how serif font’s won’t make you get tired from reading! haha. I just learned that today. that sans-serifs is least suitable for lengthy texts! 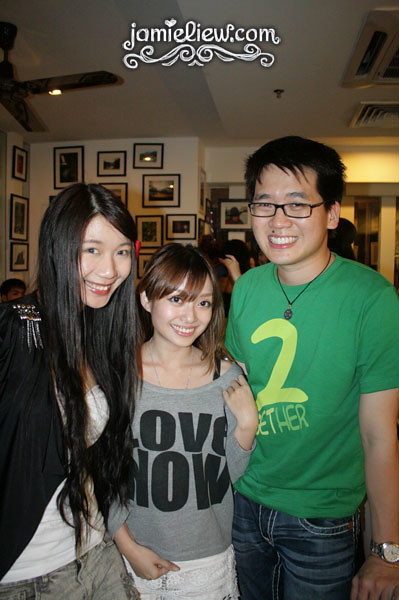 Audrey (fourfeetnine) and Timothy! it was such an awesome event with all the great bloggers there! missing out Suet Li T_T. I have yet to meet her U_U. 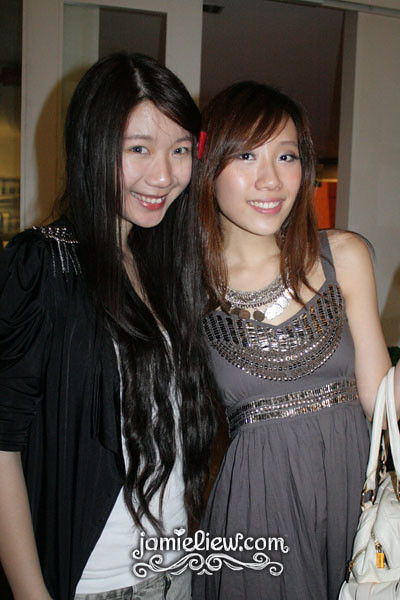 Tey Cindy and Jamie with her hair all over her face. T_T. 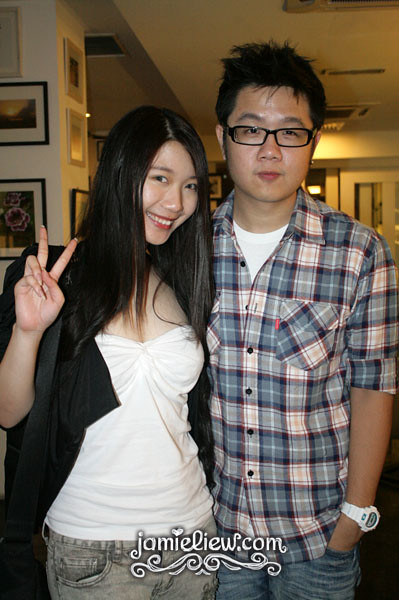 a pose I adapted for spending the week in Japan. haha!

there were actually quite a lot of pictures, but I was having a bad skin day that time.. and I don’t think you’d like to see them. haha! =P. (my skin only looked okay when taken far away. pfft. and most of them were camwhored T_T.) always remember to moisturize your face with a great amount of hydrating cream when you’re going to a cold and dry place T_T. don’t underestimate 6 degree celcius. pfft.

Hey Jamie! I’ve been reading your blog for about two months now and I’ve never had the courage to say that I really REALLY enjoy it! Your pictures are so beautiful (you are beautiful) and very inspireful. I Like the fact that you travel and move around a lot. Sometimes I don’t understand when you talk about prices and some cities or places or even meals I’ve never heard of before, but I’m descovering things thanks to you. I’d actually love to go korea and japan sometime, especially Japan, I’m deeply attracted to that country…So that’s it, just wanted to say that I love what you’re doing and keep it up!
check out my new blog if you want to know more about me : http://www.loubnalhr.blogspot.com
Take care, greetings from morocco! xoxo

Hi Loubna! =D. thank you! thank you thank you and thank you! xD. I am very glad to know that I have another reader =D! do keep reading! appreciate it loads =P. I’ve only written briefly on Japan. more to come!