there’s actually 2 aquariums which are pretty famous in Seoul. one’s Coex Aquarium and the other’s in 63 Building at Yeoido. it was pretty hard to pick but after doing some research, I found out that this one is supposed to be bigger. so Coex Aquarium it is! 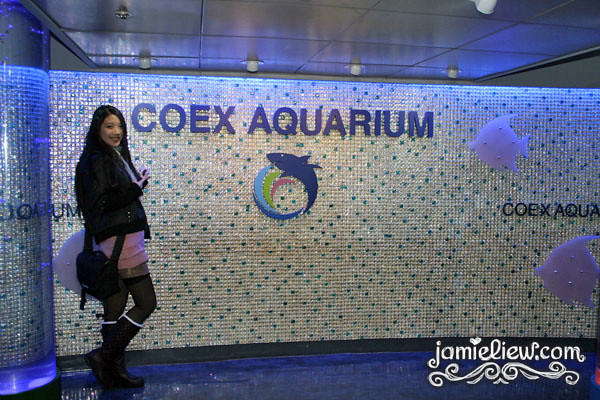 the entry fees was pretty shocking at 17,500won. that’s like RM50! holy cow. I wonder if it was worth it but since I was there I just went in anyway. 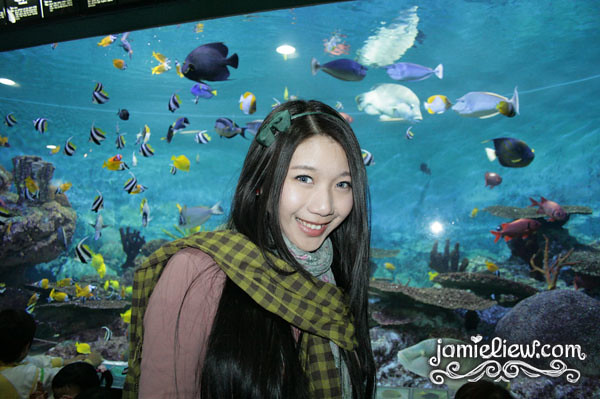 the size of each aquarium is really pretty big and there were quite a number of interesting things to see. =D. as for this tank, it was pretty much what you’d see if you went snorkeling, and more. I went snorkeling once at Phuket. I didn’t like it because I got super tan and there were not more than 5 types of fishes. >____>”. I guess that is why people prefer scuba diving. so if you wanna see a huge range of coral fishes, might as well go to an aquarium =X. 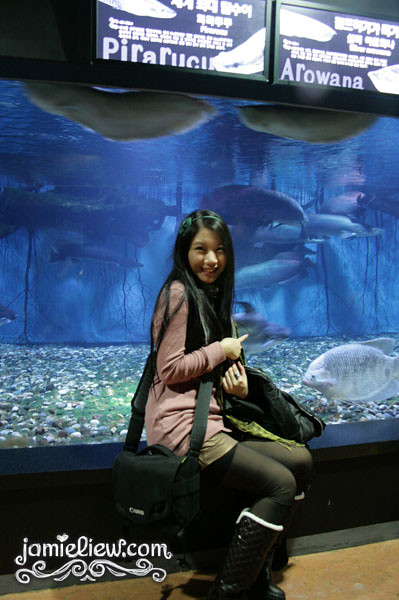 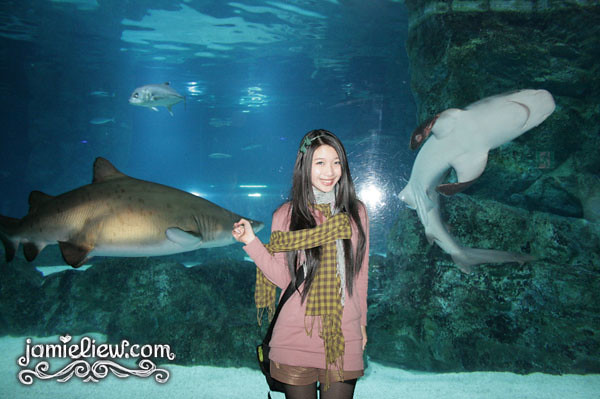 it was a lucky shot with two huge sharks swimming beside me! the awesome part of this aquarium is definitely the amount of fishes they invested in. many aquariums would only put a few sharks in them, but they had so much more! so I couldn’t blame the expensive entrance fee. 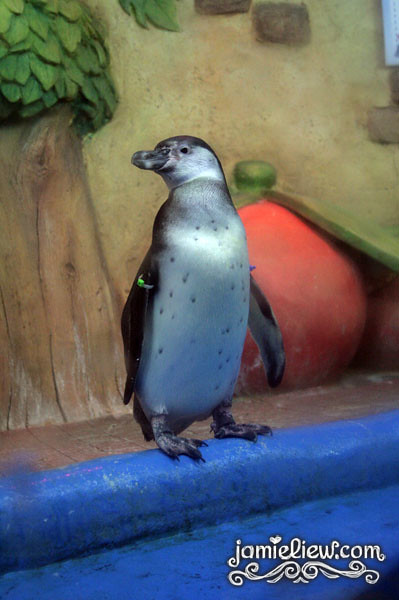 PENGUINS! who doesn’t love them. they have such cute short legs! 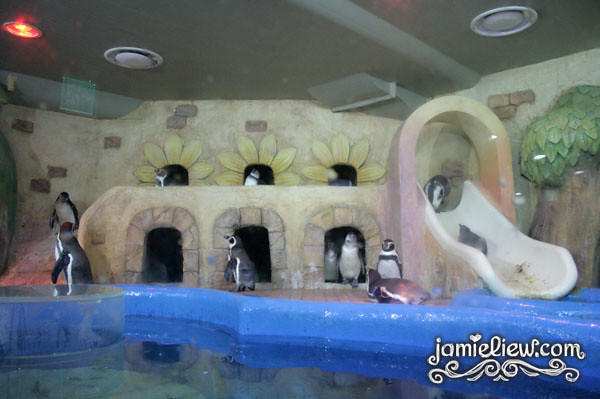 and a playground of their own! don’t they look happy? T_T. 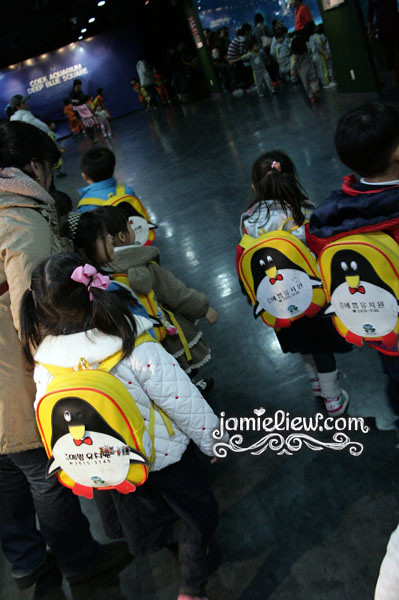 the kindergartens in Korea are so thoughtful! they actually pay attention to the design of the bags of their kids! *sniff sniff* I would be so glad if I don’t have to force my parents to buy me cute bags because my school prepared super cute ones. 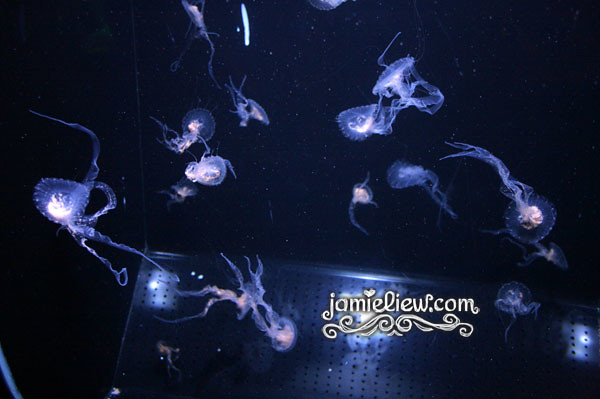 my favourite jelly fish! I still want them as my pet. pfft. 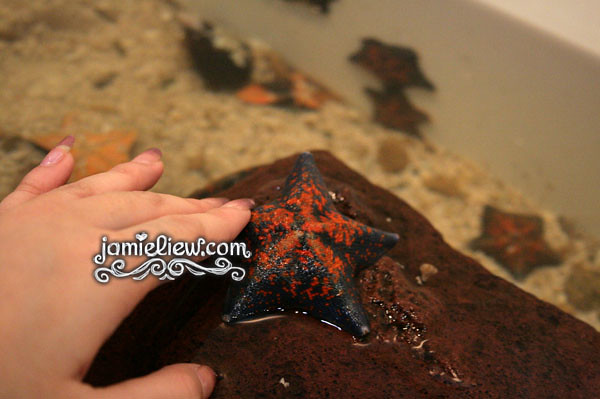 starfishes are.. hard. they feel like a bear’s palm. yes I touched a bear’s palm and it was a very scary experience because that bear was HUGE. one scratch and I’ll have a scar. for life. U_U. then the 2nd most horrible animal experience was elephant massage I thought I’d have broken ribs but the elephant was really gentle when it stepped on me T_T. 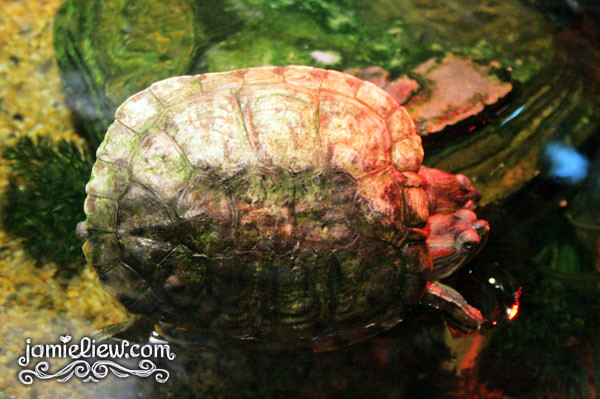 look at this adorable tortoise! or.. tortoises? 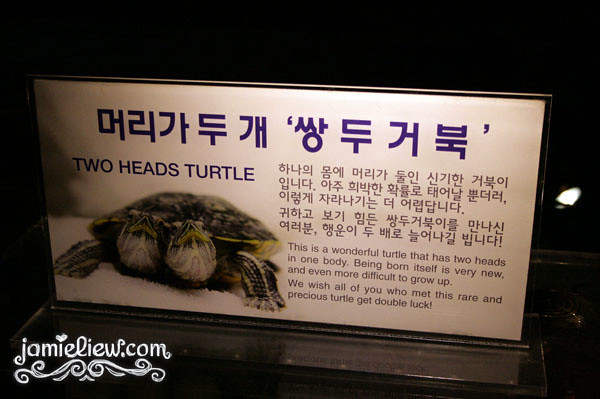 it have two heads! I really wonder which head gets to control the body. or.. do they fight mentally to move each arm? or maybe they each get to move one arm and leg? hmmmmm.

next, the fish that got me staring at it for minutes. 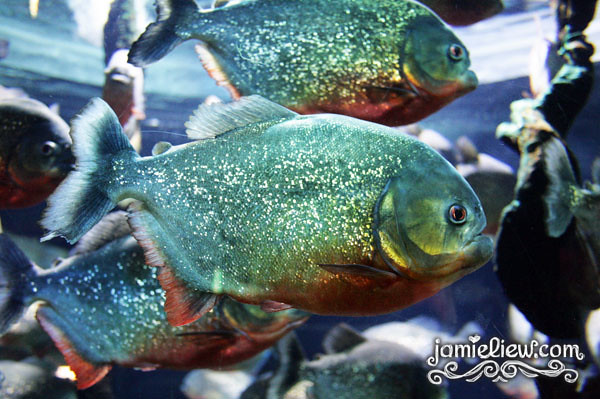 I swear their body looked like glitter. these are..

all beautiful things are dangerous.

there’s a feeding session on every Wed if I am not mistaken. my shot of these Piranha’s ain’t pretty because I have awesome photography skills but they simply don’t move! at first I thought it was fake until one suddenly changed its position. and it swam so swiftly you’d probably miss it if you weren’t concentrating. 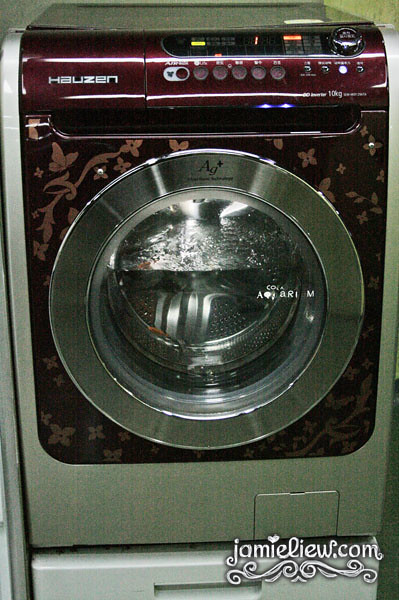 this is a designer washing machine designed by my favourite fashion designer. his name is Andre Kim. =’). he passed away not long ago but his work definitely made him a legend!

there were many other stuffs like basin, fridge, bath tub, lamp poles and so on. everything with fishes in it! even the vending machines have fishes in it! 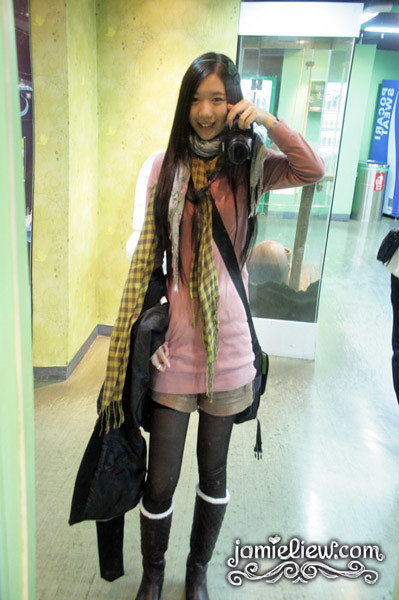 it was like a playground for kids too. they have mirrors to make you look tall! =D. 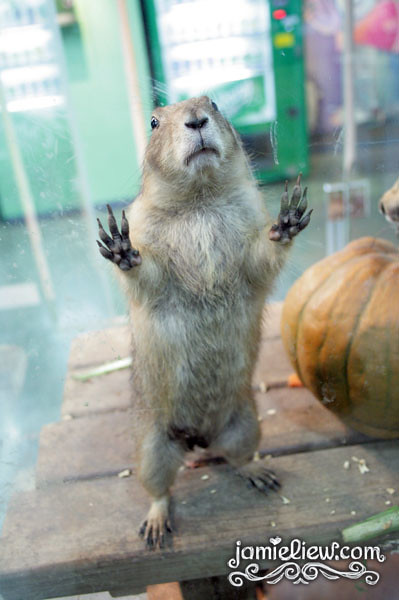 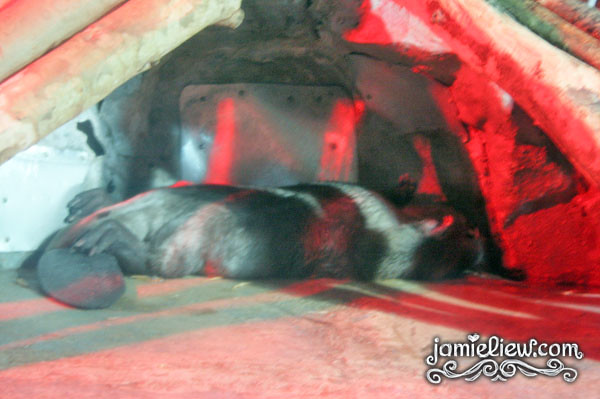 the way this Platypus sleep is super cute! it’s mouth was open you know? so fun looking at it xD. 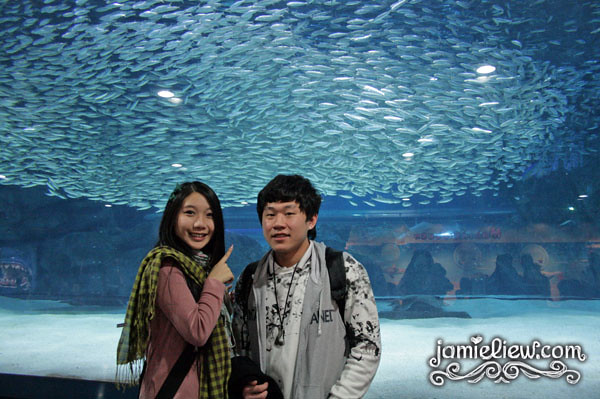 the last stop. a SEA of fishes. their wave really wow-ed me. they swam around forming tornadoes here and there!

all the tanks are really huge and there were plenty of things to see. but it definitely wasn’t long enough for me. I kept wanting more =X. it’s really fun but I would still say it’s a litttttttle pricey. fuh! lucky I had student price when I went there last year. =P.

oh right, if you are 18 (or 19 Korean age) and below you’re eligible to get teenager prices in almost everything! so don’t pay more than you should! but the cons are you’d be considered too young (a minor) to enter any clubs or bars there =P. 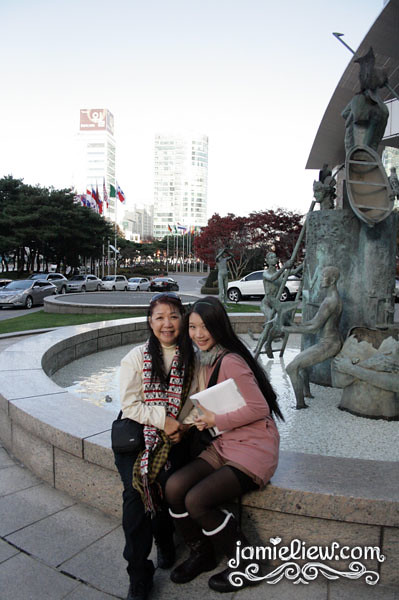 outside Coex. Coex is HUGEEEE. it’s the hugest underground plaza in Asia! even if you’re not interested at looking at those fishes, at least visit Coex Mall!