so after 나미섬 Nami Island, it was only 6pm. and it was THAT dark. 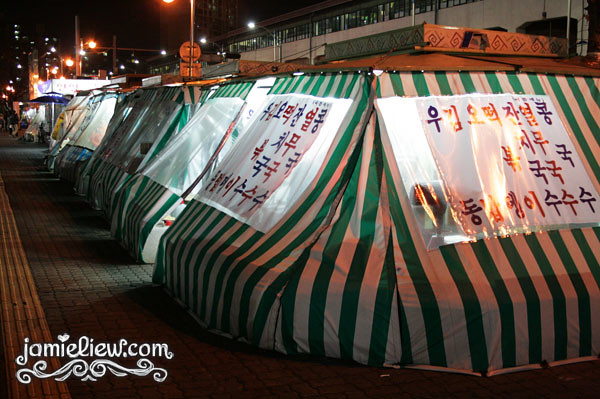 we then headed to COEX mall, hoping we could still visit the aquarium. but sadly, it was 7:30 and that place closes at 7. U_U. 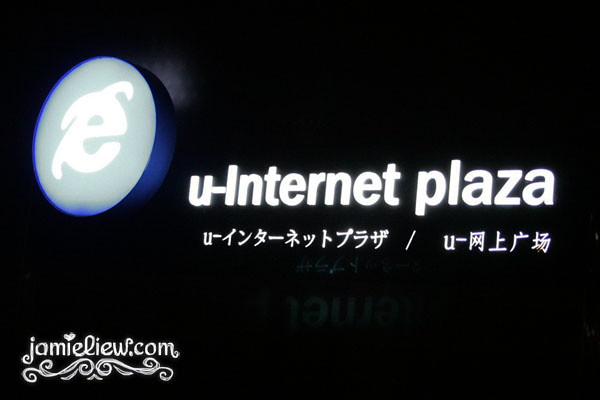 what’s so fantastic about COEX, is the INTERNET BOOTHS. 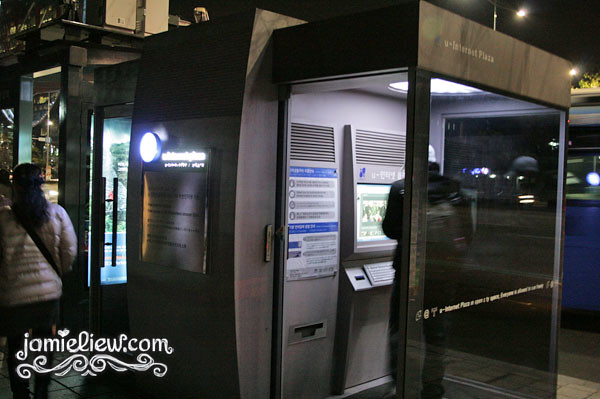 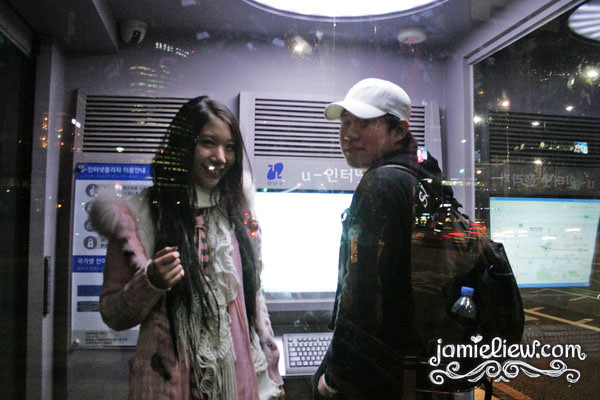 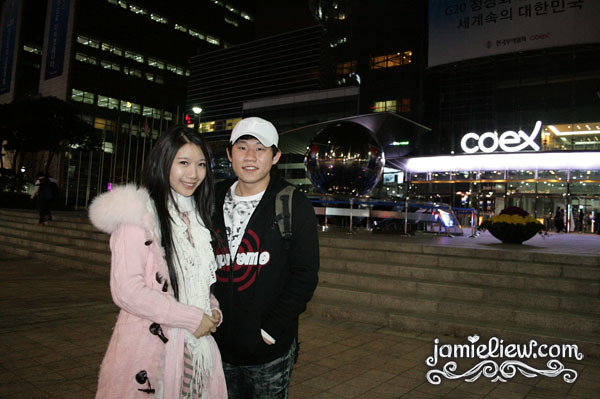 COEX is like, the BIGGEST mall I’ve ever been to. well, it IS the BIGGEST underground shopping mall in Asia. =D. 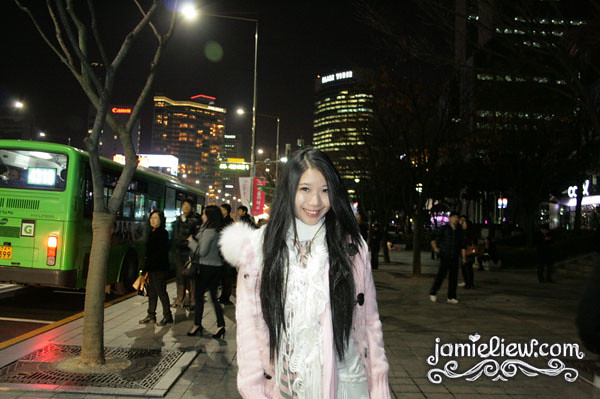 the streets of Gangnam; the place you’d see lots and lots of barbie and kens =D. also, filled with rich, fashionable people. such eye candies! 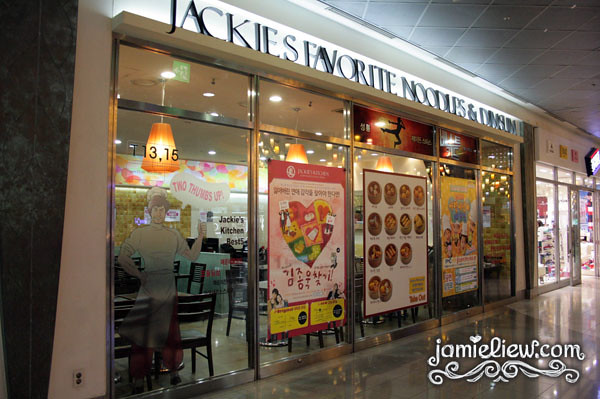 this shop totally attracted me. it’s so cute. and it’s chinese food. it’s weird how noodles go with dim sum. but this is how it is in Korea! =D. well, it isn’t weirder than that rice burger in HK’s McD. as in, other than bread, they used rice. 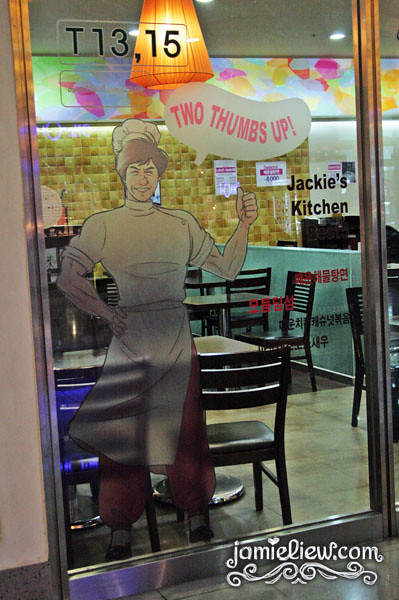 that’s so Jackie Chan! but since when he could cook too?! hehehe. and that’s only one thumb. haha. xD. 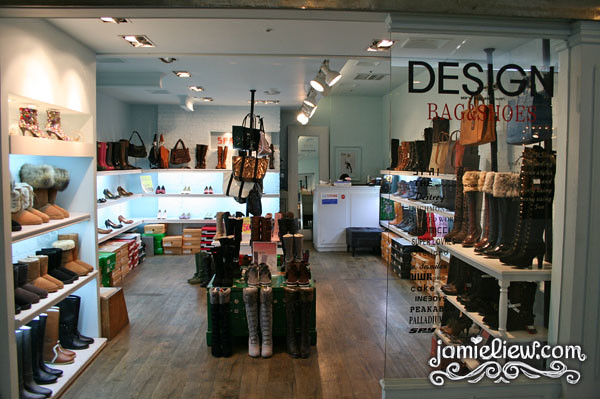 look at the LENGTH of those boots please. the one on the right. farrr right. you’d show no skin even if you wear shorts. haha. 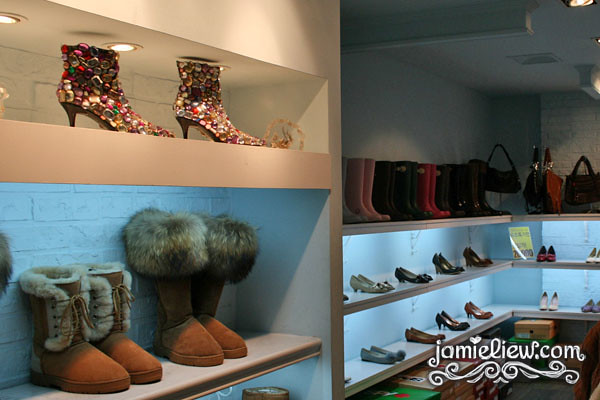 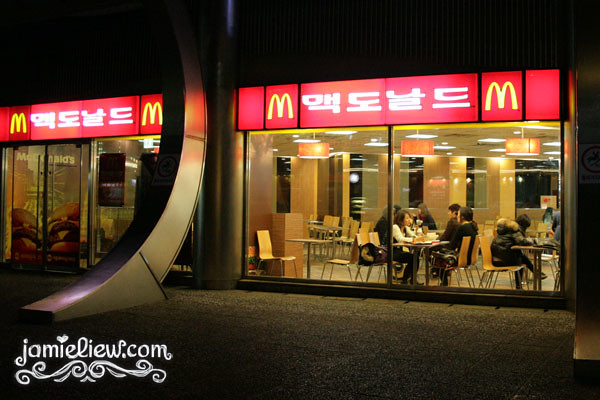 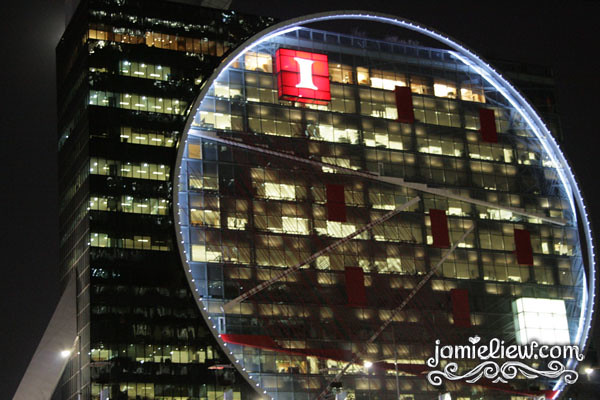 don’t know what building this is. but it’s FAB! =D. architecture in Korea is NUMBER 1. modern architecture. might not win Dubai but it’s as good! 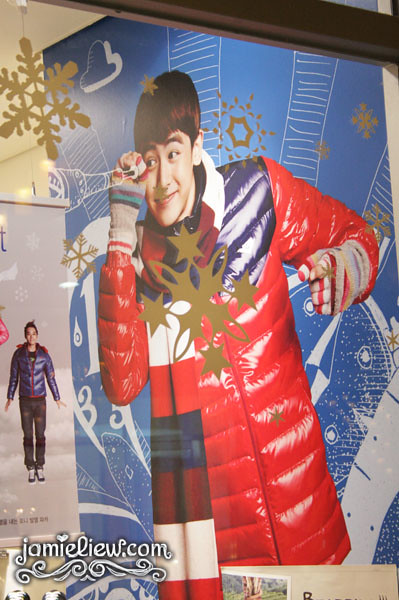 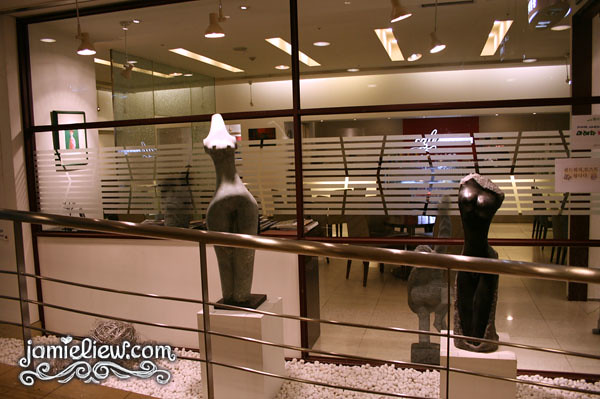 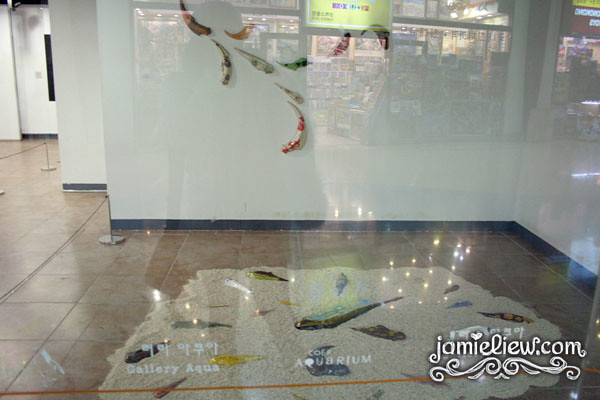 <3. beautiful room installations. COEX mall is filled with all these pretty little things. and also a WHOLE LOT of shopping. there are plenty of accessory stalls and also those.. cute notebooks.. handphone accessories.. camera straps.. and so on. =D. definitely must visit if you’re in Seoul for more than 5 days! 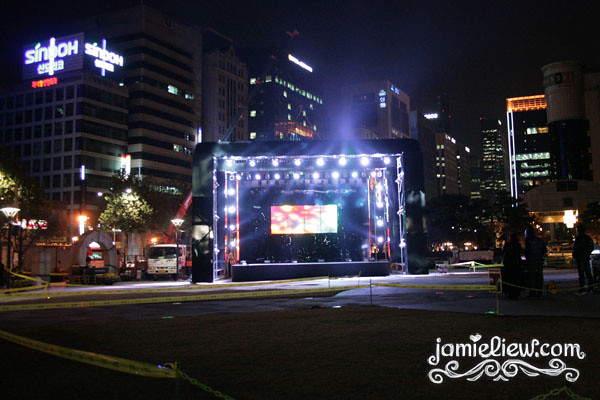 outside COEX. they were filming a movie/drama. I don’t know what but they were just preparing. there were at least a hundred people hired behind me to become the “fans” on the set!

NEXT STOP, 동대문 DONG DAE MUN. I’ve read that stalls here open until 5am. but I was wrong. I went there at 11 and many shops were already closed =(. they were not ENTIRELY closed. but more than half was. 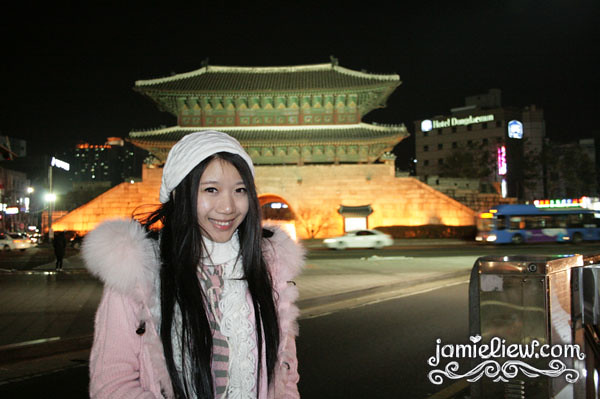 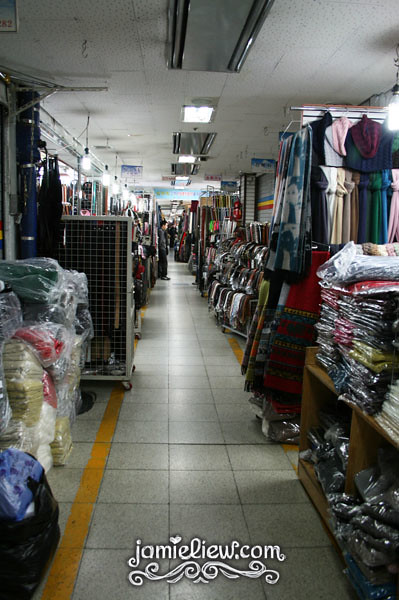 inside the buildings. it reminded me a lot of the whole sale market in Guang Zhou China. but it was definitely must brighter and cleaner! 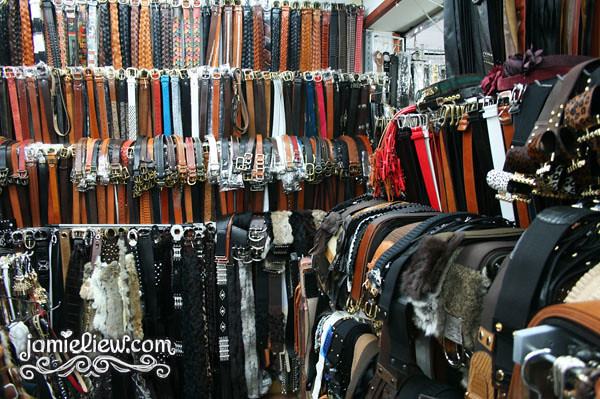 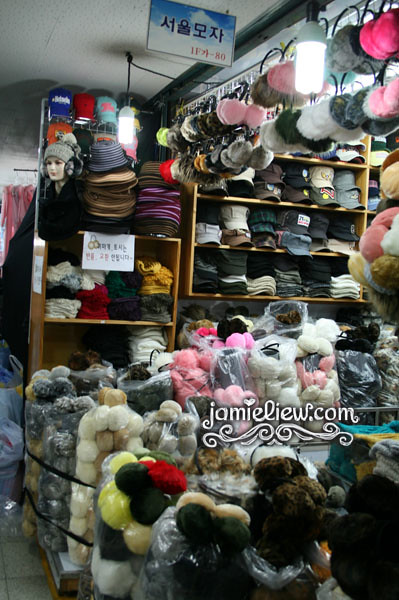 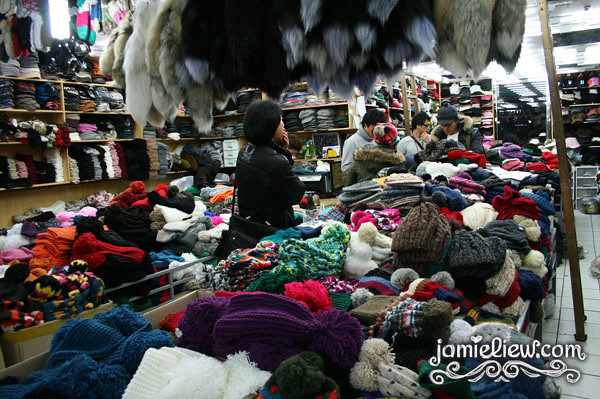 beanies and fox tails above. fox tails are some really famous handbag accessory just because some celebrities took a picture of their handbag with a hugeeeeeass fox tail. haha. but it was definitely cool. not too cool for Malaysian weather though =P. and it’ll definitely get dirty using it here. haha! 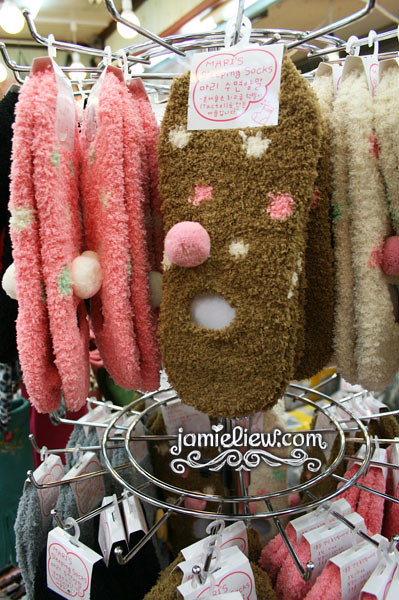 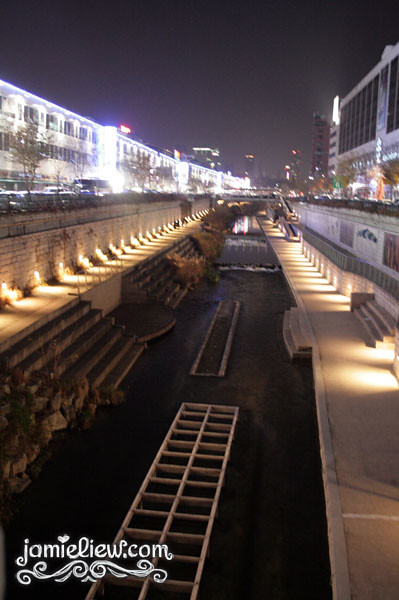 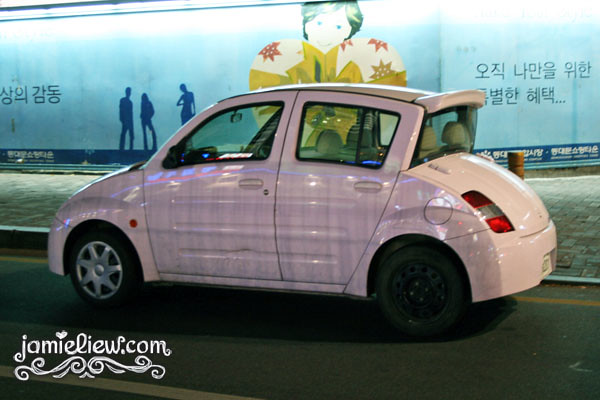 I call it the froggie car. don’t it look like a frog? haha. 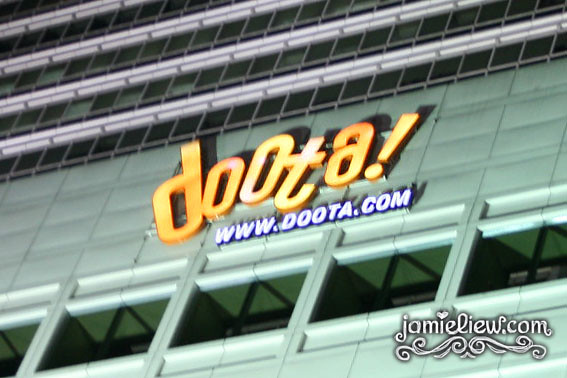 DOOTA MALL! the famous famous one. NOW THIS is until 5am. 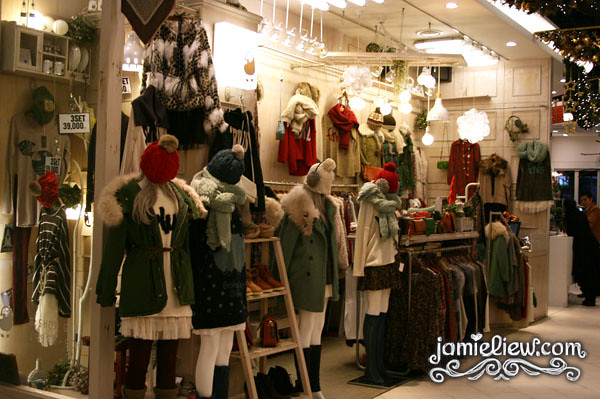 but the clothes are really overpriced =(. but it’s really pretty! =D. 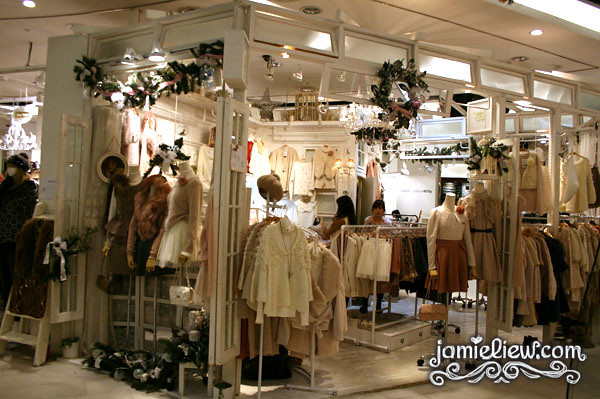 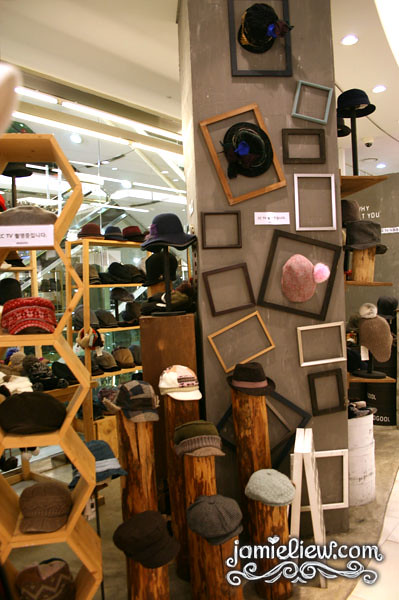 I am very envious of how the Korean designers brain work. how come they are soooooooo freaking creative.

it’s been 5 months since I’ve been using a smart phone. tsk tsk tsk. and I absolutely love it. I can go online where ever I want. even on the bed. I can watch dramas while doing my business in the toilet kekeke and I can also check for informations when I REALLY needed the help of the internet plus the GPS in my phone helped me and my friends save time from being lost. I think I can’t live without a smart phone. it’s like, once you had it, you’ll never turn back.

seriously, if you’re not using a smart phone, it’s either you’re REALLY OLD or you’re just plain outdated. but no more worries because Celcom have packages for EVERY TYPE OF SMARTPHONES. they have so many smartphones ranging from Andriod, Windows, Symbian, Blackberry and the latest, iPhone4.

okay, so you should be thinking, WHY Celcom? well, did you KNOW that Celcom has the largest network coverage, best network quality and also a very stable connection? and what’s more? REASONABLE PRICES. they have one of the LOWEST prices for smart phones. really!

these are too good to be true. and.. did I mention that iPhone4 is ON IT’S WAY?

visit www.celcom.com.my/smartphones to be one of the first people to know of the iPhone4 packages with Malaysia’s best smartphone network!

Hello,I wanted to know that whether Korea has snowing in end of February?

errr… I don’t think so? because it’ll snow at the end of November =). but according to my friend living there, no. =S.

hello 🙂 i will visit korea at the end of December..can u give me tips for what should i have for winter season?
it is will my first time winter hihihi gomawo

hahaha ok ,I will wait for your blog about winter season 🙂

I think you’re so cute. I’ve been addicted Korea/kdrama/kpop for years. But since I live in Turkey, I don’t know even how is “real” Seoul. I know from just kdramas and a little from internet/google. 😛
I want to thank you!! It’s so nice, you had took many photos. I am really happy to I found this blog.
Now, I know what should I see or do If I go Korea!! I hope I can go. (I’m 15 ad my mom thinks I’m too young to go Korea alone and its too expensive to go there 2 people – for Turkey – ) TT-TT
At least, you give me a chance to see these places.
Am I crazy ? Do you think this at the moment? No I’m not! >< I just want to go Korea, China, Amerika etc. 🙂

Hi Dear, the phone price u mention here….does it mean buy off rack no need contract? and by the way do u know where to buy not so expensive phone like in malaysia or singapore without contract in Seoul?

Will be going to seoul in aug… any nice place to recommend for latest n not so expensive electronics thingy like mobile, computer part?

Btw I have finish really ur seoul blog….very very nice

I am thinking of traveling to Korea. Right now the plan is for October so it was good to see your beautiful autumn pictures! I have only a week and I am planning to do some shopping there as well. I have looked up the sales period in Korea and they seem to be in January, April, July and October. Do you know when exactly in October so that I can time my visit to coincide with the sales? Cheers and thank you for your help!