it is so hard to believe. I turned 19. it’s like, way over sweet 16. T_T. I sound old now. I don’t understand how can I still feel so young and childish. I really need to grow! even though I don’t know how will I eventually grow hahahaha.

besides, it’s my last year of being a teenager T_T. oh my. 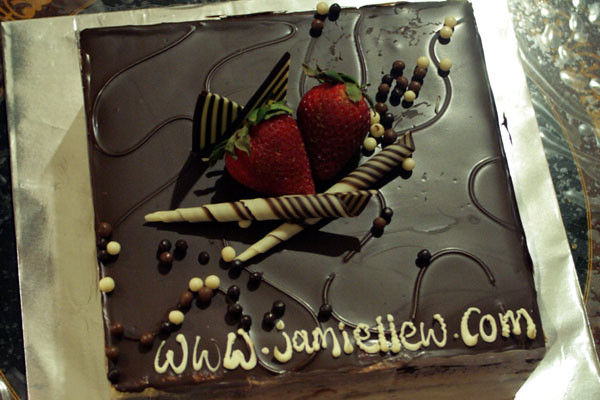 this is my Opera cake. Opera cakes are awesome. they taste fantastic! looks fantastic as well! 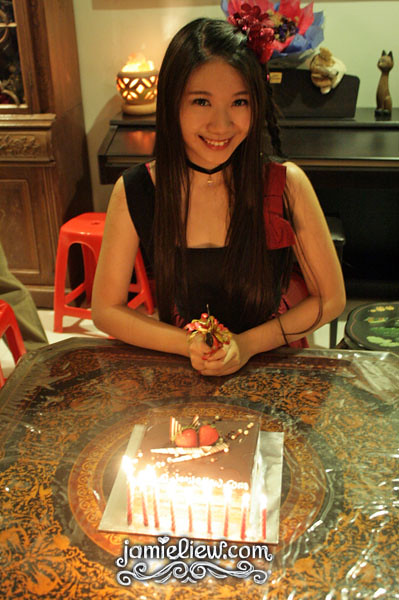 my sister went to fetch my cake and she only took.. one candle. either she’s insulting me that I’m way too old to show my age or.. I am just 1/10 years old. pfft. so my mom digged al the extra candles (though all in different HUGE sizes) and ALSO because the cake’s surface is.. pretty much of a slab of thick chocolate, the candles would ruin the cake. so we stuck it outside. so, there’s 9 candles in various shapes OUTSIDE the cake. 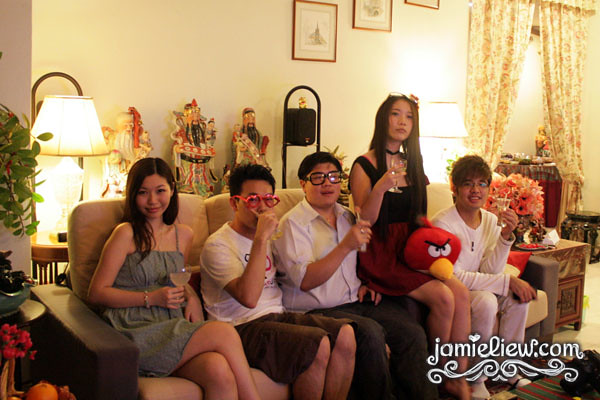 I am imitating my angry bird. can’t you see? my angry face?

I told everybody to dress like a little kid, and if they find it too difficult then dress weirdly. haha. most of them weren’t even weird! PFFT. 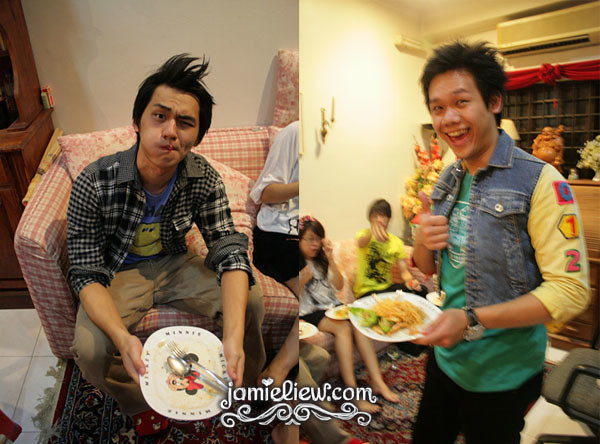 but at least these two best buds of mine were super sporting. they did accordingly! tsk tsk very touched <3. 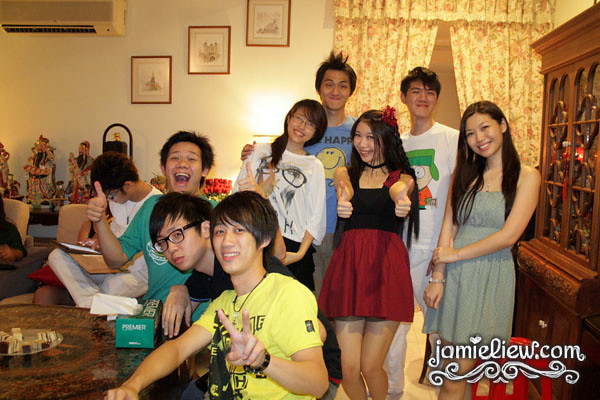 THUMBS UP FOR MY BIRTHDAY! coughs. see? most of them aren’t following the theme! 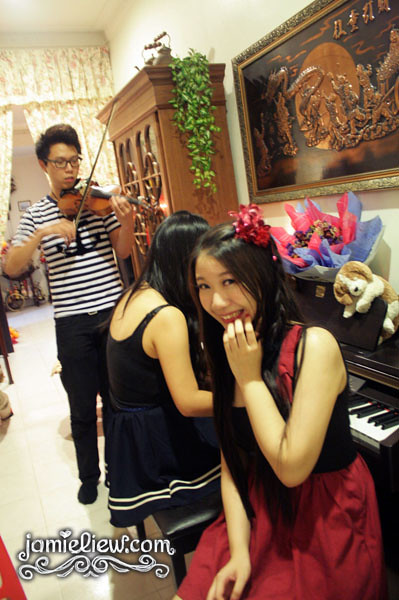 I was really touched that Mandy (and her BF) prepared a few pieces for me T_T. it’s the first time somebody actually performed for me U_U. I’m so touched T_T. and that is my touched face. you know that is the true touched face. those on dramas look sad! 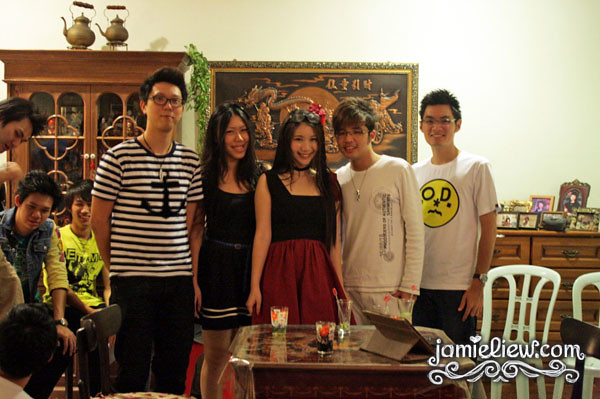 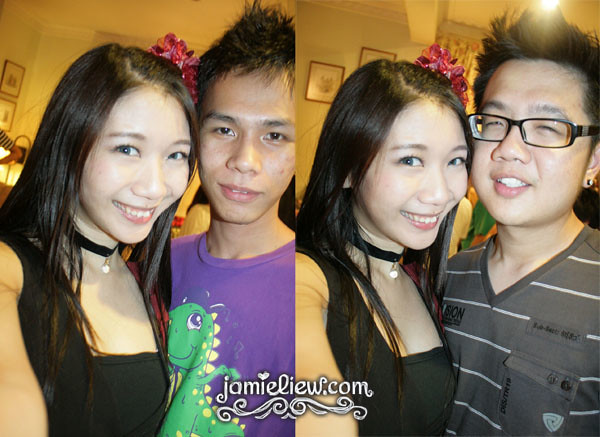 Bryanlyt and Jason/Smashpop. =D. awww. they came again! these two. are my really really old blogosphere friends. one of the first few I met when I started blogging. and they are so famous pfft. look for their links on the left side <<

and if you already know me. you might as well know that I am very.. weird. my expressions are practically what you’d see in your comic books. and of course, I hang out with people equally as weird. 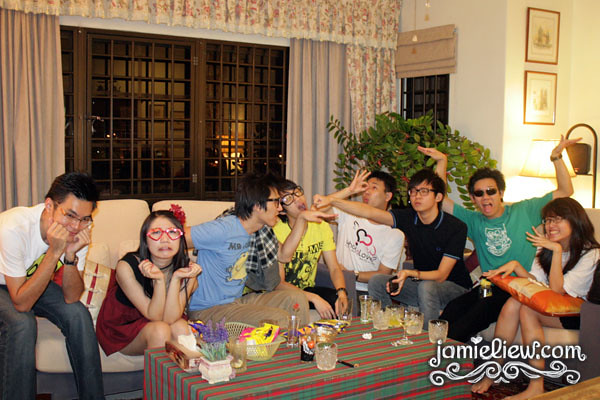 but I’ve always felt as if I were the weirdest. because I am like that everywhere I go. o__0.. 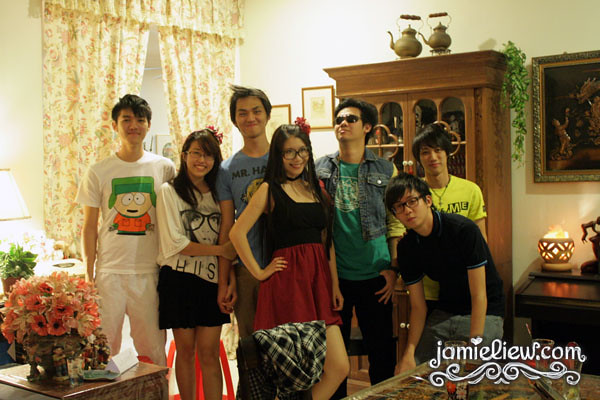 the heroes. only 3 of us in the middle lah! =D. because we are hero enough to dress like that WAHAHHAAHA. Darren’s jacket and sunglasses was my idea. and he made it even better when he wore his sports shirt in it. AWESOME!!!!! 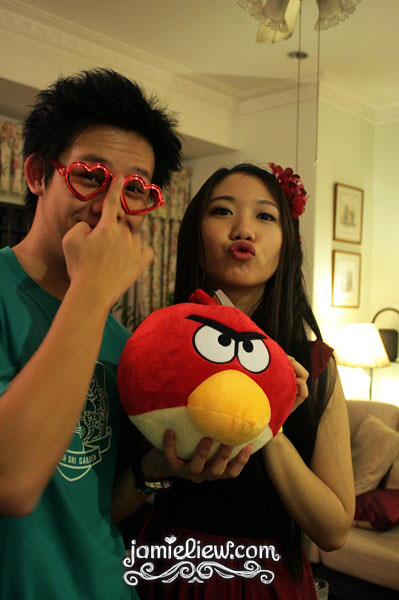 I haz a beak too. 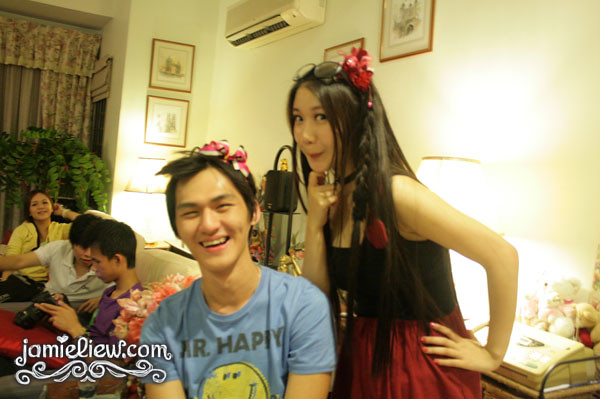 he haz a ribbon on hiz hair too. AWW! 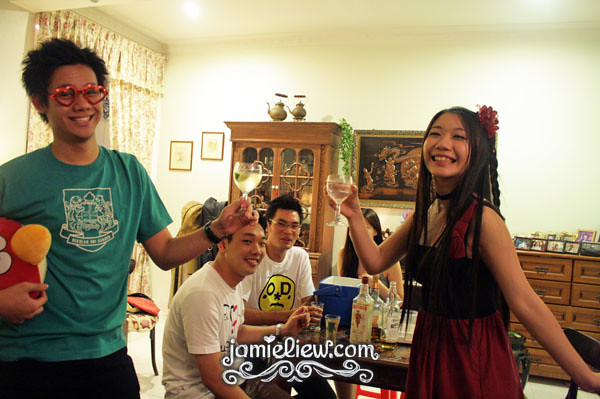 I wasn’t even tipsy that day. just.. maybe high on sugar. teehee. 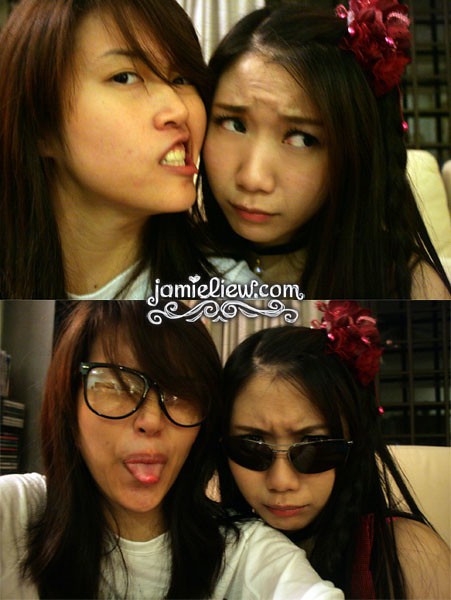 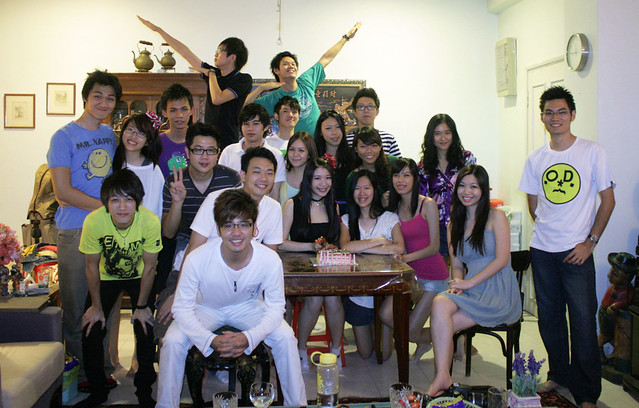 thank you all for coming <3. I appreciate it. A LOT! and oh! if you were wondering why this year’s one is so.. tiny. well, almost half couldn’t come because of mothers day and I knew that would happen haha.

also, there are so many people I want to thank T_T. nobody was actually free on 9th itself. mainly because it’s a Monday. I thought I was going to rot at home. alone. 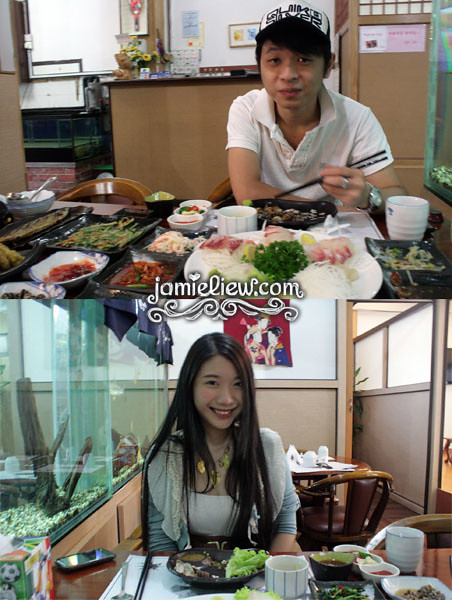 until the day before, Lam Sem asked me if I would like to go for lunch! =D! YES PLEASE! a few days ago he told me about this korean sashimi restaurant and I got SO CURIOUS because I’ve never had sashimi in a korean restaurant before D=. so we went there for my birthday! =D. it was awesome. I hadn’t meet him for a long while and there were so many things to catch up on. we met because of o2jam(a game) and he’s my in-game husband wahahahha.

the restaurant is located at Ampang’s Korean village. same row as Lotte Mart. right at the end. that one with red bricks. 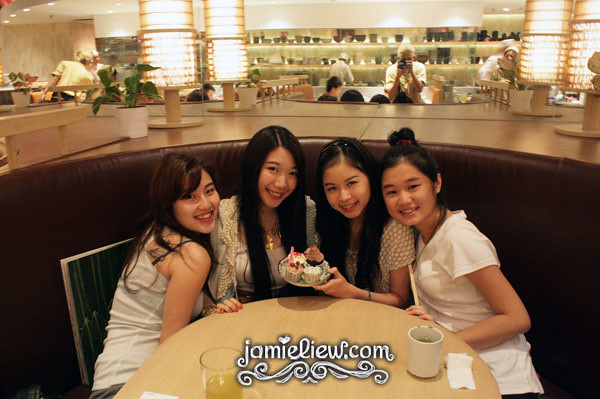 and for dinner, these 3 best friends, Ginny, Vivien and Natalie were there to accompany me through my 19th U_U. *touched*. it was a fun girls day out =D =D. talked and laughed the whole night! I think this year’s birthday pretty much pawned every other year. =3. 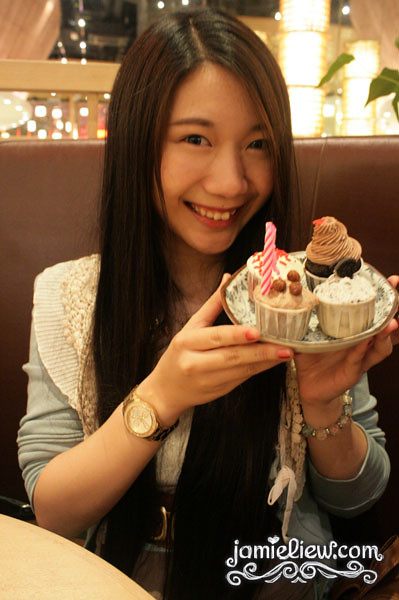 their gift to me! <3. AWWWWWWWWW. it was so cute the waitress got so interested on where it is bought and how it tastes like. it tastes really good in my opinion. usually cupcakes are only nice to see. but these wondermilk cupcakes tastes wonderful, just like the name =D.

and Natalie and Viviens sang so loud both me and Ginny got shy! but it was so fun, I have to admit. <3!!!!

are you already infected by Kolony?

not long ago, Celcom have launched what is known as the KOLONY. it works something like twitter, but you can do it anywhere, anytime, without data plans and smart phones. just DING (message), BOOM (update), FREN (friend!) and POPP (comment) your friends!

all you need are KOINZ to roll in Kolony. how? it’s very simple. all you have to do is just make calls on the NEW XPAX PLAN! every single call you make will earn you KOINZ!

the rates for the NEW XPAX plan?