Hi. I am really thankful that I am back from Japan. first, it was the earthquake, then, the nuclear plant leaks.

my friends who’s still in Japan, I really hope they could make it home safe as soon as possible. I was one step late in knowing about my coll’s student exchange program to Tokyo and I thought I was unlucky. but now, I think the otherwise. my friends who are now there for the program had to cut short the program and come back a week earlier. and even so, much fear have been gained from their trip. now, the nuclear leaks, I wonder if it’s even safe to be outdoors even for a while.

people of all races and beliefs, please pray for Japan. it was such a peaceful and beautiful country, especially when the sakura season is so near. the homeless must be cold. let’s pray for those who are stranded to be found, that Japan will regain their strength. 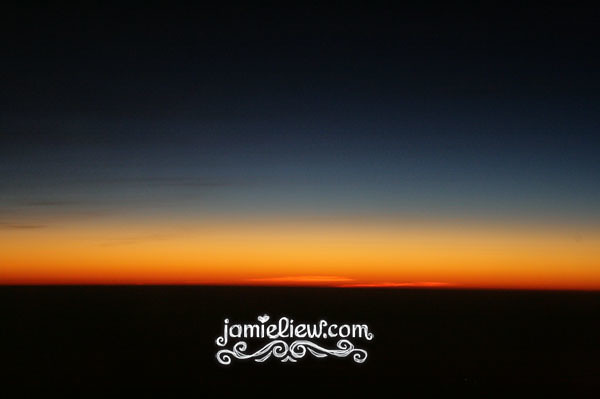 the Sunset on the plane. 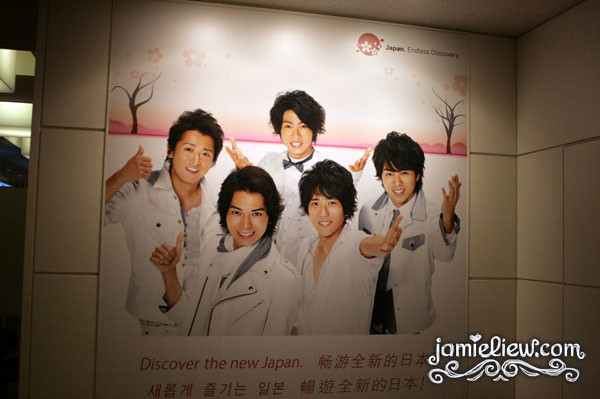 upon exiting immigration, you’d be greeted with Arashi’s handsome boys. errr. but honestly, hot guys are everywhere in Tokyo, and most of them look as good or even better. and to my surprise, most of them are pretty tall! (I’ve always had the mindset that Japanese guys are short. =X.) 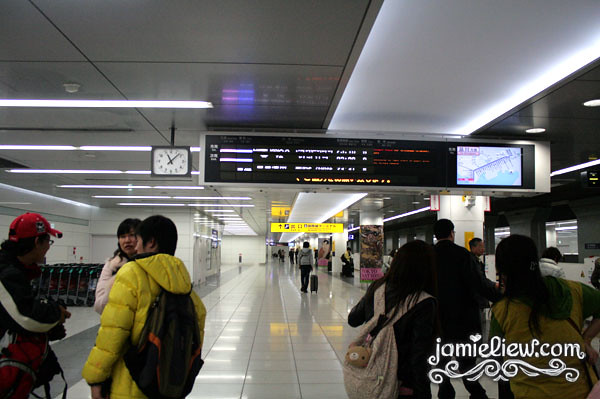 OKAY, so one of the worstttt things you’d have to worry about when you reach Haneda Airport so late at night is TRANSPORT. taxi’s are madness. it takes 8000yen to get to Shibuya. and the thing is, Haneda is not that far from the city, really.

SO, the best way is the train, and it only costs 400yen to get to stops like Shinagawa. and now your problem would be, landing late. this is no problem because the train operates until slightly before 1 (JR Line). the other lines closes around 12pm. best is that you stay at areas reachable by the JR line to be safe.

if you’re taking an AirAsia flight to Tokyo, you’d probably land at 10:30pm and you’d get your luggage and get out of the immigration at 11pm. Haneda airport is very efficient, so there’s no waits for immigration as there are many counters.

as soon as you get out, get to the train station ( right in front. if you’re not sure, ask anybody for directions, best if its the guards, or the people at the tourism info center, they speak wonderful english and everyone is very willing to help!) buy your tickets, and if you have luggages, it’s best to take the elevator. =). 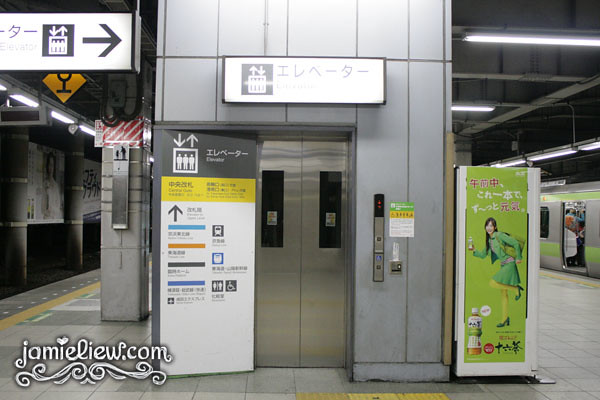 they are everywhere, in most major stations. 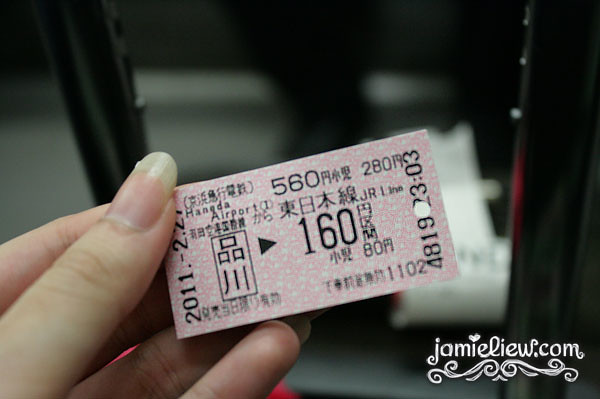 the funniest thing about their subway is the SIZE of the tickets. it’s so tiny. so so so tiny I thought it was a receipt at first and it took me a few seconds to finally realize that they ARE tickets. and you buy your tickets according to the price. you don’t get to choose your location on the machine. so ask the people at the information desks if there’s no english railway maps, tell them your destination and ask them how much will it be. again, they are very willing to help. 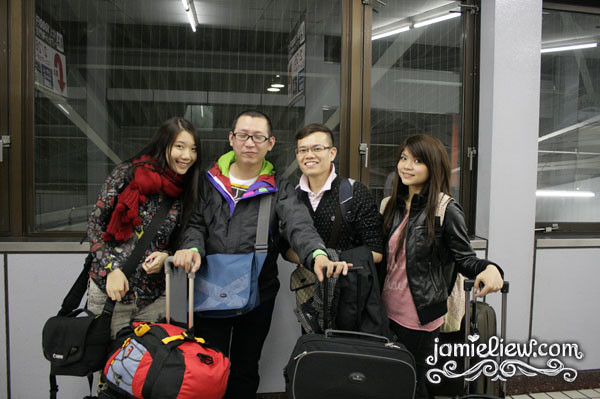 but I was pretty lucky, I didn’t have to go through all the fuss of asking people around on the first day (taking the subway the first time in Japan is pretty confusing, gets better the next day.) I met nice Malaysians on the plane who are very familiar with Japan to help me out =D. 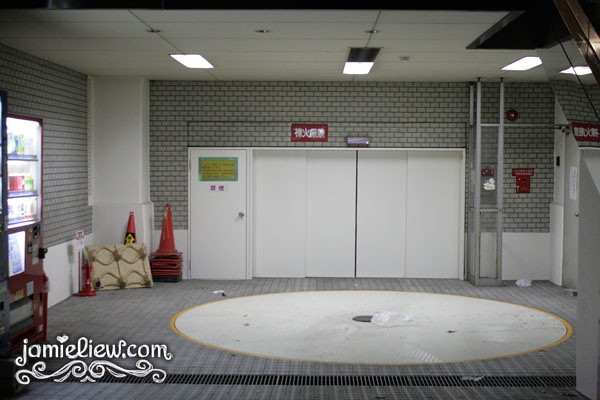 on my way walking to my hotel, I saw this. do you know what this is?

AUTO PARKING! and these are so normal to them, you can see it everywhereee. 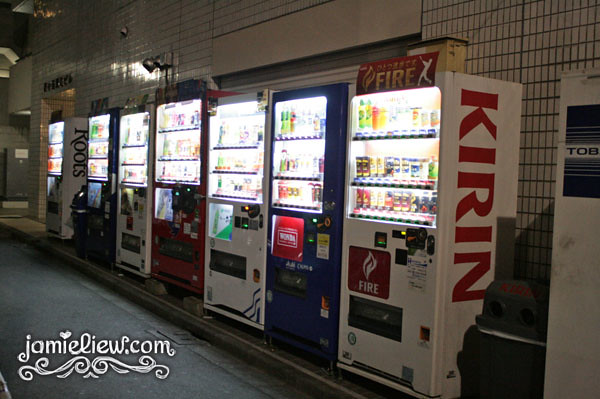 and not to forget, vending machines. EVERYWHERE!!!!!! 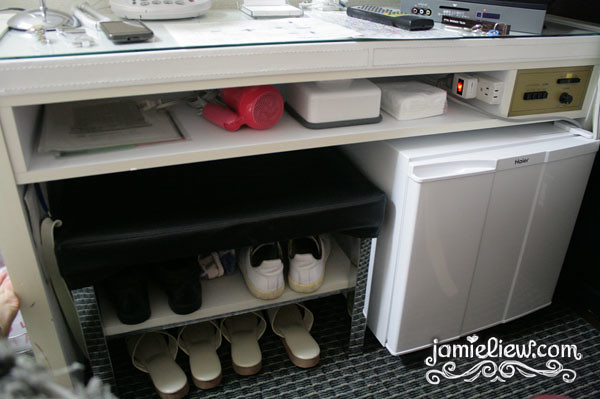 the rooms are really small in Japan but they made use of every corner and you’d not feel uncomfortable living in them.

always check out where your hotel is through google maps and make your own little map to get to your destination from the station you’d end up at. I made mine by counting the number of crossroads. silly but very effective.

hello! can i ask you where did u stayed in tokyo? the thing is we bought air asia ticket (exactly the same arrival as yours,10:30) can u tell me what hotel did u stay in? thank you very much!!

Hi, I am afraid to tell you that the hotel I live in is pretty inconvenient to get to at night from the same flight. it’s a 1.3km walk from Kanda Station because the other stations wouldn’t operate late enough. =S. had a friend whom knows japanese to help me out to find the directions in google map and personally drew my own little map. it was a LONGGG walk. but I found it anyways =).

Good info, as I’m planning to visit Tokyo for the cherry blossom season this year!
But I think there’s a typo’The other line closes around *12am’
Have a good day 🙂